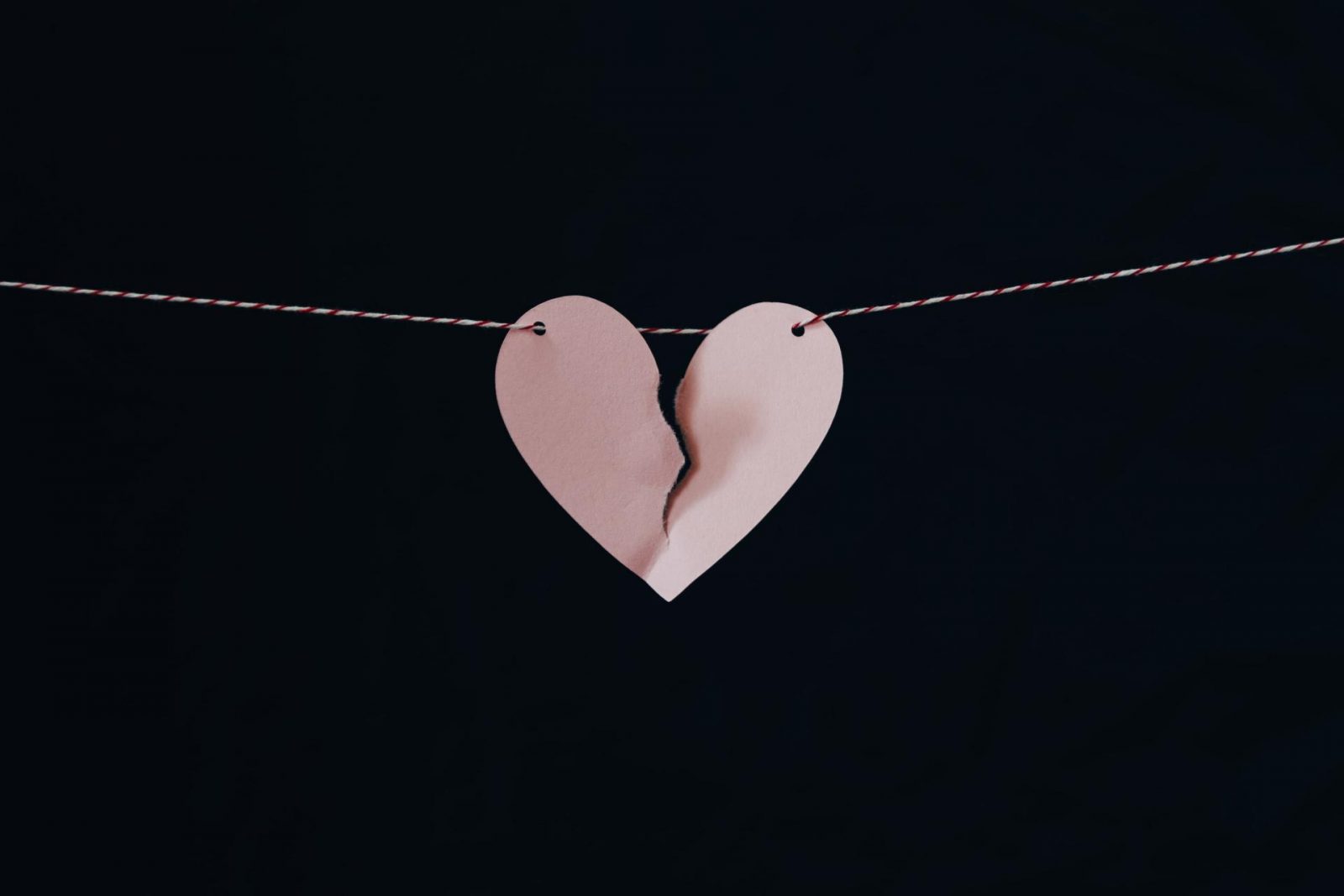 Hello. Is anyone still here? It’s been a while.

You might be wondering what happened to me. Nine months ago, I just disappeared. And, after religiously updating this blog weekly for the past eight years, that might have seemed strange.

That’s because this was supposed to be the post where I introduced you to my new baby. What would follow would be a series of posts about my postpartum recovery; my triumphant return to fitness and running.

But unfortunately, I can’t do that. Because my baby died. His heart stopped just five days before his due date. This blog is not the place for me to tell that story, but I have shared my baby’s story on the Tommy’s blog. This is a baby loss charity who helps support women like me who have lost a baby.

It wasn’t supposed to be this way. And that’s the trouble. When you live your life so publicly online as I did, prior to June 1st, 2020, it’s really tough to know where to go when things don’t go according to plan. I didn’t know what to do, so I just did nothing. I abandoned it all. This blog. My Instagram account. All social media.

I also kind of abandoned life too. I haven’t returned to work. I’ve grown distant from many friends and family. And, I never really reconnected with running in a positive way.

That’s left me in a weird place where I’m just trying to rebuild a new identity for myself. One that includes the phrase, “bereaved parent.”

I thought about updating this blog dozens of times. The truth is, I miss it. But I just couldn’t see a path forward without addressing what had happened and that made me feel too vulnerable. For a long time, I was too fragile to share what happened to George (that was our baby’s name, by the way). I realised that my blog was not an entirely honest presentation of myself. It was a highlight reel. Flat and sugar-coated. And if I ventured into writing about George, it felt like opening Pandora’s Box. I wasn’t ready.

After George died, I was desperate to get back into running and fitness. My postpartum body was a constant reminder of loss and failure and I hated myself. I had a huge disgust and mistrust for my body and I wanted to go back to my old self as quickly as possible because simply looking in the mirror was enough to make me cry for hours. When you’re pregnant, everyone tells you that the physical strain and changes to your body will be worth it. That’s really only true if you get to take your baby home with you. When you don’t, your body becomes something you’re ashamed of. It was supposed to keep my baby alive and it failed. It was supposed to know what to do and it didn’t. And I hated myself for it.

In the absence of someone to point the finger at, the easiest person to blame is myself. I don’t know how many therapists or medical professionals need to tell me it wasn’t my fault before I start really believing them. I think I will always carry around a feeling of guilt about George’s death. It’s like a bad scar. It fades over time, but it’s always there.

So, as soon as I was cleared for exercise by a GP, I tried to run again. But there was no joy in it. I forced myself to go out and run multiple times and it never made me feel good. I’d often end the run crumpled in the grass somewhere crying.

In an effort to restore my love of running, I signed up for one of the first socially distanced events I could find. It was a 10k run in Kew Gardens in September. I thought having a goal would motivate me. I barely trained. I ran one sluggish 8km before race day, and then dragged myself around the course. I was proud to have done it, just three months after giving birth, but it didn’t give me the high I wanted. When I crossed the finish line, I felt nothing. Literally nothing. 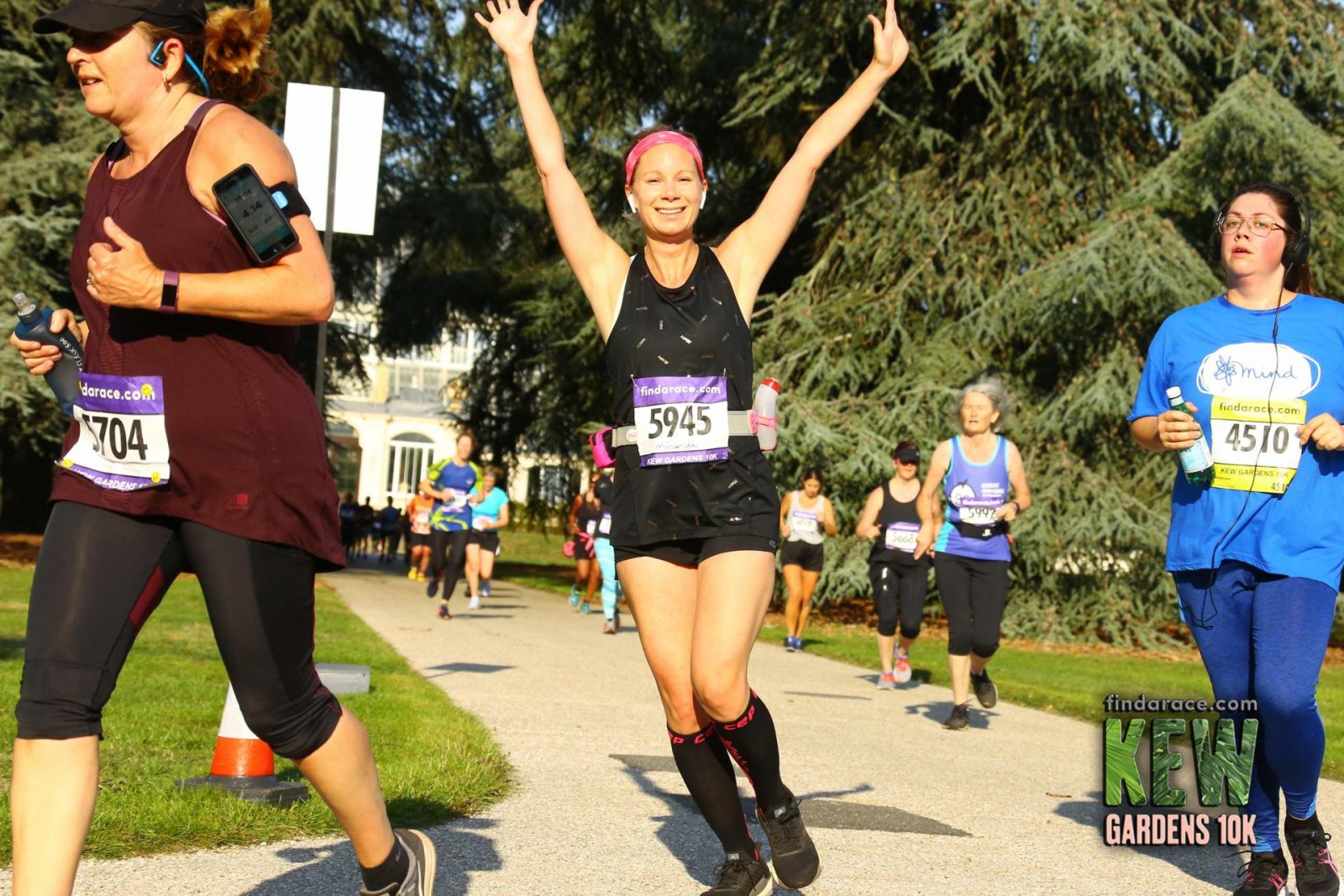 It’s easy to look joyful for a photograph.

After that, I made a deal with myself. No more forcing myself to run. I’ll do it if and when I feel like it. And as it turned out, I didn’t really feel like it. I did the odd run with my husband Graham, and eventually started running with a friend who is relatively new to running and that was enjoyable, but this was a far cry from the avid runner I used to be. Running was this enormous part of my identity. I continued to run because I was a runner. It was who I was. But lately, I’ve  started wondering how much I actually liked it. Maybe I never really liked it that much in the first place. Maybe I just liked the idea of it.

It’s scary to question yourself like this. Sometimes, I’m nostalgic for the old Miranda. Things were simpler then. But she doesn’t exist anymore. When I look at old photos of myself, I don’t even recognise the person staring back at me.

So I’m working on the new me. I don’t really know who she is just yet. Maybe she runs. Maybe she doesn’t. It’s a work in progress. And it’s hard. It’s really f*cking hard to question everything you thought you knew about yourself. But I guess this is part of my journey now. I wish I could see it as exciting, but mostly, it’s just terrifying.

It also means that I don’t know where to take this blog from here. Maybe it can just live here as a shrine to old Miranda. One thing I felt certain of is that I wanted to write something. It felt weird to just disappear with no explanation. So here it is. Maybe this is a bookend to many years of writing and running. Maybe this is the end. Or maybe it’s not. If I learned anything over the last 9 months it is that nothing is certain. I’ll let my heart guide me and whatever happens happens.