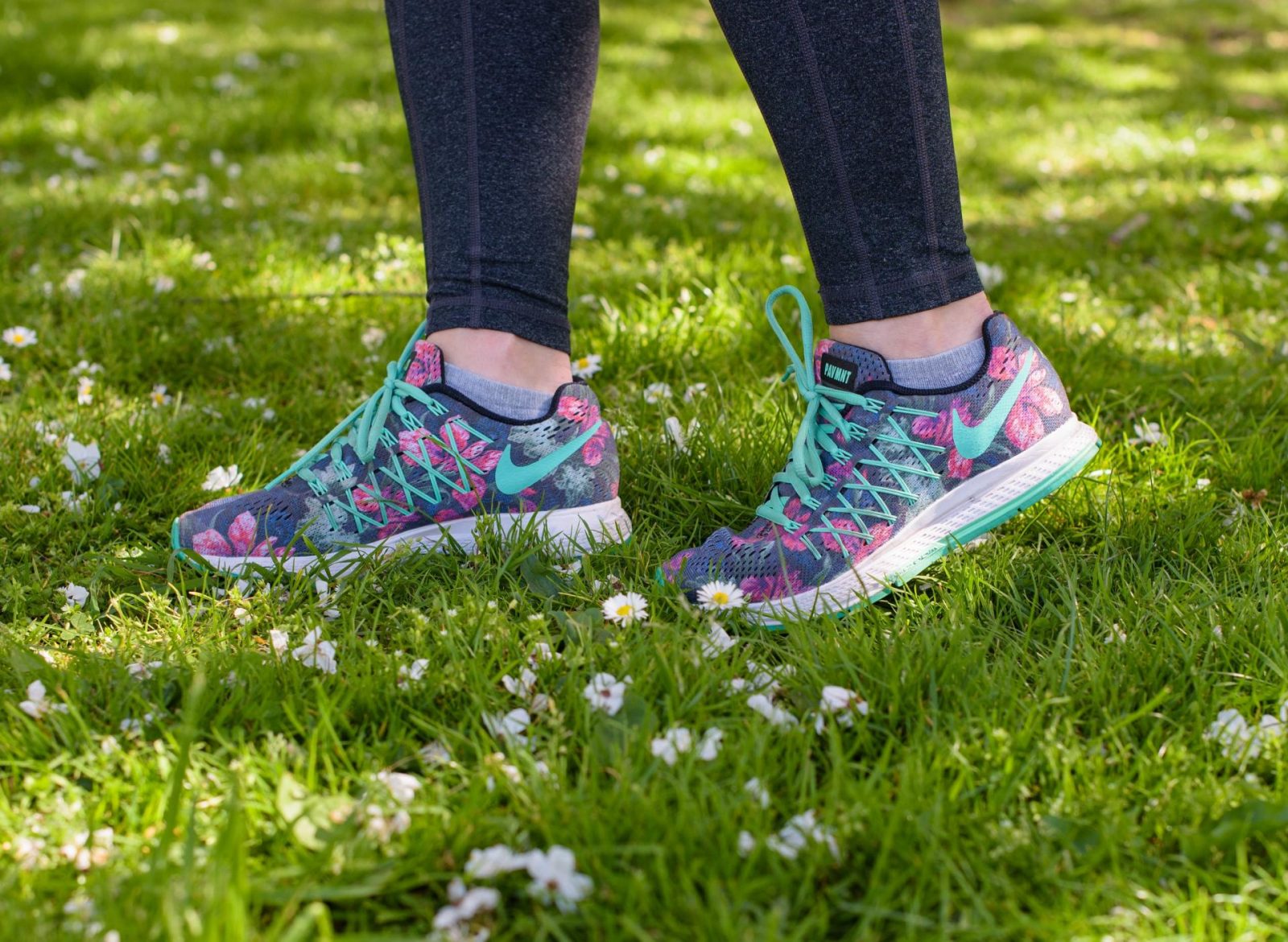 I’ve been a bit quiet here lately. I was struggling with what to write about. With no races to train for and no real running to report on, I wasn’t sure I had anything interesting to say. Given that running has been virtually non-existent, writing about it felt like a fraud. I’ve been watching everyone’s training for upcoming marathons on Instagram and I feel jealous. I thought I could live vicariously through all of your achievements but it’s hard. I miss running.

But I haven’t just become a lump. In the background, I’ve been busy navigating the prenatal fitness scene. It’s had some hits and some misses, so I thought I’d do a series of posts summarising my journey so far. Perhaps this will be useful to other runners and fitness enthusiasts who are trying to stay fit and healthy while also incubating a baby. Or it will just alienate all my readers for which this is completely irrelevant… but it’s the only thing I can write about so here goes.

Even before I was pregnant, I read extensively about exercise and pregnancy. I wanted to know what I could reasonably keep doing, what was safe and what was beneficial. I treated the research the same way I would research training plans for a race. I wanted to develop a plan so that I could train my body to be as ready as possible to push out a baby. To say the information varied wildly is an understatement. Light to moderate exercise seemed to be the key theme, and for someone who loves high heart rates and hard cardio workouts, this was disappointing news. The definition of this exercise varied from light walking (is that even exercise?!) to maintaining your previous routine with some slight modifications.

Luckily, I have felt pretty good so far. Minus the first trimester food aversions and nausea, I pretty much feel completely normal on a day-to-day basis. Same, same. Just bigger. Sometimes I forget I’m pregnant, until I catch a glimpse of my reflection or try to fit through spaces that are now, obviously way too small. It’s weird.

Because I was feeling generally normal, I tried to maintain my usual routine for as long as possible. This involved regular weekly runs and classes at Orangetheory. But all the time, I was confused and worried that I was hurting myself or the baby. It took all enjoyment out of the workouts for me. That endorphin rush was replaced by guilt and anxiety. Had I done something wrong? Was I being selfish? My relationship with exercise was deteriorating and I needed a new plan.

I’m proud that I kept running until just over 20 weeks. I got slower and my runs got shorter, but I was managing a weekly Parkrun for more than the first half of this pregnancy.

Regrettably, I think those days might be over for now. As I get bigger, running becomes more and more uncomfortable. Even a super supportive top from Fitta Mamma designed for pregnant runners can’t help me now. I can still run, but we’re down to about a mile at a time and it’s more of a jog/walk.

The other major concern with running is about damaging my pelvic floor. Every smart fitness person I speak to who knows anything about pregnancy and exercise has warned me about the risks of running and pelvic floor damage while pregnant. It’s been recommended I stop and focus on other forms of activity which are safer and healthier forms of fitness during pregnancy. My heart hurts even typing this, but this might be the start of a long break from running for me. It’s especially bad timing with marathon training season in full swing and I feel a bit sad. I feel like I’ve lost part of my identity and I’m struggling to find replacements.

I’m encouraged by other mother runners who assure me running will be waiting for me when I’m ready and promise me that I will run again. I posed a question about running and pregnancy on Twitter recently and received a number of very encouraging responses.

Many people needed to scale back or stop at some point but everyone assured me I could get back into it… eventually. One person even said she’s gone on to several ultras. Another said that she credits running for having two good pregnancies and natural childbirths. So that’s all good stuff.

General Guidelines for Running While Pregnant

The general rule is to listen to your body. There are no proven risks for running while pregnant (despite misconceptions around miscarriage and premature birth) and if you were a runner before, it is generally safe to carry on running in pregnancy, as long as it’s comfortable. Running is great aerobic exercise and can help you to have a fit and healthy pregnancy but it’s also really hard on your joints. During pregnancy, the hormone relaxin means your joints start to loosen. And this means there’s a greater chance of injury. You also need to be aware of overheating and uneven terrain as your centre of gravity changes.

And, if stops feeling good, don’t do it! I mean, that seems sensible enough but my ability to ignore my body’s warning signs is especially evolved. It’s a highly specialised skill developed through years of endurance events.

So, 25 weeks in, I think I’m finally listening.

In the meantime, I’ve been to all sorts of prenatal classes and I’ve even hired a prenatal personal trainer – all of which will be subjects of future posts. 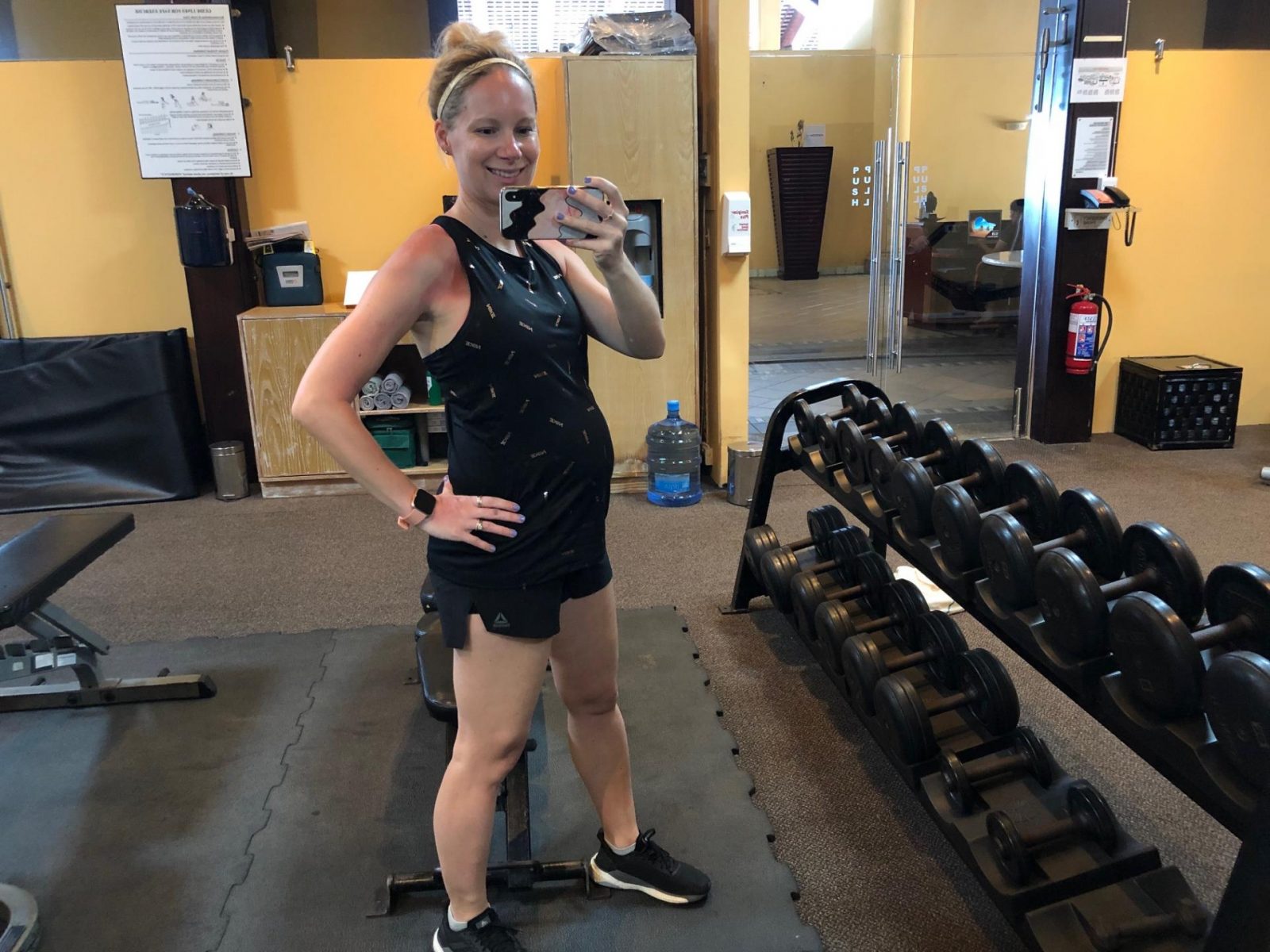 A little strength training on a recent trip to Mauritius. Don’t mind the sunburn. Apparently pregnancy makes your skin more sensitive. I learned the hard way!

For now, I’m going to stick to a light jog here and there, with lots of walk breaks… and if I can do it without crying, I’ll volunteer at Parkrun.

More to come, including my experience with pregnancy and….