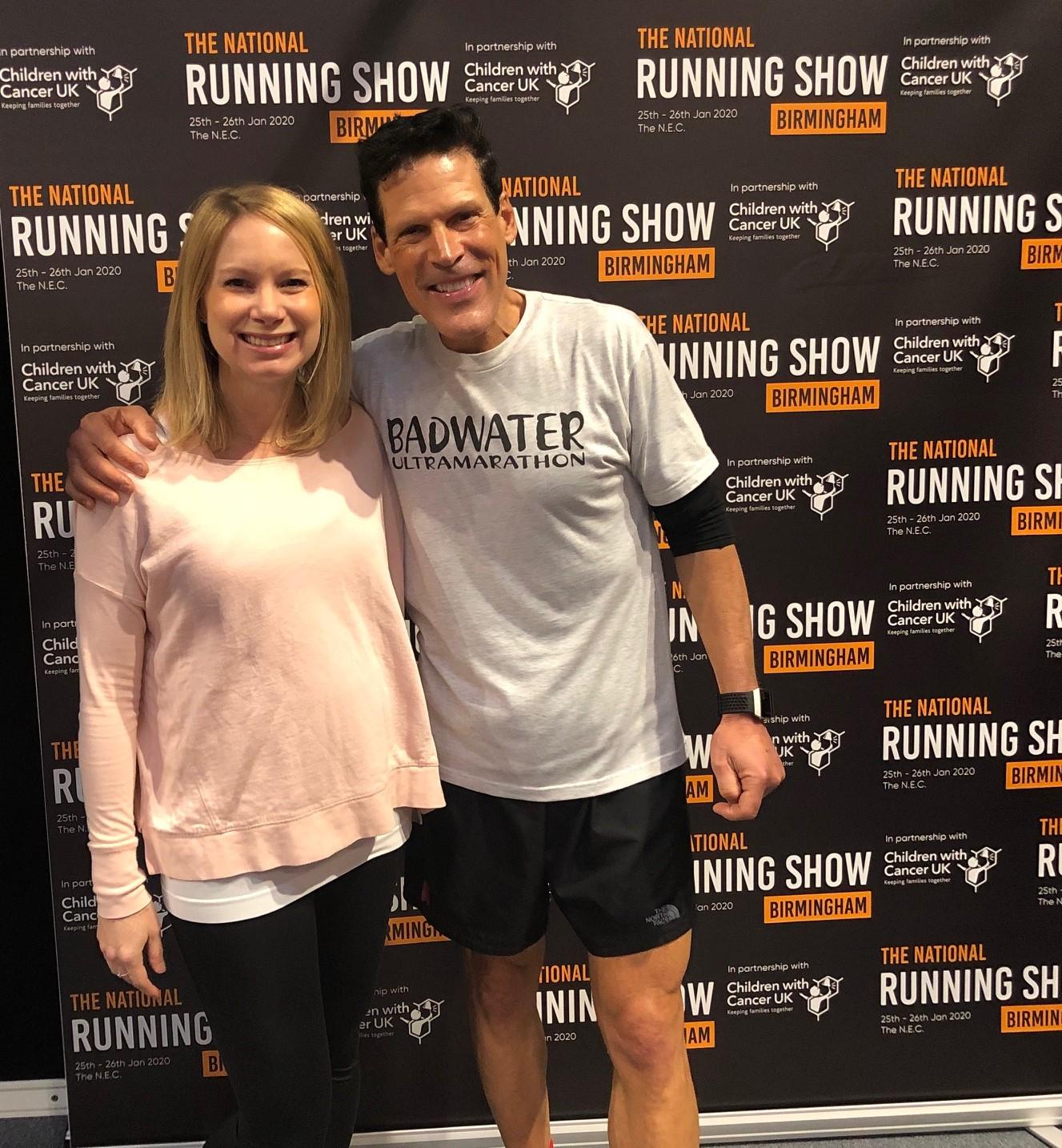 Me and the ultramarathon legend, Dean Karnazes.

Yet again, the National Running Show did not disappoint. I spent two very action-packed days at this busy show in Birmingham for the third year in a row. It was set to be the biggest one yet and it certainly felt that way. With an estimated 24,000 attendees over the two-day event, the NEC was teeming with runners looking for inspiration and great deals.

I arrived mid-morning on Saturday intending to go to Lazarus Lake’s talk. Lazurus is the founder of the infamous Barkley Marathons, a grueling 100-mile ultra marathon held in Frozen Head State Park in Tennessee. Unfortunately, I couldn’t get anywhere near the talk. Not only was every seat taken, all floor space and standing room was completely blocked to the point where you couldn’t even get close enough to hear it! It was a shame, but a good learning to get to the popular talks EARLY!

I caught up with lots of my running pals which was nice, and got to check out Alistair Jones’ new book, Run – a Book for Real Runners. This is a beautiful coffee table book full of inspiring original poetry. If you’re looking for a great gift for a runner in your life, this is a winner. 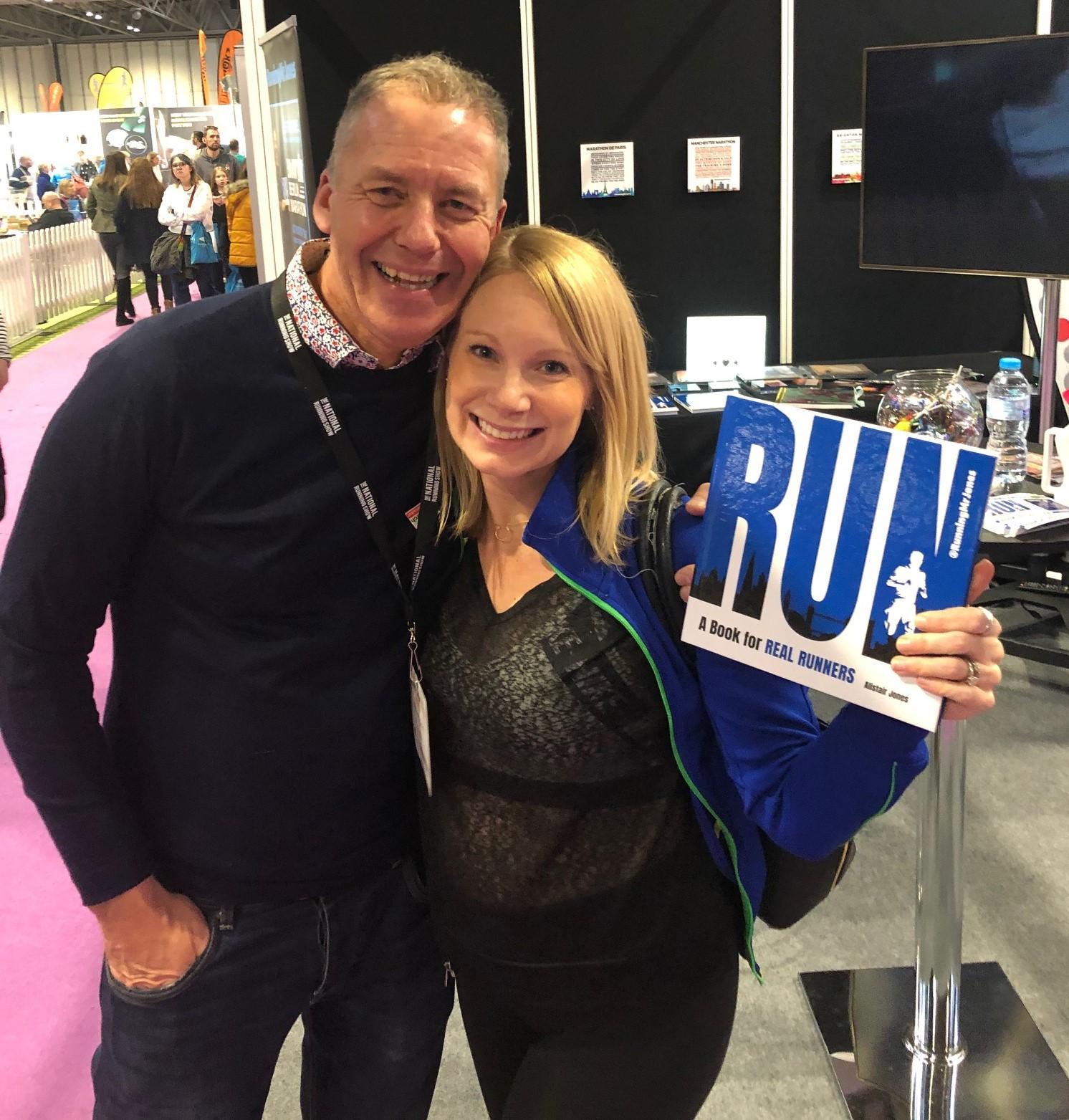 Rather than rest and recover from the busy day, I decided to attend the National Running Show networking dinner, which was hosted by Rob Deering and Paul Tonkinson. You may remember that I was featured on their podcast, Running Commentary, back in December 2018.

This was a lovely event and I totally lucked out with my table. I was sat next to…. Dean Karnazes, arguably one of the most famous ultrarunners of all time! I knew his face was familiar at first, but didn’t immediately place him. We started chatting (about running, obviously) and then suddenly I realised who he was! We ended up having the most lovely chat over our meal. He told me about his insane challenge where he ran 50 marathons in 50 states in 50 days. We also talked about one of his most notable running achievements which was when he ran 350 miles in 80 hours and 44 minutes without sleep. I asked if he’s ever reached the limits of his endurance and he said he wasn’t sure. He obviously had to stop that 350-mile run, but not because he couldn’t run anymore. It was the lack of sleep that got him in the end.

I felt extremely privileged to have been sat next to Dean. What a memorable and lucky experience that was.

The following day, I got to the show early to hear Dean’s talk. I then stood in a massive line at the VIP meet and greet to get a photo with him before he headed back to San Francisco. I was the very last person in the line, but it was nice to reconnect the next day and tell him how much I enjoyed his talk and our conversation from the night before. 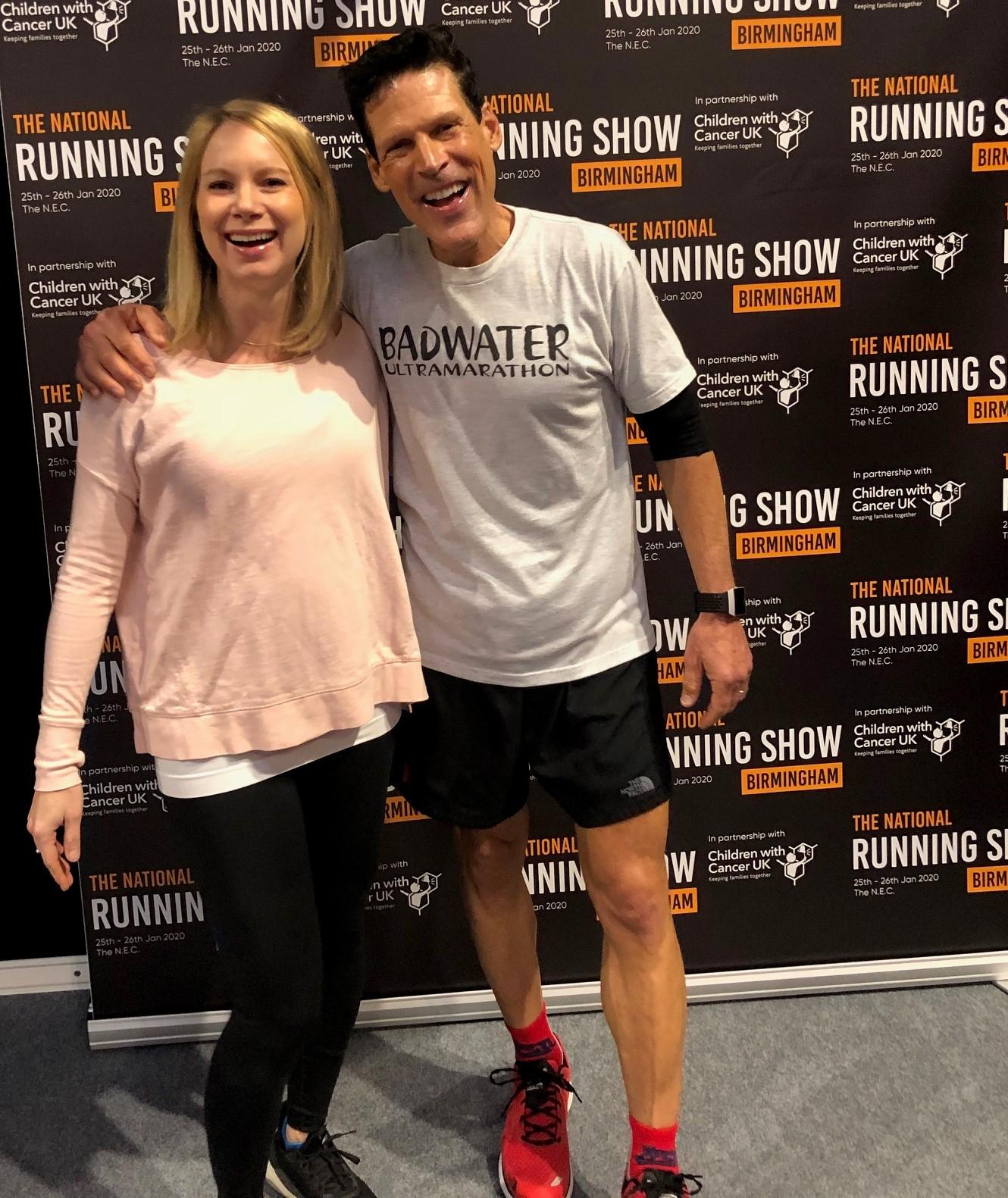 I exercised extreme self-control and only bought two things while I was there: some tea from a new brand called Mission that makes tea “blended for the lifestyle of an athlete.” I was particularly fond of the rooibos.

I also bought a shirt from the lovely Rav Billan, representing Runner’s Heal, a charity helping to fight hunger and drive education in East Africa. Each shirt purchased guarantees one child one month of school meals. This helps relieve hunger in some of the poorest corners of the world, and helps drive school attendance. 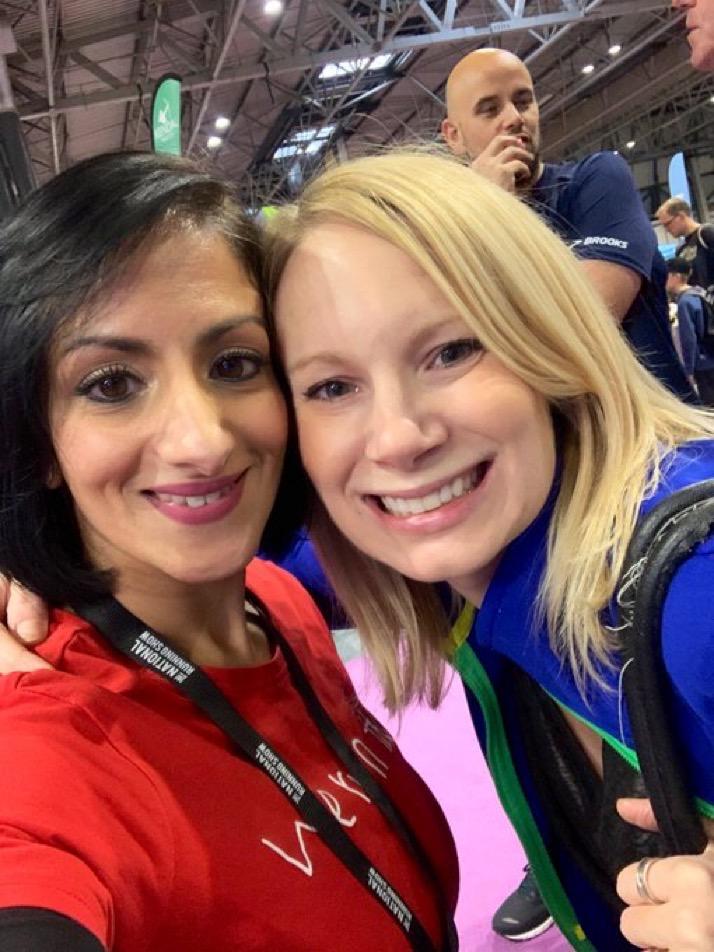 From there I had a few precious hours to roam around the rest of the show and see any final stands I hadn’t seen the day before. The time just evaporated and before I knew it, I was heading back to London.

I’ve already got my ticket for the second National Running Show taking place in London in June. That said, this might be an ambitious thing to put in the calendar seeing as the event takes place about a week after my due date! I doubt I can actually go, but it’s good to keep my options open!

Big thanks yet again to Mike Seaman and the team at Raccoon Events for putting on another stand-out event. I look forward to 2021!