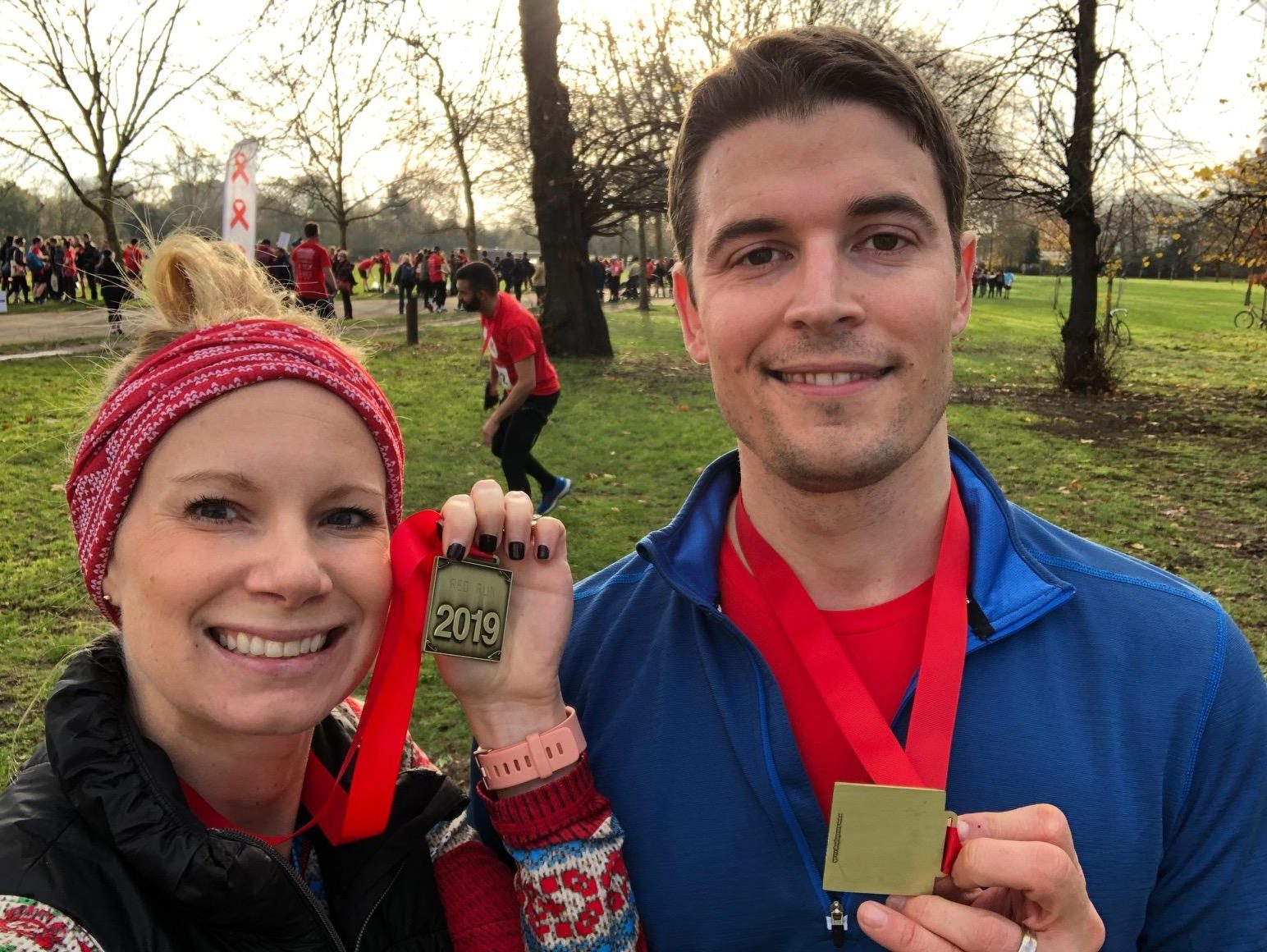 The Red Run is a special run. One of the hashtags for the event is #MoreThanARun and it really is. While the event centres around a 5km and 10km run in Victoria Park, it’s really so much more than that. The Red Run marks World AIDS Day, and it is a fundraising event organised by Positive East, London’s largest HIV charity. It is the only event of its kind in the UK and helps raise money and awareness for organisations across the country to fund their work. This year was the event’s 10th anniversary.

Last year, I worked closely with the event organiser to help with race day logistics. This year, I played a much smaller role from a volunteer perspective, but that’s because they really didn’t need me! Due to the amazing organisation and planning, the event sold out weeks before race day and they even secured the legend that is Sir Ian McKellen to cut the ribbon! 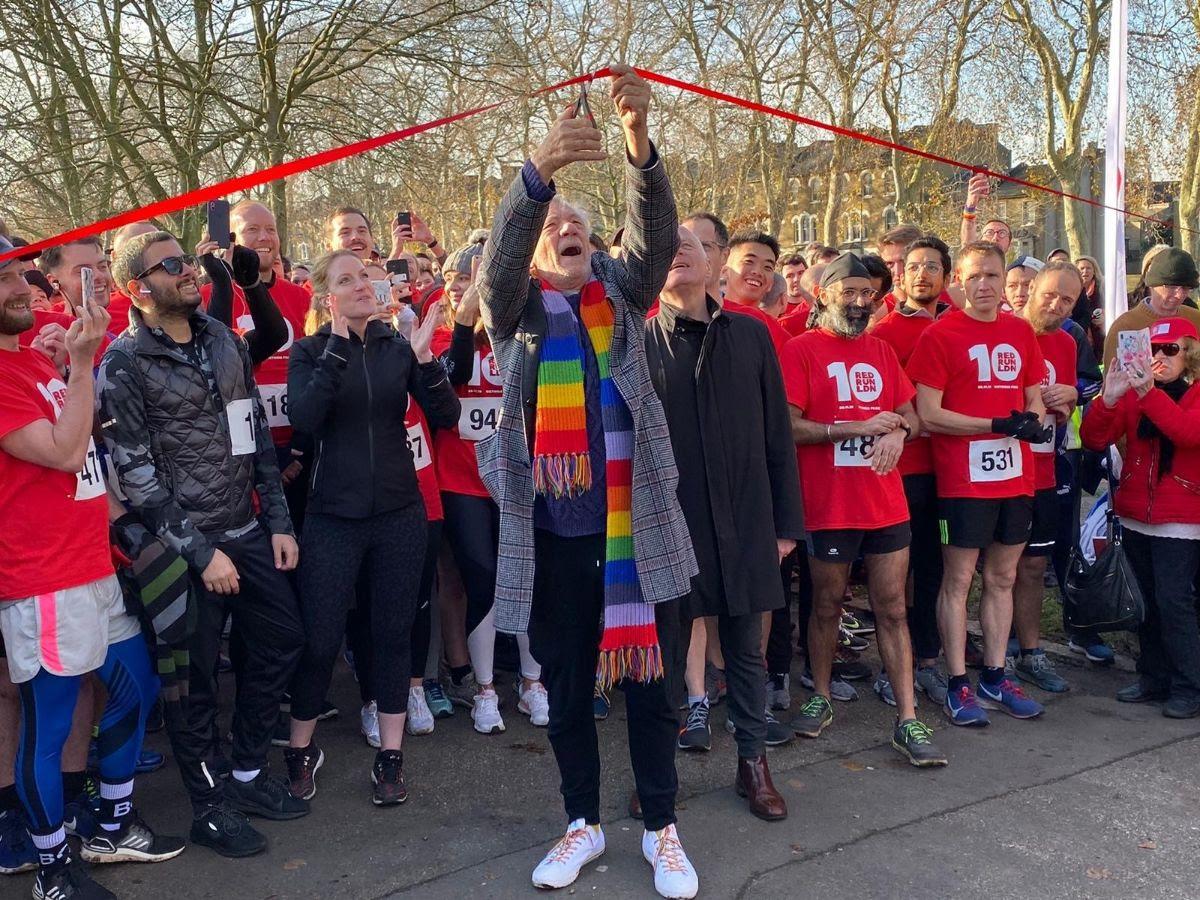 In addition to doing the run, I also volunteered at registration alongside several other wonderful volunteers. I always enjoy this role because I get to interact with so many different people and wish them good luck on the run. 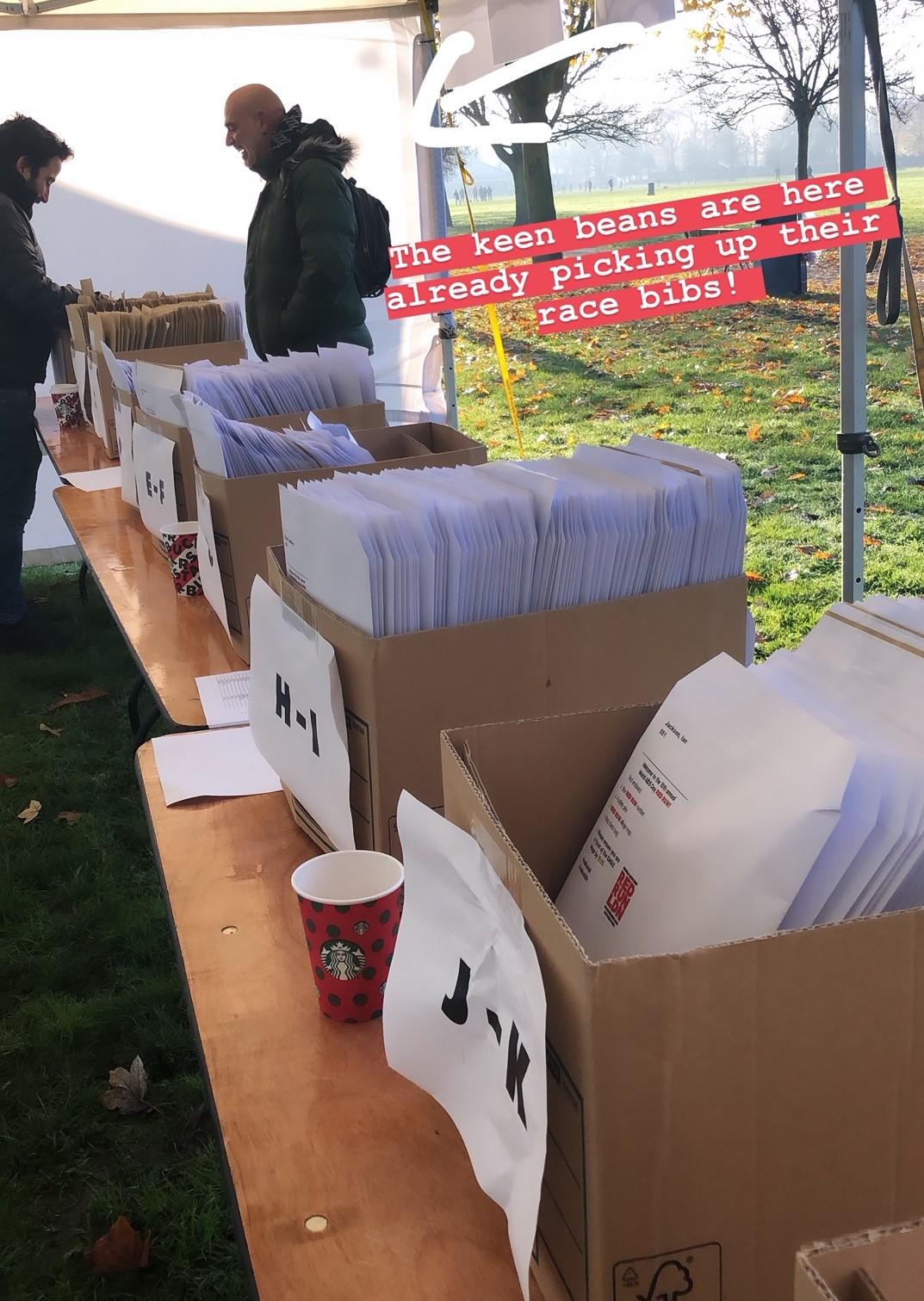 After the main rush of participants was over, I was taking a few pictures (er…selfies for my Insta story) when Sir Ian himself approached the registration tent! He reached out and shook my hand and thanked me for volunteering! I was truly starstruck! At best, I thought I might get a picture from afar. I was absolutely not expecting to meet him, let alone shake his hand and exchange words with him. My hands were freezing and he took my hand in both his hands. I had all these things in my mind that I would say if I met him (like how utterly incredible he was in King Lear), but words escaped me and I think I stumbled over something like, “Thank you for being here.” 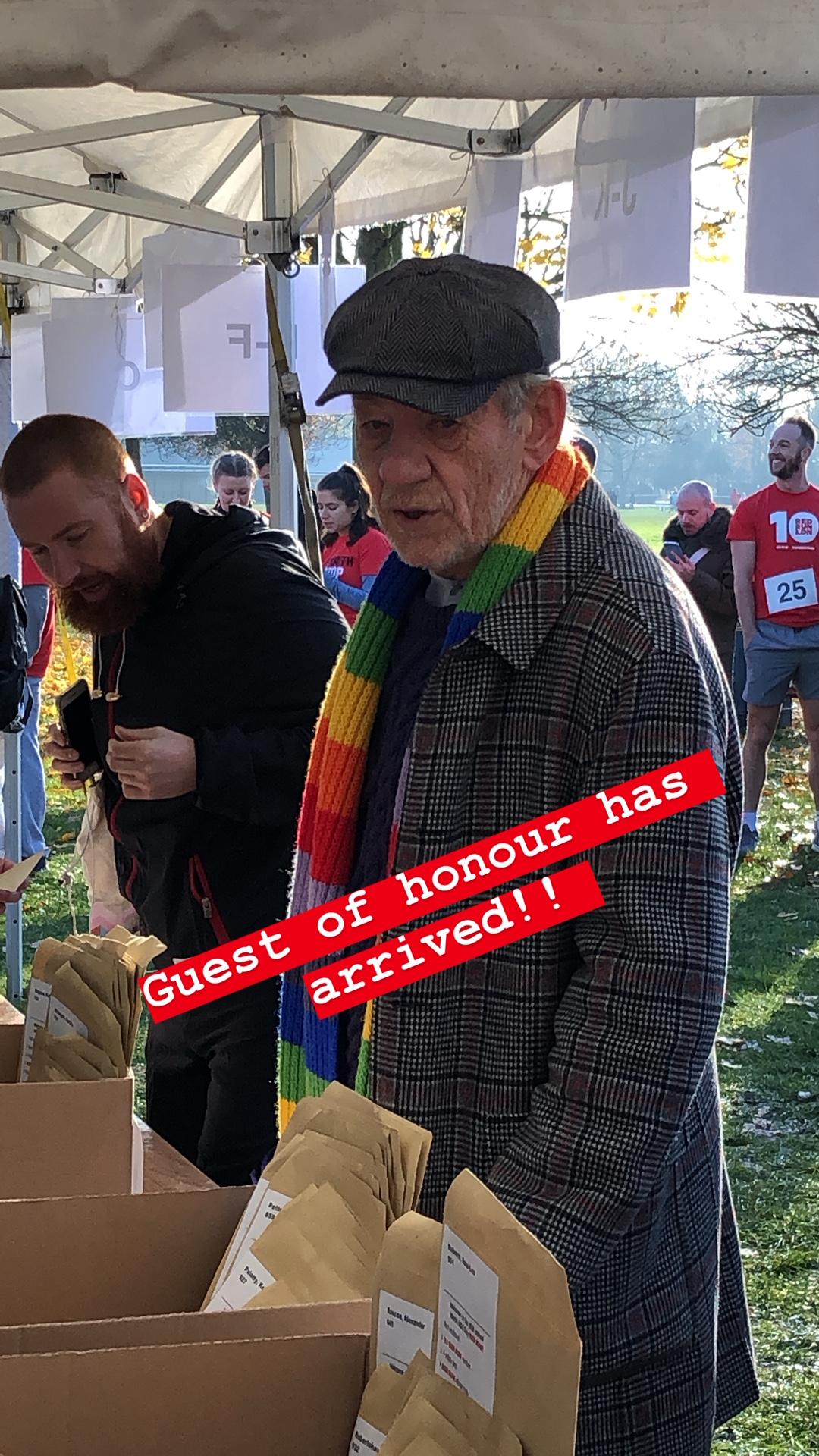 Naturally, this was the exact moment that Graham wandered off in search of coffee so there is no photo evidence of this life highlight but I assure you, it happened.

Today, I received an email from Ian Montgomery, the race organiser with this: 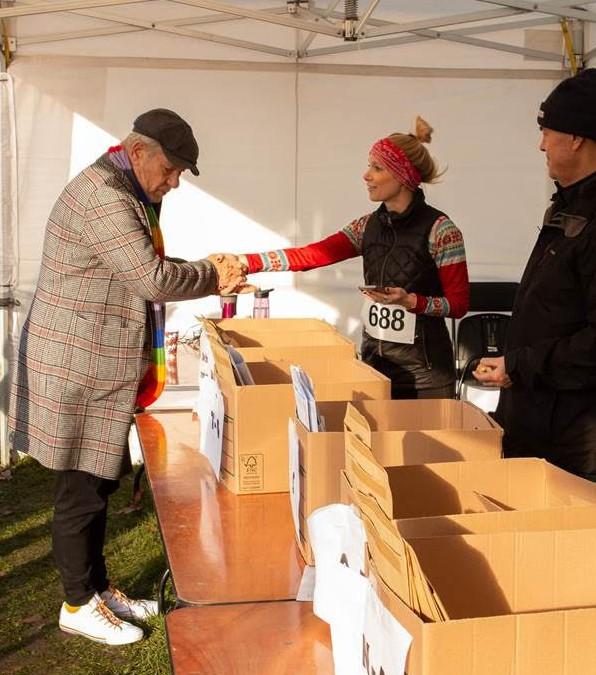 I cannot believe this photo exists! I thought it was destined to be a memory forever, but here is PROOF that it happened! Absolutely buzzing! Big thanks to the event photographer for capturing this special moment.

Sir Ian opened the event with a short speech and the ever-entertaining drag band DENIM warmed up the crowd before we went on our way. 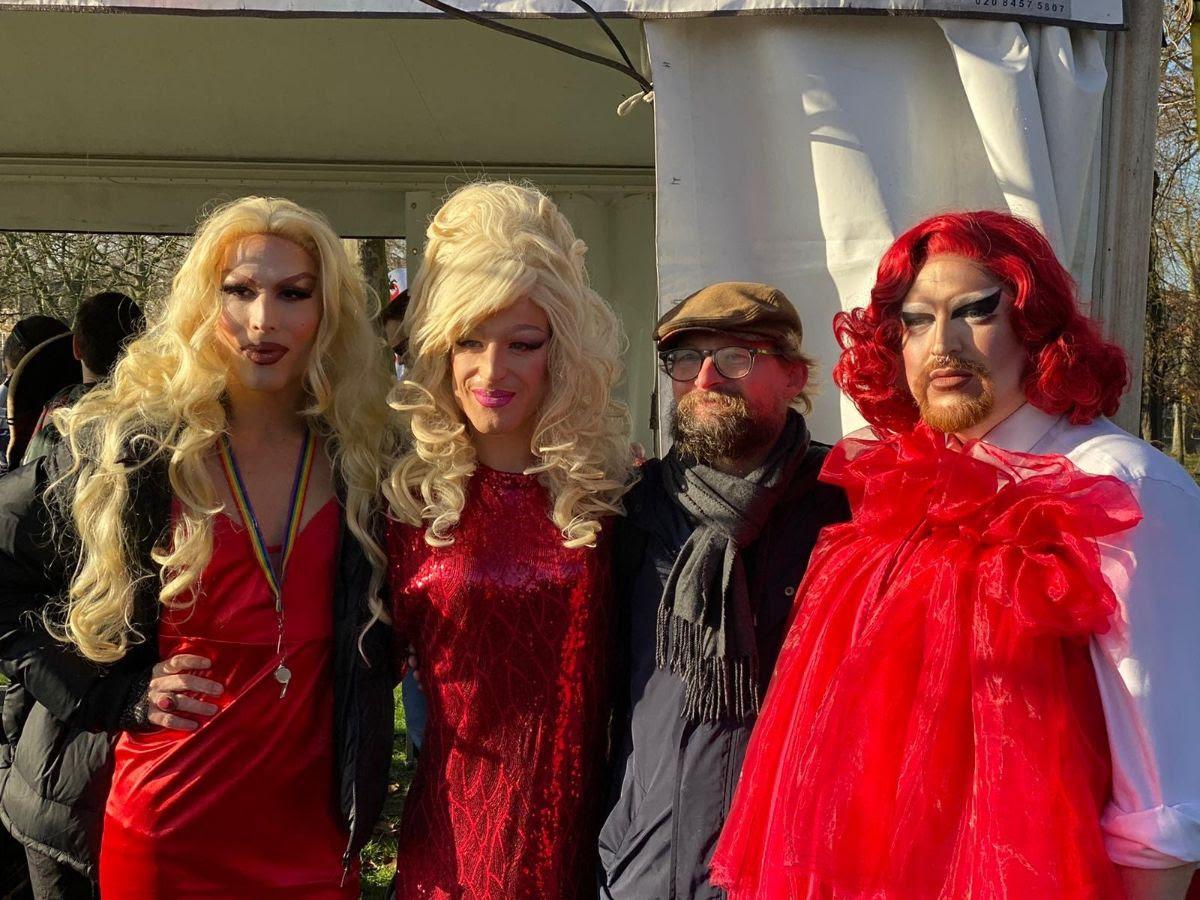 This time of year is always a real gamble weather-wise but we were so lucky. It was cold, but sunny and pleasant. The absolute perfect day for a winter run. 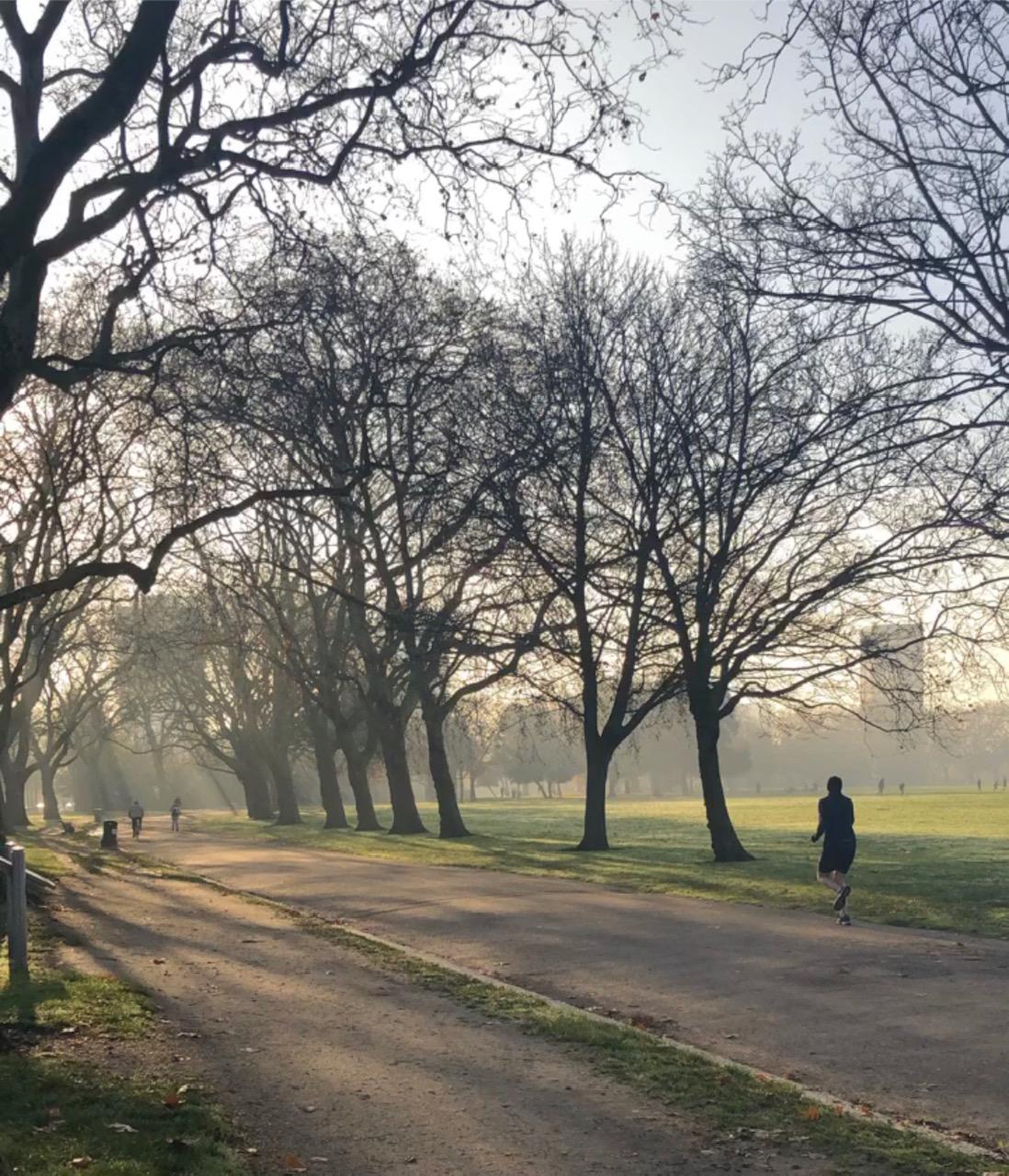 How could you resist a run on a day like this?!

Physically, I knew running 10km might not happen for me on Saturday. I was recovering from some bizarre leg pain from a run earlier in the week and I knew from the first step that I was not fit for the distance. Because the 10km was comprised of four 2.5 laps, I knew I could bail out if I needed to. Disappointingly, I decided to call it quits after a very slow 5km. This was, of course, the sensible thing to do, but it was extremely painful for my ego.

I also got to see Graham cross the line in fine form with a time of 48:51. 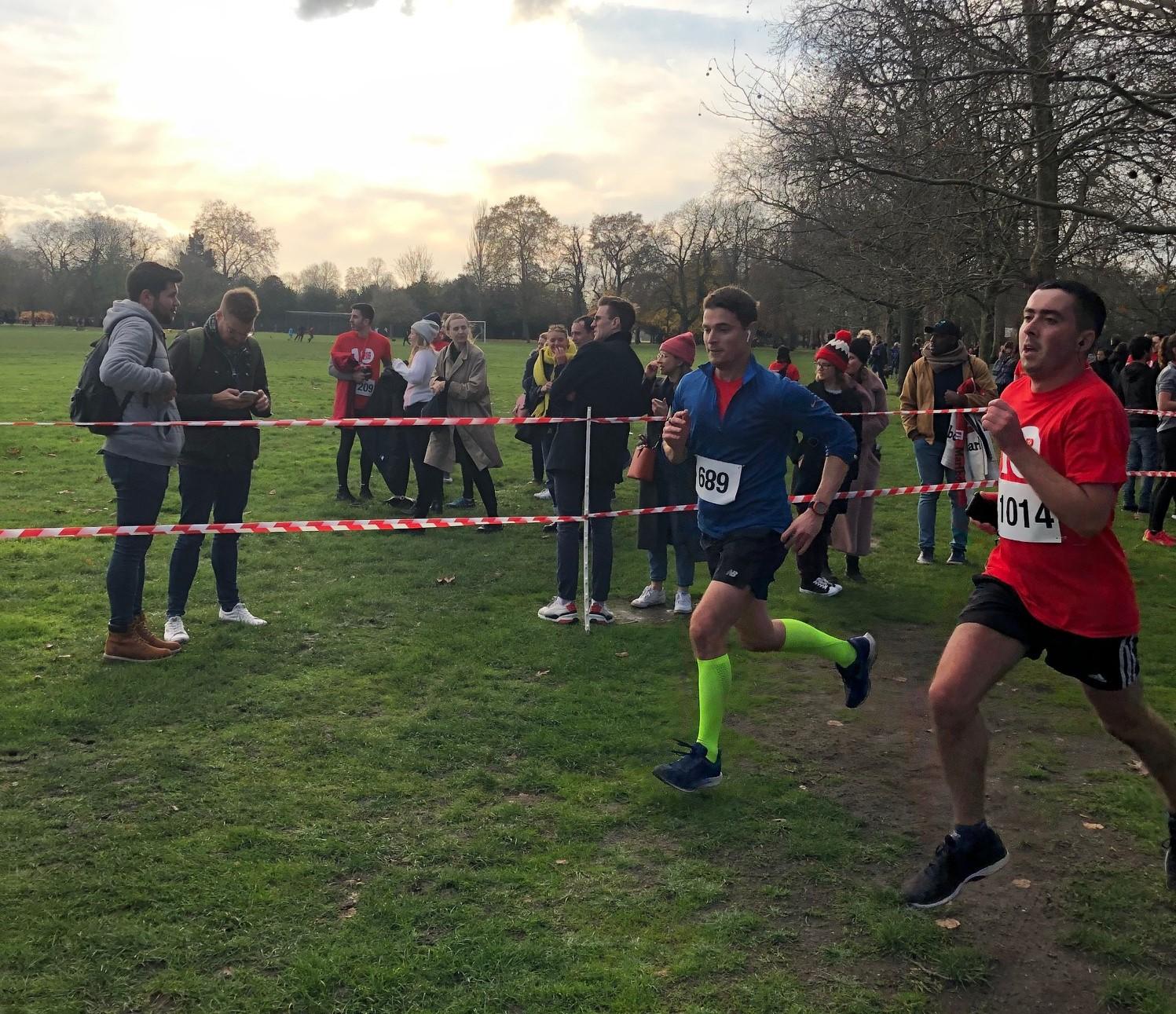 I just love this event. It marks the end of the race season for me, and it’s just such a beautiful, friendly community event for a good cause. This year’s event had more than 2,300 attendees and raised a record-breaking £131,235 for HIV charities across the UK.

Congratulations to Ian Montgomery, the organiser from Positive East on a great event. I was proud to be a part of this event again and I look forward to Red Run 2020.