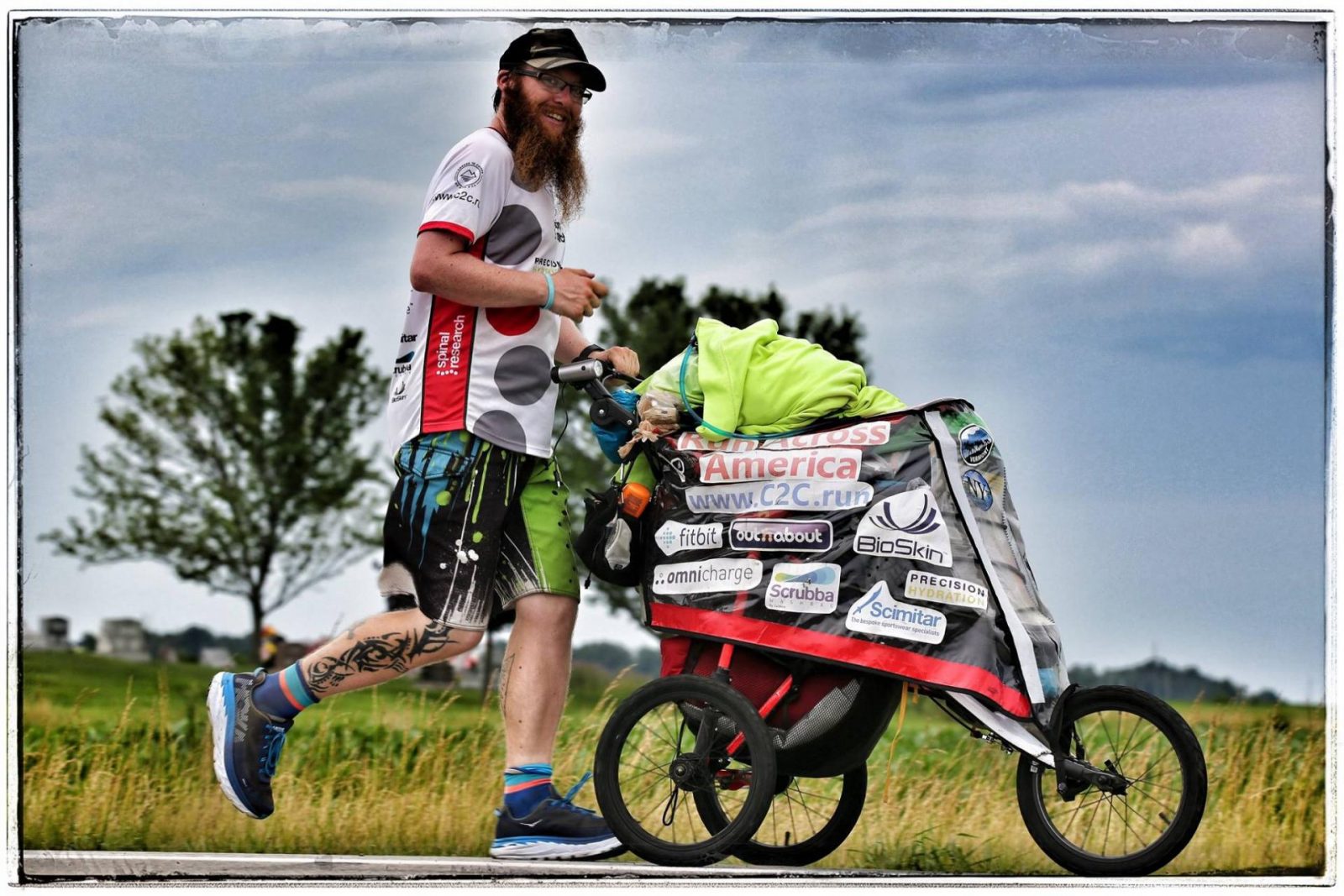 On 29th April 2018, Eric began an eight-month journey to run 3,646 miles across the United States. He passed through 16 states, crossed mountain ranges and desserts before finishing on the California coastline on 3rd December 2018. During that time, he raised over £12,000 for Spinal Research. He did all this while claiming that he doesn’t even like running! He first started running in 2013 to win a bet to run a marathon and since then, he has continued to push himself further and further. Now that his cross-continent run is complete, he is back in England trying to complete his biggest challenge yet: surviving normality!

I’m not sure if it’s a purchase as such, it was more of paying a bit more for a more fuller service. It was splashing out when buying some running shoes and getting them properly fitted by someone who knows what they are talking about. For the first few years of my running, I was just picking out running shoes on recommendations from other people and how I thought that running shoes should feel. After I had my running analysed and tried a few different types of running shoes, I realized how much I had been missing out on! I now have a few different “go-to” shoes for different distances and terrains that I know will look after my body the best that any shoe can. If you haven’t found your perfect shoe yet, then it is definitely worth paying that little extra at a running shop to get the full service than trying to find a better price online! 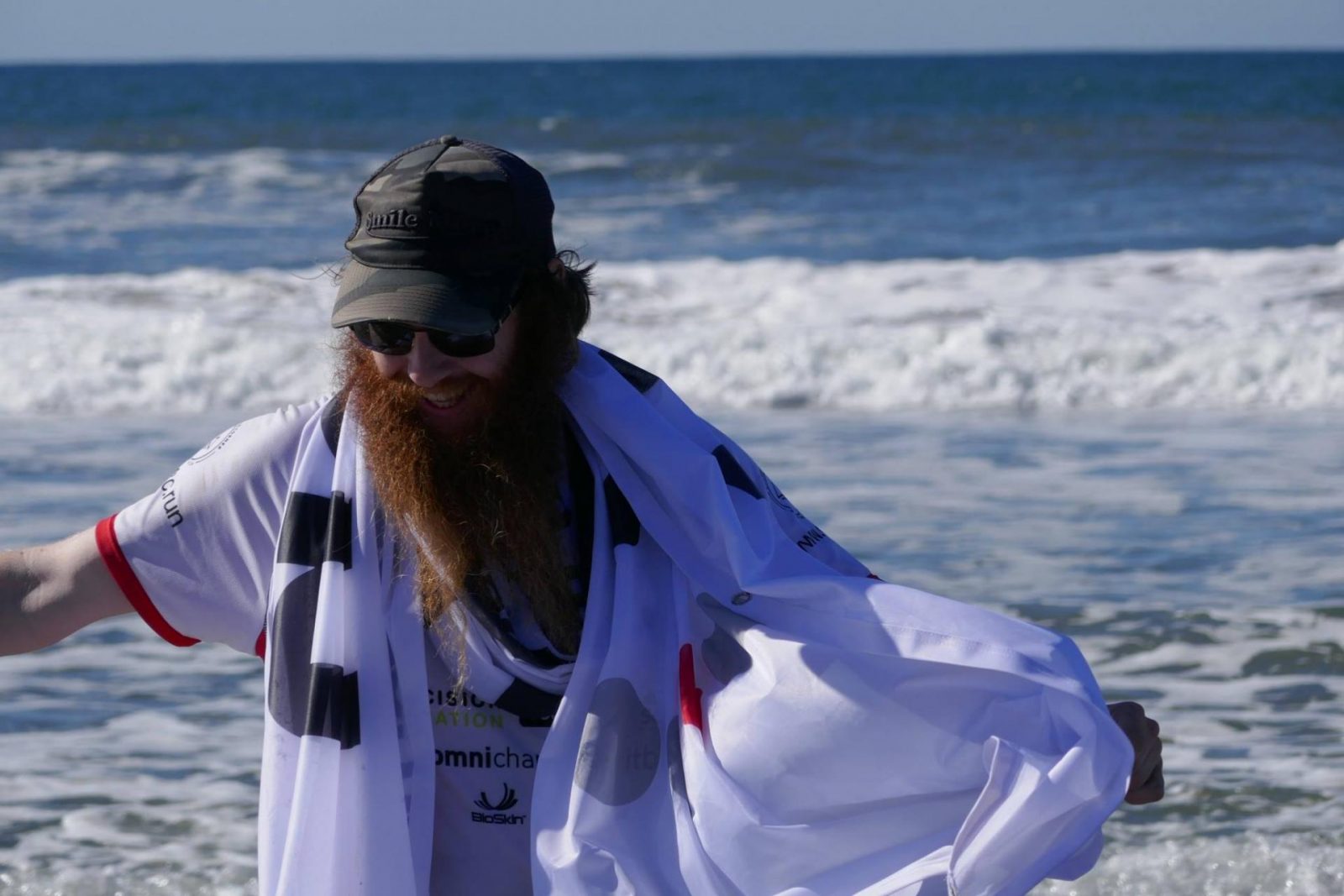 I’d say watching what I eat before a race. Most people who know me will laugh when they read that as I have the worst diet in the world, but, in the weeks leading up to the race day I try to eat healthier and more nutritious food. I used to make the mistake of just eating junk food right up until the start line and that just hurts and makes you feel sluggish and horrendous for the whole event. That, and it’s just generally a bad diet to have! I am slowly starting to change my eating habits. After spending most of my adult working life as a chef, I think I should really know how to eat healthier by now. But yes, for sure eating healthier has to be the biggest contributor to my improvement in running.

Most of the time when I am competing in a race, I am running for my chosen charity, Spinal Research. So, the thing that spurs me on is thinking that if I give up, then I would have let down all of the people who have sponsored me, and that is enough to keep me ploughing through the race. I know that everyone wouldn’t mind that much if I did pull out but it’s what drives me through. Although if that doesn’t keep me going then I think of the medal at the end. I’m a bit of a medal fiend. I tend to pick my races on the size of the bling as opposed to how good the race is. 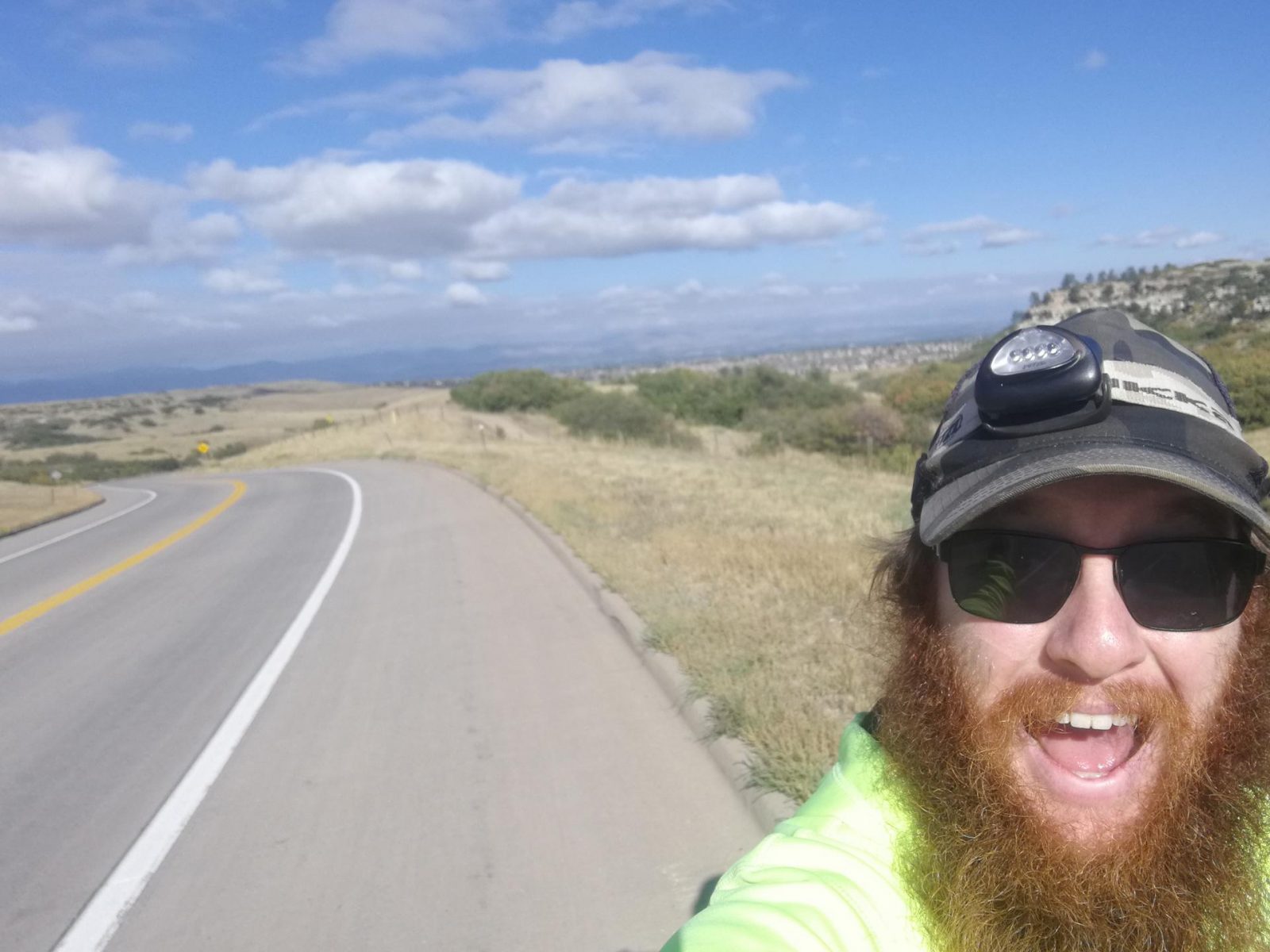 I don’t think that I have any unusual habits as such. To be honest, I don’t particularly enjoy running, I have just never managed to catch the bug and fall in love with it as everyone else has. For me, I tend to run more to prove to myself that I can do it, and I can reach these distances that I never thought my body was possible of reaching. When I do run, its most likely in a race. Before and during the event I like to be in my own headspace, not so much to gear myself up but I like the quiet of being alone on the course and just thinking about life. Its time when I can switch off and really think through what might be on my mind or a project I might be creating. I do realize that this is paining me out as a very strange runner, but then again, I think you have to be a little odd to ditch work and run across a continent alone for 8 months! 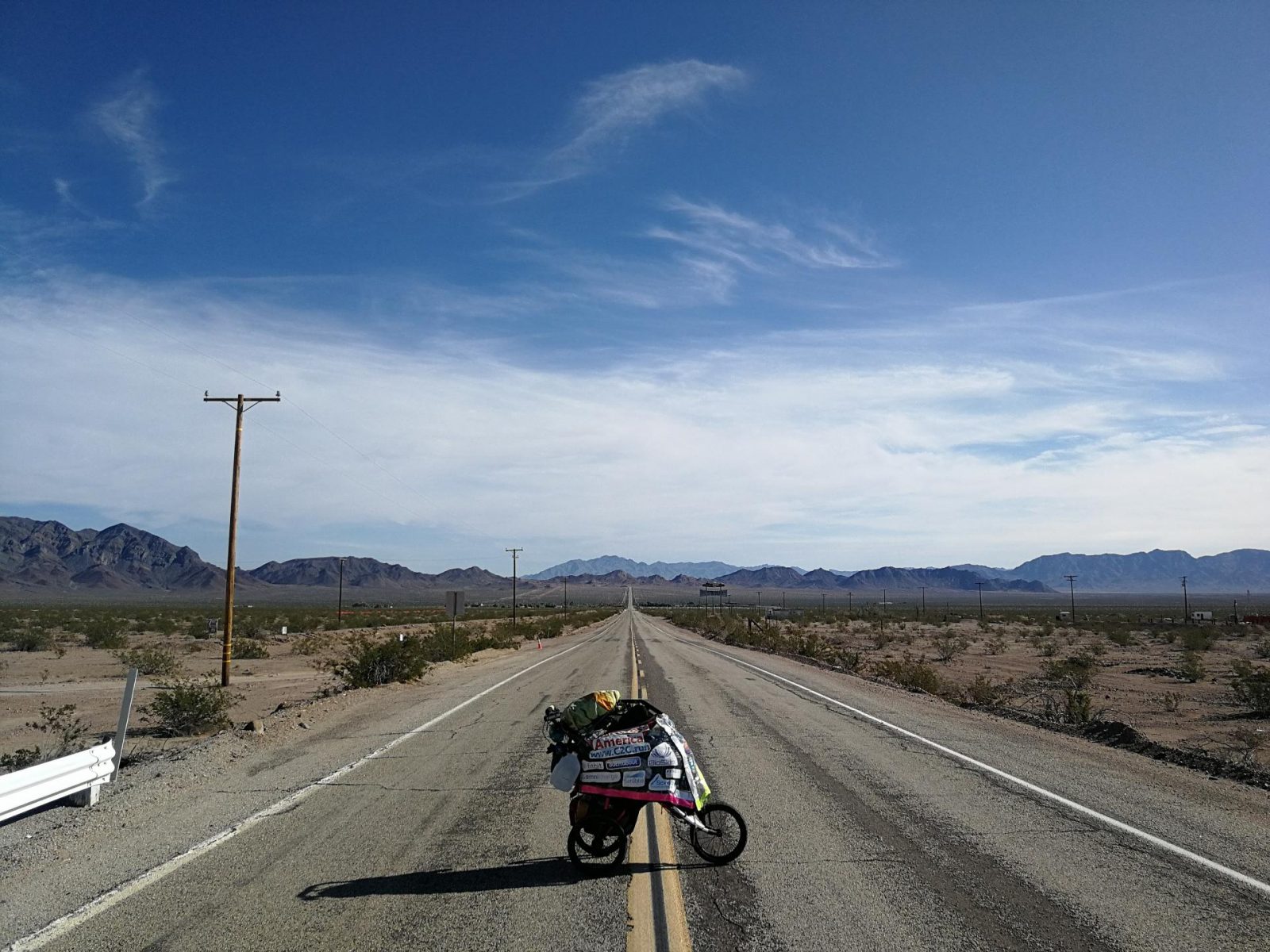 I’d say back in 2016 when I injured myself in the London Marathon. I stupidly tried to fit in a full, half and ultra-marathon in the 9 days leading up to London. Those three races went swimmingly, but at mile 3, I felt a twinge in my ankle and after ignoring it for a while longer I went to get it checked out at the aid tent. I was told that it wasn’t too bad but that it might be best to drop out. All I heard was that it wasn’t too bad! Cutting a long story short, I finished the marathon with ice packs taped to my ankles, unable to put weight on either foot and on crutches for 3 months. But I still got a medal, that’s what counts, right? After that point, I realized where my limit was, for running races so close together, and also that I needed to actually listen to my body when it tells me to stop! 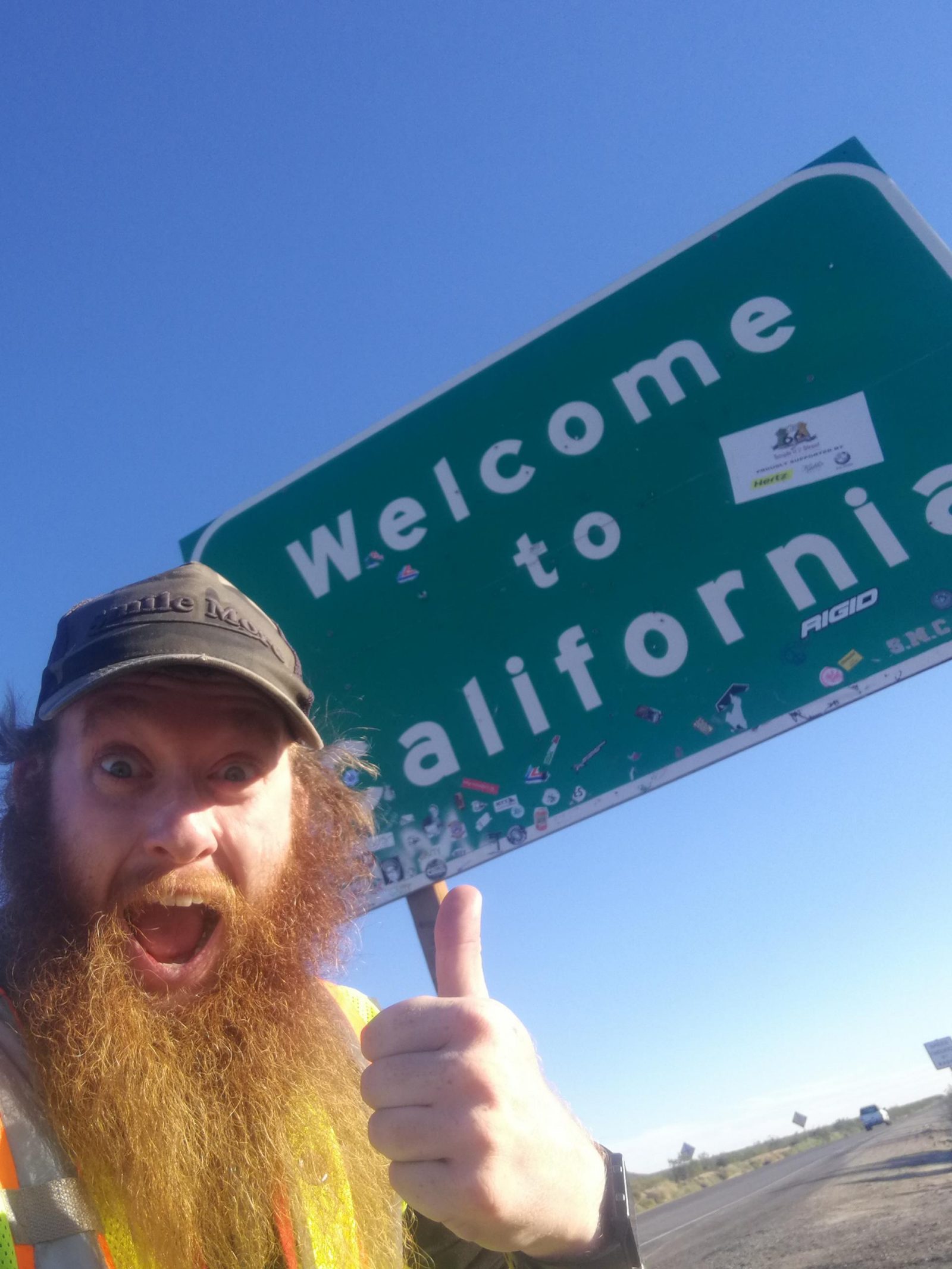