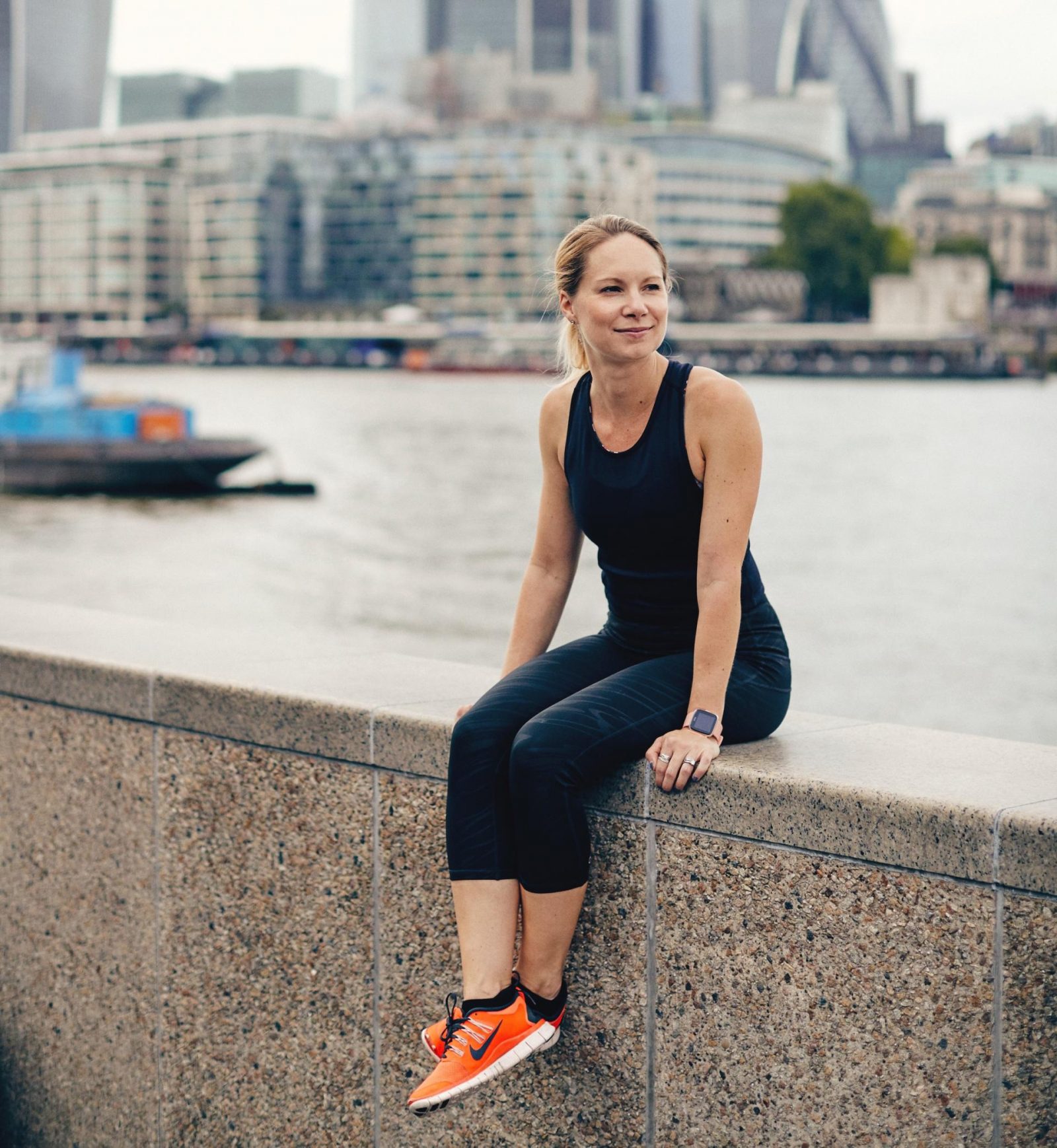 Back in July, I finally took the plunge and did my initial training to become a Les Mills BodyPump instructor. BodyPump is a barbell workout made up of ten tracks (songs). Each one works a different, major muscle group and it is a tough workout! A 55-minute class can be a major calorie burner and a great way to get lean, toned and fit. I did my first BodyPump class more than a decade ago and had been thinking about doing the instructor training for years.

The initial training was super hard (you can read about it here) but I really enjoyed it. I passed the initial training and was excited to start practicing for the final hurdle required for official qualification: teaching a full class and recording it for assessment.

I had two months to learn the full class to perfection. Initially I wasn’t worried. I knew I had work to do, but I had time and motivation on my side. Everything was cool.

Until it wasn’t cool.

August was a bit of a write-off, practice wise. A two-week trip to Canada involved no practicing whatsoever and by the time I got back, I suddenly felt pressed for time.

I’ll spare you the anxiety marathon that followed and get straight to the punchline: I passed! I got the email welcoming me to the tribe on 7th October. My birthday! I was delighted. A lot of literal sweat and tears went into that qualification. It was not easy. I thought about quitting several times but I’m glad I persevered.

When I was worried, I viewed the whole thing as a giant, stressful waste of time. “Why am I even doing this?!” I’d moan. When slightly more clear-headed, I often described it as “character building,” and “humbling.” You see, I thought it would be easy. I really did. And it was anything but.

We’re now exactly one month on from the day I recorded my full class and I wanted to reflect on the whole process. I learned a lot about myself in this three-month journey. Here’s a few of the biggest things I took away from it all.

There are still things that can make me feel really, really nervous.

I pride myself on being a comfortable public speaker and presenter. Years as a PR professional has honed my presenting skills to the point where very few scenarios can make me feel nervous. I thought the days of dry mouth and butterflies in my stomach were long behind me. Turns out, they weren’t. In order to practice for teaching my full class, I team-taught 2-3 tracks in a class alongside qualified teachers at various leisure centres around London.

This proved to be one of the most nerve wracking experiences of my life! In recent memory, I can’t think of a situation that has put me so firmly outside my comfort zone. Speaking in front of a group is one thing, but speaking while doing something at the same time proved to be a whole new concept and I was nervous as hell! I felt like a total fraud in the first few classes. I wasn’t polished and I lacked confidence and personality. It got easier, but it was a real challenge. I said stupid things. I messed up choreography. I forgot to pre-queue exercises and could see the class was lost. It gave me a whole new respect for instructors who make this stuff look easy.

I learn by writing things down and doing

Part of this journey was figuring out how I learn. By the time you’re in your late 30s, you would think you’d know this about yourself. From studying for University exams, I knew that I learned by writing things down. Making rigorous notes helps me retain information. But that’s just information. What happens when I need to learn choreography too? I had no idea. And it took me a really long time to figure out a way to practice where things actually stuck in my head. A combination of doing, writing things down and repeating helped but it was a long, painful process to figure this out.

I don’t have an ear for music

With two very musical parents, I’m not really sure what happened in the genetics department here, but I suck at music. BodyPump is exercise to music and every movement is timed to beats of a song. The choreography works in patterns. On paper, this looks simple to follow. That is, if you can count beats of music. I thought I could, but when I started trying to move to music, I was off so frequently. It took a LOT of work to get this right and frankly, I still don’t think I have it nailed. Note to self: do not join a band.

I’m a player, not a coach

Teaching my class on 29th September was one of the highlights of 2019. I was still nervous but I did enjoy it (once we got the tech in the studio to work!) The thing is, through this whole process, I couldn’t stop myself from feeling like I’d just rather be a participant in the class. I had this same feeling several years ago when I coached a Novice Ringette team. Ringette, for those that don’t know, is a sport played on ice, very similar to hockey. I played on a team from the time I was about 6 until I was 18 and I loved it! When I went to University, I got involved with a local team as an Assistant Coach for girls aged 6-8. But every game, I couldn’t shake the feeling that I’d just rather be on the ice. I didn’t get the same feeling of enjoyment or satisfaction as a coach. I kind of felt jealous of the players! And, honestly, I felt that way about instructing BodyPump too.

So, am I ever going to teach another class? I don’t know. I decided to give myself some time and space away from it all to re-evaluate. I think I’ll come back it eventually. But for now, I’m happy to be an enthusiastic participant instead.

A huge thank you to all 13 of my attendees at my class last month and all the qualified instructors who helped me (Salima, Hayley, Chris, Debora and Angela!) And, a special shout-out to Graham who endured countless practice sessions with me in our living room. Literally could not have done this without you.