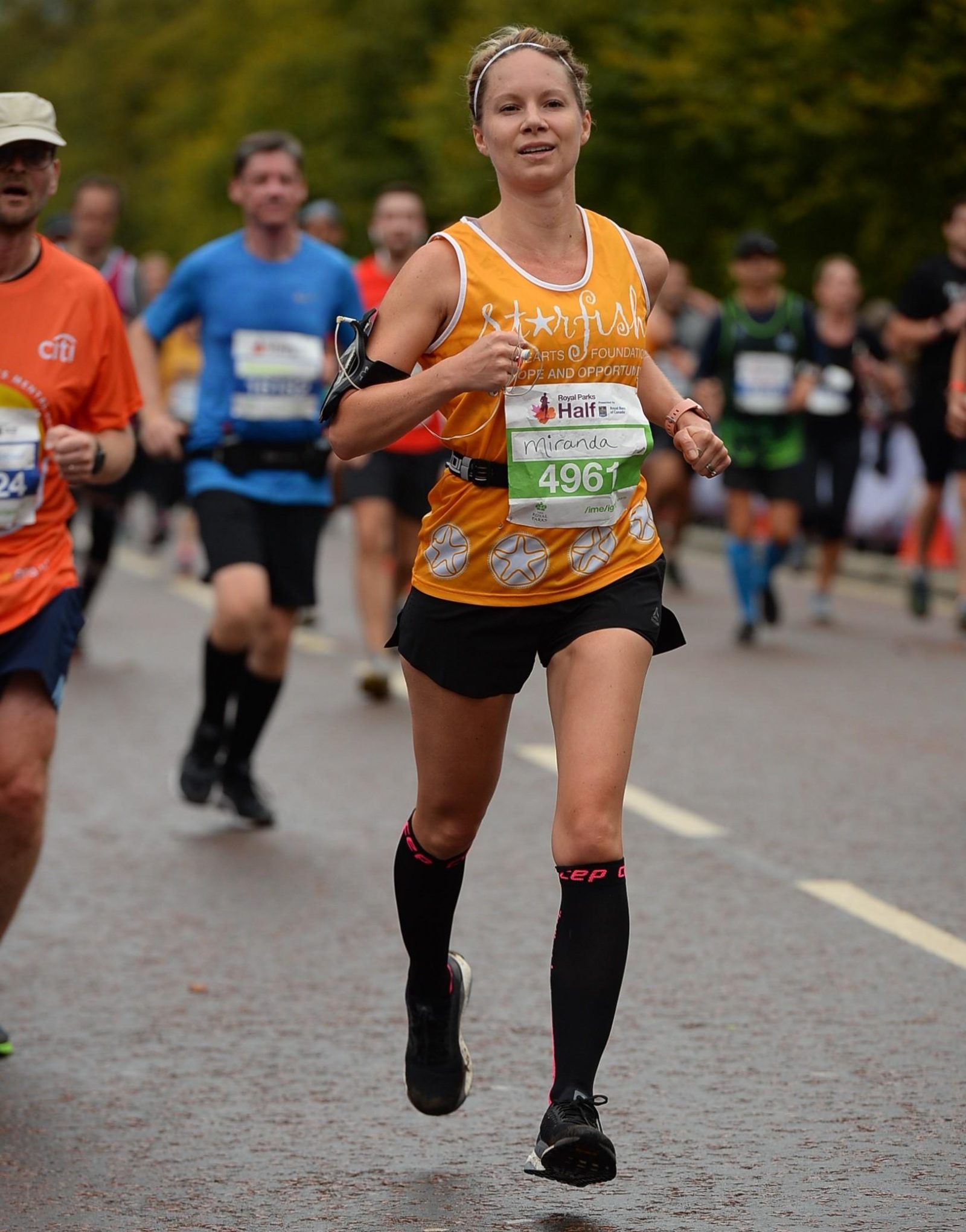 On Sunday, Graham and I ran the Royal Parks Half Marathon. After last year’s rainy race day, I had high hopes for a magical Autumnal run. It was not to be. The weather was grim. At one point, the forecast called for a 100% chance of a rain all morning. Due to the downpour the previous two days, race organisers warned of mud in the race village and suggested bringing alternative footwear. I wore rubber boots. Not for running. Just for traipsing through the race village.

This proved very valuable, because areas of the race village were an absolute quagmire. Luckily, we had access to the Starfish tent because we raised money for this charity in return for a spot in this prestigious race. (PS – you can still donate to our JustGiving page!) They allowed us to leave our bags there and warm up so we avoided most of the mud.

Just before the race, I decided I better make one last trip to the glamorous porta-loos. I tiptoed my way through deep mud and puddles, only to stand in more mud for 10 minutes. I could hear the race starting and was getting annoyed an anxious, both at being late to the start and at having my very new trainers now covered in mud with water creeping in and soaking my socks.

I decided to abandon the line. This proved to be a fatal error.

I could just quickly veer off course at the first toilet opportunity, I reasoned. I figured they wouldn’t be too busy since it would be early in the race. And besides, I wasn’t going for any specific time this race. I was just planning to run slowly and enjoy it.

I scanned the side-lines for toilets for miles and never saw any! I know there were some so I clearly just missed them, but by mile 9, I was starting to panic. I was going to have to find a well-placed tree. Thankfully, the race route travels through four of London’s eight Royal Parks: Hyde Park, Green Park, St James’s Park and Kensington Gardens, so there was ample opportunity. I spotted my tree and dashed off. This is the first time I’ve ever done this in a race. Normally if I see people doing this, especially women, I judge. I’m sorry. I get it now. Sometimes, you just gotta go.

After that, I was finally able to relax and enjoy myself. Knowing this would be my only half marathon of 2019, I tried to settle in and take in my surroundings. 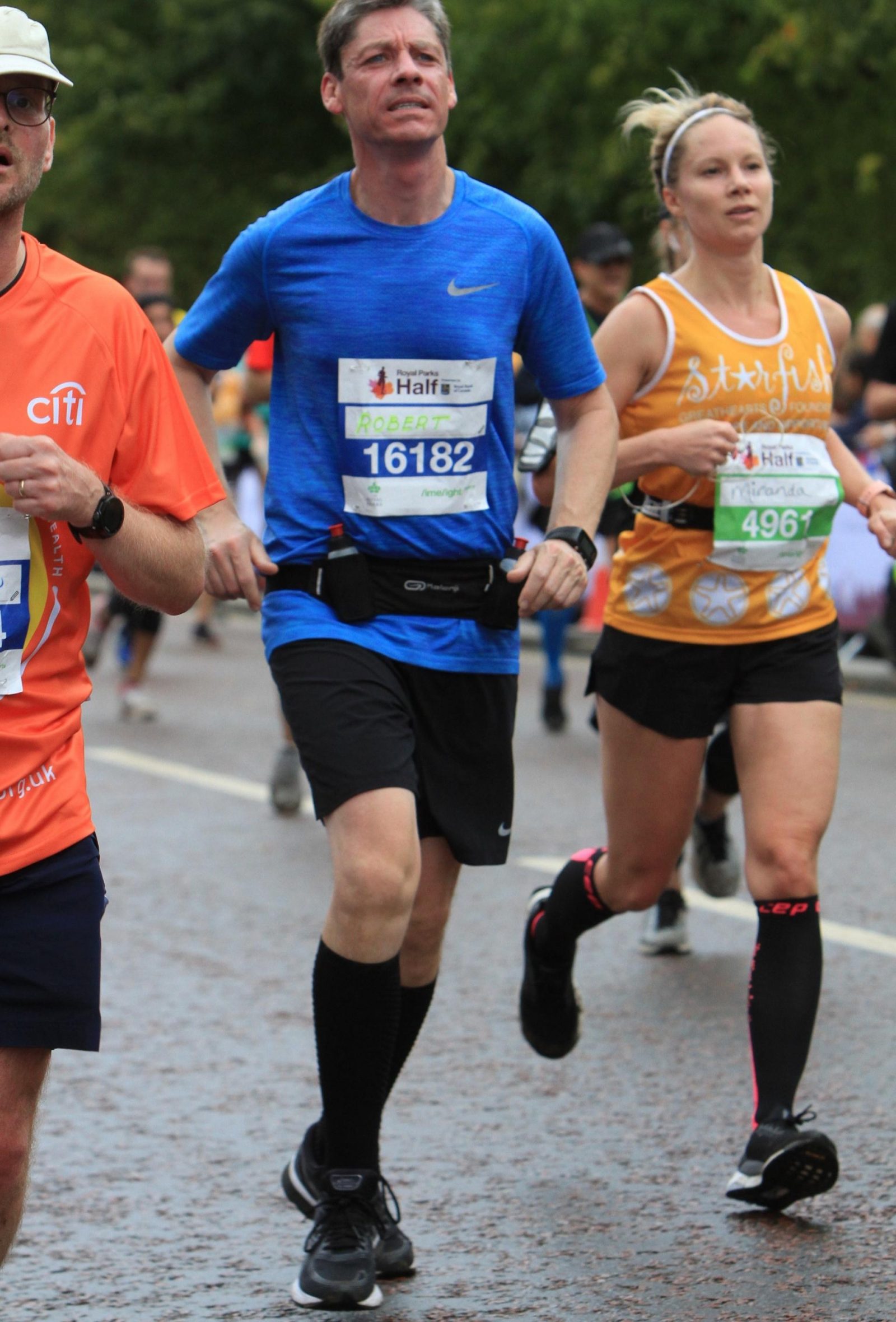 This is more a pic of Robert than me… but anyway…

I really enjoyed how this year’s race organisers focused on making the race as sustainable as possible. All cups used were paper and recyclable and they even trialled edible seaweed capsules full of water at the first aid station. I liked them so much, I had two!

I walked through the water stations. I took my time. It’s so easy to get caught up in the urgency of a race but I was proud that I pulled back and remained focused on my plan.

I also really enjoyed the last mile. With about 800 metres left to go, you can see the finish line and it’s so motivating and exciting. The crowd support is incredible and even though I was loping along, I felt like a total champion. 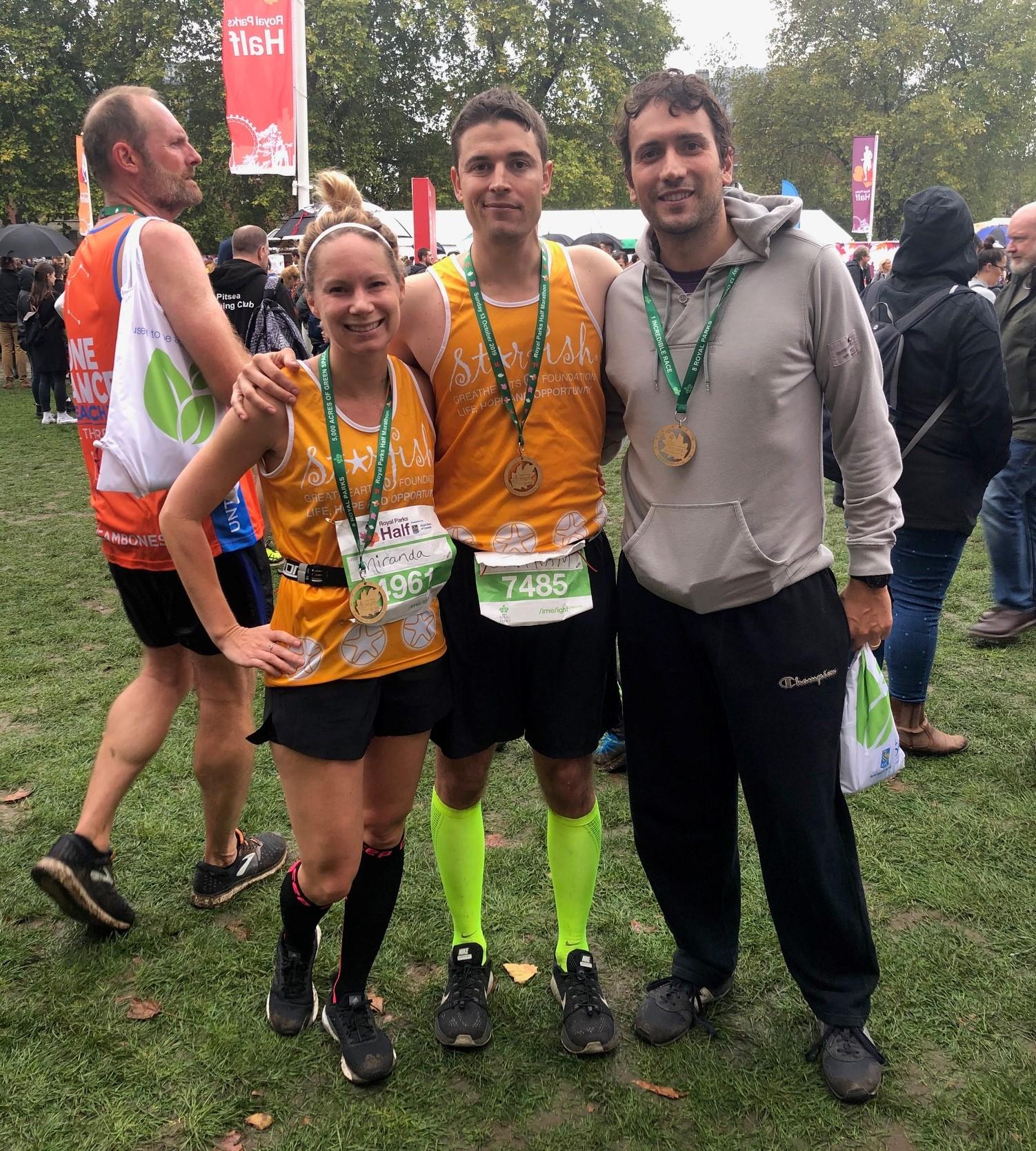 Graham and I with our friend Paolo, who did his second half marathon, also in support of Starfish.

I crossed the line in 2:13:21, my second slowest half marathon ever. Last year, I did this same race in 1:54:59, my PB. But this is fine. This was never going to be a race. Just a run. I have spent the last several months totally consumed with my fitness instructor training (more on that in a future post!) so running was really a secondary priority. On the plus side, I think all the weight lifting helped my recovery. Less than 48 hours after the race, I felt completely fine again!

I’d be remiss if I didn’t mention Graham’s amazing race. He set himself a lofty goal of running 1:45 and managed to hang on for a good portion of the race. In an epic battle of mental fortitude, he pushed himself to a new PB of 1:46:15! I’m very proud of him! Maybe one day, I’ll catch up. 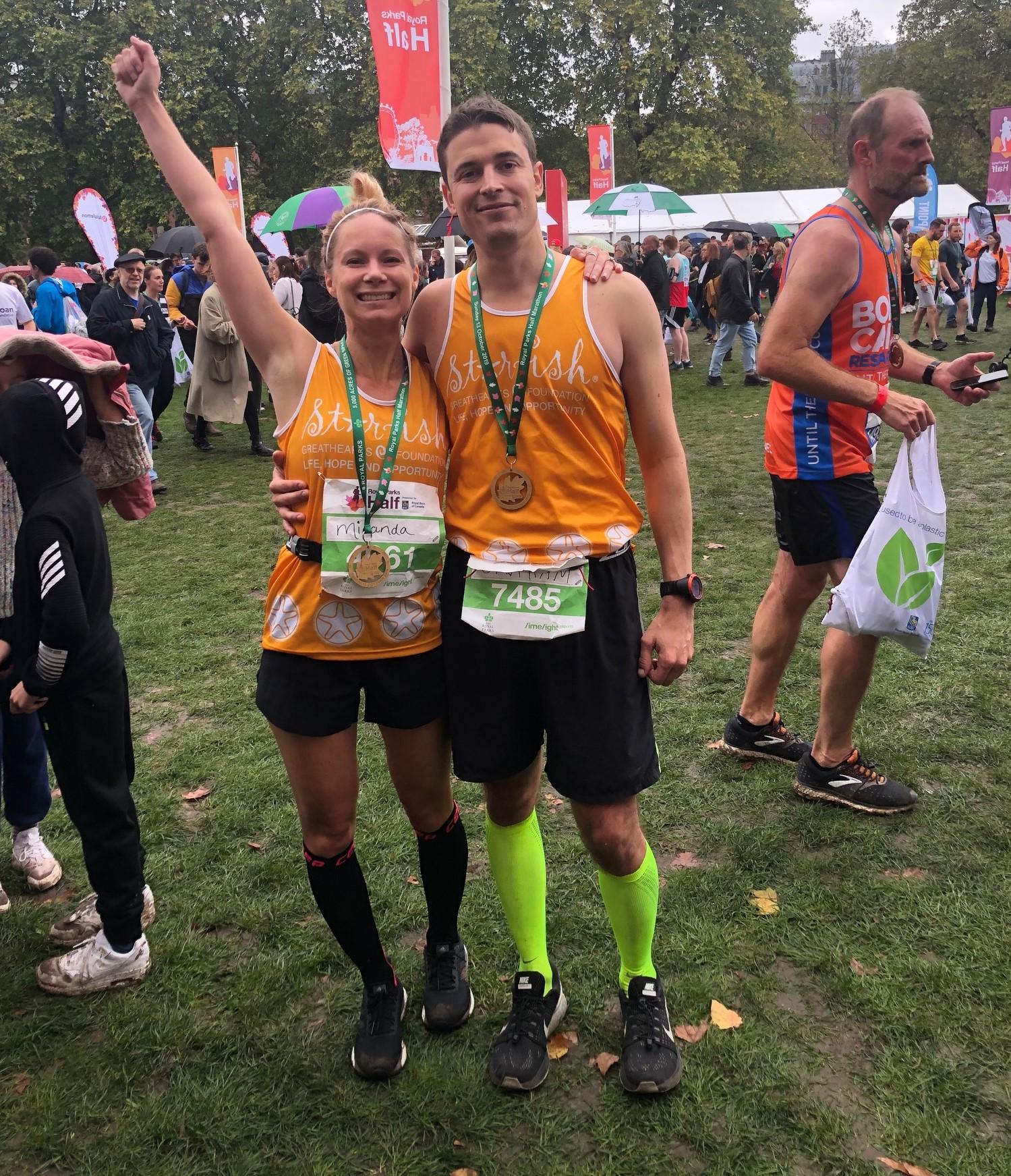 Two years in a row, this race has been a bit dreary and rainy. It’s really too bad,  because in some Autumn sunshine, it really could be magical. No doubt, I’ll be back again next year to test my luck. Fingers crossed for some sunshine in 2020