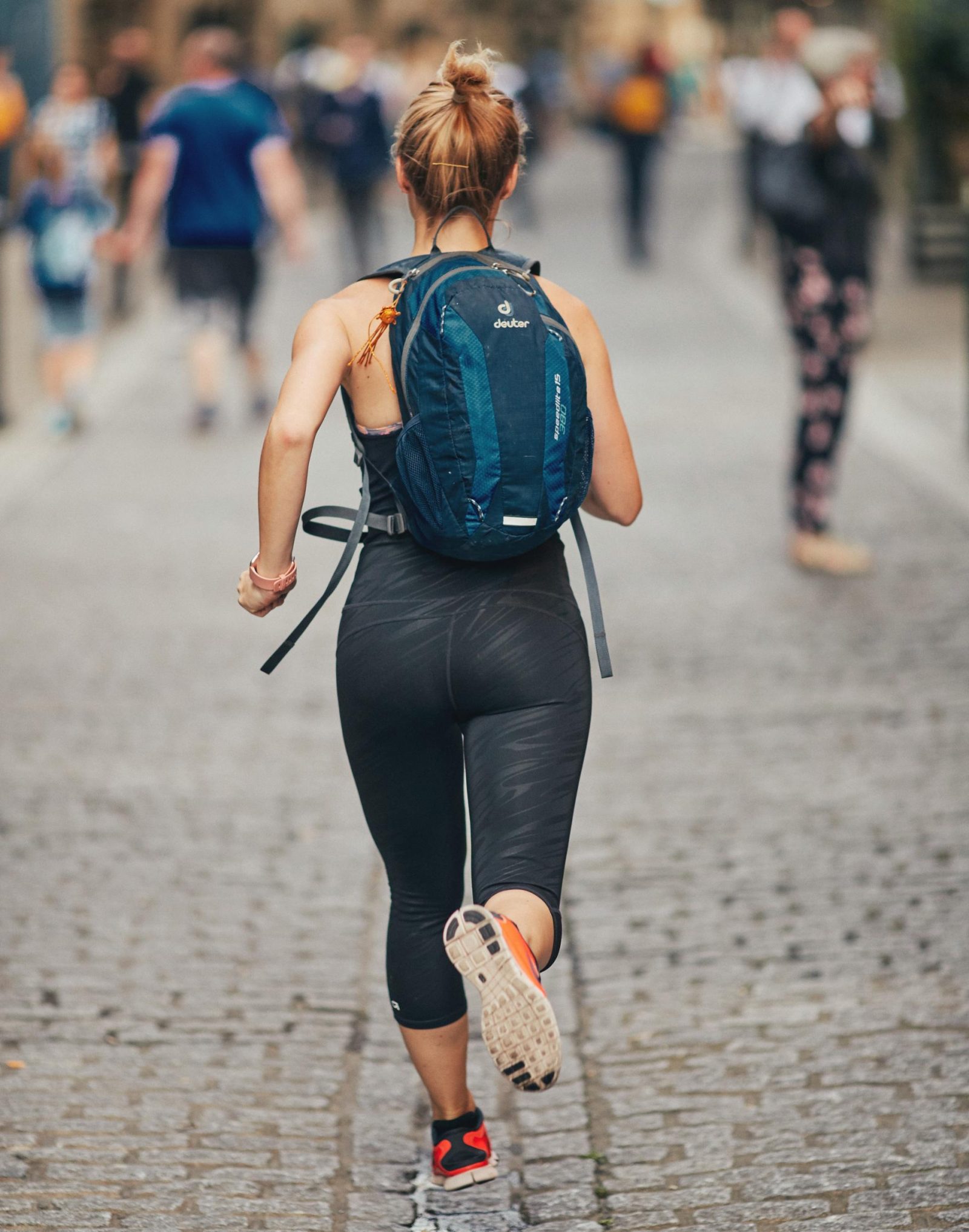 Back in 2013, I discovered that my run to work was actually faster than driving, and ever since, I’ve been hooked on the run commute.

Years later, it still proves to be one of the quicker and more enjoyable ways to get to work. Even at a gentle pace of 10 minutes a mile, you can cover almost four miles in half the average time people take to commute in London each day. Add the physical and mental health benefits, no environmental footprint and no cost, and you have a winning combination to beat rush hour, morning or evening.

Sometimes, running home from work is the thing I look forward to all day! However, I realise that run commuting is not for everyone. Liking running to start with certainly helps.

A common objection I hear from many people is that run commuting is logistically challenging. But actually, with a little planning, most problems can be overcome. Here are my solutions to the most common reasons people don’t try run commuting:

I have too much stuff to carry

Yeah, me too! So, I got a very space efficient running backpack – the Deuter Speed Lite 15 – and you would be amazed how much stuff can fit into this little guy. Shoes, makeup, change of clothes, sometimes even my lunch! Also, I bought it more than four years ago and even with near daily use, it’s still in great condition. Start with a 20-litre backpack if you’re new to run commuting. Over time, you can probably reduce the size.

If running with this much stuff on your back doesn’t seem reasonable, consider leaving things at work in a personal drawer or locker. I did find that one hazard of running with my makeup was that my powder and bronzer kept breaking from being bounced around. So try to leave this stuff at work or have an extra set of things at the office.

There’s no shower at work

Then run home instead. This is my favourite way to run commute because it also means you don’t have to bring very much on your back. Just pack your running kit in the morning in your running backpack, change at work, and run home. It’s an amazing way to clear your head after a day of work and get moving after sitting for a long period of time.

If you want to run to work in the morning even though you don’t have access to a shower, lets first hope that you have tolerant colleagues. Secondly, you might consider trying a waterless body wash or dry shampoo.

It will inevitably rain on a day you’ve decided to commute on foot and running with an umbrella doesn’t really work. A sweat-wicking waterproof or water-resistant jacket is a must. I’m a big fan of the Nike Women’s Essential Jacket featured in this blog post. Most backpacks are water resistant but also consider getting a waterproof stuffsack for valuables like your phone.

Perhaps your office is a long way away from home and running the full distance isn’t realistic. Why not get off the bus or train a few stops early and run from a distance you feel more comfortable with?

Google maps and some headphones solves that problem pretty easily. I recently moved to a new office and had to find a new way home from work. On my first attempt, I got lost so the next time, I just put in my address into Google maps, put on my headphones and had guided instructions for every turn. And even if you do get lost, it’s not a big deal. It just means it was a bigger workout than you were originally anticipating. Have a glass of wine when you return to celebrate your victory!

Have more excuses? Tell me in the comments and I’ll see if I can find a solution 😊