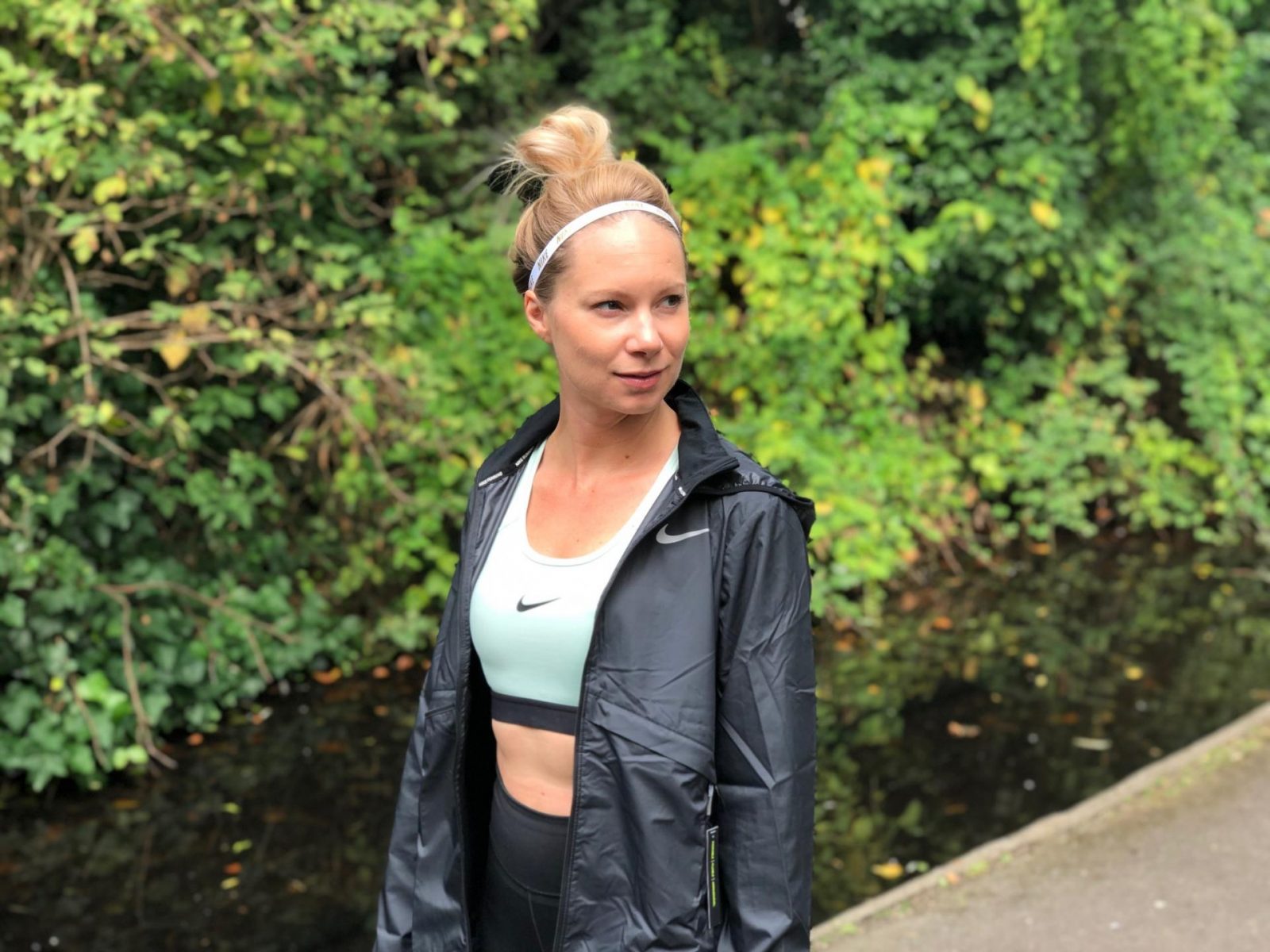 So, it appears summer is over. After the Bank Holiday, it was like the season just switched. The air is now crisp and the ground is covered in dried leaves. And sadly, that means my short shorts and cropped tops are no longer suitable running attire. Time to break out the long leggings and jackets! And I’m not going to lie, last year’s collection is feeling a little… tired. I wanted something new.

It was as if the Gods of running heard me because right at the time I was dreaming of new running gear, I was asked to do a collaboration with Runners Need in Covent Garden to test out some new shoes and running apparel! This perfectly timed little collab resulted in a super fun evening in the store trying on clothes and talking about it for the Runners Need Instagram account. All our fun videos appeared on the Runners Need Instagram story, but you may have missed that. So, I thought I’d do a roundup of some of the great kit I tried on. 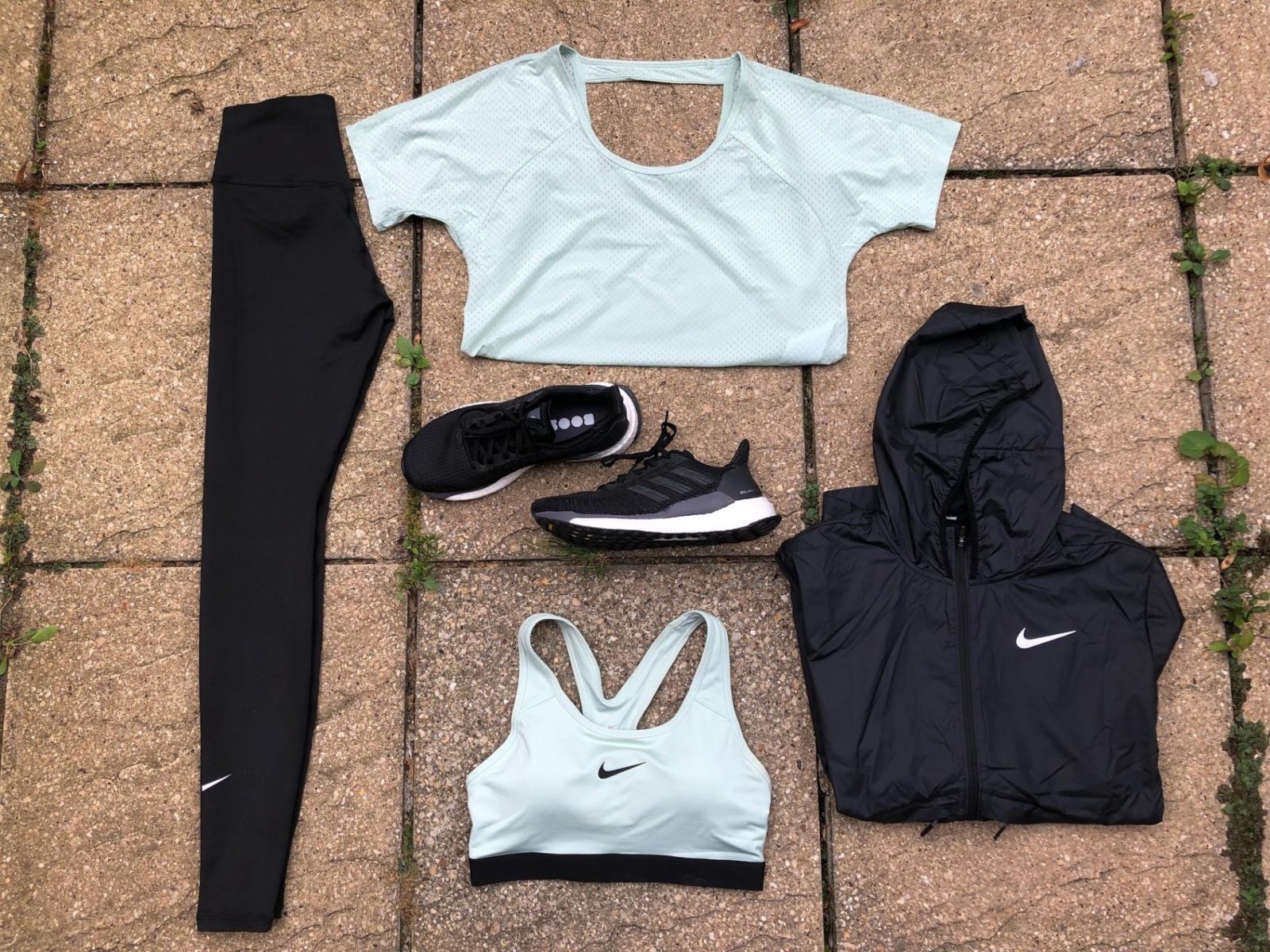 First up: The Nike Women’s Classic Padded Bra. Sports bras are so important. If yours are old or you’re not sure if it’s right for you, I beg you to go to Runners Need and talk to an expert.  Get it wrong and it can cause pain, chafing and sometimes, permanent damage due to stretched ligaments (Read: Saggy boobs!! Ahh!!).  This particular bra is a perfect running wardrobe basic. Designed for medium support, it can work for a range of activities. It also has some light padding for coverage and shaping which is always necessary in my opinion.  I’ve had a few post-race victory photos ruined by some way-too-obvious nips. Just saying… 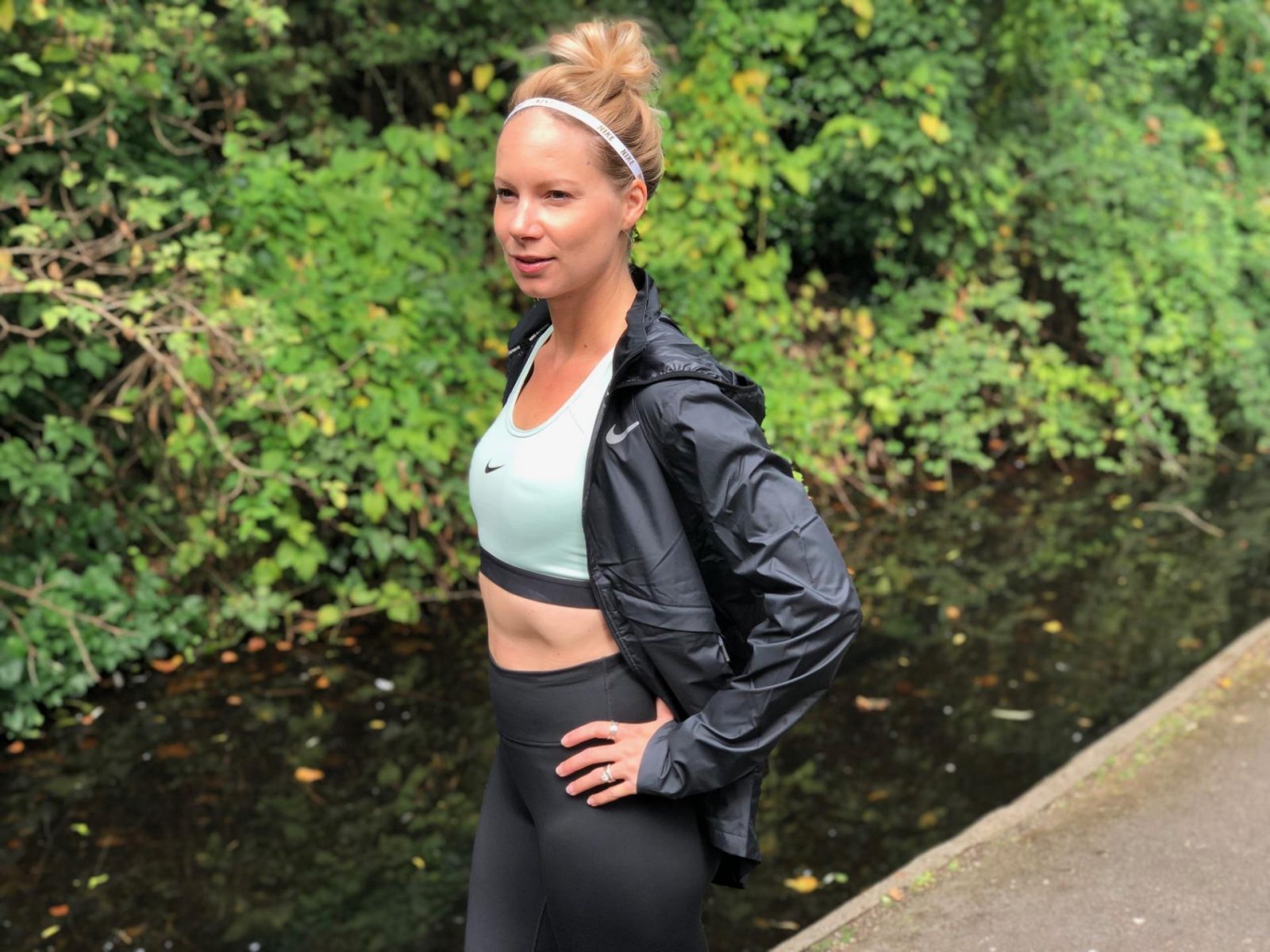 I also got to try on the Nike Women’s All-In Tight. Ladies, if you do not own a pair of long, black leggings in your wardrobe, you need to go out and buy these right now. They are like the “little black dress” of running attire. Not only are they super soft and comfortable, they have this massive pocket in the back which is absolutely necessary for running. I took these leggings out on a 14km run on Saturday and my iPhone X fit in there, no problem. In fact, I actually forgot it was even there. These are a total winner and perfect for all-day wear, not just your workout.  My only small criticism is that they are a bit too long for me. If you are 5 foot, 6 inches or taller they’d be fine, but for me (at 5 foot, 4 inches), I needed to scrunch them up a bit at the bottom. 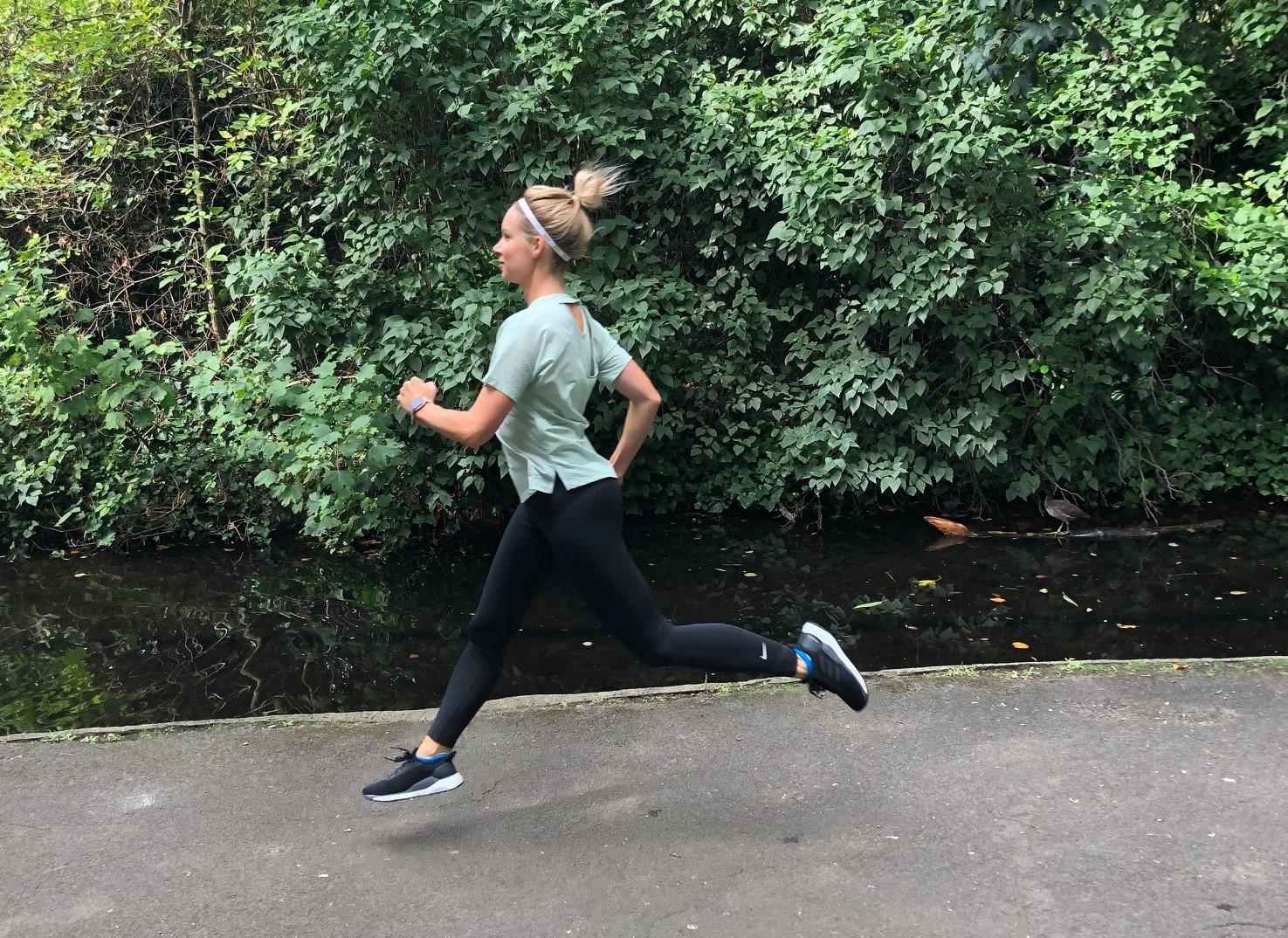 I really loved the Nike Women’s Miler Short Sleeve Breathe Top too. This is one of those tops that probably has zero in-store appeal. It looks pretty basic but it’s surprisingly lovely. It has this cool cut-out at the back and it hangs really nicely. It’s super light and breathable and stood up well on my long run. While the top also comes in blue, I highly recommend the mint colour which is officially called “Pistachio Frost.” It’s a beautiful colour that has the added benefit of making even pasty girls like me look a little bit tanned. I am shamelessly grasping onto every last shred of summer. 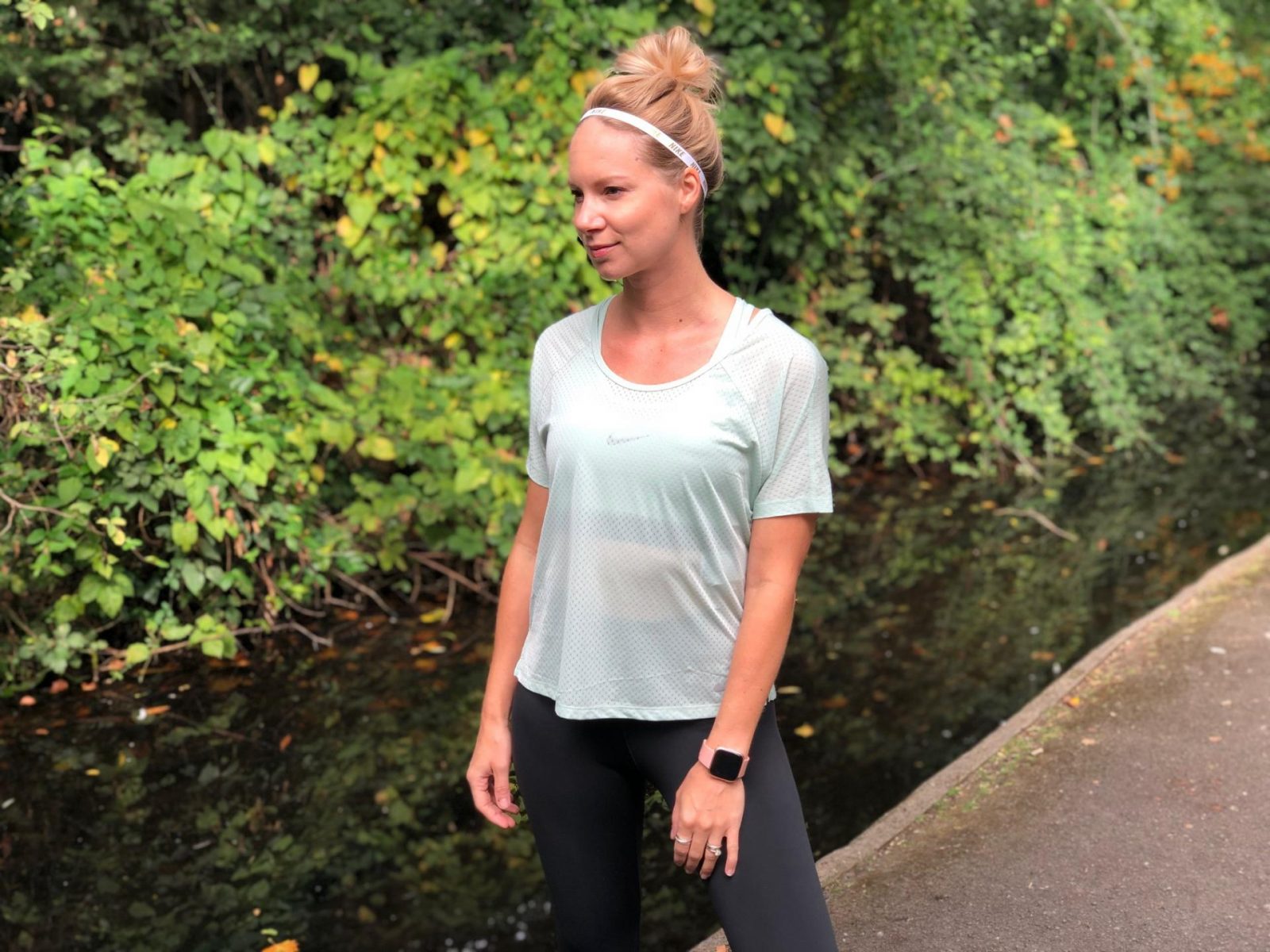 Finally, the jacket. The Nike Women’s Essential Jacket is indeed essential. It’s super lightweight, has ample pocket storage and it is water resistant. It is actually one of the more comfortable running jackets I’ve worn. It has lots of ventilation so it doesn’t end up feeling like you’re running in a bin bag which is a big plus and it doesn’t wrinkle! I discovered today a tiny tag on it that says, “packable” and thought it referred to how lightweight it was. But I discovered that the fabric also stays nice and flat even after being scrunched in a ball or tied around your waist (as I did while running). This is a massive selling feature! 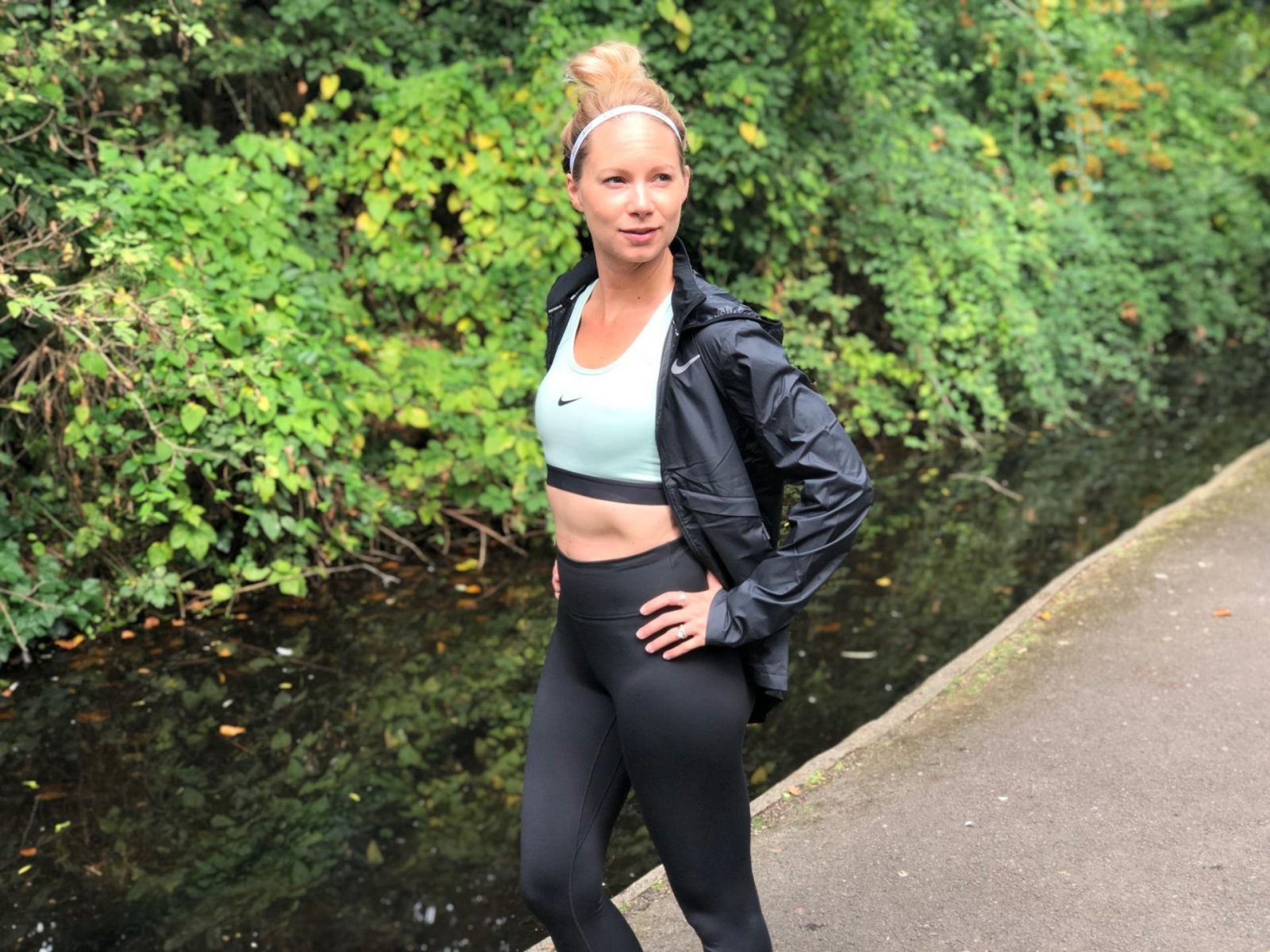 Finally, the shoes! I got to try on two pairs of shoes while I was at the store, both of which were brands I’ve never worn before! The first pair were the HOKA Clifton 6. These are interesting shoes. I asked about them on Twitter recently and it seems they are very polarising. I am not a massive fan of them aesthetically, but they did feel really good on my feet. I took them for a little spin on the treadmill and they felt very different from what I’m used to. Lots of cushion in the heel, and a very exaggerated forward propulsion. While they are well-suited shoes for long distance running, I don’t think they are for me.

The next pair were my hands-down favourite. The Adidas Solar Boost felt like an old friend. If running shoes could hug, that’s what these ones did to my feet. It was like putting my feet into a perfectly worn slipper. They just felt familiar. And I loved them instantly on the treadmill. I took them out on Saturday for a long run, and they were perfect. I realise 14km in brand new trainers is perhaps a bit aggressive, but I couldn’t fault them. Even with my wonky feet, there were no hotspots, no pain – just perfectly supported running. Apparently, the tech behind these shoes is inspired by NASA. I mean, you can’t argue with NASA. 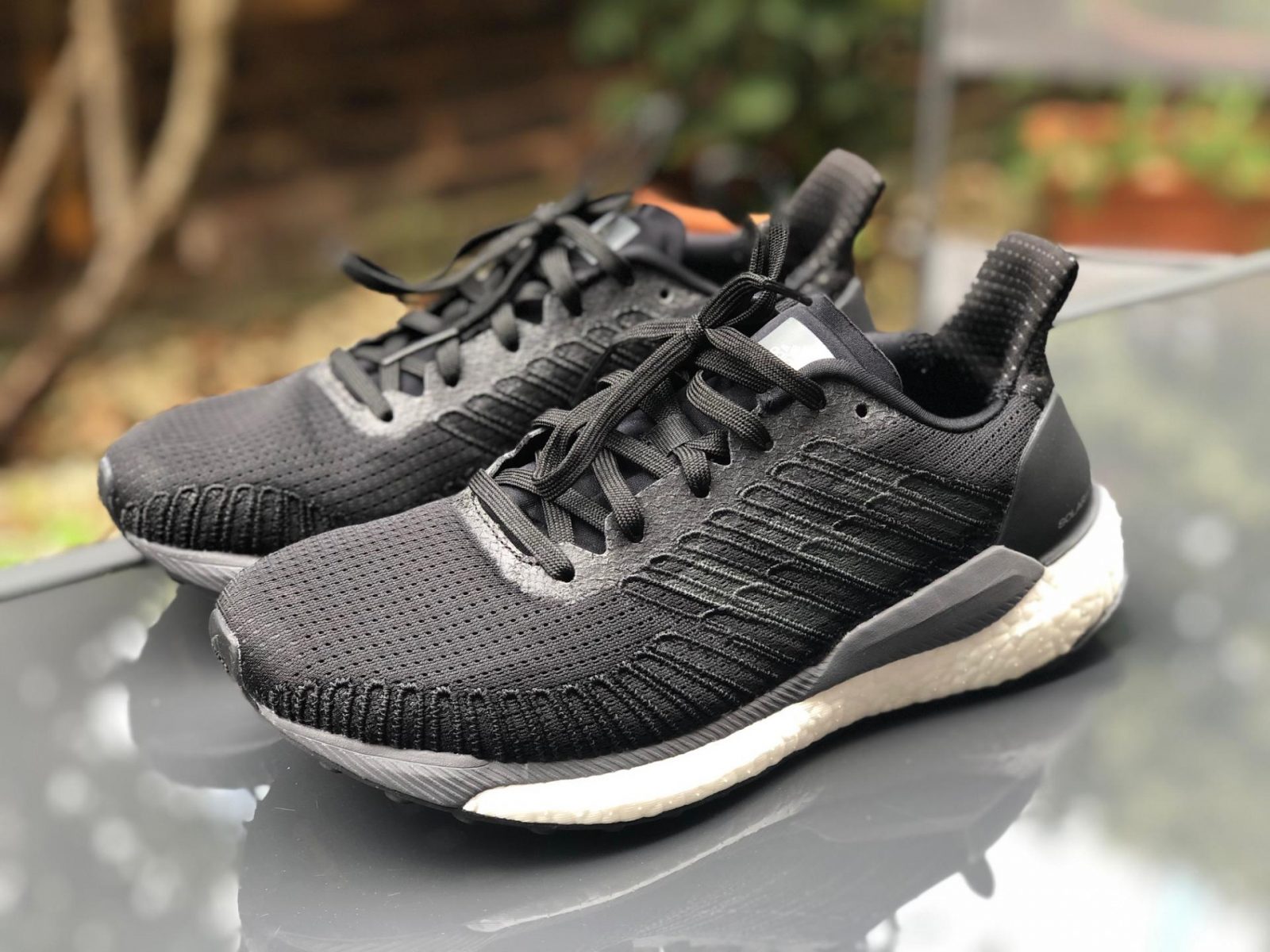 The Covent Garden Runners Need store is massive and has so much stuff.  And, they do so much more than just sell cool kit. They run a lunch time run club called The Cleaner Air Run Club every Thursday from 12pm. The group follows routes with the lowest air pollution to try to give runners the healthiest run possible.

And, if you need to get rid of some old running shoes, bring them to Runners Need between 13th and 24th October for their Recycle My Run campaign! In return, you’ll get a £20 discount off all full priced running shoes in-store or online! It’s a great deal, and a great way to not be a hoarder (like me!)

They also do a detailed gait analysis, so if you’re not sure what shoe to buy, chat to their specialists who can help.

Now that I’ve got some of my Autumn running wardrobe set, I’m feeling much more inspired to train for the Royal Parks Half Marathon! We’re still trying to raise some money, so you would like to donate to our charity, click here.

Big thanks for Graham who snapped some decent pics of me for this blog post. You’re finally getting the hang of this blog-husband role! And, big thanks to the team at Runners Need! If any other items come in Pistachio Frost, I’m probably going to buy them.

This blog post was a collaboration with Runners Need. In return, I was gifted the items featured in this post but rest assured, my views on them are my honest opinions.