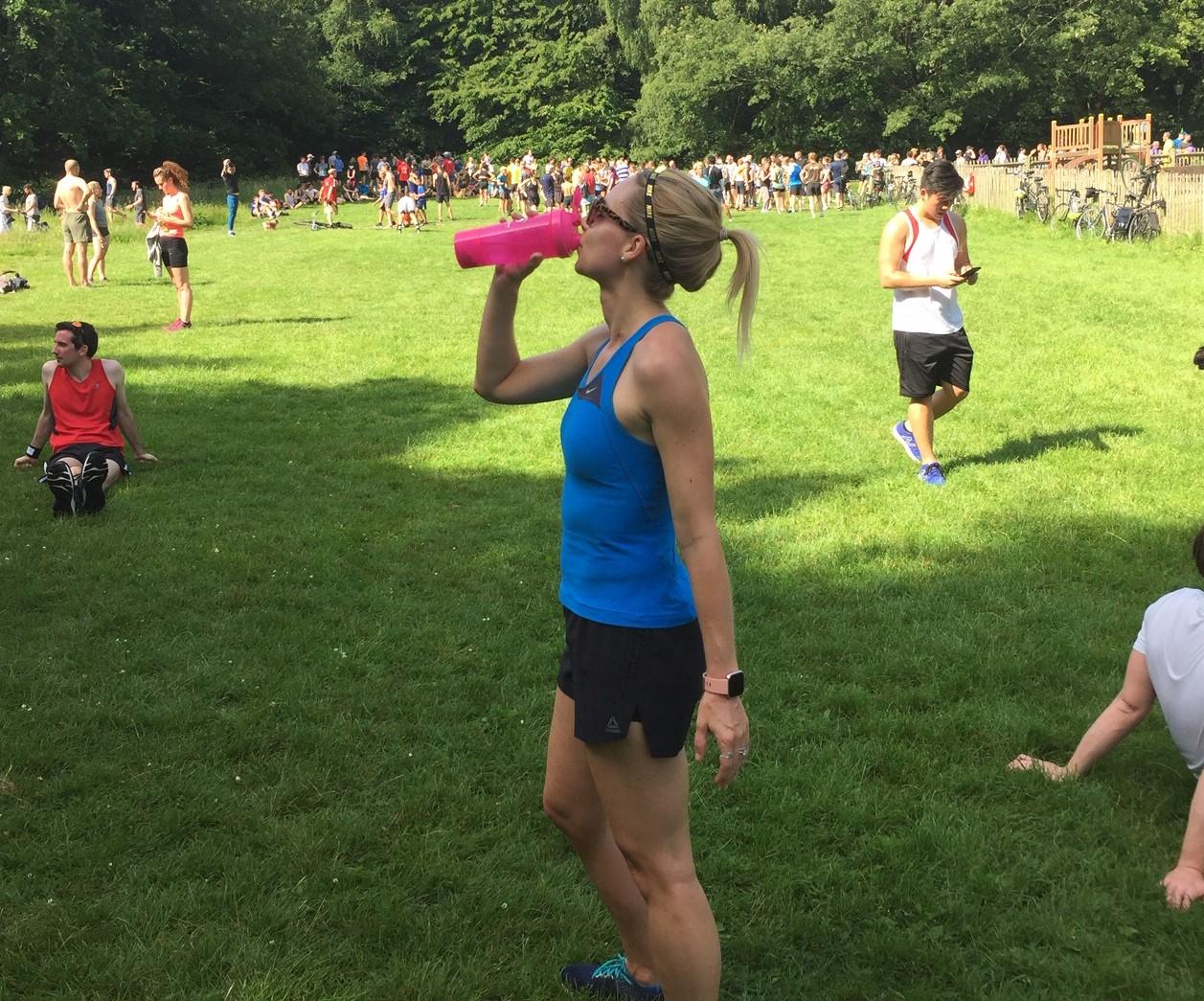 Needed all the water after this hot and hilly run.

The Parkrun tourism continues! Even though I’ve already accomplished my goal to do three new Parkruns this year, we decided to try another new one. This time, we picked the HOTTEST day of the year to try the Hampstead Heath Parkrun.

Even at 8:30 in the morning, it was 25C so I knew this was going to be a hot run. I assumed that the run would likely be on shaded paths in the park, so I reasoned that it might not be too bad.

It was in fact, one of the hardest Parkruns I’ve ever done.

I knew I was in for a tough run when the race director described the finish by saying, “you go up the hill of doom, and you’re done!” Wonderful. 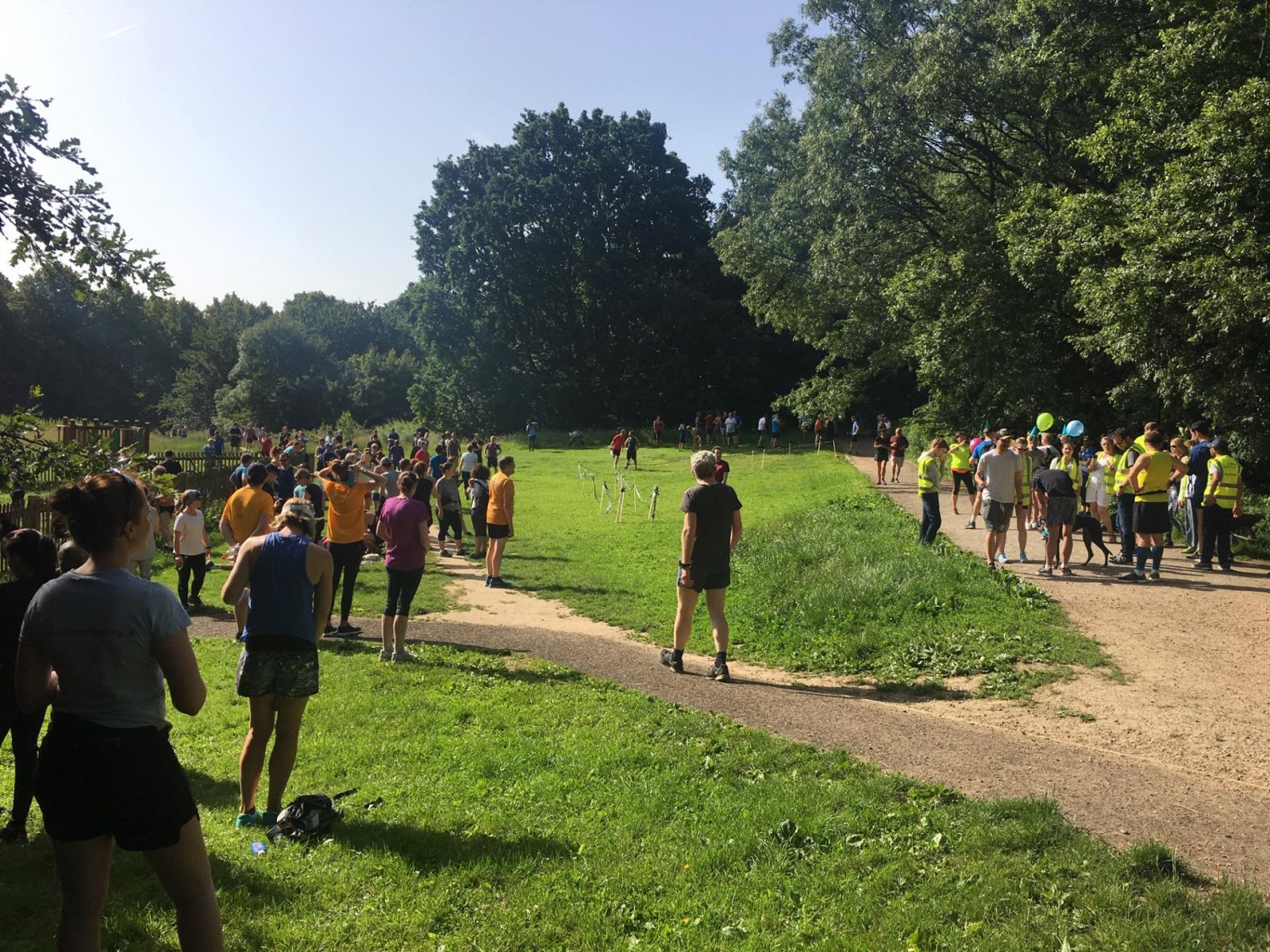 Given the heat and the tough course, I decided I’d take it easy. And it was just as well, because with close to 500 runners, and narrow paths, there was no chance of getting off the start line very quickly. The race started downhill in the shade, and with an easy pace, I sincerely had a moment where I thought to myself, “I love running. I could honestly run all day.”

That feeling quickly evaporated. The course opened up and I picked up the pace, just in time to hit a hill in direct sunlight.

Despite the notion that I would “take it easy,” I couldn’t help myself. As soon as the runners spread out a bit, I sped up to my usual 5K pace. 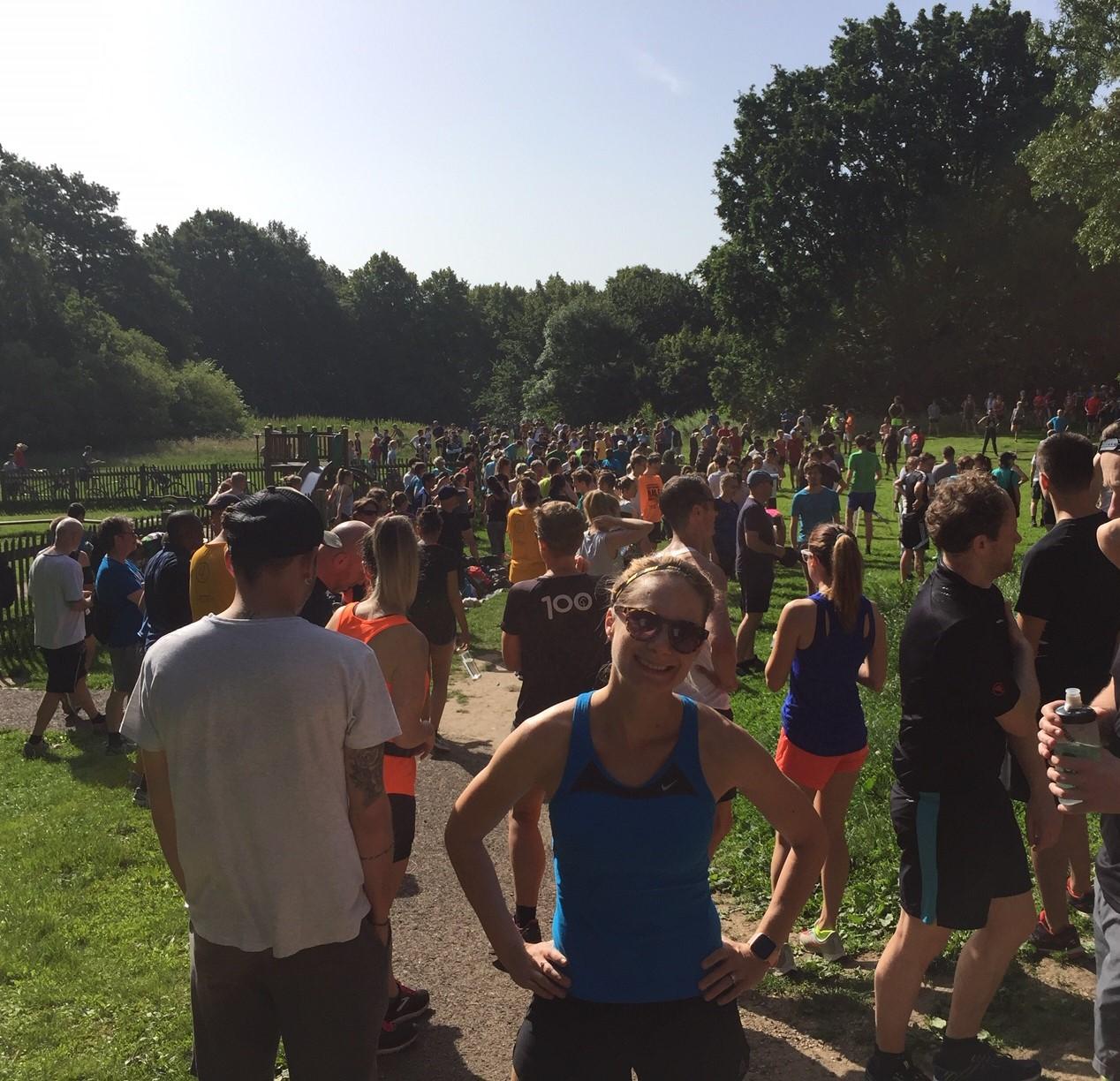 This was tough to maintain and I sincerely struggled. Why didn’t you just slow down, I hear you ask? I don’t know. I just can’t. It’s a weird fight I have with my body and mind during a 5K. I must push myself to the absolute brink or it’s not worth it.

By the time I finally got to “the hill of doom,” I was literally gasping for air and desperately trying to hold onto the pace. My legs ached. My lungs burned. It was not glamorous.

That said, I still placed reasonably well in the field: 1st in my age category and was the 19th female overall. 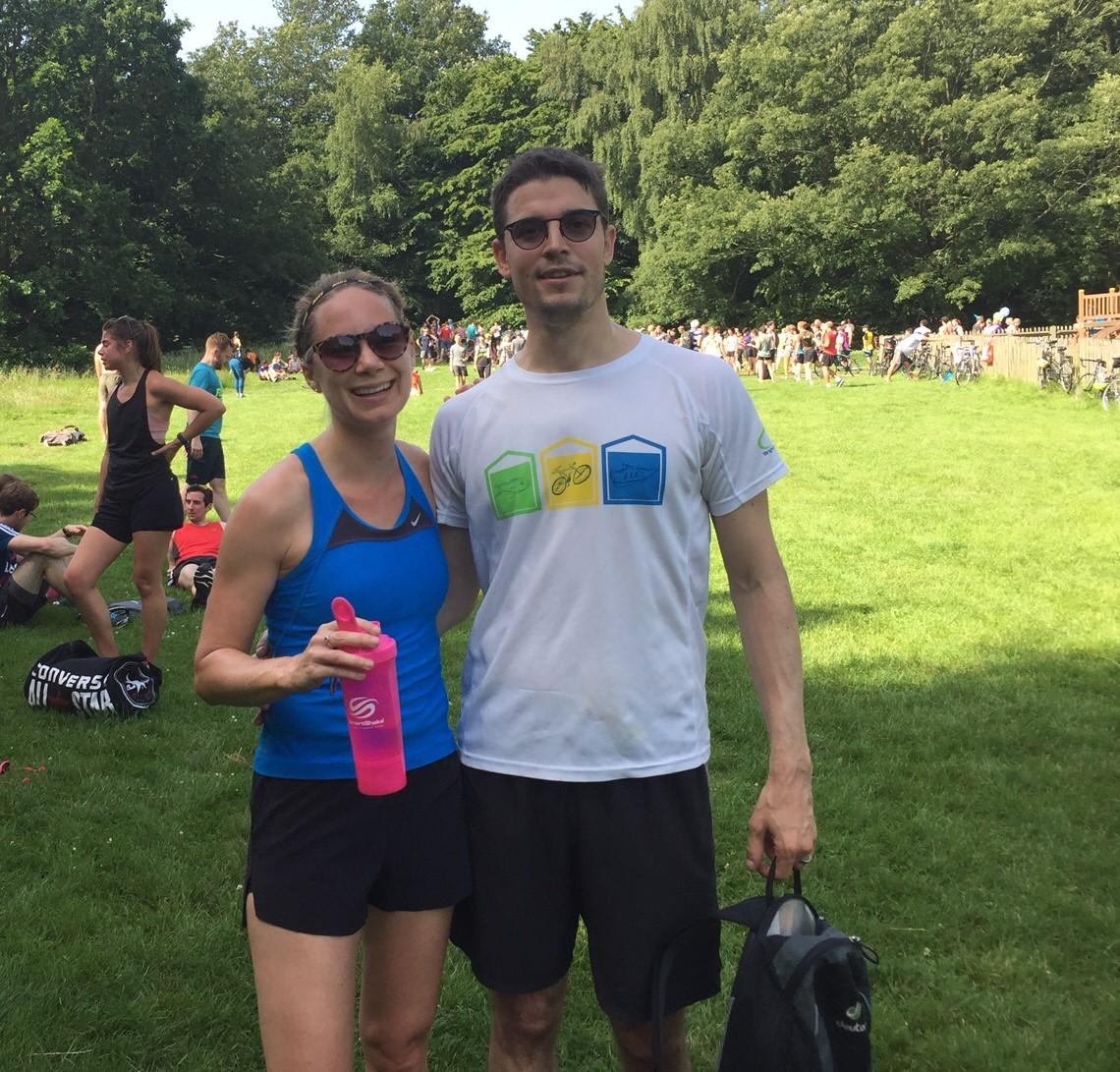 It’s a hard course my friends. If you are trying for a PB, Hampstead Heath is not the place to do it. I don’t think I’ll go back in the summer, but maybe a reprieve in the Fall would be good. With cooler temperatures, I think I could sneak in under 25 minutes here.

I think it’s safe to say summer is finally here, so if you’re looking for some tips for running in the heat, check out this post I wrote during last year’s heat wave!