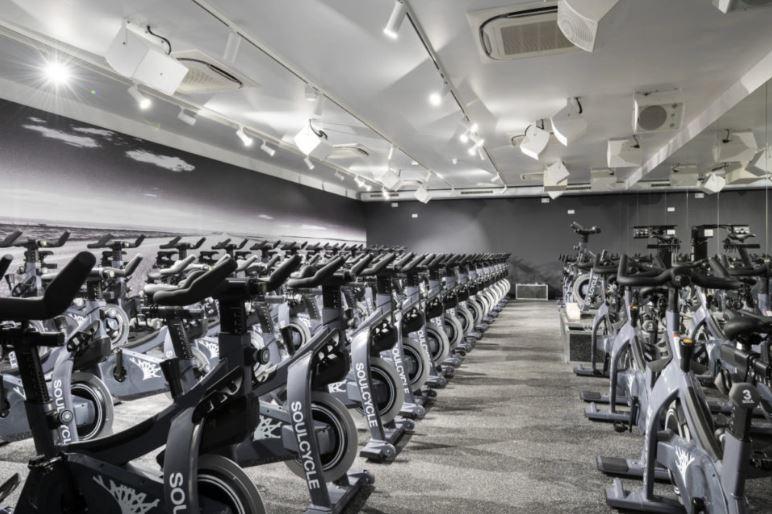 SoulCycle has landed in London! Following immense success in the US with more than 88 studios across the country, the indoor cycling brand has finally launched its first UK-based studio in London.

With a cult-like following and a ton of hype, I had high expectations. Running remains my first love, but from time-to-time, I do dabble in the world of cycling. I’ve tried many indoor cycling classes, so I was curious to see how SoulCycle compared. Seemingly late on the scene in the UK, how could it offer anything different?

Loved by celebrities and renowned for its inspirational instructors, I was curious. I also wondered how such an unashamedly American concept would land in the UK. Would Londoners really get behind all the high fives and life-affirming mantras?

Early response from London journalists about the Soho-based studio was extremely positive. Some journalists even claimed they’d cried tears of joy, and others suggested the 45-minute cycling class was nothing short of life changing!

I had to see for myself – an experiment I was willing to pay £16 for.

Overall, I was pretty underwhelmed. Let’s break it down…

I arrived and there was a line-up out the door. I realise a 6:30pm class at any London-based studio is likely to be busy, and this was, afterall, their opening week, so I let that slide.

Despite signing up and knowing my bike number, I wasn’t on the list. After a little discussion with staff, I was given a pair of shoes and directed to the changeroom.

The changeroom was overwhelmingly crowded. With the previous class leaving and the next one arriving, it was near impossible to change my clothes. I couldn’t even take my shirt off without elbowing six people in the face. I changed as quickly as I could and headed to the studio.

Once inside and setup, I was willing to let the drama of the previous 10 minutes disappear. I vowed to compartmentalise and focus on the class. 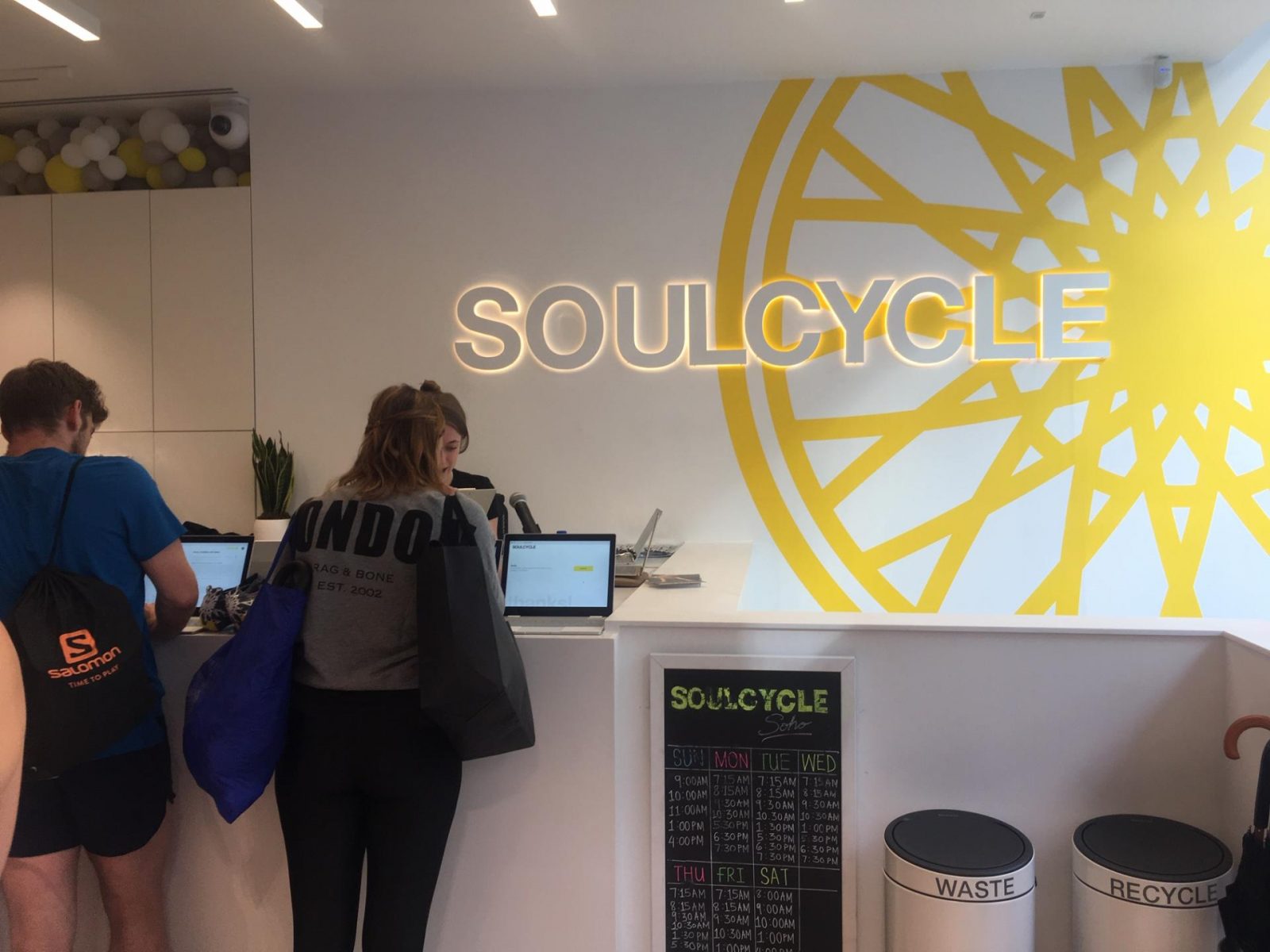 The only photo I took during my SoulCycle experience…

The leaving process was as chaotic as the entry and I grabbed my belongings and bolted to the street as quickly as I could. That’s why there are no pictures of my experience. I didn’t want to be in there for one more second. It was so busy. It made Oxford Circus seem calm by comparison. Again, I realise it’s opening week, but if the intention is to pack classes week-after-week, this would be a deal-breaker for me.

I totally get why people like this. If you love music but hate working out, this could be the perfect workout for you. It is designed so that you focus on things other than the workout. If the changeroom situation eases up, and you’re willing to pay the high price tag, it could be the uplifting workout experience promised on their website.

The class involves a lot of standing up and tapping your bum back on the seat and push-up variations. While popular with the likes of Boom Cycle or the Beat class at Digme, this style of indoor cycling just does not appeal to me. I like the cycling workouts that emulate actual cycling. I like data and stats and competition, and SoulCycle is none of those things.

There is undeniably a market for this. It’s just not me.

Have you tried SoulCycle? What did you think?