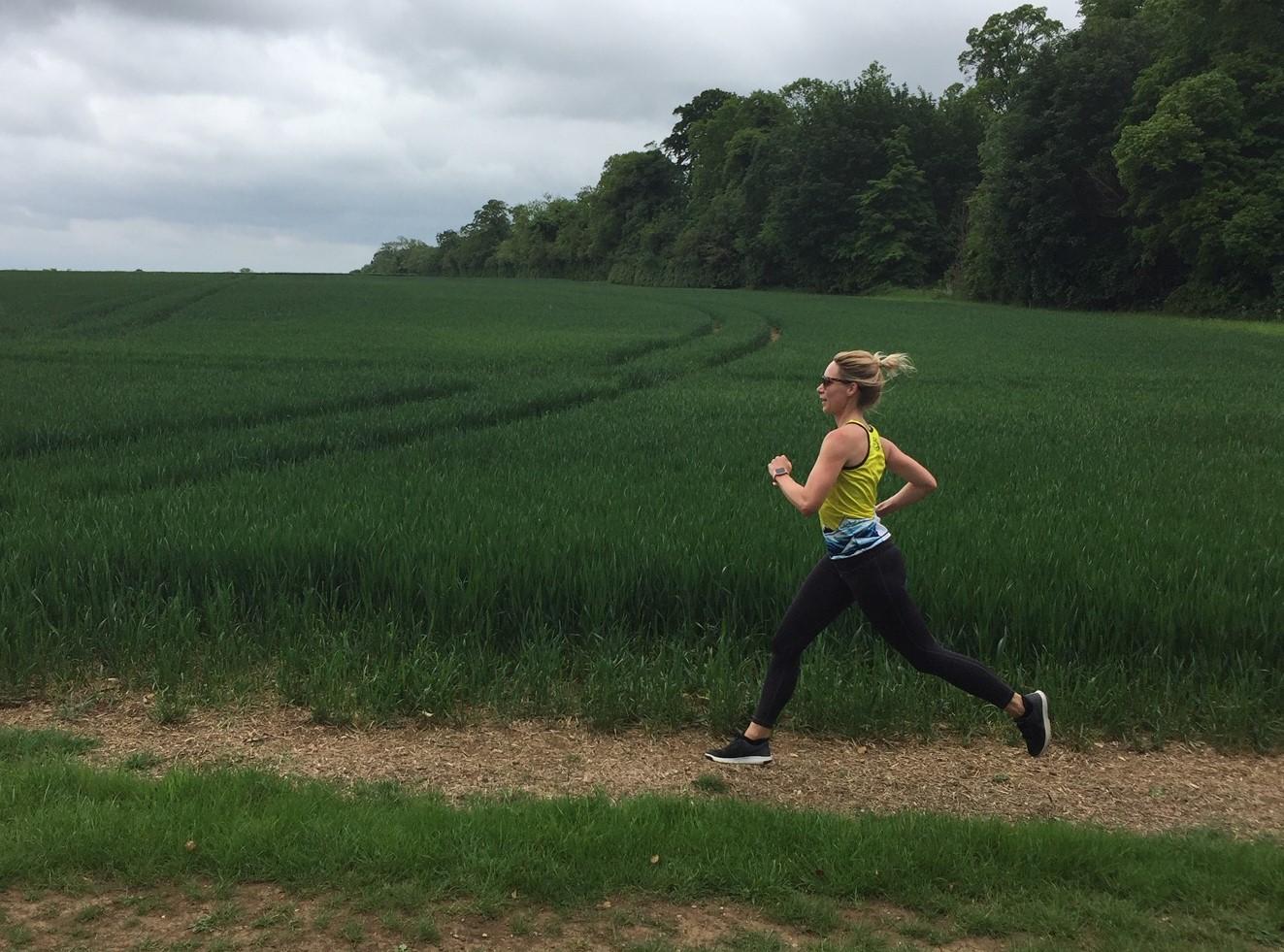 May has been such a great month of running. We’ve spent quite a bit of time outside of London which has given me the opportunity to migrate from the pavement and do some beautiful country running.

Here’s a little roundup of where I’ve been running this month.

This past weekend, we were very fortunate to be invited to spend the weekend with our friends Brian and Christina at their family’s beautiful country home near Stamford, a town on the River Welland in Lincolnshire. If you were impressed by my knowledge of the English countryside, don’t be. That came from Wikipedia. I sincerely have very little idea where I am as soon as I leave London.

To compensate for eating and drinking our weight in beautiful food, Graham and I went on a little run in the fields near their home on Sunday morning. 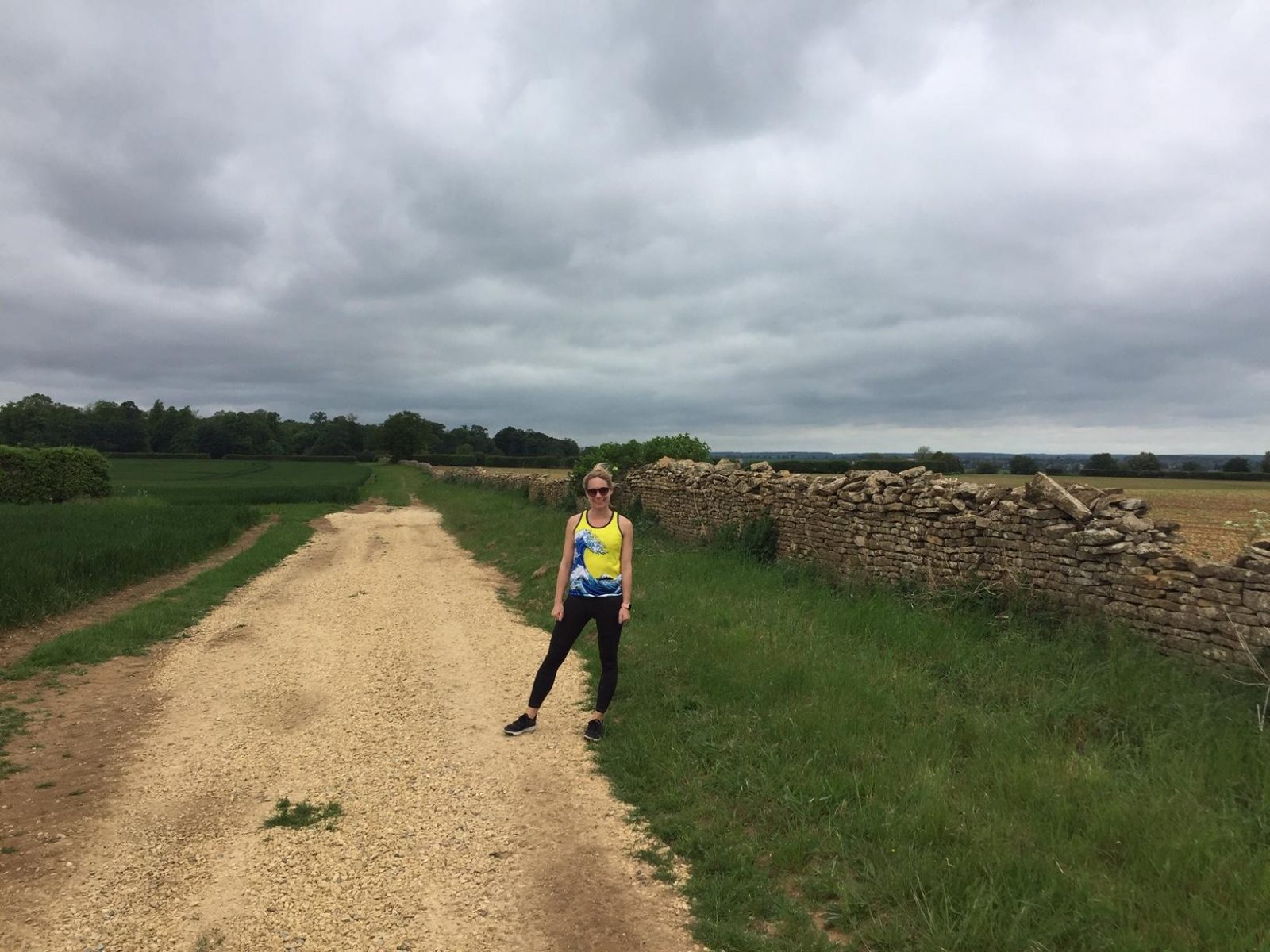 I love running on the uneven terrain of a field. It forces you to concentrate more, making the run seem more athletic than my normal run along the canal.

The week before, we were in Milford-On-Sea for two nights with a big group of Canadian visitors. Our friends Caine and Clare were getting married at the beautiful Highcliffe Castle, so we stayed at a charming hotel called The Beach House. It was a beautiful spot, with stunning sea views of the Isle of Wight.

On the morning of the wedding, we went for a run along the waterfront. It was the perfect running temperature and the air smelled like the salty, distinctive scent of the sea. 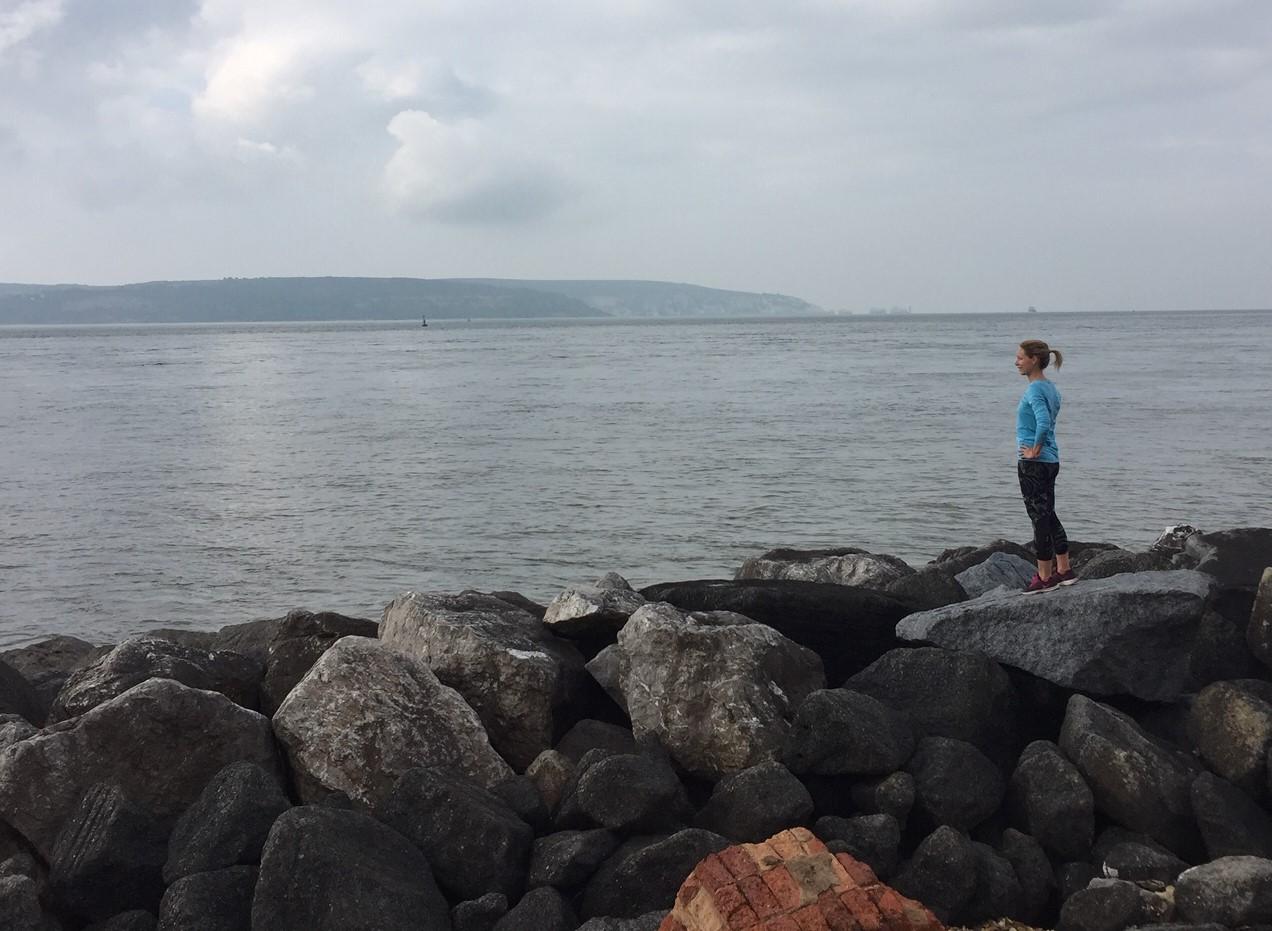 It was a uniquely challenging run as most of it was along a pebble beach! Like running in sand, I’m sure this run burned more calories than a traditional road run! This was a good thing considering the sheer gluttony with which I tucked into the late-night cheese spread at the wedding!

Runners are so habitual. We tend to stick to parks, canals, or doing multiple laps of our regular neighbourhoods! It’s so refreshing to mix it up once in a while.

Earlier this month, we enjoyed a weekend with our friends Alexandra and Chris at their beautiful family cottage near Kemble. With ample trails, mixed terrain and mild weather, a run was definitely on the weekend agenda.

We even managed to recruit our friend Pavan to join us on a run along the Thames path. 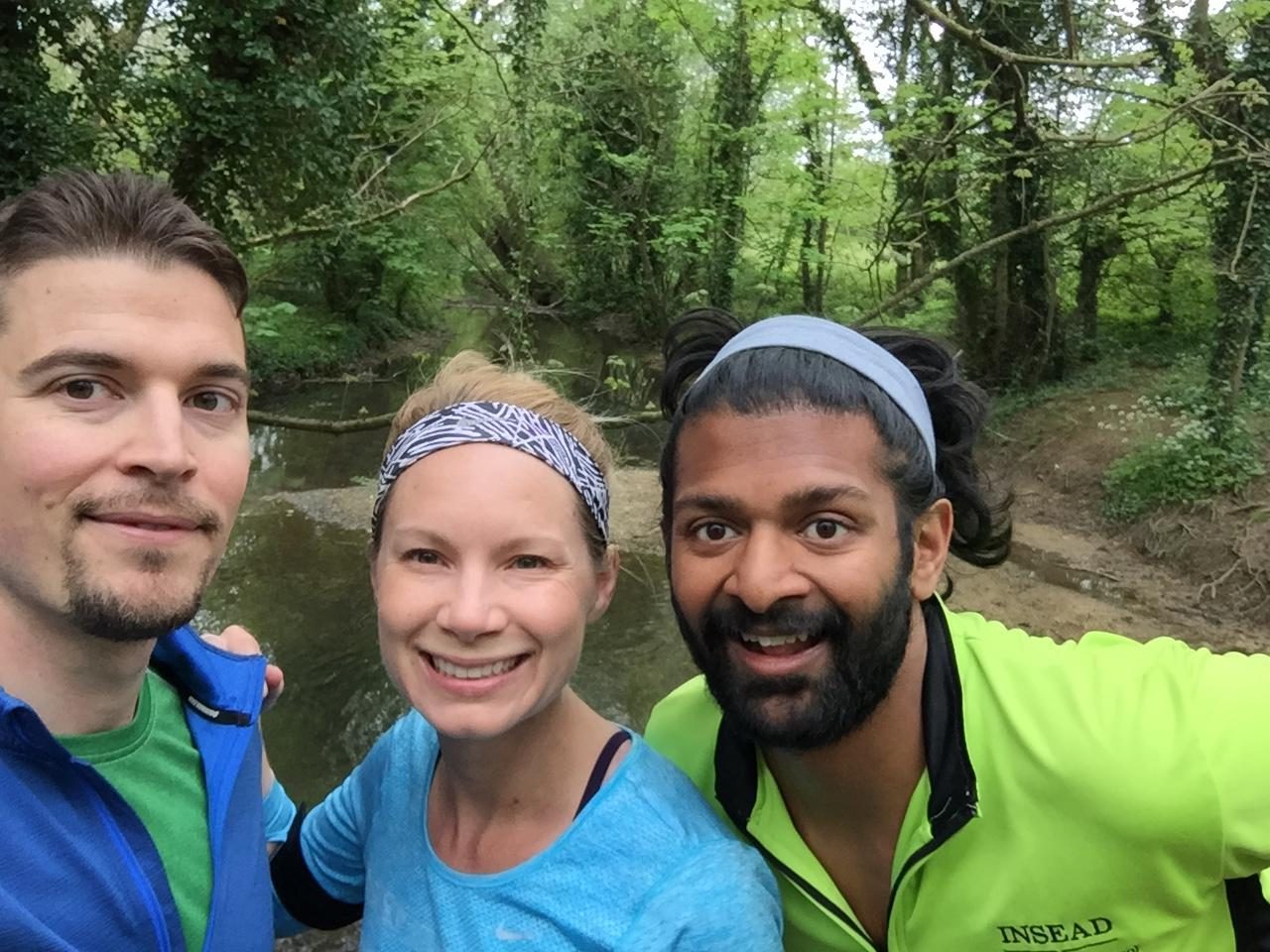 The British countryside, with its fresh air and wonderful trails, makes for the perfect running (or strolling!) territory.

I also chased their son around for a bit, hoping to inspire a future Parkrunner. 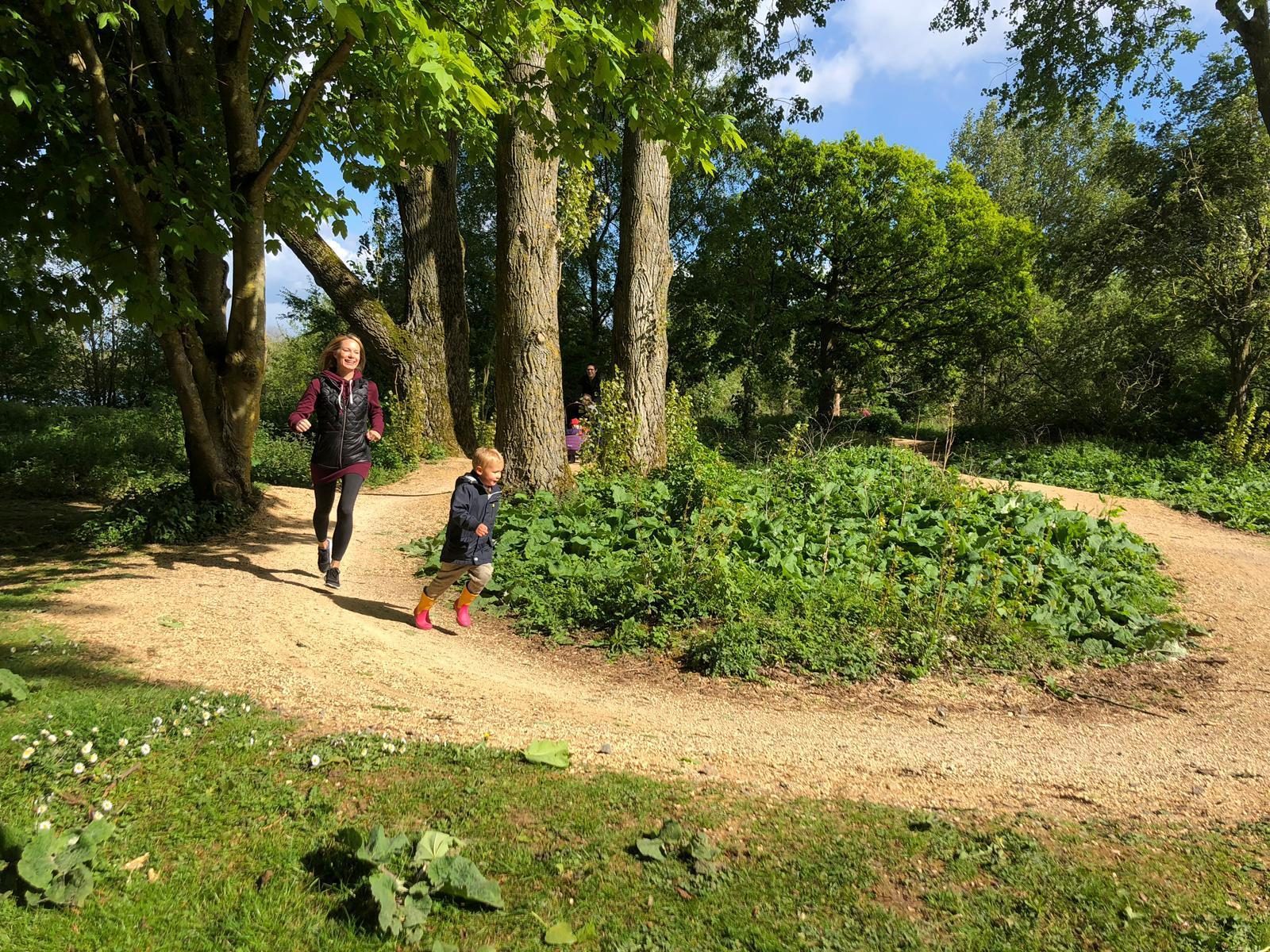 I didn’t rack up immense mileage on any of these runs, but they were good for the soul. On top of a 10k PB and a duathlon, I’d say it was a pretty good month! Let’s hope June brings some equally satisfying running.