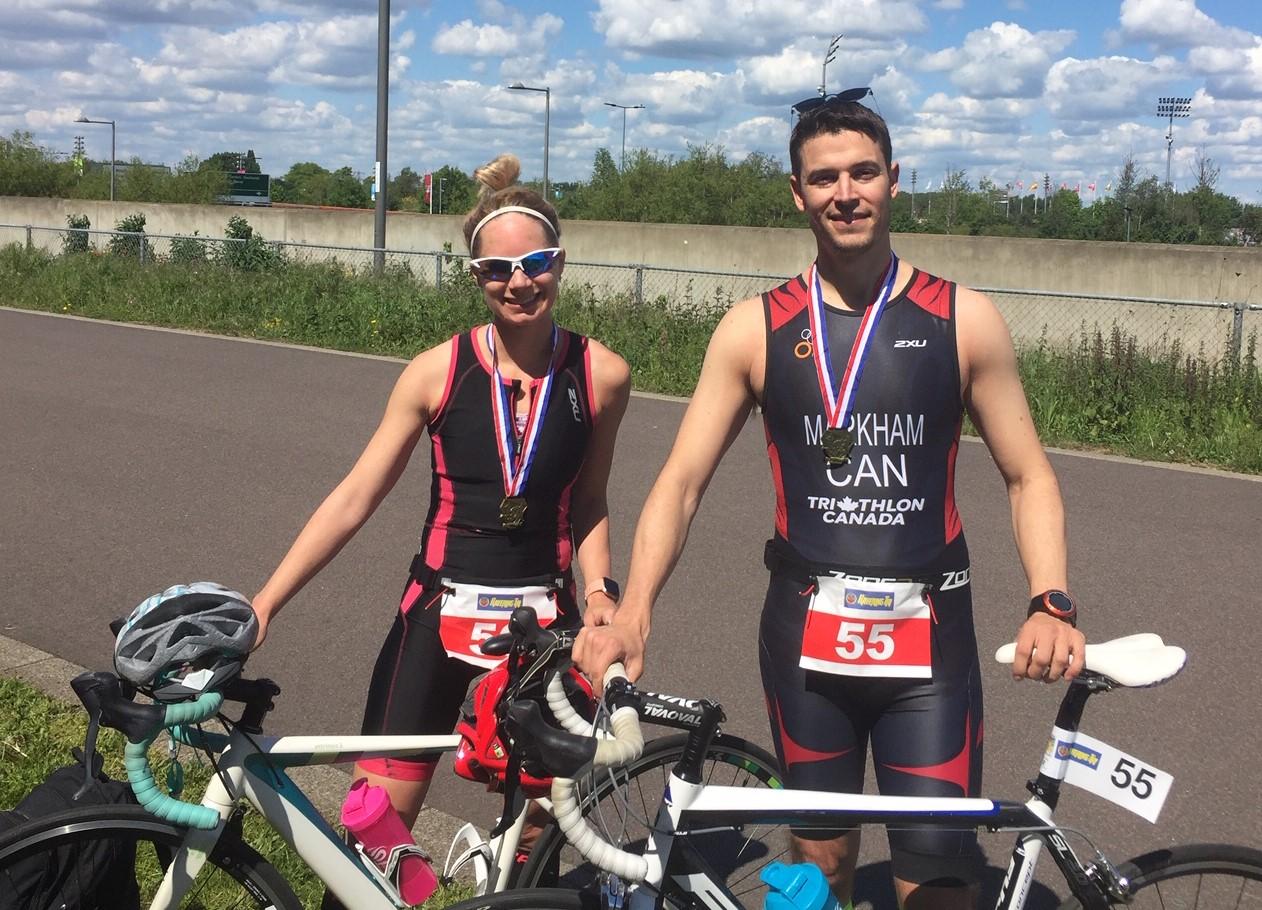 Back in March, Graham and I were signed up to do a duathlon at the Velopark. Right before we were about to leave, we saw an email telling us it was cancelled due to wind. That sounds like a stupid reason to cancel an event but apparently it was unsafe to cycle due to the gale force winds.

We were disappointed. Me especially because I’d really kept my wine drinking under control the night before in anticipation of a new duathlon PB! On that day, we went to a hard class at Orangetheory instead and more recently, signed up for a new duathlon, which took place this past weekend.

I’ve done this same duathlon twice before. It takes place on the closed one-mile circuit at the Velopark at Olympic Park and consists of a 2-mile run, 10-mile bike and 1-mile run. I finished the first one in 1:05:43 and my second in 1:02:19. I was targeting sub-one hour this time.

I think I was perhaps a bit deluded. Except for cycling to work, I haven’t actually ridden my bike since last year’s triathlon. I could scarcely even remember how to clip my shoes in and I haven’t been to an indoor cycling class in months. I’m not sure how I thought a cycling PB was on the horizon. I think I was banking on a blazing fast run to make up the difference. 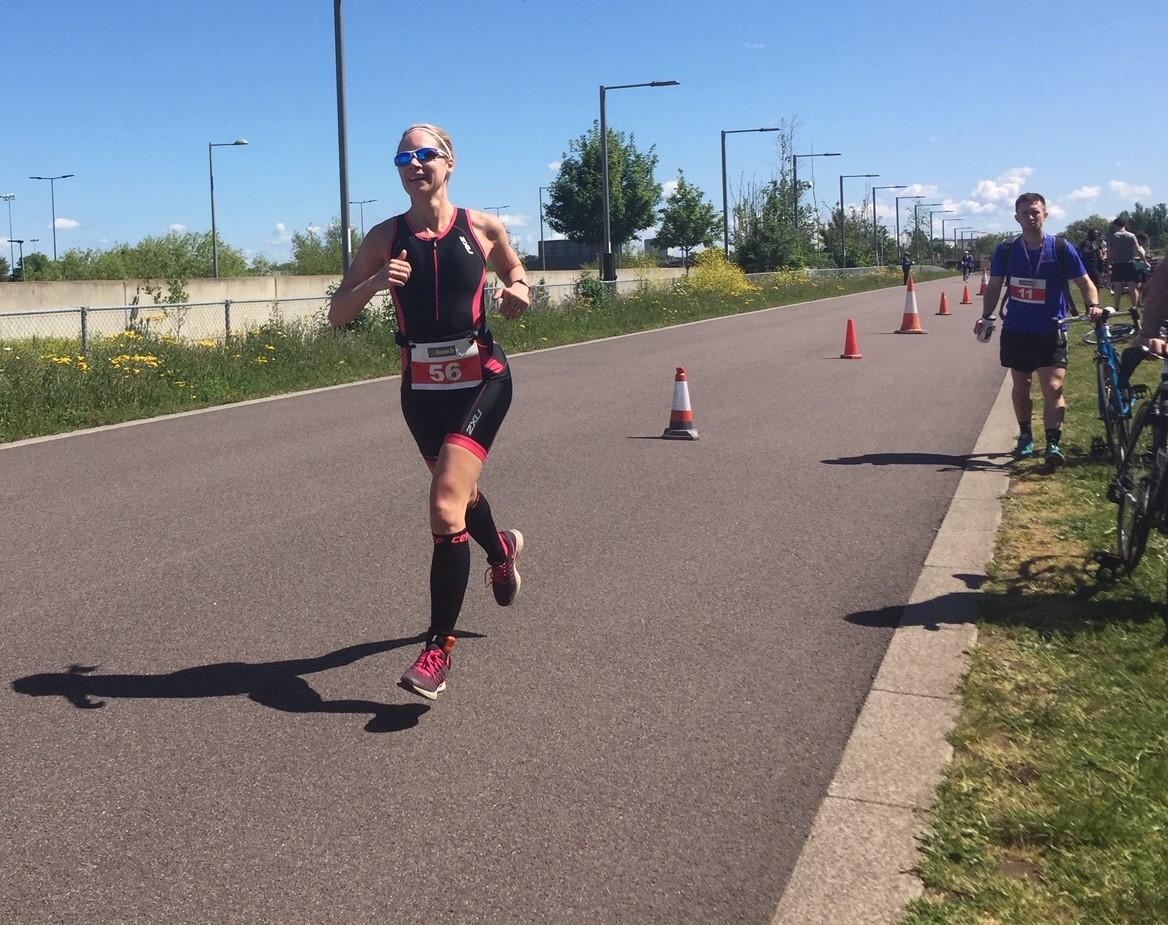 But then it all kind of fell apart. By the time I got to transition, I was tired! And my transition from trainers to my cycling shoes was slow and clunky. I hopped on my bike with the grace a baby deer and tried to peddle as hard as I could.

The one-mile circuit is a tough little course. It consists of several tight turns and short, steep inclines. My bike is heavy for a road bike. It’s not carbon fibre, and combined with my lack of practice, I sincerely struggled on the 10-mile ride.

I was so happy to reach the final mile and for the race to finish with running. I always like this part of triathlon or duathlon. While it’s hard to switch from cycling to running, I don’t seem to suffer quite as much as other people so I gain a lot of ground in the final run. Passing people is motivating, especially in the final stretch toward the finish. 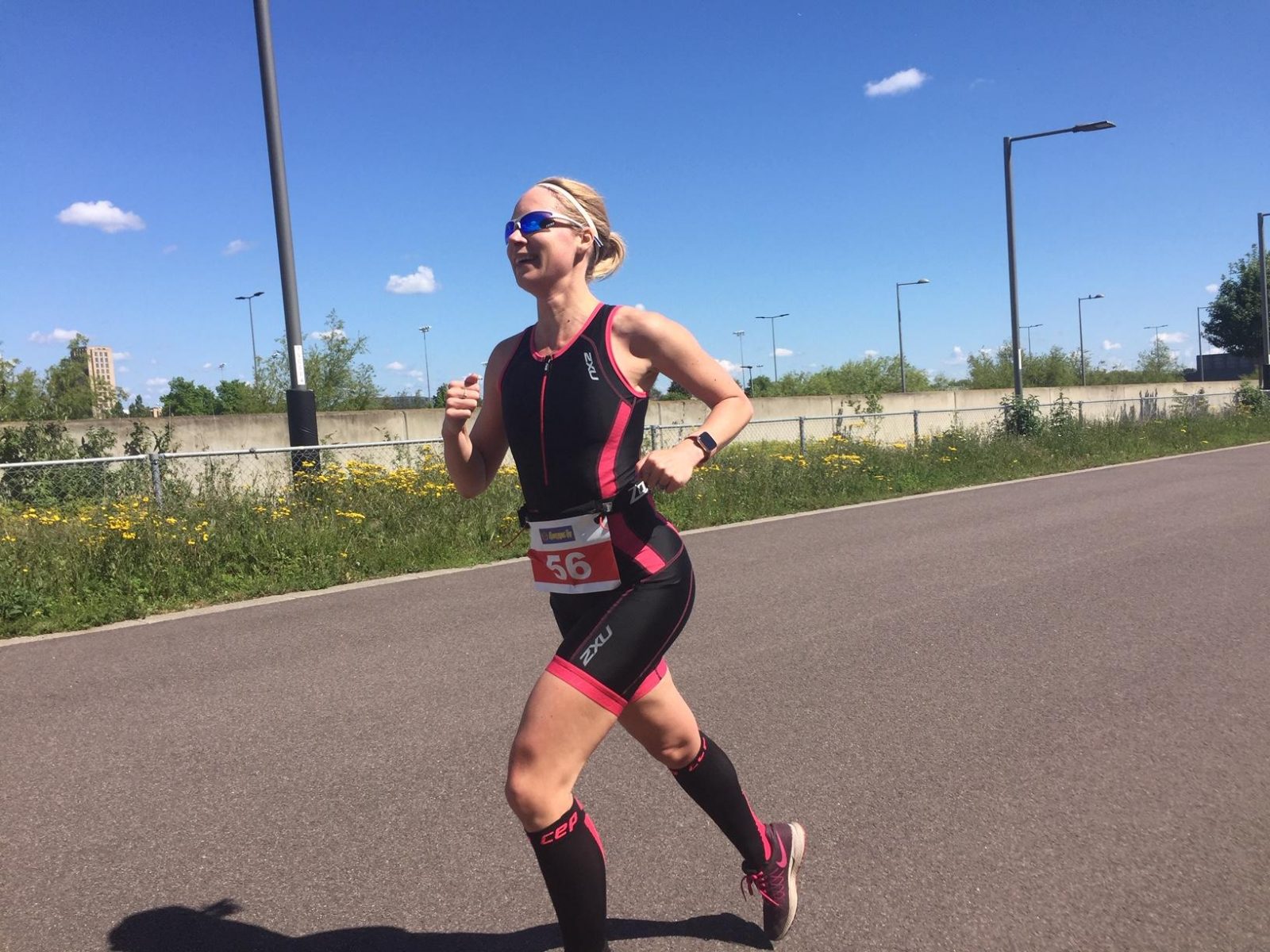 My final mile was definitely slower: 7:50. But it was still faster than most – even some of the guys that finished much higher in the rankings. Unfortunately, my bike time of 38:16 didn’t bode well for a PB finishing time. 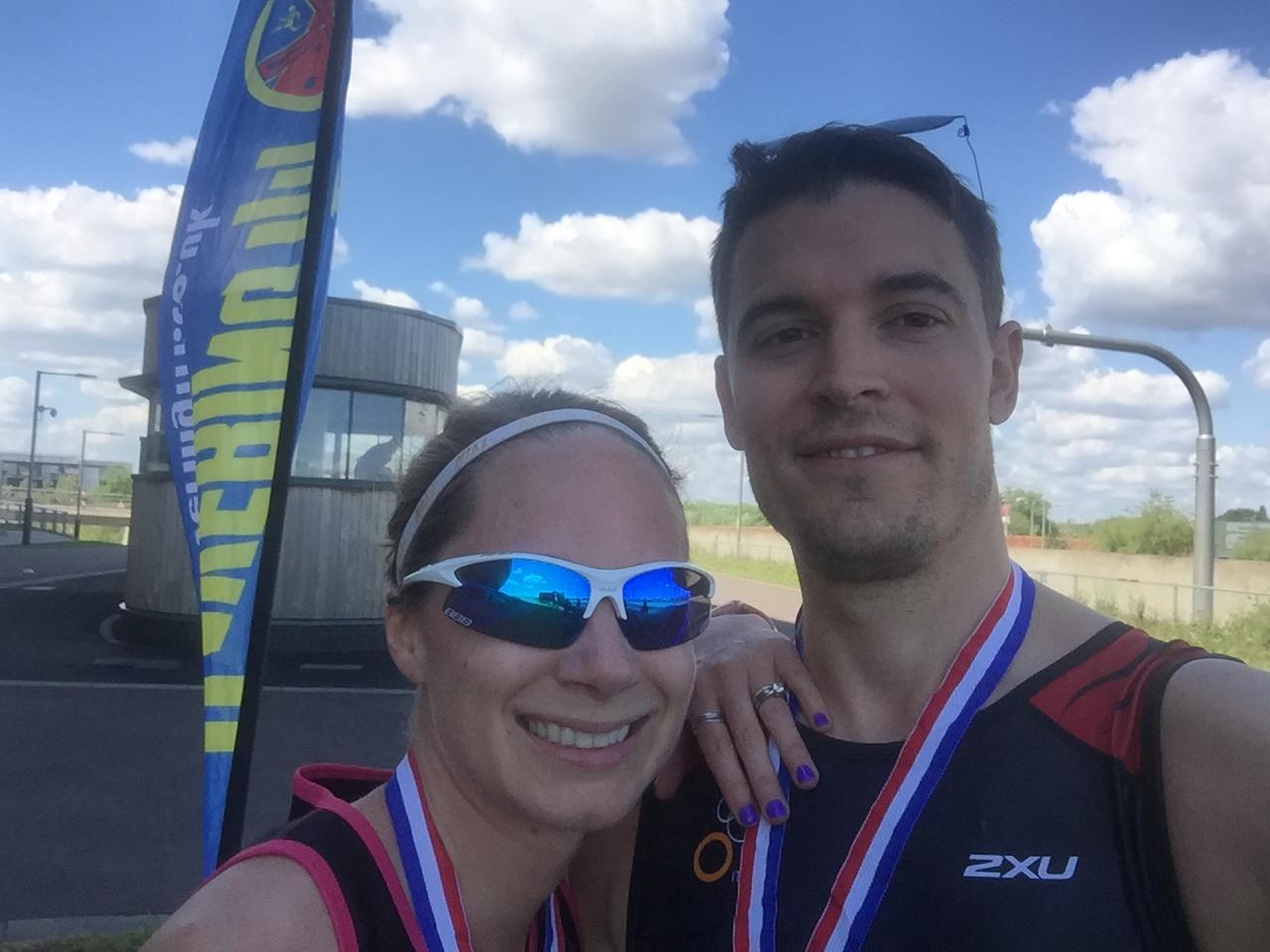 Graham did really well, lapping me on the bike (!!) and beating me handsomely with a time of 56:46. Good thing he passed me too. He lost count of his laps, so had to ask me as he whizzed past!

Straight after our duathlon, we headed to the O2 for the Up At The O2 climb.

This is probably not the perfect post-duathlon activity, but it was booked months ago, so we stuck with the plans. This is a fun guided climb across the O2 arena roof. For my international readers, the O2 is a massive entertainment venue primarily used for live music (Fun fact: I have seen The Who, Celine Dion and more recently, Michelle Obama at the O2!) 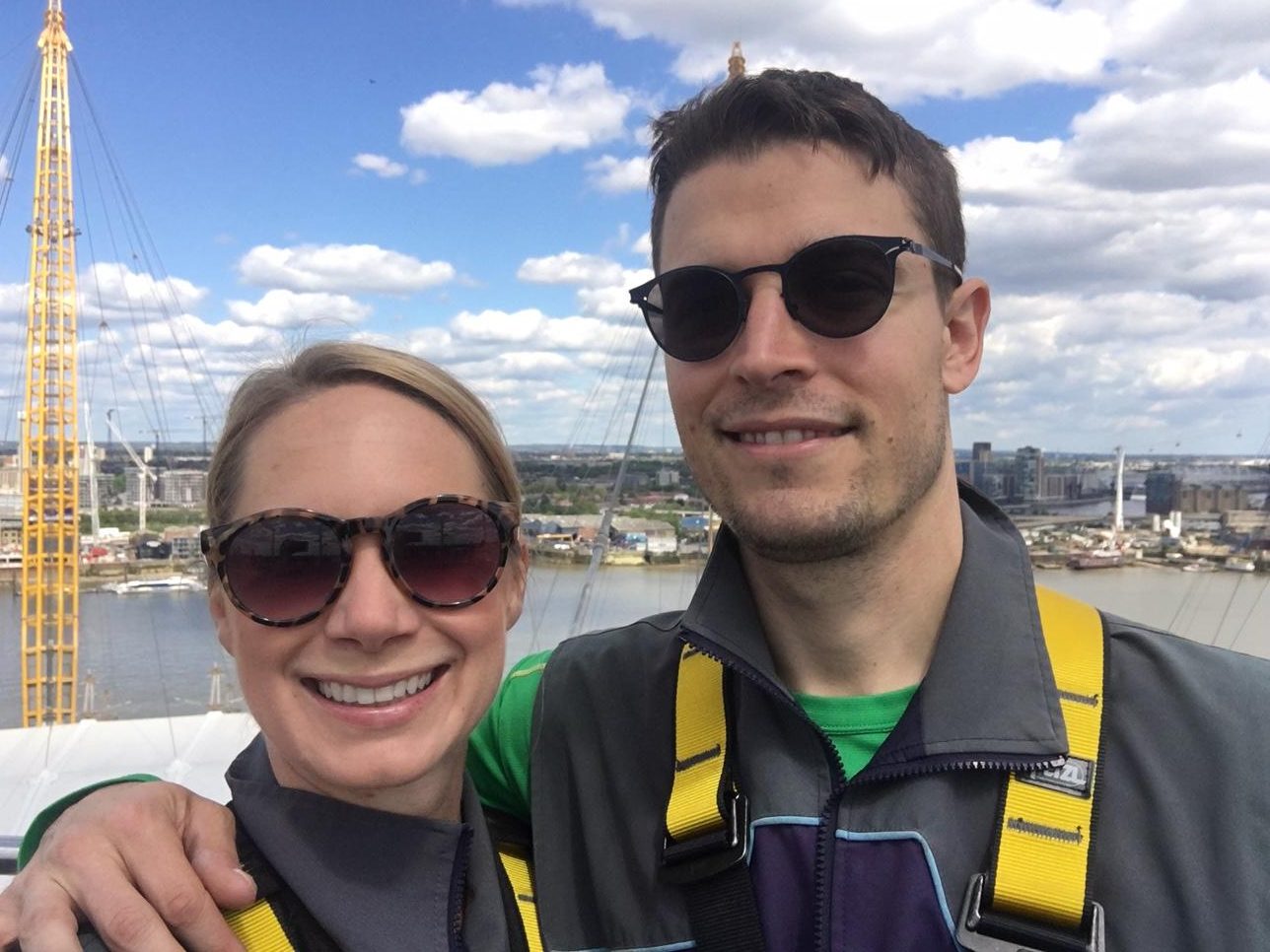 It’s not tremendously athletically demanding, but the steep climb is 52 meters high and involves an ascent and descent of up to 30 degrees. My quads were not very happy but you do get an amazing view from the top! 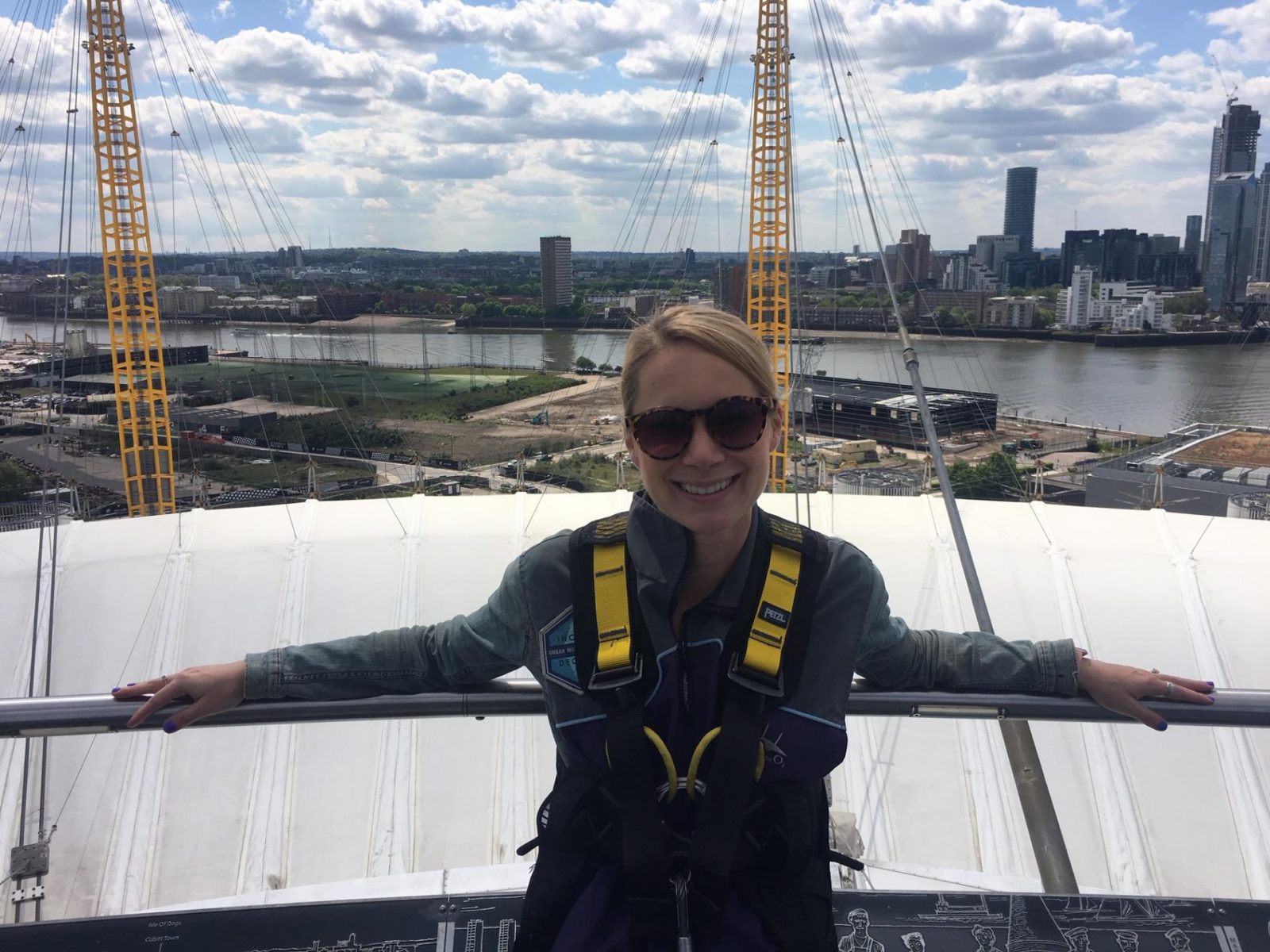 I really do love these little duathlons. They happen regularly at the Velopark and if you’re considering a triathlon, I would really recommend them. They are fast, friendly and a great introduction to multi-sport events.