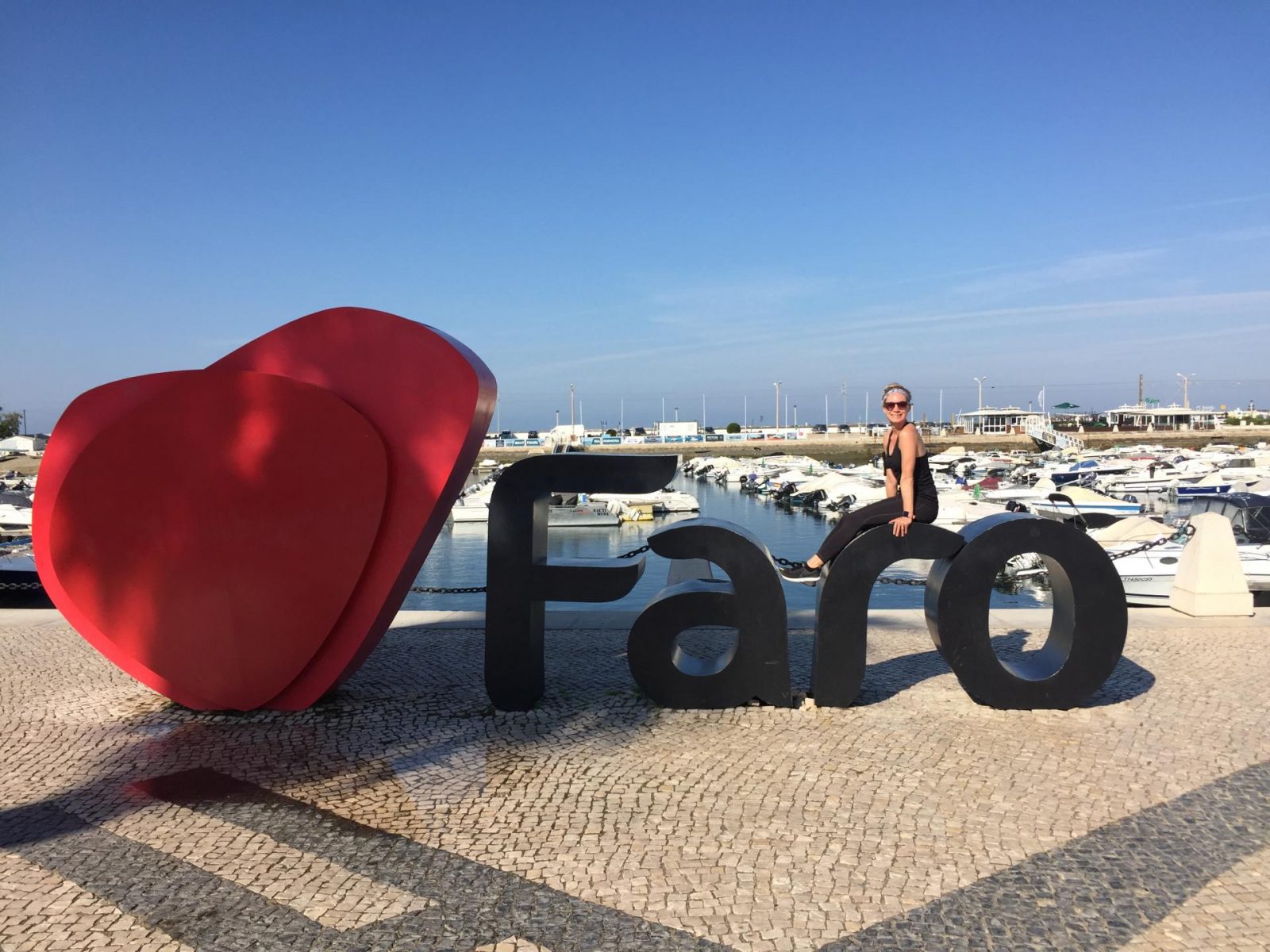 This past weekend, we travelled to Faro, the capital of southern Portugal’s Algarve region. I try to run everywhere I travel. It’s often a great way to sightsee, work on my suntan and burn off those happy hour drinks.

For instance, running from Bondi to Coogee in Australia was epic. The waterfront in Malta was picturesque and even that sweaty beach run in Jamaica was pretty fun.

Faro, while a lovely place for eating seafood and strolling, left something to be desired on the running front.

Unfortunately, a search for “running routes in Faro,” yielded no results, so we were on our own. We first ventured toward a small park which was full of peacocks! They were squawking loudly and the male peacocks had their tail feathers on full display. We had to stop and look at them for a bit. 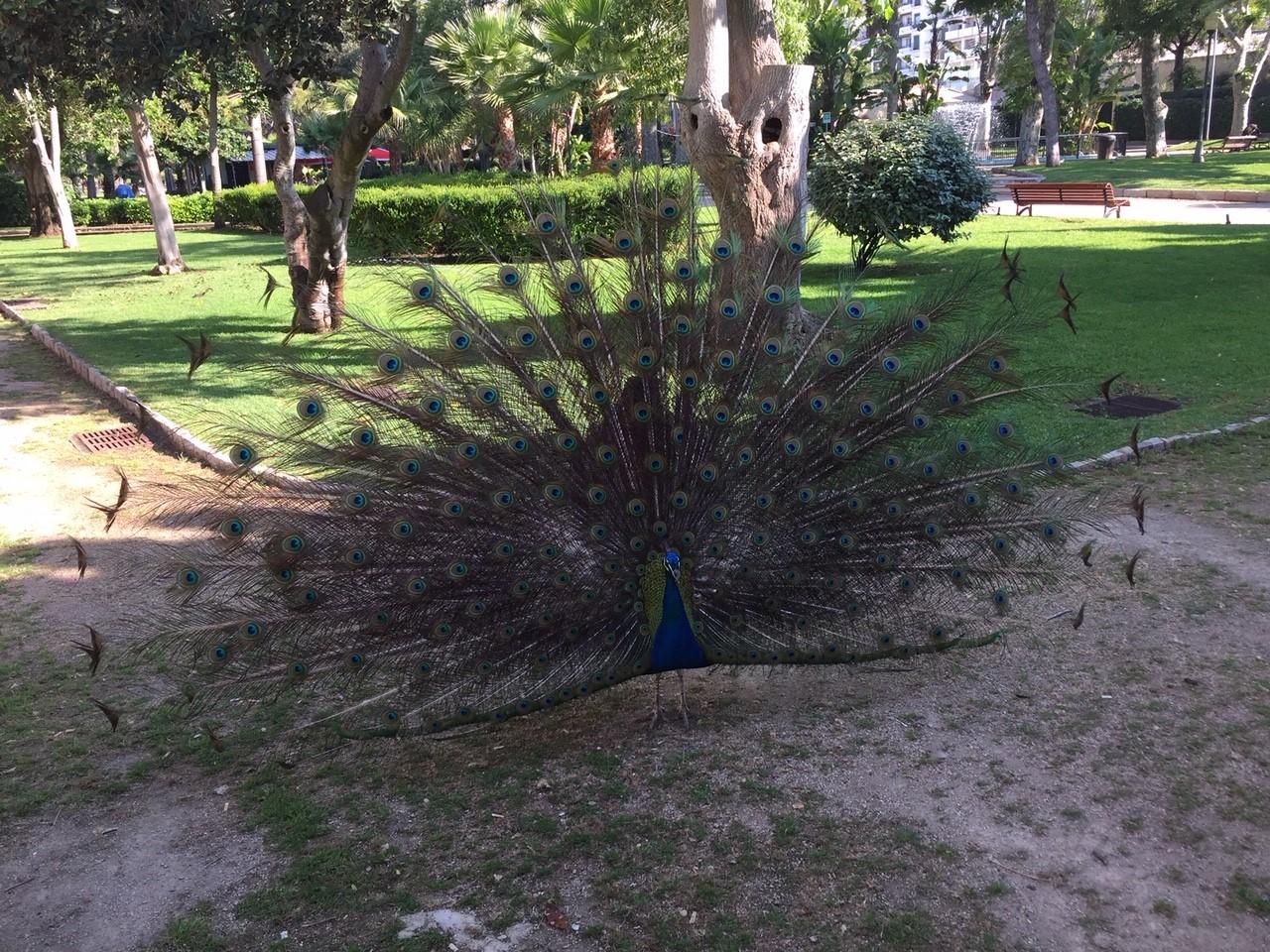 Next, we headed toward the water, but we ended up in a desolate, industrial area that looked questionable. We abandoned the route and turned back toward the town.

We decided to stick to the waterfront path toward the marina. It was gorgeous, and the best part of the run, especially in early morning before it got overcrowded. Unfortunately, it was less than 1km total. 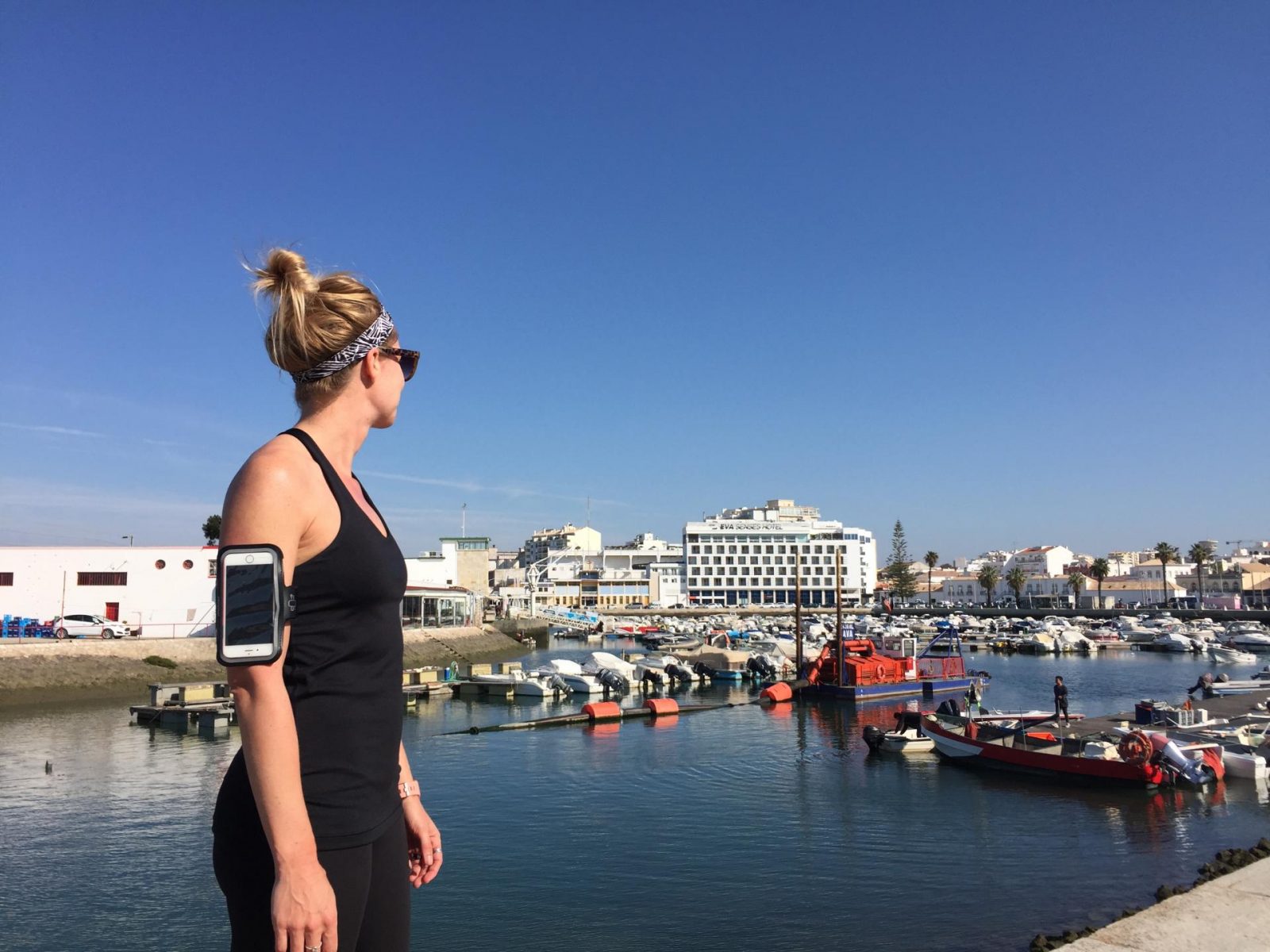 Undeterred, we carried on, eventually ending up running parallel to some train tracks and ultimately ending up at a dead end, where a man on the street told us we couldn’t pass through (in Portuguese, but we understood what he meant!)

We decided we would just carry on weaving through the streets but ended up going in circles a bit About 7km later, we ended up at a Municipal Market and called it a day. That’s enough to burn off at least 2 glasses of wine, right? 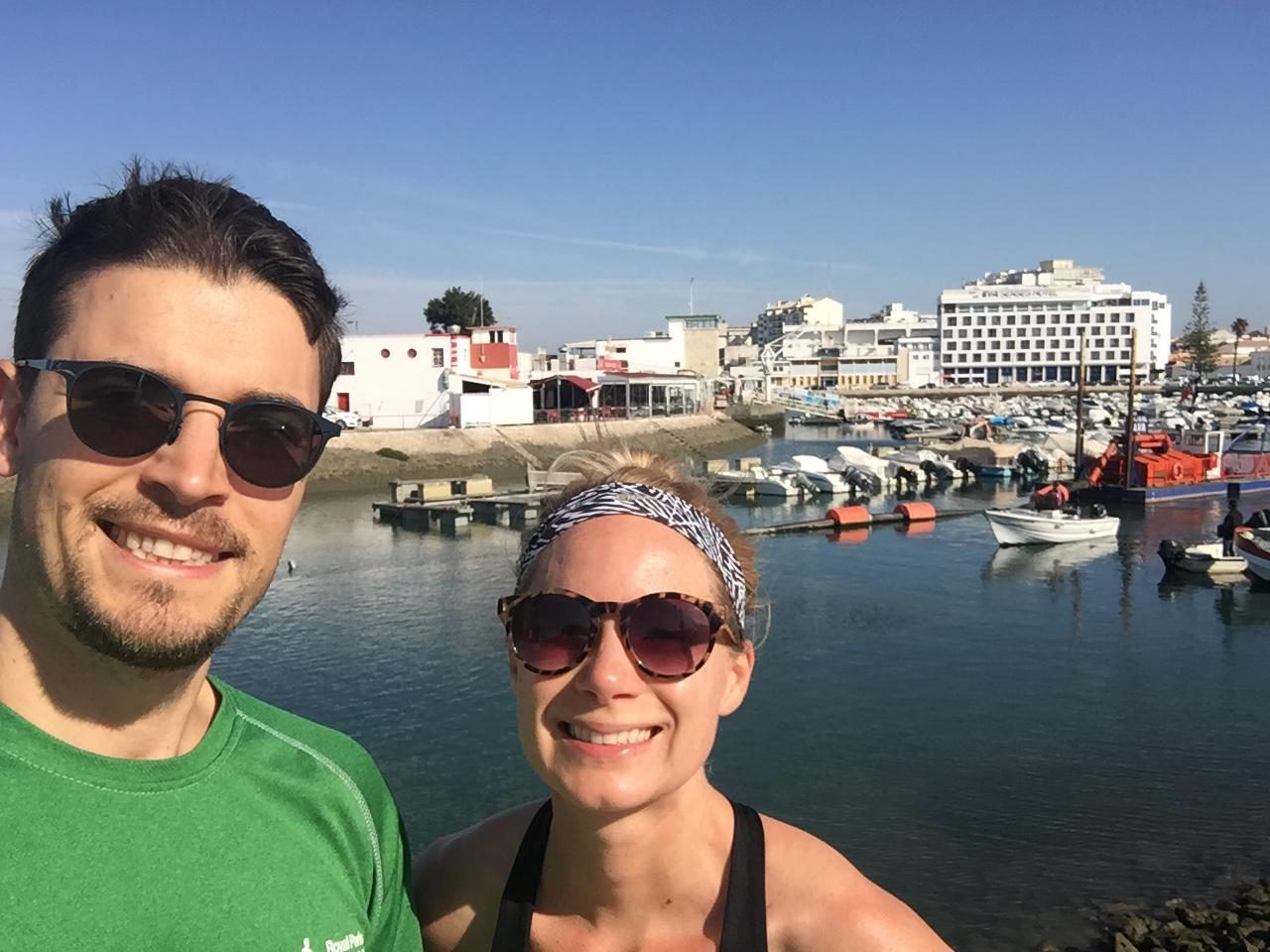 This is not to say that Faro isn’t beautiful. I have read online that the Algarve is a beautiful place to run. In nearly every town along the coast, you can run along boardwalks, promenades, quiet country roads, clifftops or beaches. We just didn’t happen to find the best route. And with limited time, we didn’t have time to fully explore, which is a shame. We noticed that Lagos, a nearby coastal city about a one hour drive from Faro, has a half marathon in May! Too bad we won’t be there for it! 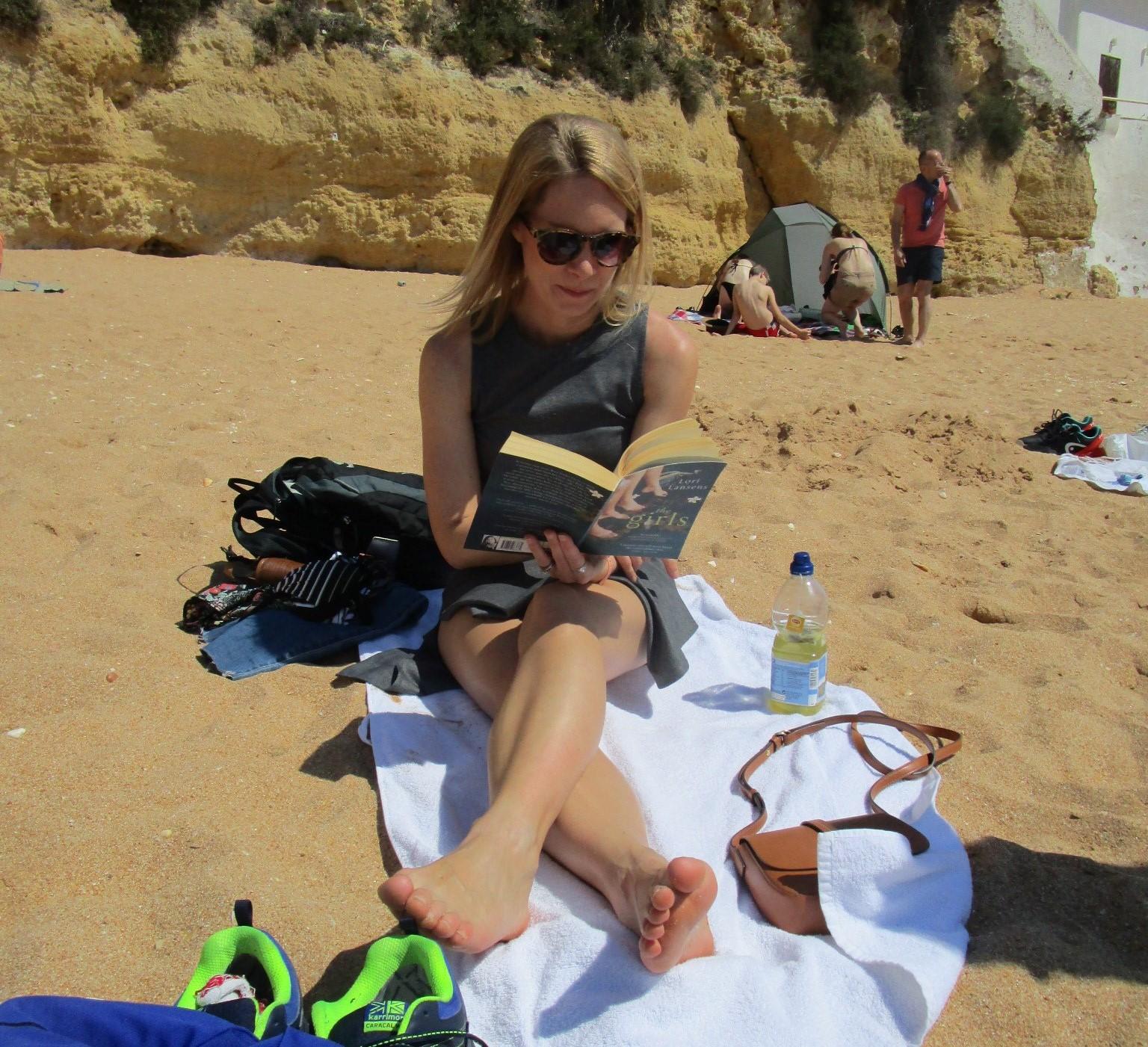 This is perhaps more representative of the holiday than the running pics.

So perhaps it wasn’t our most memorable holiday run but it was still nice to get out and explore the city. It’s a beautiful place, and with a car, we were able to explore several cities along the coast, including Sagres, the most southwestern point in Europe, Lagos, Portimao, Carvoeiro and Albufeira. They were all unique and lovely, and probably had some good running routes. We’ll be back one day to properly explore them, I’m sure.