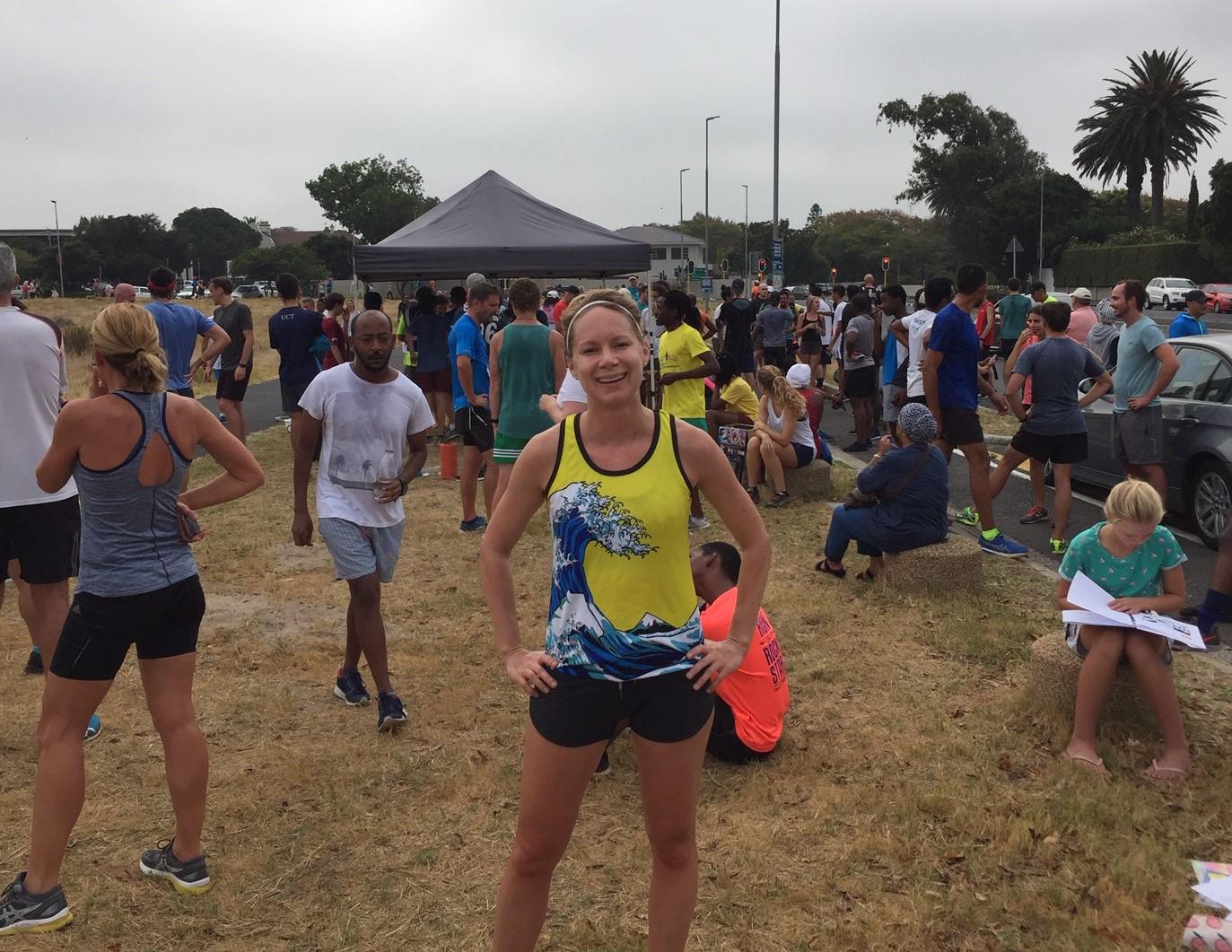 My husband and I recently spent a lovely week in Cape Town. While a lot of time was spent wandering waterfronts, reading on the beach and enjoying lovely food and wine, we did do a couple active things to ensure our muscles didn’t completely atrophy over the 8 days we were there.

Top of the activity agenda was to attend a local Parkrun! One of my 2019 goals is to go to at least three new Parkruns. The Rondebosch Common Parkrun in Cape Town was new Parkrun #2.

During our time in Cape Town, the weather was perfect: sunshiny and warm. Great for chilling on the beach. Less good for running. However, the only time it was cloudy the entire trip was during Parkrun! It was perfect running weather.

The Rondebosch Parkrun was quite different than some of the ones I’ve been to in London. For starters, it was MASSIVE! They routinely get over 1,000 participants each week! For comparison, our local Parkrun in London maxes out at around 400 runners. As a result, they had to have a staggered start. They had everyone who was walking, or likely to be longer than 35 minutes go to the back. Anyone under 20 minutes at the front, and everyone else in between. 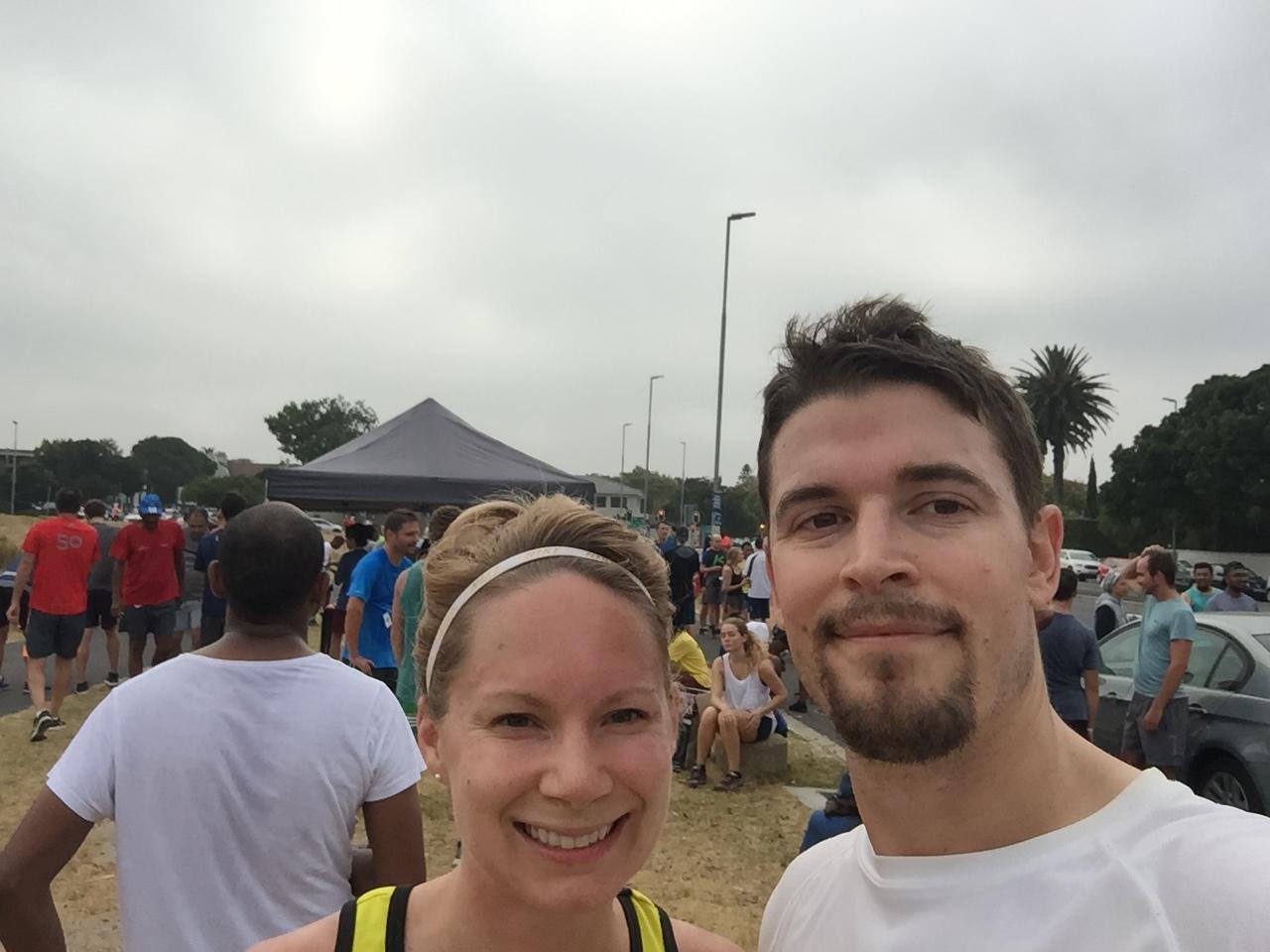 We were just about to set off running and I realised that we didn’t actually know the route. Perhaps we weren’t listening to the race director, or they never said, but thankfully, a nice guy next to us kindly informed us that it was two times around the Common.

I was wearing an old, too-small pair of Nike trainers that are absolutely not appropriate for running, but I figured I could make do for a 5K. I was actually feeling like I had a lot of pent up energy, so it felt good to unleash my legs and run fast, despite the crappy shoes.

It was over in a flash. I didn’t wear a watch so I had no idea how I did until much later that day when I finally saw the email. I was super surprised to find out that I ran another sub-24 minute 5k! This is only the second time in my life I’ve done that. My official time was 23:54. I was third in my age category and sixth female overall! In a field of exactly 1,000 runners, I was pretty smug about that result! It definitely justified eating this monstrosity at the Biscuit Mill Market after the run! 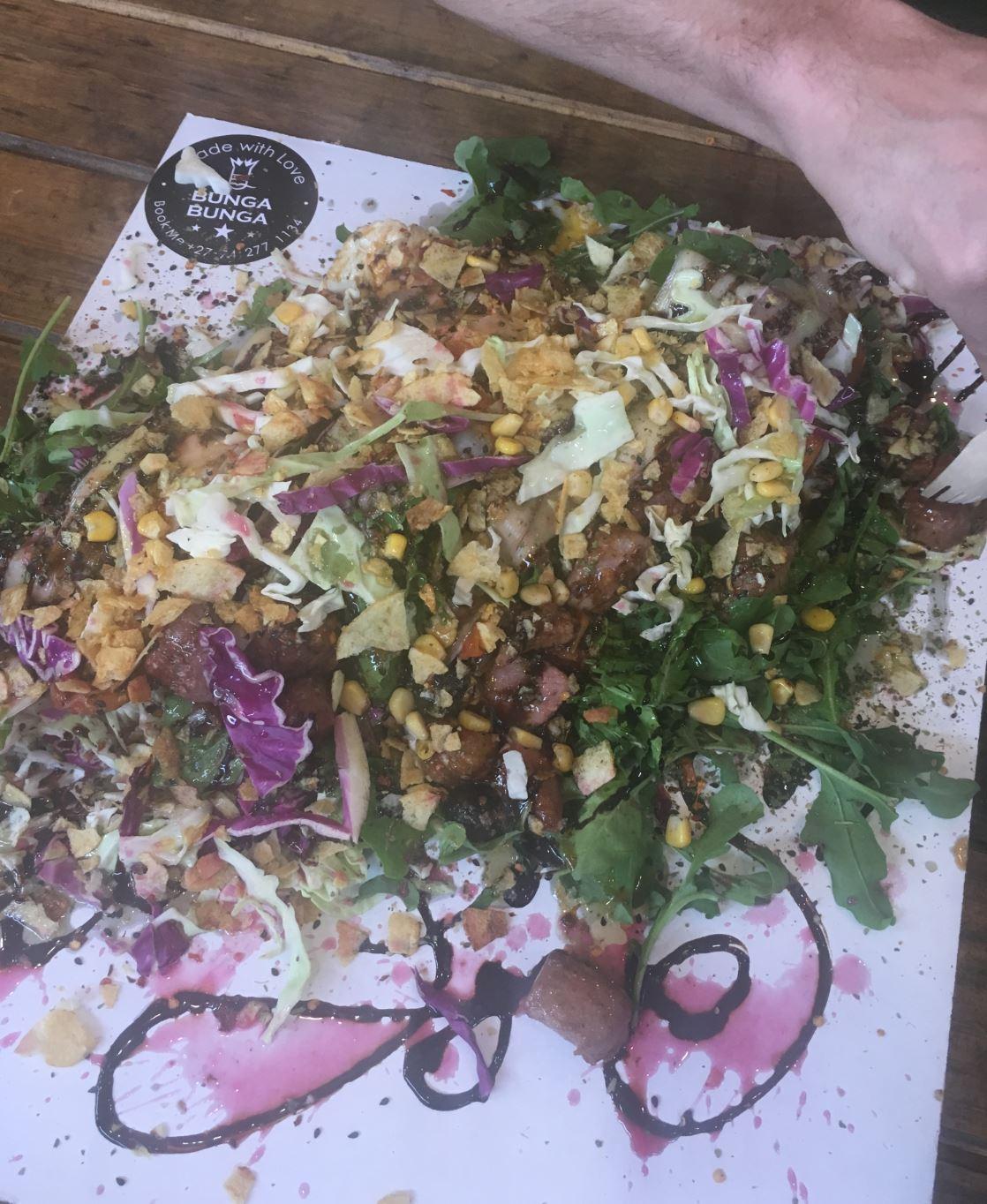 The Rondebosch Common Parkrun was such a lovely community event. I mean, all Parkruns are, but this was particularly nice. People of all ages and abilities were there and there was a huge contingent of walkers. Far more than I’ve ever seen at a London Parkrun.

Other activities over the trip included climbing Table Mountain which was a tough, 2-hour hike. We took what the internet dubbed “the lame tourist route” and I’m pretty glad we did because it was way harder than I was anticipating! It wasn’t lame at all! There’s plenty of other ways up the mountain that are way more challenging so if we ever go back, we’ll try a different one. 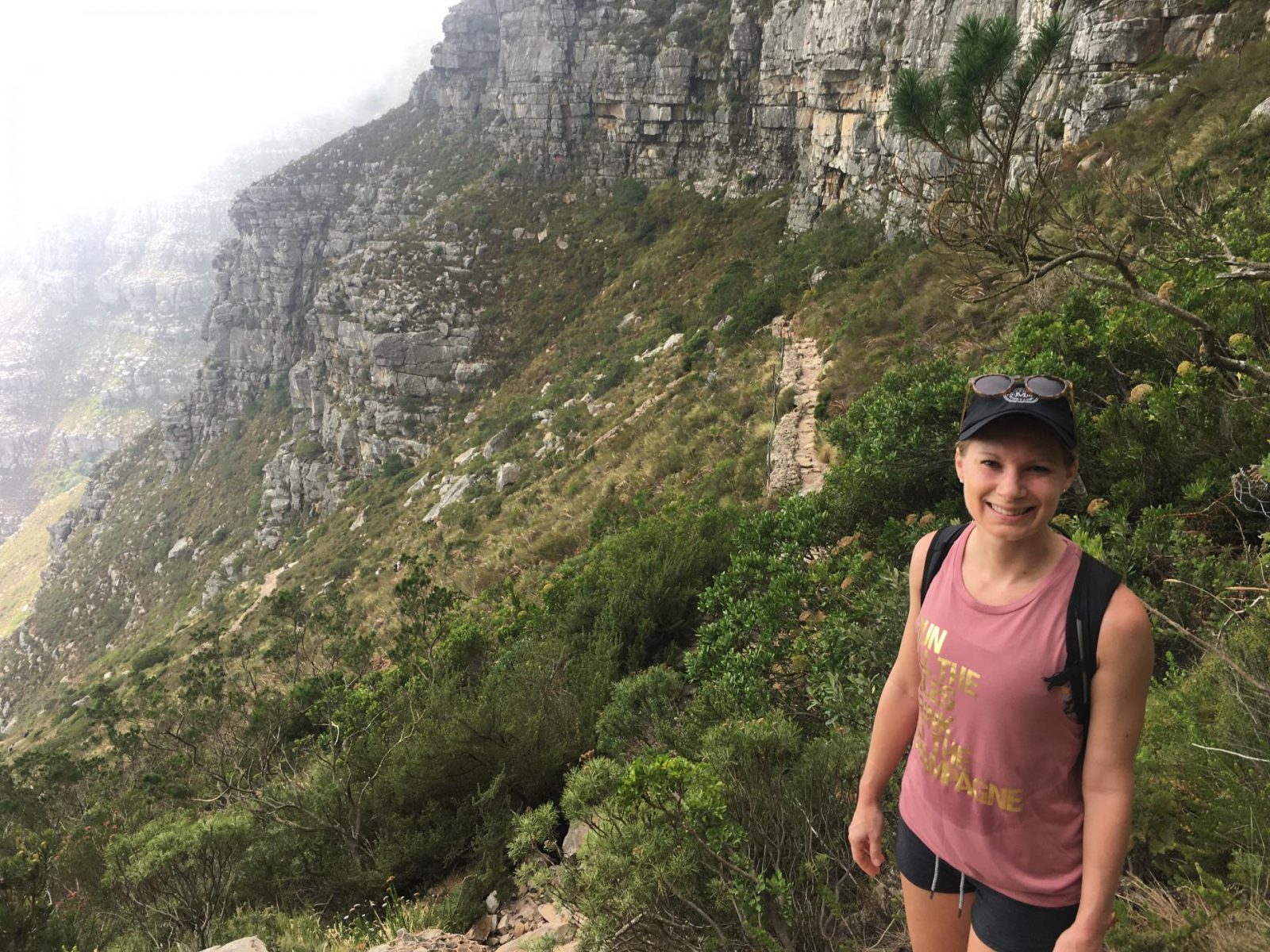 We also tried tandem paragliding on our first day there which was incredible. On our first day there, we were walking along the waterfront and we saw some people paragliding off Signal Hill. A guy approached us and asked if we wanted to do it and we said, sure! It was a completely spontaneous decision and I was only mildly concerned I might die. It turned out to be the best way to kick off a great holiday. 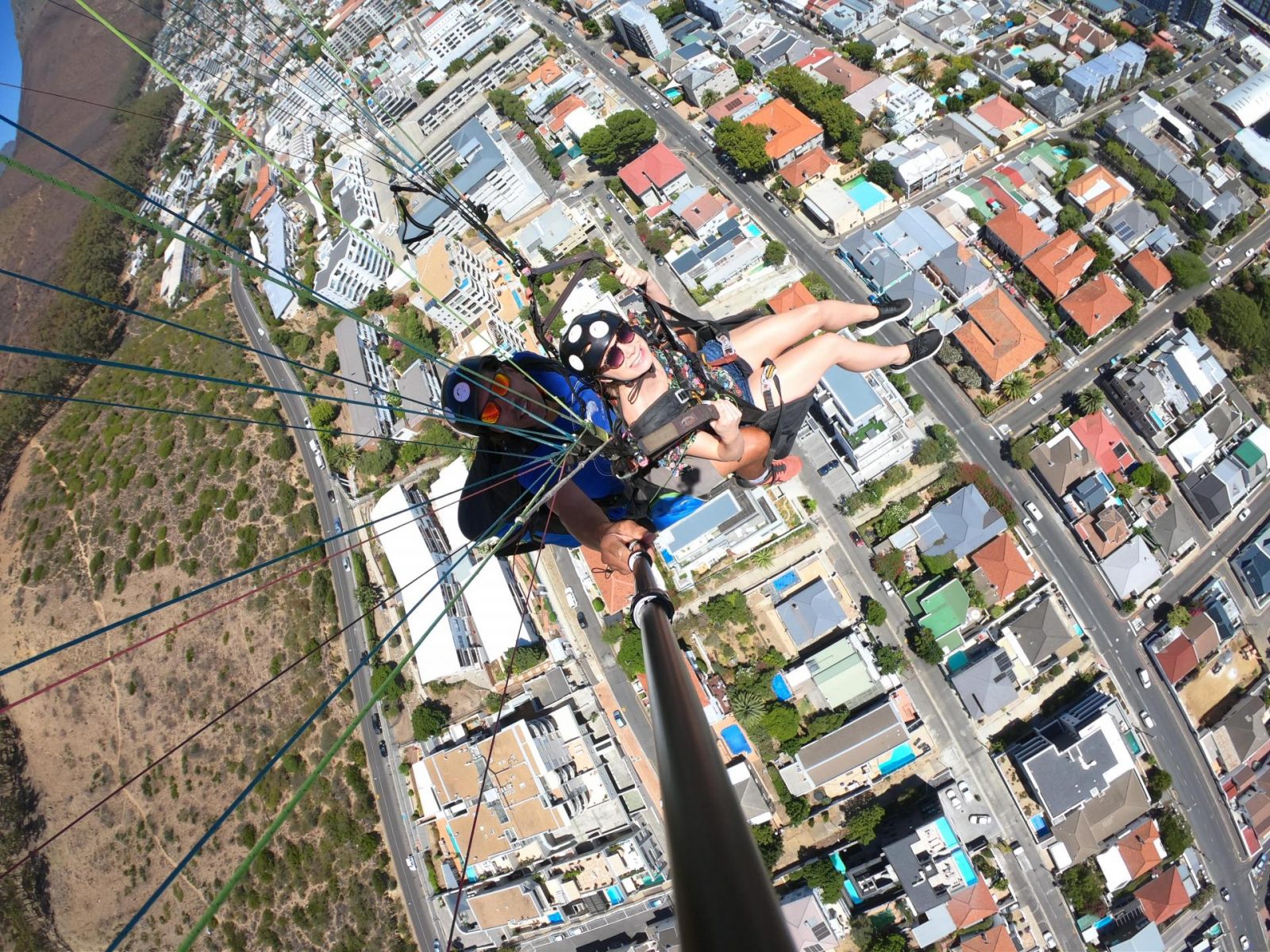 Next up: we’re doing a short duathlon at VeloPark on the 10th of March. It’s a 2 mile run, 10 mile cyle, then 1 mile run. We’ve done this race before so it will be interesting to see if I can better my times from previous years given my faster running lately.

I’m shortlisted for Best Blog in The Running Awards. Originally on a list of 76 blogs, I’m now on the shortlist of 12. To place in the top 3, I need your votes and TODAY is the last day to vote! If you’ve read this far, perhaps you might consider taking a minute to vote for me? I’d really appreciate it.