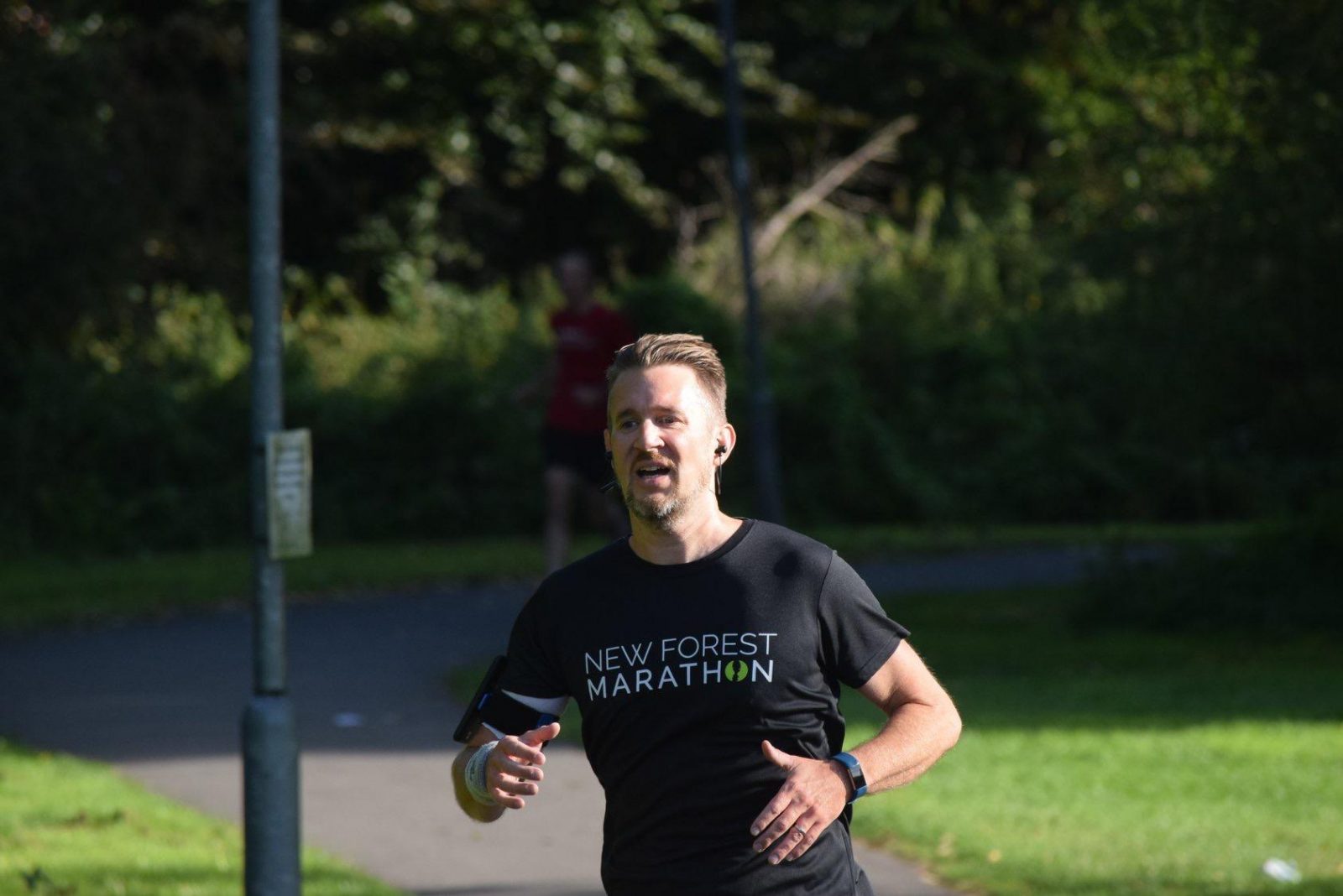 Darren started running in his late 30s in an attempt to tidy up his lifestyle. He thought it might be a good way to push back against any imminent changes his body had in mind for his forties describing it as a “cheap midlife crisis.”However, he quickly became captivated with all aspects of running and enjoyed route planning, podcasts, bloggers and YouTube videos as much as running. In fact, that’s how I was introduced to Darren. After I wrote my post about why I blog, Darren got in touch to tell me why he reads my blog! I was sincerely flattered. We got chatting via email, and I thought Darren’s story was really relatable. Like so many other runners I know, he was hooked after his first Parkrun and since then, he’s taken part in many races including his very first half marathon in September in the New Forest. So I asked him to participate in my Five Questions series and he very kindly agreed. Here are his answers to five questions about running…

A new habit that I have adopted has been to keep a Race History Log. The criteria for the log is ‘Timed Event, Entry Fee or Medal’ and this has helped me track my times and progress for the various distances and serves as a motivational tool to build on the number of events attended year on year. I include Parkruns on the list as although not considered widely as a race amongst the running community, I run them as fast as I can on the day and try and beat my own times.

I have two incredible daughters (Jemima 10 & Cecily 9) and I picture myself in a scenario where I am telling them to ‘not give up’. This instantly makes me stronger as I want to be a good role model for them and how can I encourage them to keep going if I give up myself

The scenario doesn’t have to be sport related, it can be anything from completing a difficult piece of homework, practising an instrument, or competing in a dance or gymnastics competition. If I live by the values I want to pass on as a parent, I can find that extra push to keep going as I don’t want to let them down. 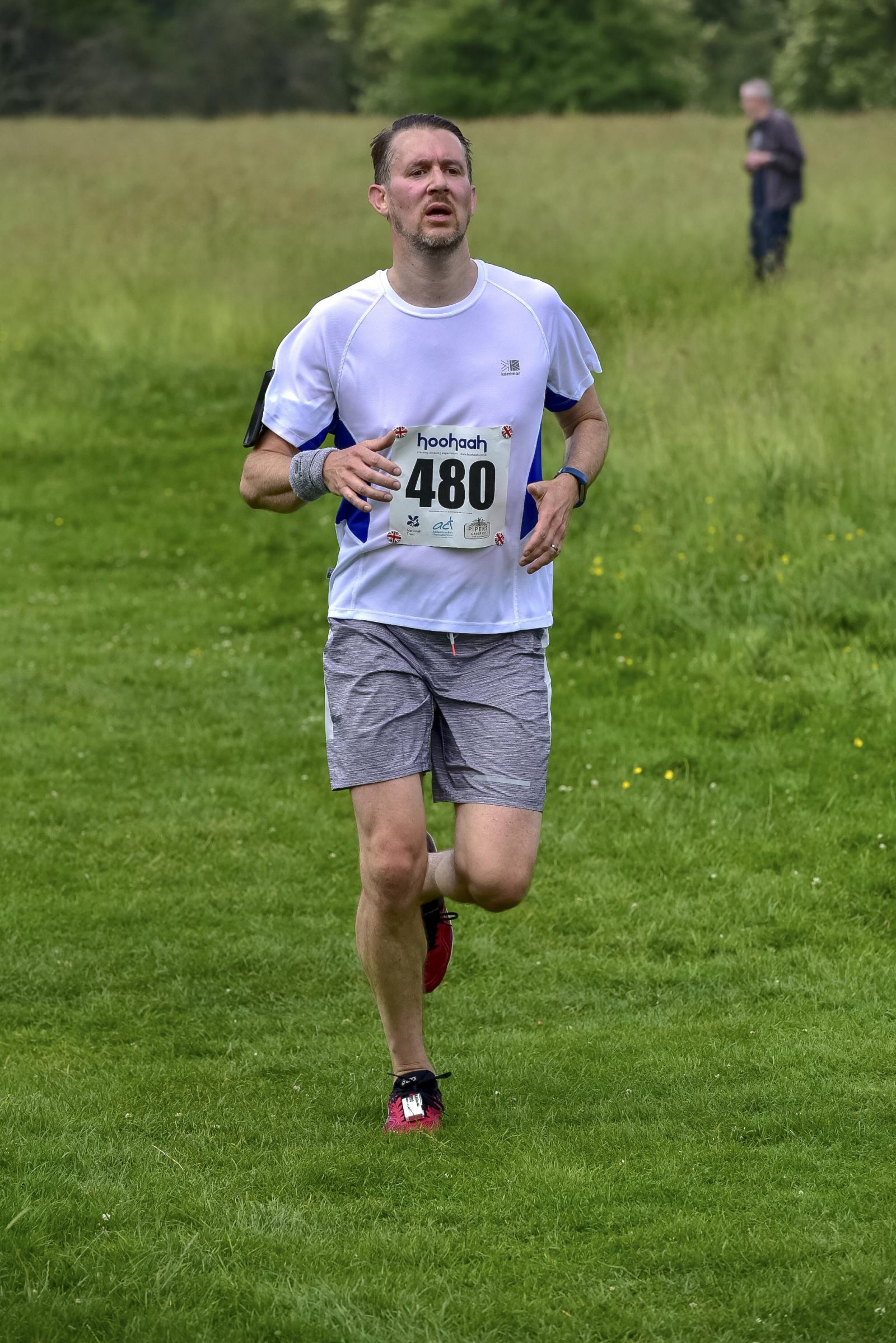 I have recently started having cold baths after longer runs/races to assist with recovery. The cold therapy reduces inflammation and muscle soreness faster than individual ice packs or freezing sprays in my opinion.

My biggest running fail was when I ended up face down in a ditch of stinging nettles, after getting lost on what was meant to be a quick run after work.

I had promised my wife that I would be back to help with putting the children to bed, so after getting lost in a farmer’s field I saw the opportunity to cut a corner and claw back some time. Unfortunately, the short cut included a leap across a ditch which I completely misjudged and ended up with 100+ nettle stings and a bruised ego.

All the equipment I have purchased for running costs under £100, which hopefully proves how accessible running is as a hobby.

The items that have had the most impact are;

When he’s not running, Darren is the General Manager Putteridge Bury, a stunning conference and events venue on the Hertforshire and Bedfordshire border. Built in 1911, the building is owned by the University of Bedfordshire and is set in 30 acres of beautiful parkland. Pretty stunning place for a run, don’t you think? You can follow Darren on Twitter @Putteridge_GM