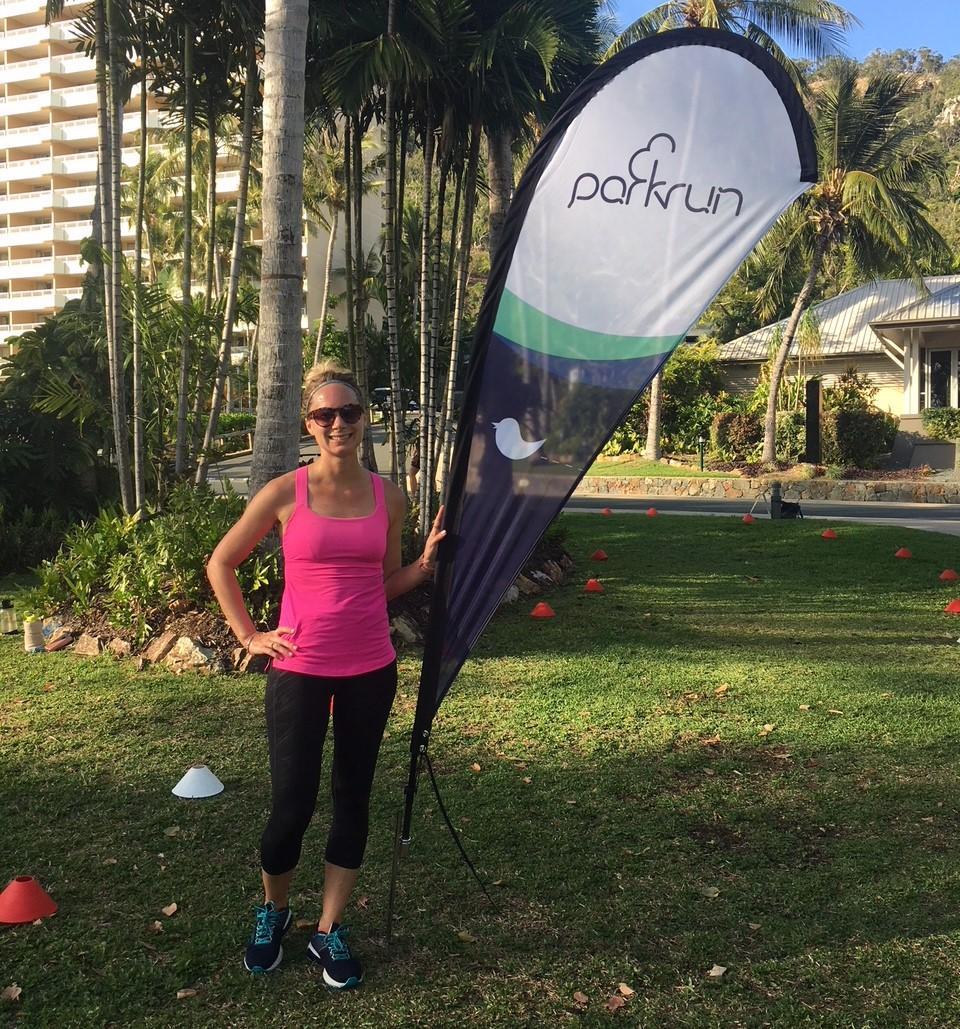 After the World Triathlon Championships, we headed to Hamilton Island for some relaxation and celebration. If you’ve never been to Hamilton Island, add it to your bucket list. It is a truly lovely alternate universe. This car-free island is one of the Whitsunday Islands close to the Great Barrier Reef. Everyone drives around in golf carts and the coast is fringed by coral reefs. With beautiful beaches, perfect pools, and stunning views, it’s no wonder this paradise is a popular holiday destination. Everything is beautiful and perfect and I never wanted to leave. This is also where I got to snuggle a koala so it will always have a special place in my heart. 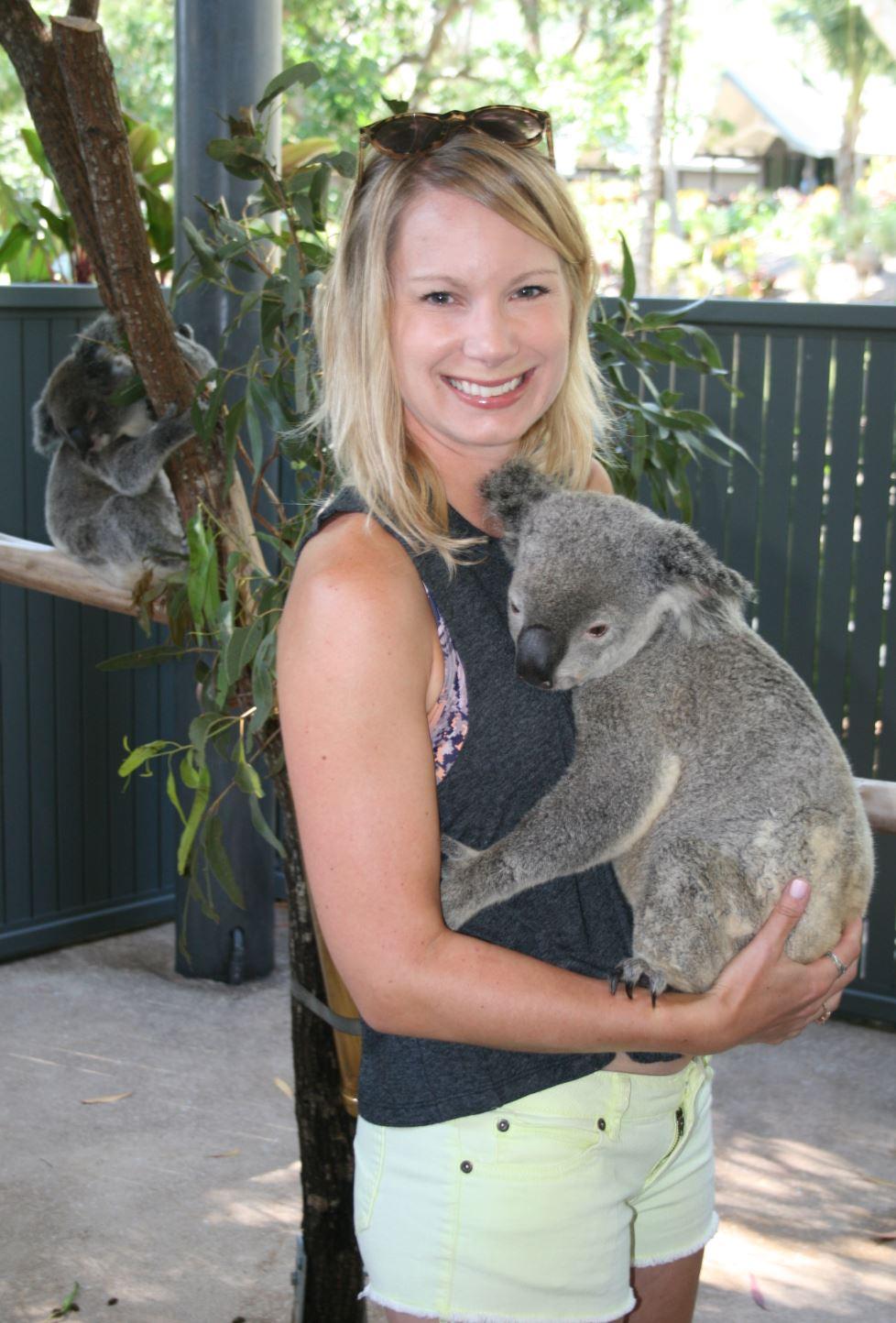 Look at this little guy!!

On our first day, we went on a golf cart driving tour of the island to get the lay of the land. On one of the perfectly manicured lawns, we saw a sign advertising Parkrun! I shouted to stop and we U-turned to get the details. 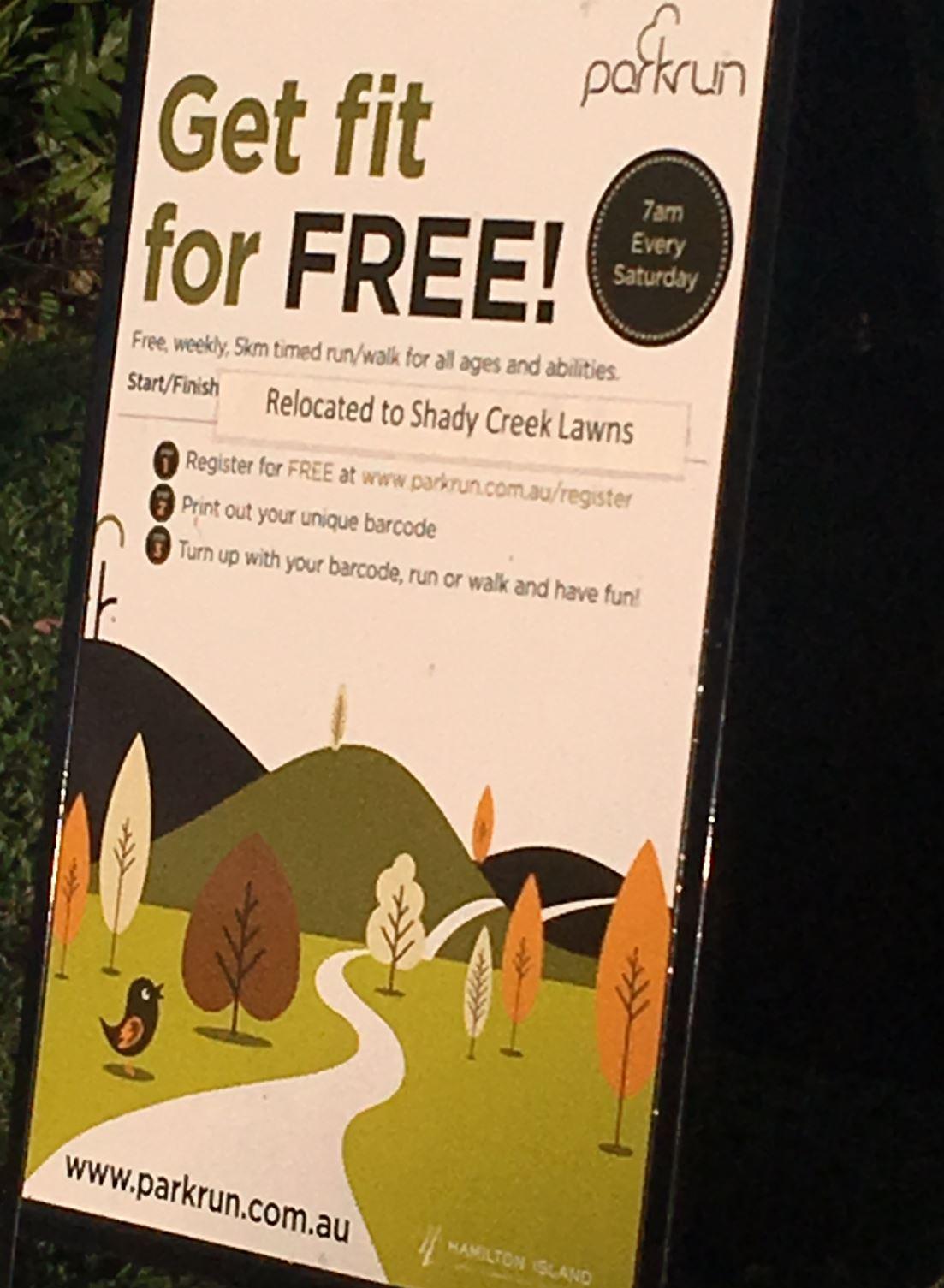 It was Friday and the Hamilton Island Parkrun would be the following morning at 7 am! I was thrilled! We HAD to go. Since I’m working my way up to my 50 Parkrun milestone, I couldn’t resist. Even the ridiculously early start time couldn’t keep me away.

We arrived at the start line and there was a kangaroo munching the dew-covered grass next to the finishing chute. 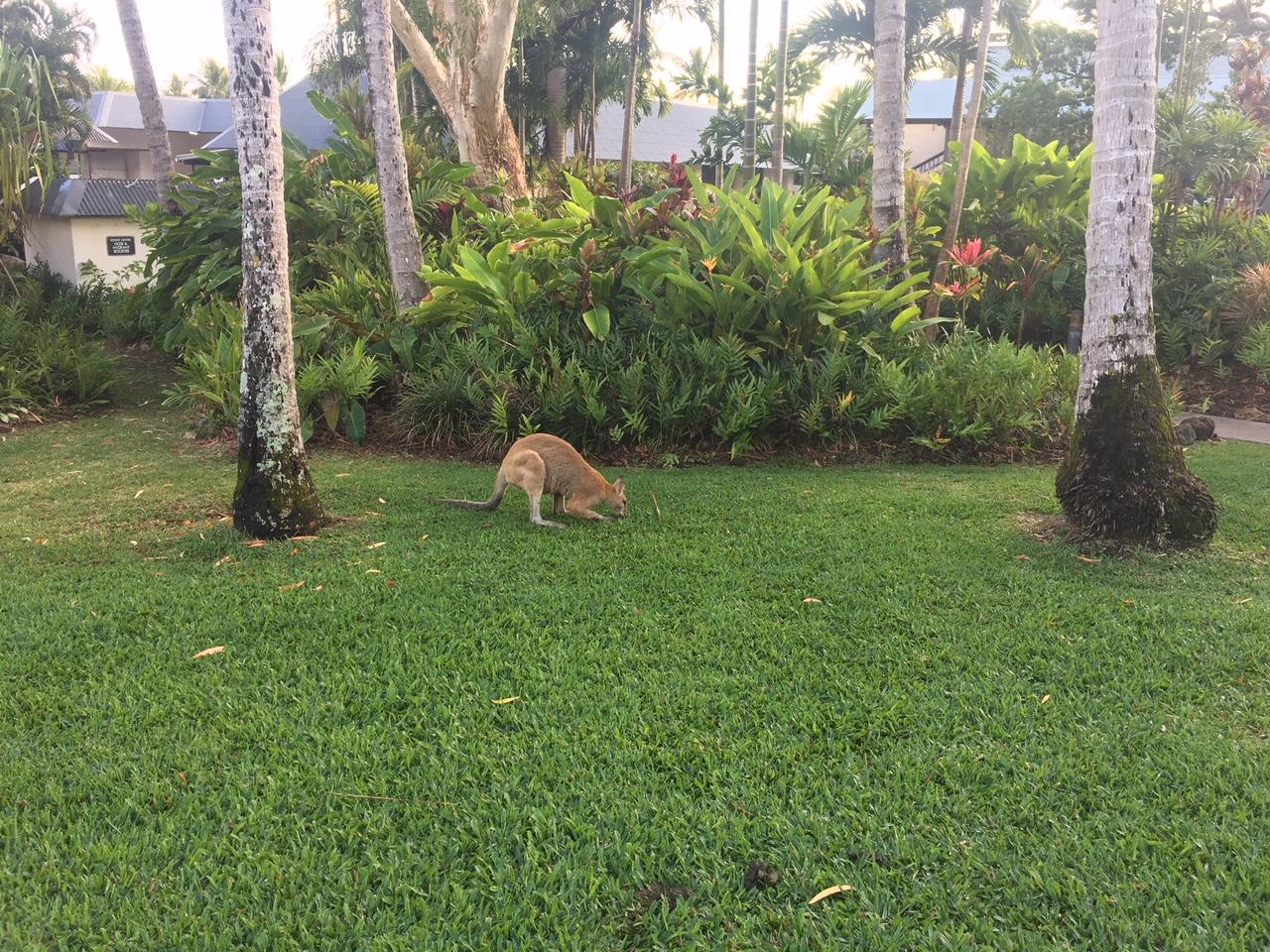 A handful of people in running kit milled around. The route would be two 2.5 loops well-marked by signs. It seemed easy enough. 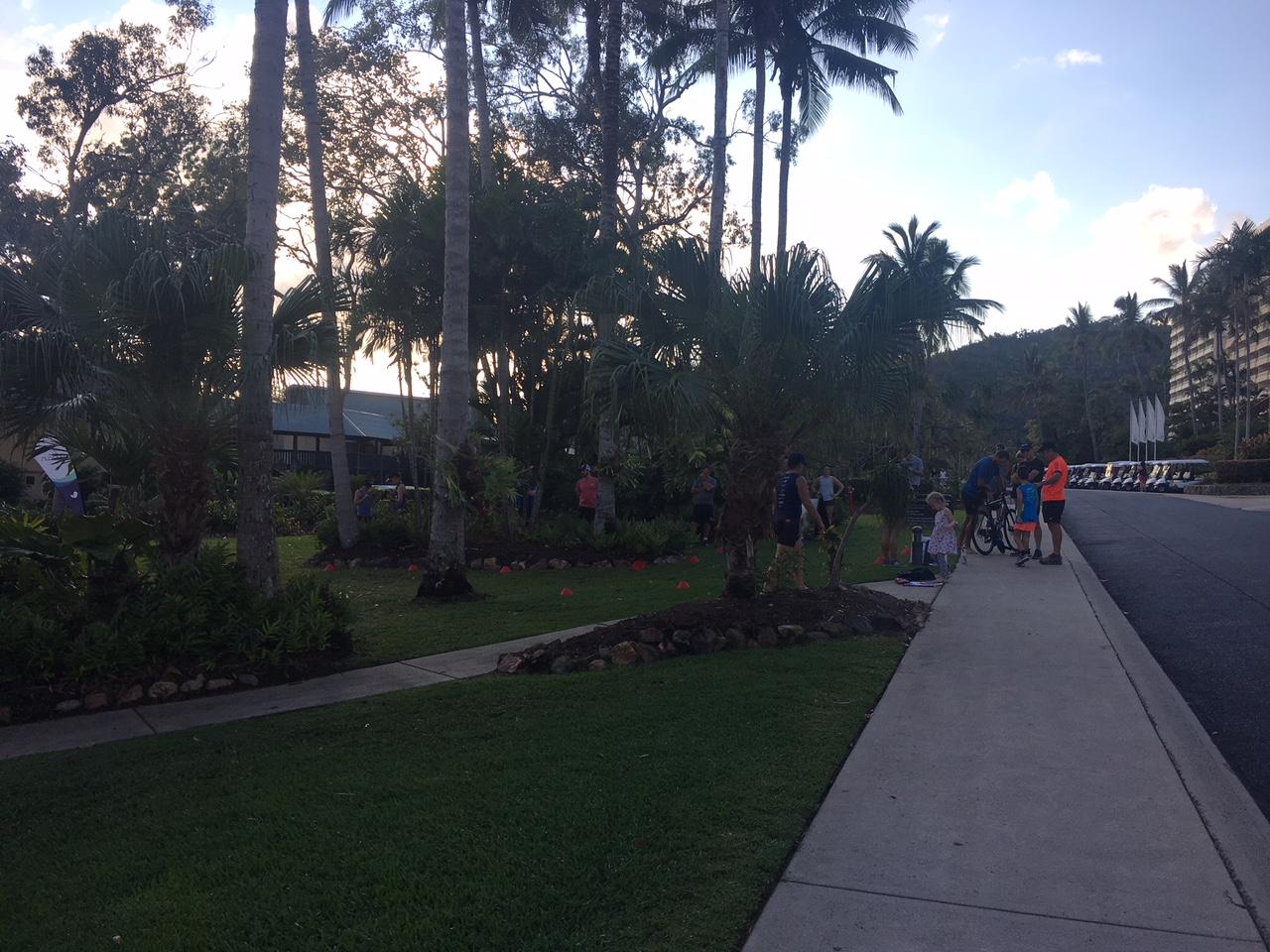 But the route was not easy at all! Hamilton Island is not flat and there were several steep, punishing uphill stretches and a couple really steep downhills. I actually find running downhill harder than up. But I was determined to place well in the small group of just 28 runners!

As usual, I started middle of the pack, but as the run went on, I noticed other runners losing momentum and I passed every woman in the race. There were just five men in front of me and I could see them all. I was within striking range! 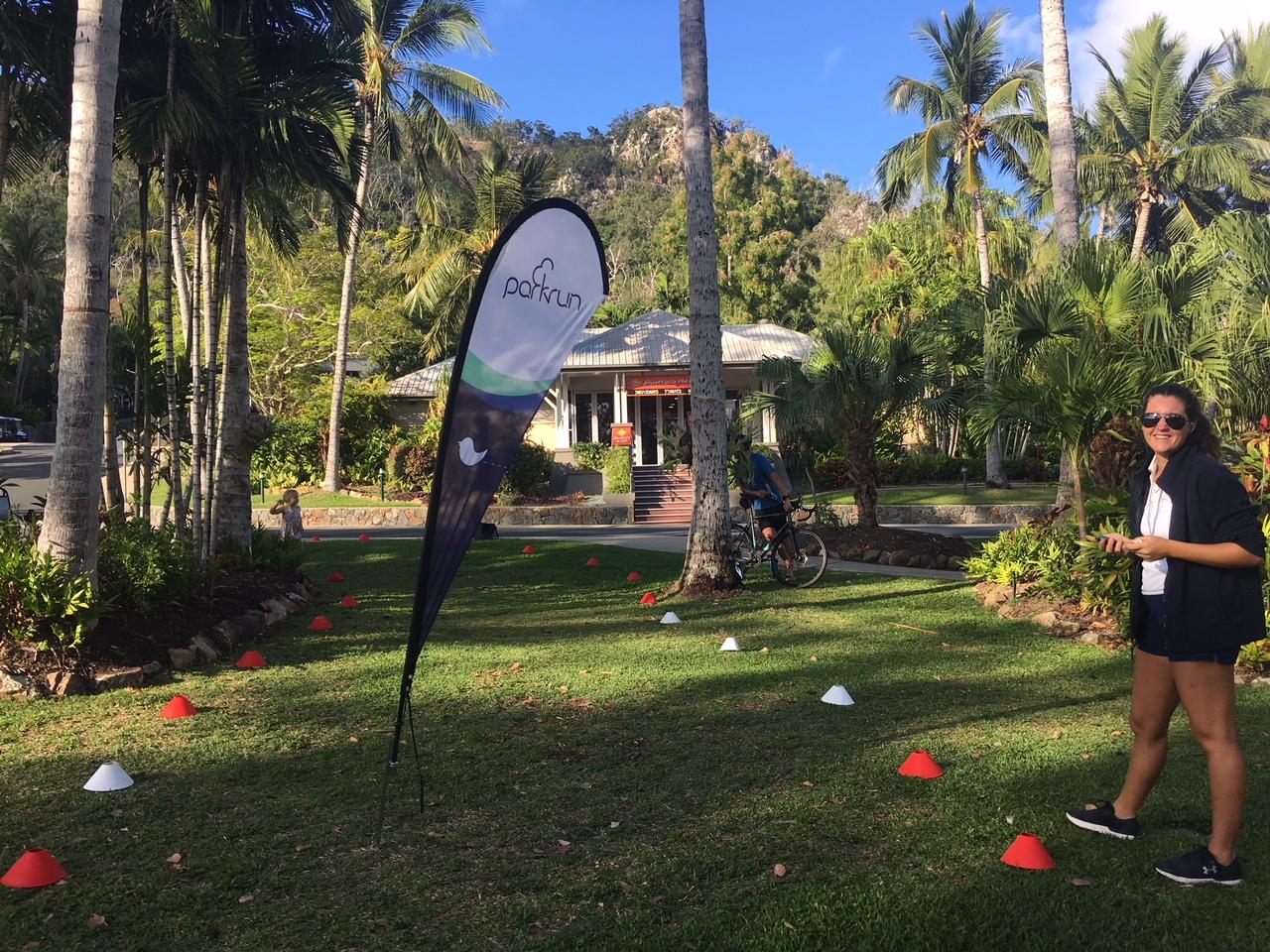 In one final push, I passed one runner and came in 5th overall with a time of 25:17. I was the first female finisher!

I feel a bit silly for feeling so proud of this with so few runners. My normal Parkrun at Highbury Fields regularly gets more than 300 runners so I will never see a finishing token with a single digit on it again. This was a special moment worth reveling in. 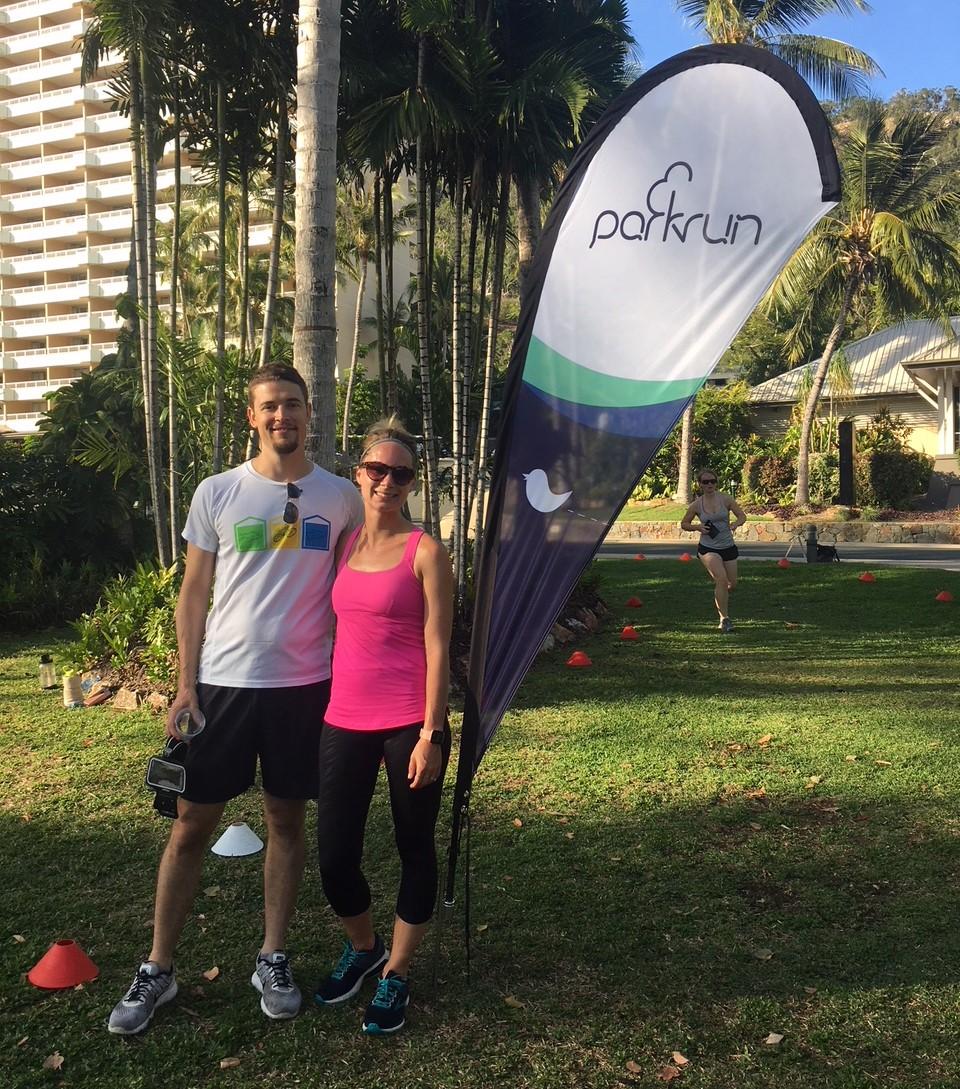 And with such a small group, there are other perks beyond placing in the top five. There were refreshments and a fruit platter at the end of the race for everyone! 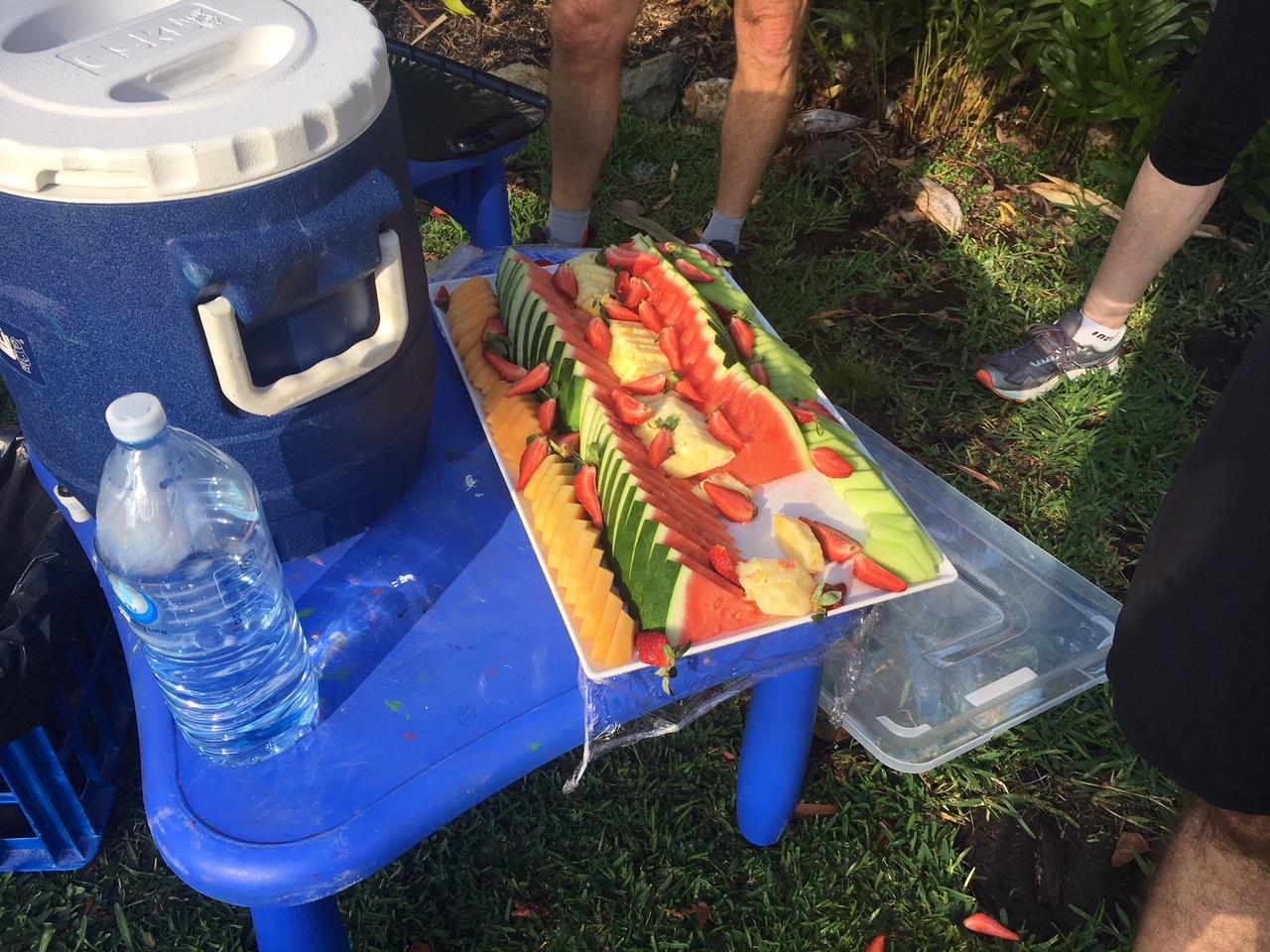 I had no idea Parkrun extended to Australia but apparently Parkrun is growing throughout the country. Of my 45 total Parkruns, 44 of them have been at Highbury Fields, and 1 in Australia. Perhaps it’s time for a little more Parkrun tourism!

Thanks to Graham for humouring me and getting up early for the run despite still recovering from his big triathlon! Such is the life of a man married to a runner/blogger!