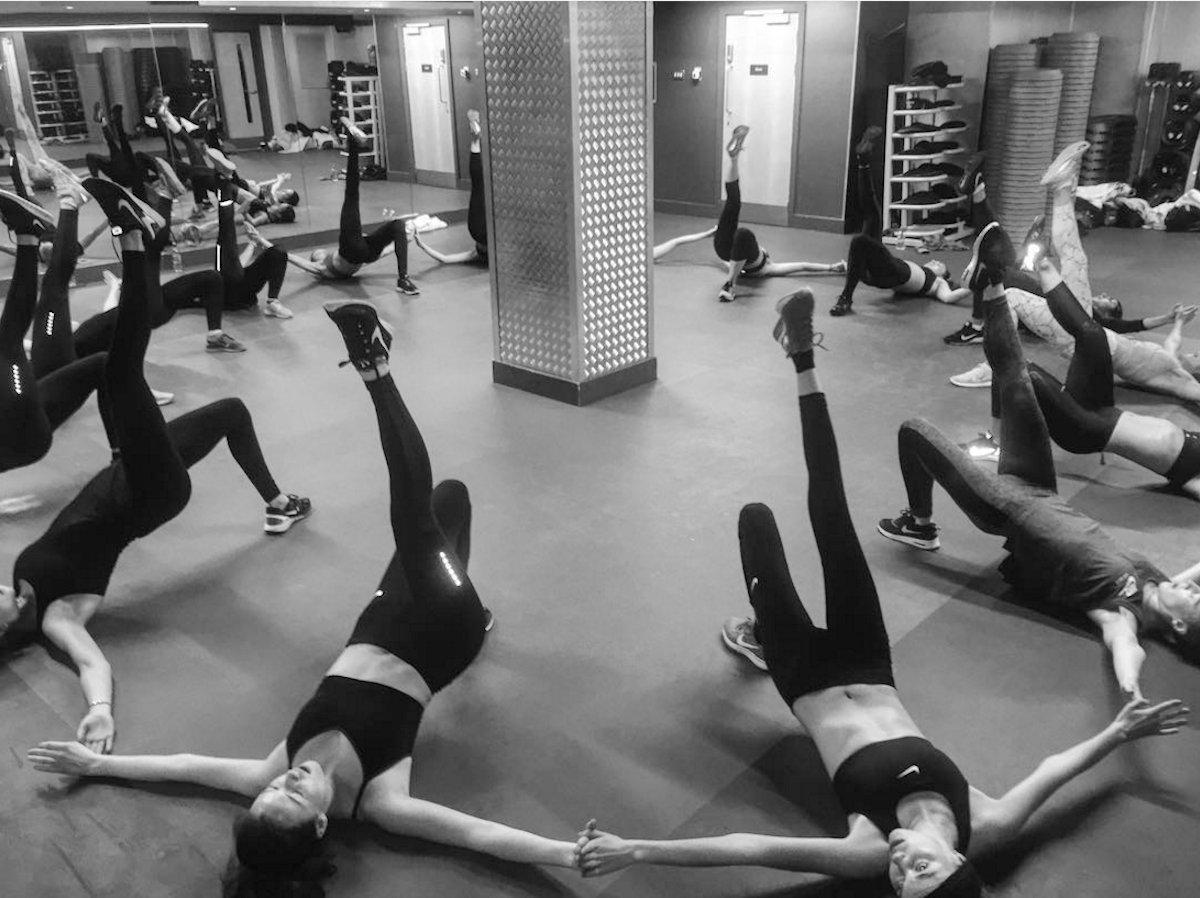 The Skinny Bitch Collective is the creation of personal trainer Russell Bateman. Recently rebranded (for obvious reasons!) to The SBC, the exclusive, invite-only classes in London, New York, LA and Ibiza have gained worldwide attention for being the go-to class for celebrities and supermodels. One look at their Instagram account will give you a pretty good idea what it’s all about. It’s not the sort of thing I would usually go to, but hey, I’ll try most workouts once.

Tickets for these events sell out in minutes and cost £42 each, more than double the cost of your average boutique fitness class in London.

For that price, I was expecting to be blown away. I mean, if it’s good enough for the likes of singer Ellie Goulding and actress Millie Mackintosh, there must be some magic in it.

The location was questionably unglamorous.  Located at a humble Fitness First on Baker Street, I checked the location several times to ensure it wasn’t an error. It wasn’t. I walked in without issue and wandered into the unassuming changeroom. Maybe it won’t be as intimidating as I thought.

I should preface this by saying I wasn’t really taking the whole thing very seriously. I went to Parkrun in the morning and ran a hard 5k in the heat. Then I had a long boozy brunch with a friend before making my way to the class. Neither is recommended if you’re planning to try this class yourself by the way!

Since this was a trendy affair, I decided to leave my mismatched brightly coloured running kit at home. I chose black leggings, a black and white crop top and black trainers.

I walked in the windowless basement studio and everyone was sitting on the floor near the weight stack, which seemed weird to me. It looked like some sort of emergency storm shelter, except everyone was beautiful. And skinny. And young and white. They were wearing mostly black and a lot of beautiful matching athleisure combos. Oh, and a lot of crop tops.

I was happy with my outfit choice. At least I looked the part.

Russell stood in the corner by the sound system playing DJ. He told everyone to watch a girl named Rose who knew how to do everything. She would know what to do just by him looking at her, he said. She was clearly a regular.

We started with some warmup movements like squats, mountain climbers and jumping jacks. Nothing fancy there.

Then we had to hold hands in a circle, facing outward and jump squat our way around the room. A bit unorthodox, but amusing. The only piece of kit we used was a resistance band which did make simple movements much more challenging. The class also involved a lot of crab poses, hip raises and can-can legs, all to the beat of vaguely tribal electronic dance music. 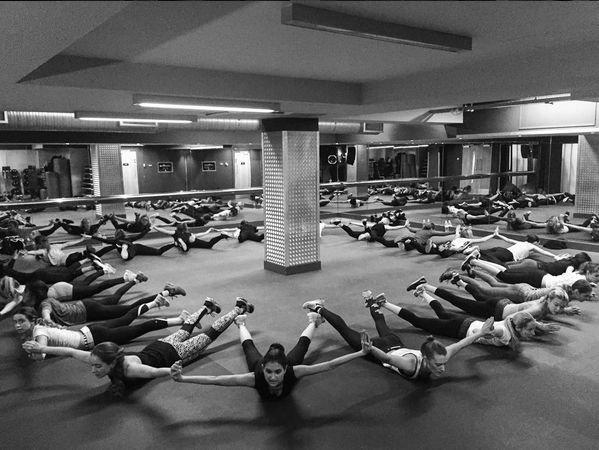 The class followed an abrupt format where we would do one exercise with music for 30 or 60 seconds, stop and do something else. It was like a weird version of musical chairs where the music stopping would signify when it was time to move to a new exercise.

Everything is supposed to be on the beat of the music. When it worked, it was mesmerising. Following the beat with movement felt rhythmic and seamless and I actually forgot how hard I was working at times. That said, it didn’t always work and I spent a lot of time moving in the wrong direction and apologising for stepping on my neighbours pretty trainers.

A lot of the activities were partner-based. If you have an issue touching sweaty strangers, you will not like this class. We really had to get up-close-and-personal with each other, at one point, bear-crawling around on the floor in pairs and attempting to slap the outer leg of your partner without letting your body touch the ground. 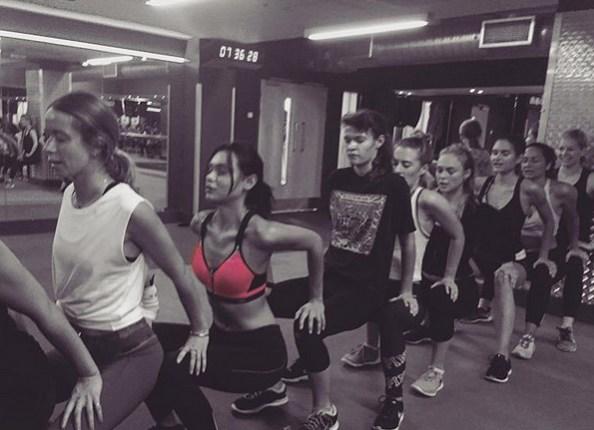 Image via via Emirates Woman

At one point, I looked around the room smirking to myself at how ridiculous we all looked. I searched for a similar smirk among the crop tops. I couldn’t find one. Everyone was deadly serious. And seriously sweaty.

And yet, while everyone was taking things seriously, there wasn’t the slightest hint of competition among the girls. The class was so random and unpredictable, you couldn’t really get cocky. Sweat, it seems, is a great equaliser.

We ended the class by forming a conga line. Hands on each other’s shoulders, we jumped in unison together around the room, forwards and backwards. It dawned on me that part of the power of this workout is the reliance on the group. You literally cannot stop or you’ll be stomped on. It’s pretty powerful motivation to work hard – a lot harder than you might solo.

By the end, I was exhausted, and my arms were sneakily sore. The class was certainly challenging. This is not a class for a total beginner. You do need a medium-high level of fitness to make it through.

At first, I was skeptical about the athletic impact of the class, but I must say, I feel like I did a very significant workout. My quads, glutes, triceps, and back are all feeling the impact of that class. While unusual, it did the trick.

At the end of the class, Russell gave everyone a month-long supply of his new luxury supplement called Lyma. The product, which costs £150 for a 30-day supply, has gained the attention of dozens of major magazines and newspapers in the country since its launch in June. Known as the “supermodel supplement” Russell created it following demand from his Victoria Secret clients. 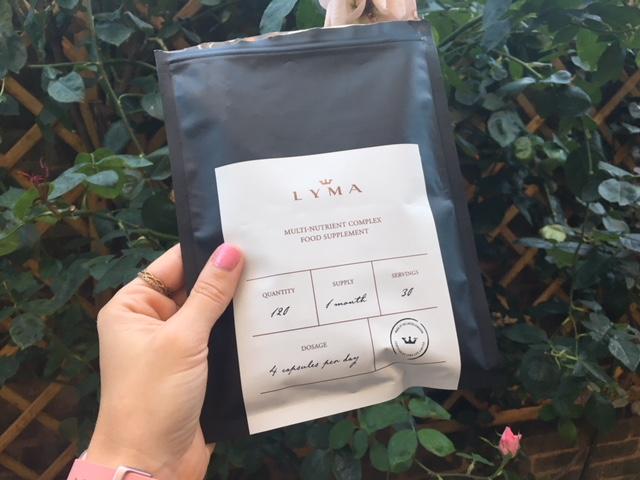 It comes in a nice black box with pretty branding. Mine got a bit mangled on the way home.

He claims to have perfected a blend of supplements that can do everything from fight fatigue to clear up your skin. As with most supplements, early reviews are skeptical. While each individual ingredient is backed by peer-reviewed studies, Lyma itself doesn’t have the statistical power to backup the health improvement claims. That said, I’m excited to use myself as a test. I’ll document my trial with a before and after photo and share the results here. 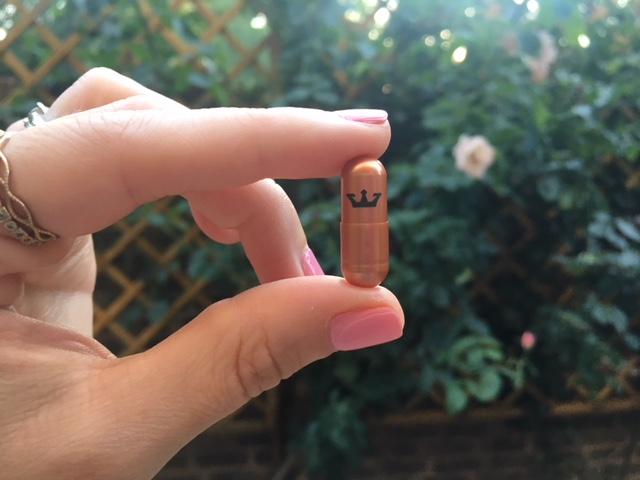 Would I go back to SBC? Yeah, probably, but at £42/class, it’s a bit out of my reach to attend regularly. However, if you can afford it, I have no doubt this class would provide obvious results over time. Dubbed the most exclusive fitness class on the planet, I was happy just to be there once.