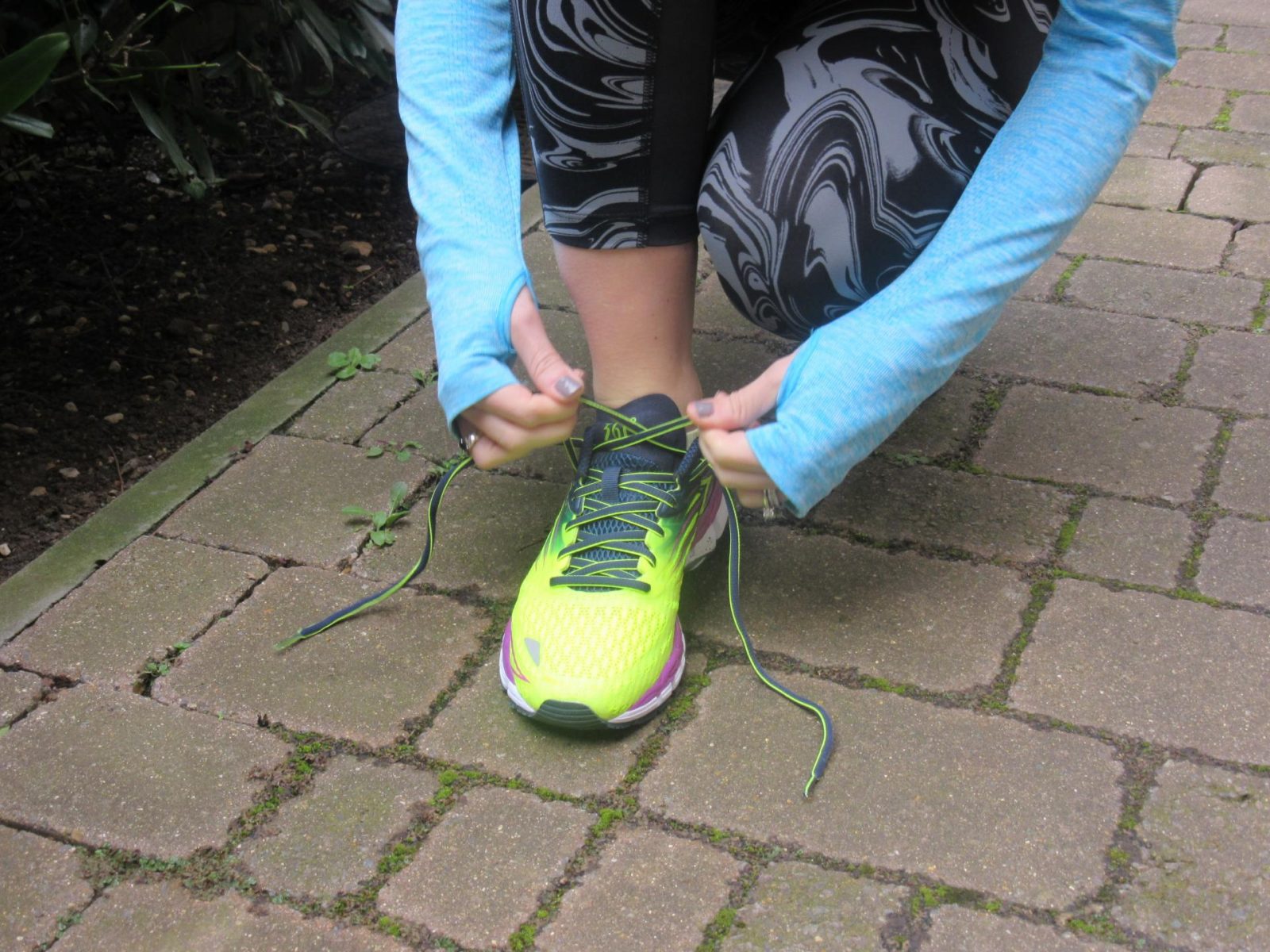 A few months ago, I wrote a post about possibly needing foot surgery. Since then, I went to get several more x-rays and medical opinions and while I’ve been on this fact-finding mission, I’ve left you all hanging. I now finally have an answer.

To cut a long story short, I have a bunion on my left foot. I had surgery when I was 17 but it appears it never fixed the problem and throughout the winter, my foot was in a lot of pain. I went to see a specialist and was abruptly prescribed an invasive foot surgery, despite begging for an alternate option. Literally any other option. Orthopaedic shoes, anyone?

I wallowed in self-pity for a while, but then I decided to seek a second opinion. I was referred for a fancy x-ray called a weight bearing CT scan that looks at your feet from all angles and provides 3D images of your feet and bones. These images, the doctor said, would be necessary information in order to determine the correct next step.

And naturally, throughout this process, my foot started feeling better. It’s like when you call a colleague over to your desk to look at a problem on your computer and then it just magically fixes itself, making you look like a moron. That’s kind of the situation with my foot.

WARNING: I’m about to share some gross x-ray pictures. I’m sorry in advance for my horrible hobbit feet.

So first up, we examined this image. 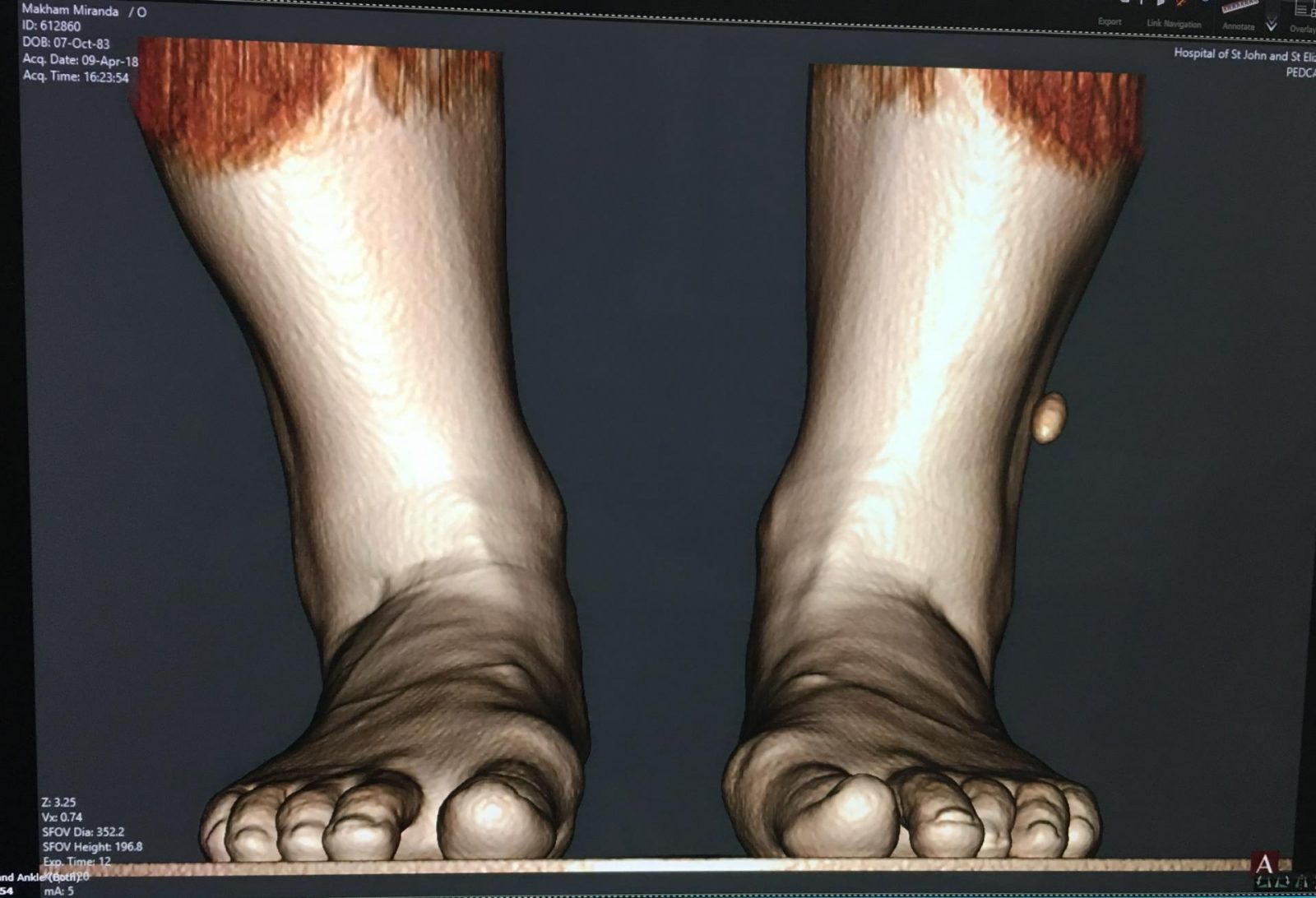 I was immediately disgusted with how lumpy and awful my feet look and how oddly bow-legged I am. I already knew about these traits but somehow, looking at my feet as two disembodied appendages on a screen made me able to see them with the clarity of a third party. Anyway, this image revealed what we already knew: I pronate heavily which has worsened my bunion. You can see the lumpy protrusion on the left foot and the way my toe turns weirdly. You can also see that the toe joint is raised higher than the others.

This next one is even more grotesque. 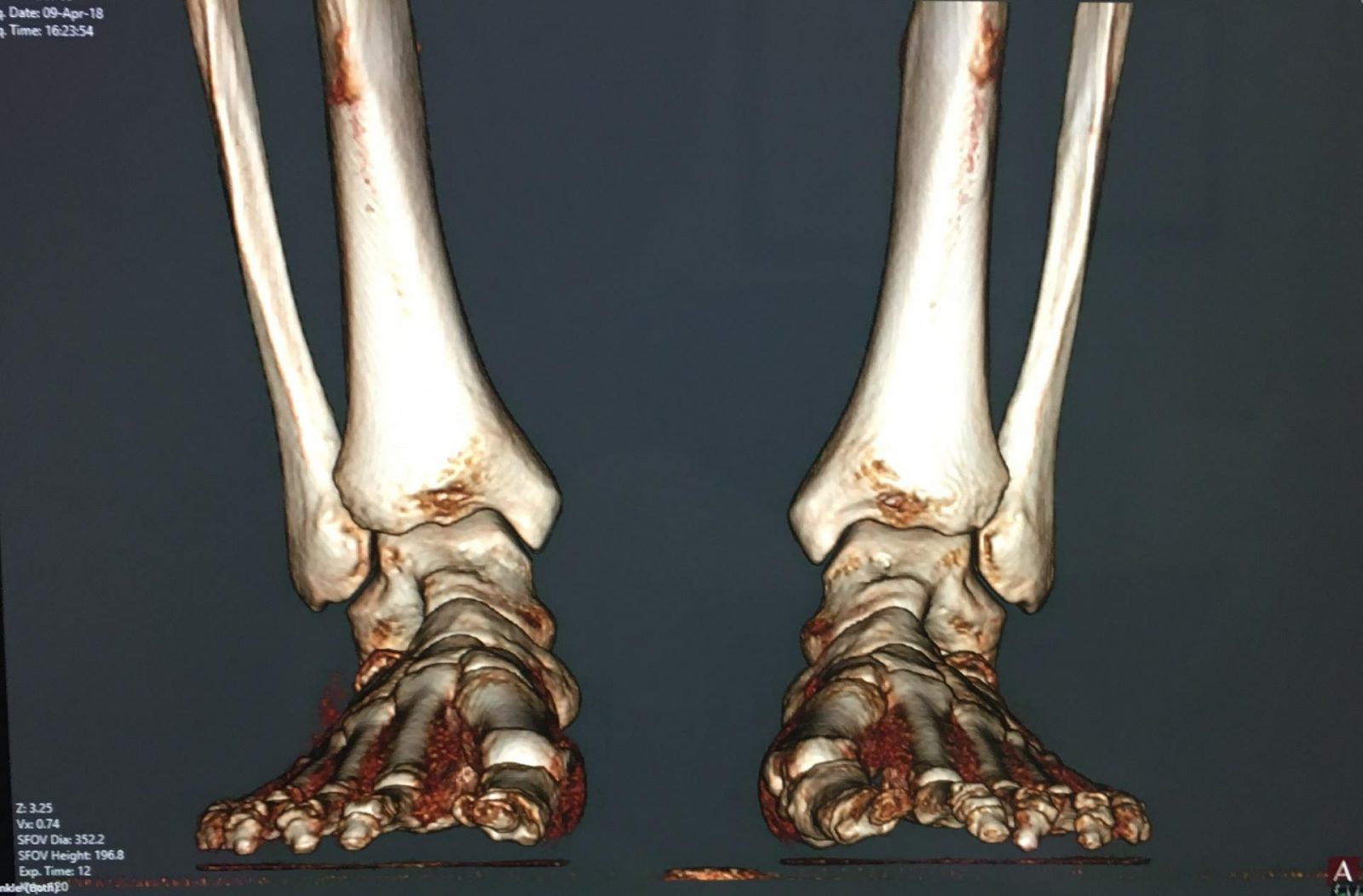 More accurately resembling a creepy Halloween skeleton, we then moved on to examine the interior of my foot. The good news is that there’s no major mechanical issues and the joints look alright. My large metatarsal is higher up than the others, which can cause pain, but it isn’t significant.

Finally, this image, which is perhaps the most telling. It reveals the cause of the pain: a little bony ledge on the left foot likely because of the first surgery.

Perhaps something that never actually healed correctly in the first place. This image looks up at my bones as if you can see up through the bottom of my feet toward my head. So the foot that’s on the right in the picture is actually my left foot.  The good news again is that the big toe joint is aligned and therefore, mechanically, it isn’t really that messed up.

The final verdict is to leave things alone. While my foot does cause me pain from time to time, it doesn’t prevent me from doing the things I love. If, in the future, I experience significant debilitating pain, I can have the bony ledge shaved off in much less invasive surgery. I had wondered if perhaps the issue is progressive, meaning that it will only get worse over time. However, the doctor said that may not be the case and it may stay the same forever. He also said that surgery may not even fix the problem and actually, it could even make it worse. That’s really not a chance I’m willing to take. Especially while things are working at the moment.

This was never an issue of aesthetics, so unless I get to a point where running becomes impossible, my hobbit feet will remain as they are. With a nice pedicure and some bunion-covering sandals, I can pretty much hide it. And besides, runners aren’t known for their beautiful feet.