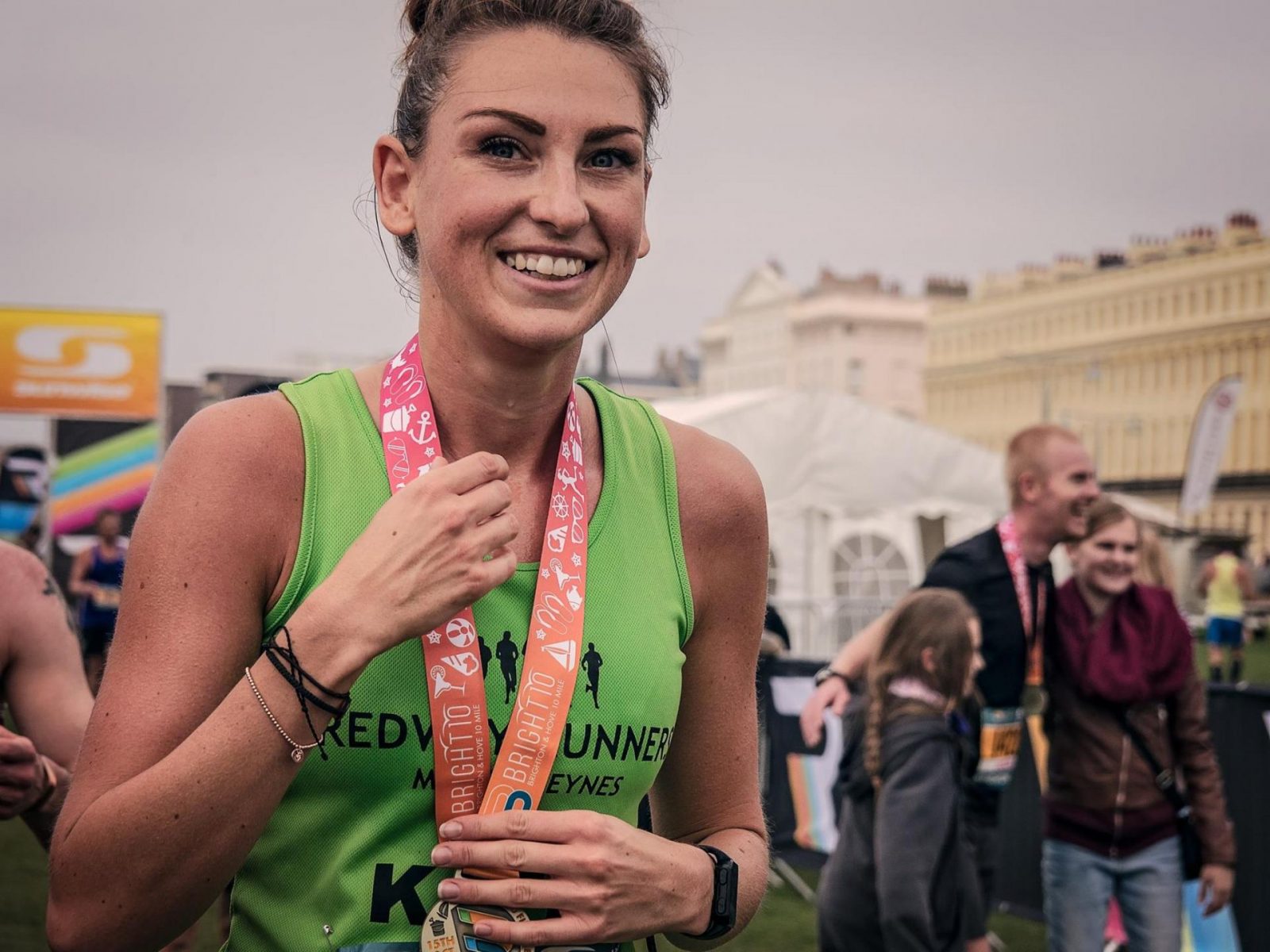 I met Katie recently at The Running Awards. I have followed her blog, Clean Coach Katie, and running journey for several months and I am continually inspired by how dedicated she is to her running goals. She continues to smash her PBs, all while helping others with their own running and training goals as a personal trainer and running coach. Check out how she answered five questions about running…

After finishing my Sports Science degree at Brunel University in 2011, I moved home and soon realised that I had a lot more spare time on my hands than I imagined I would after finishing work every day.

I wanted a new hobby and a work colleague suggested I take up running. It was a cheaper option than the cycling hobby he had (although I now realise running is not as free as people tell you!) and for £100 I purchased my first pair of trainers from Sweatshop and entered my first race – Run To The Beat half marathon in London.

Without this race and goal to focus on I wouldn’t have continued with the training. I’d done a few 5Ks before, taking part in the Cancer Research Race for Life, but soon realised after struggling to run to the end of my street and back that this would be a challenge.

But with the target set out, I persevered and completed this in 2 hours 3 minutes and 52 seconds. Not the sub 2 I was hoping for, but on my first attempt and without any real direction with my training, I’m pretty pleased with how I did.

Booking races is still now one of the best motivators for me. It gives my running purpose and direction, it drives me and motivates me to lace up my trainers every single day. 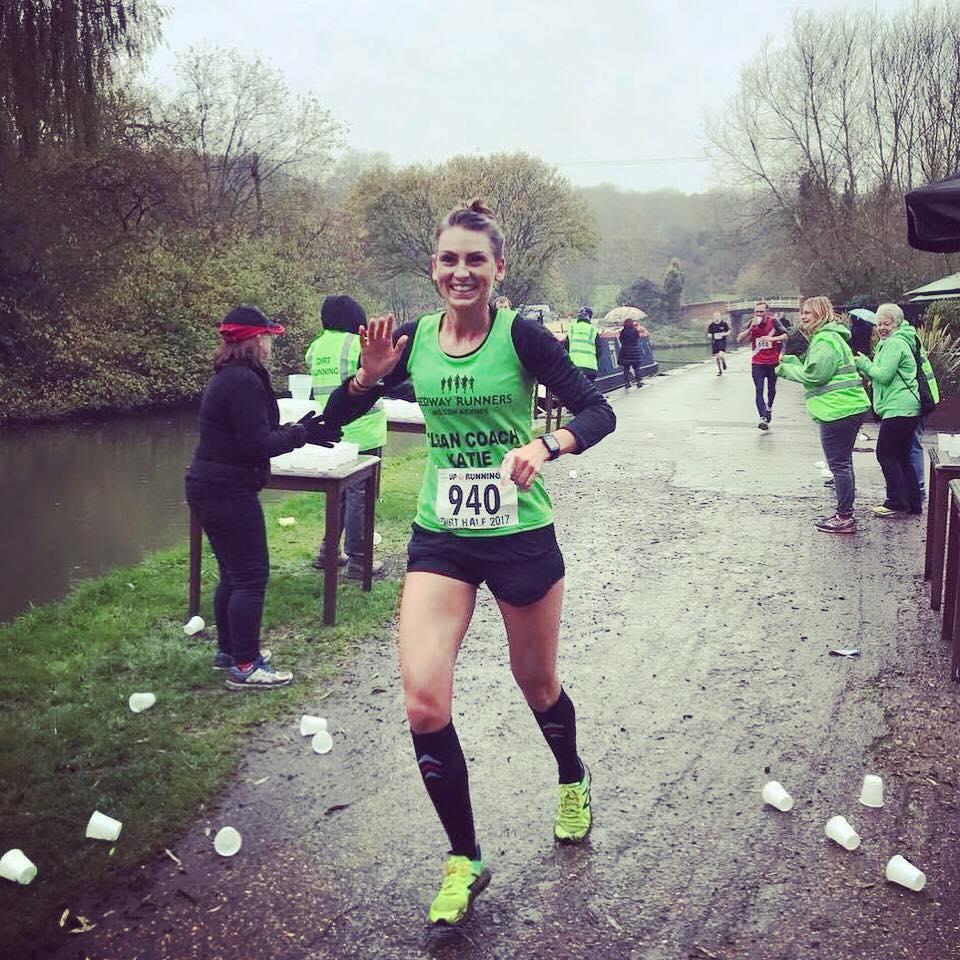 ‘Self-belief and confidence in my own ability’

I was once called a ‘Lazy Runner’ by someone else in our club. I would run at the same pace on every single run and never push outside of my comfort zone. I was too scared to put myself in a position where I felt uncomfortable.

A turning point for me last year was when I completed a 20 mile race called the Oakley 20. It was around this time I also met my now boyfriend James. His belief in me and my realisation of what I was capable of really boosted my confidence and allowed me to achieve ‘Good For Age’ at the London Marathon. I crossed the line in 3 hours 44 minutes and 29 seconds. Without believing in myself, I wouldn’t have been able to achieve that.

Since then, my running has gone from strength to strength and I was able to PB over every distance in 2017. Having confidence in my running ability has propelled me forward and I continually aim to do better.

Don’t get me wrong, I have bad days from time to time, but now believing in myself makes me feel unstoppable (at times!) 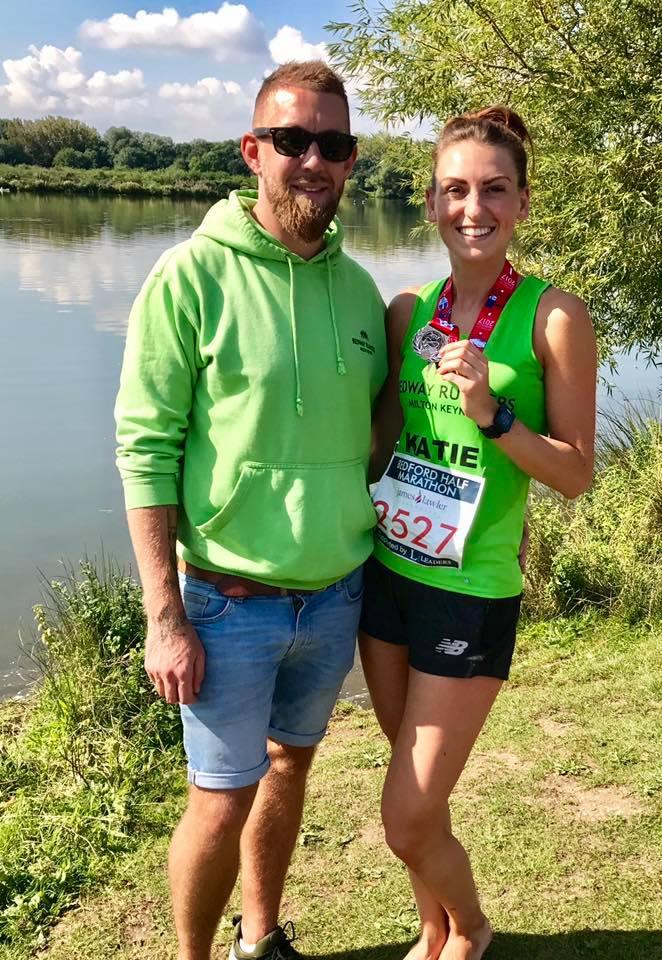 I had an awful race at a recent Cross Country match, to the point I almost walked off the course. The distance was only 3.3 miles, only slightly longer than a parkrun and something well within my capability. But the course was tough, the ground was terrible (as cross country is) and mentally my head wasn’t in it. It was a real mental battle. And one of my most challenging races to date.

As a Personal Trainer and Coach, I know everyone else is watching me and wanting me to do well. Via Clean Coach Katie and my social media platforms, I expose myself and from that comes pressure. I also have to set an example to others. If I was to quit, what sort of message would I be giving to my clients? So, I use that as motivation. I wanted to give up on the course, but I told myself, I’m not a quitter. See it through to the end! No matter what the result is, you didn’t give up – even when times were tough.

However, I’m really happy that I didn’t stop. I still finished first home from my club and ended up being 11th in the league overall across the whole season. Not a good day at the office, but sometimes we need to think about the bigger picture.

When I got my most recent half PB of 1 hours 33 minutes, I almost gave up at mile 4 too. The conditions were tough, but I’d trained so hard and refocused. I remembered what I had set out to do and continued on. Mind games can be the thing that sets us back most as runners, but it’s how we deal with these situations that make us.

I always say that we should relish and savour the good runs, but to also learn from the bad. Use every one as a building block and use it as knowledge moving forward. 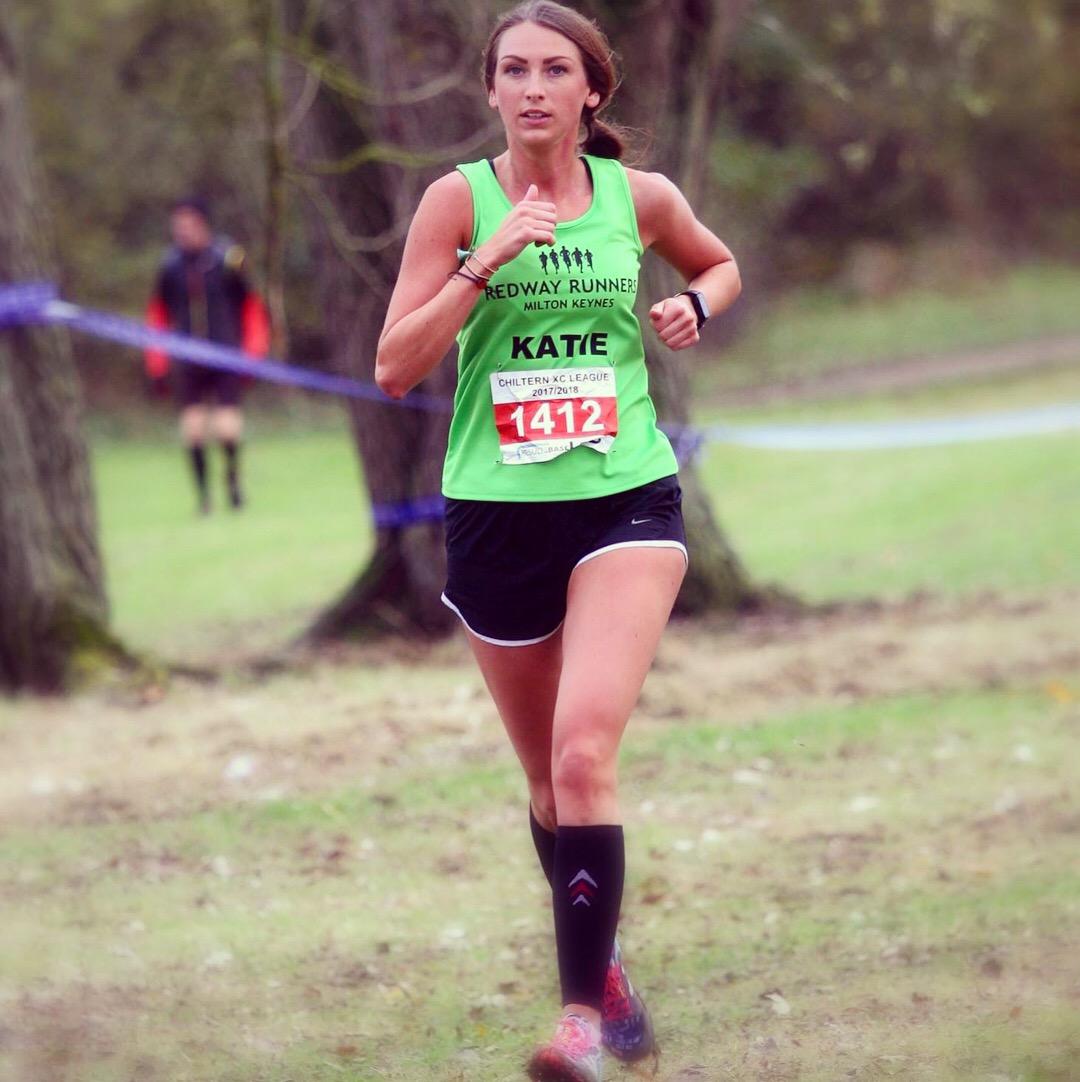 This is a tough one. I wouldn’t say I do anything extraordinarily unusual, but I do have a pre-race ritual that I like to follow:

Some others may relate to some of these and some may seem a bit silly, but I’m sure everyone has their own set routine too. 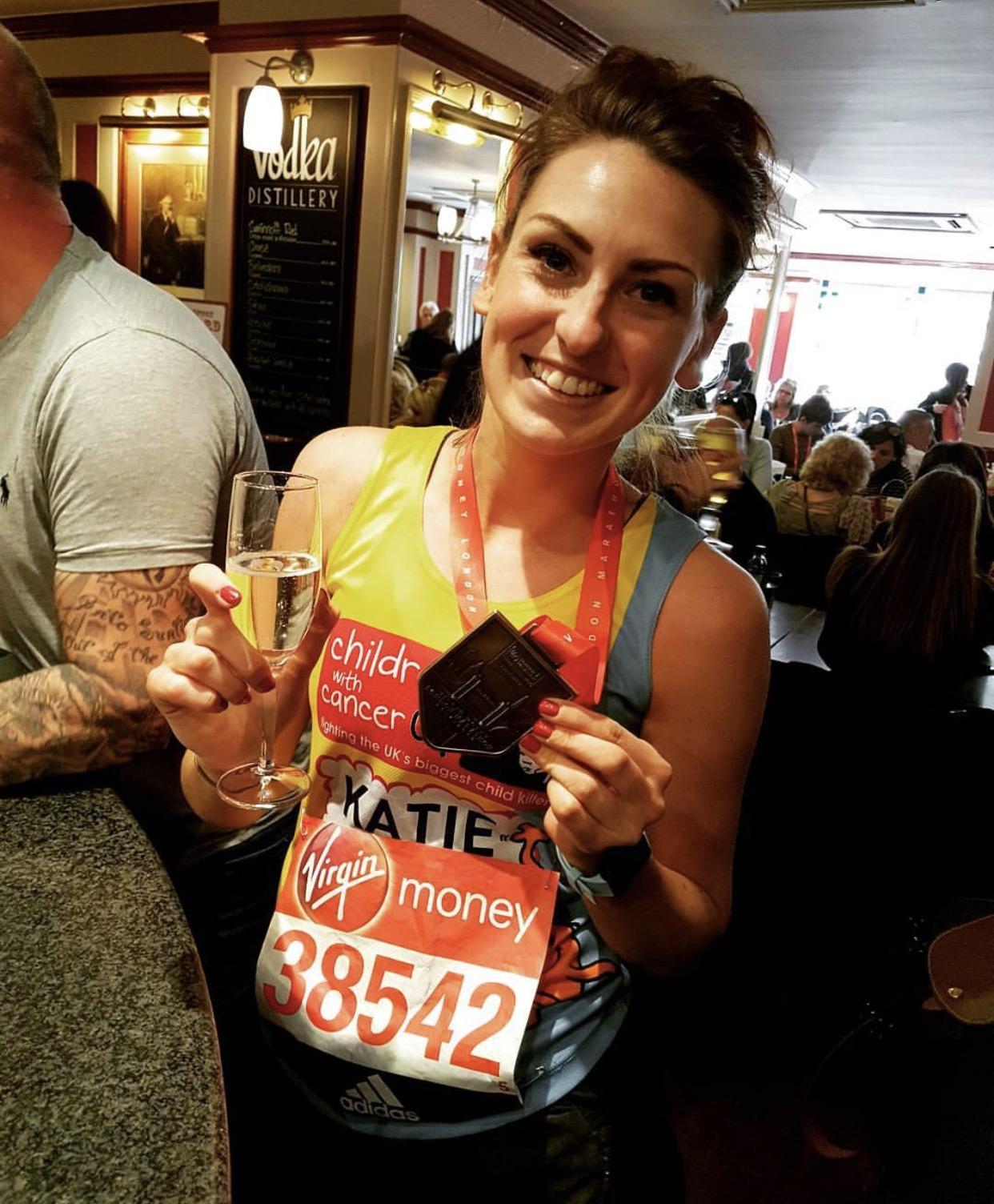 A 20 mile race at the Milton Keynes Festival of Running – epic fail.

Did I finish the course? Yes.

Did I realise the pain in my leg for the majority of the way round was a stress fracture? No.

I ran on an injury I didn’t even know about for a long time that day. I had pains in my leg earlier in the week and took a few days off to rest up and get ready for race day. I still felt uneasy on the morning, but I had the London Marathon to prepare for so couldn’t miss out. How wrong I was.

Not listening to my body and running that distance put me out for longer than I wanted and I didn’t even make the start line of London in 2015. I was absolutely gutted and cried for a good few days when I realised my dream was over. 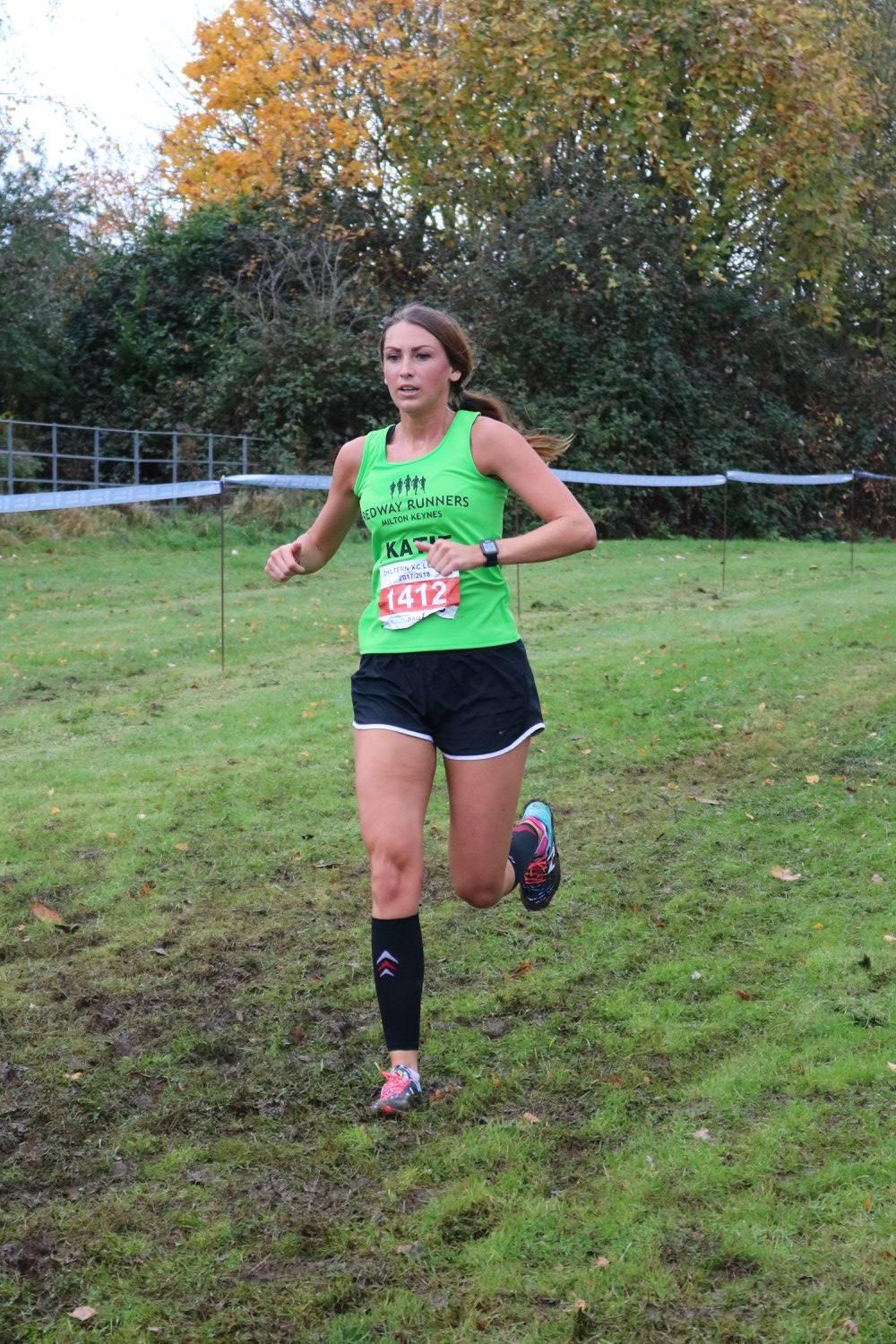 The best piece of advice I can give to others now when battling with a niggle or injury is to really weigh up whether a race is worth it in the long run.

If someone I know has a half marathon booked for the weekend ahead, I ask them, would you feel comfortable to run a 13.1 mile training run, and if they say no, I advise them not to race. Having a race booked, people feel like they are obliged to run, to not waste money or to miss out on the bling. But racing when injured can set you back further. I’ve learnt my lesson and hope to not make the same mistake again.