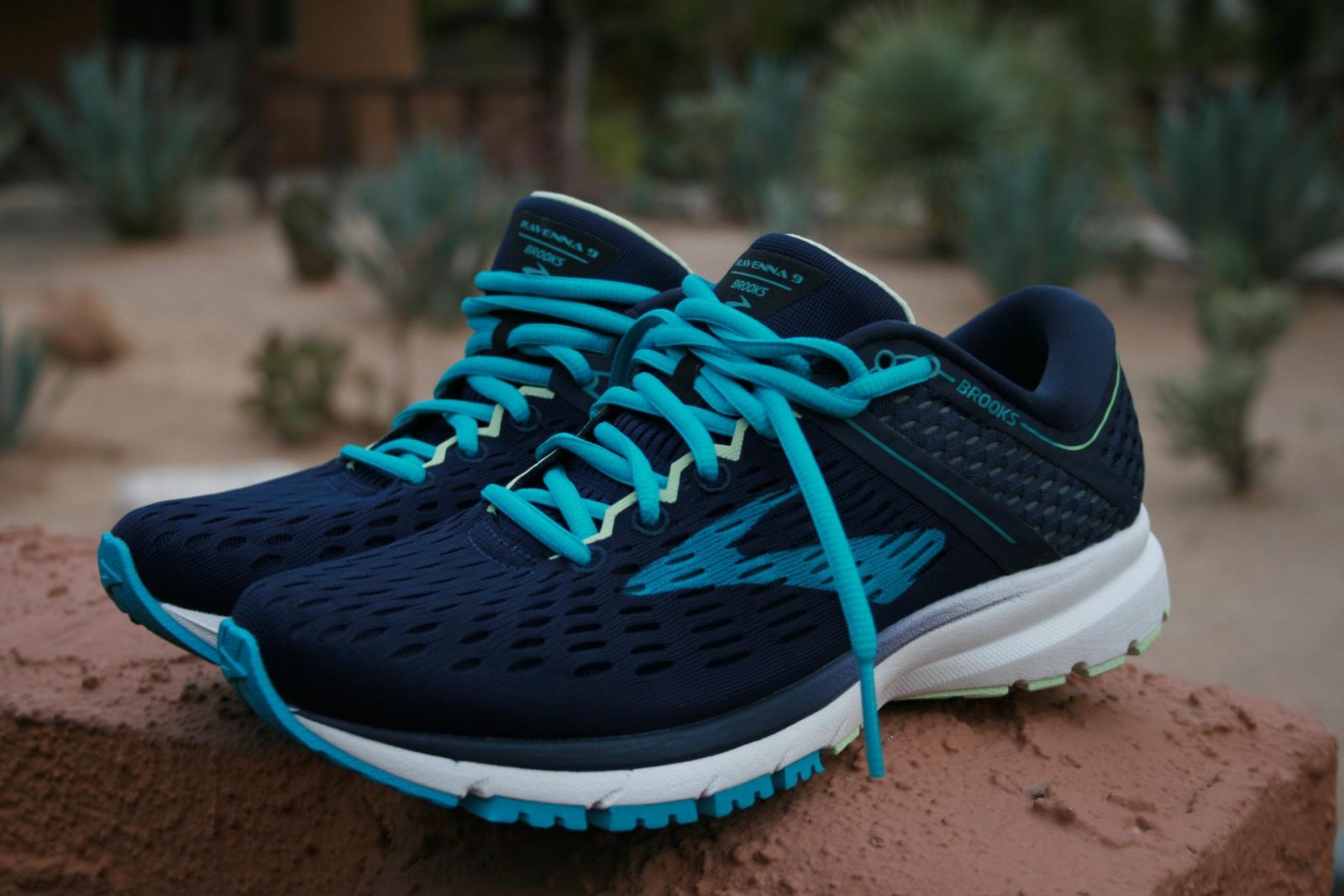 If you have read this blog recently, you’ll know that I was recently at this beautiful health and wellness retreat in Arizona called Canyon Ranch. I swear I will stop talking about it eventually, but for now, bear with me for one more post.

While there, we had the option to book some sessions tailored to our unique interests. So one day, I decided I would visit the onsite shoe specialists and do a full gait analysis and shoe review. So while others got massages or went to cooking classes, I decided to spend an hour talking about feet.

The specialist marvelled at my strange gait, which includes a lot of compensatory movements to account for a pretty intense pronation. Next, she had me walk across a mat that measured the weight distribution as I walk.

The verdict: my gait is not horrendous, but for endurance running, she suggested some changes to help reduce pain and potential injury. 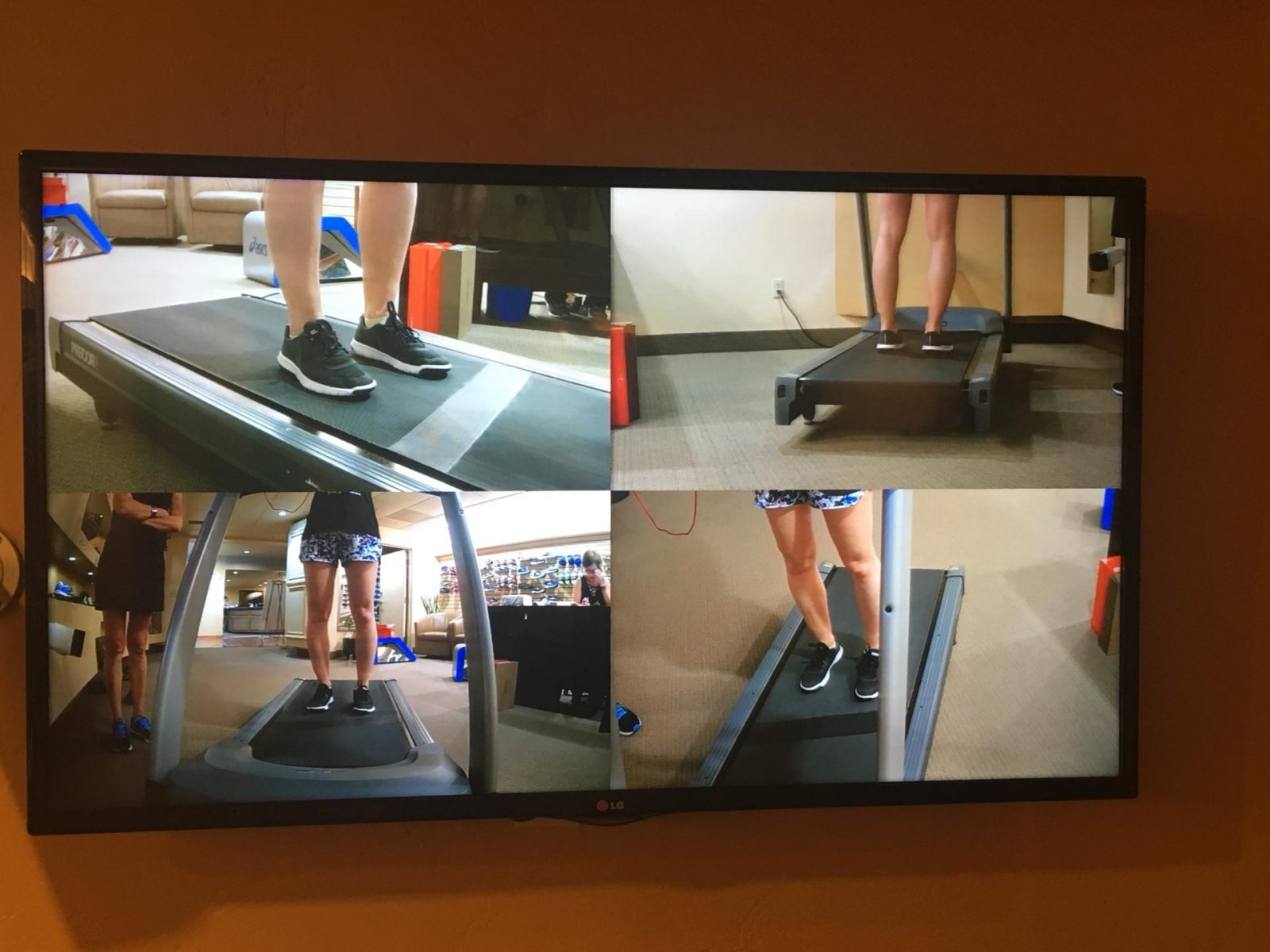 First, she thinks I’ve been wearing the wrong size shoe! This might sound ridiculous. How could I not know my shoe size? You know what’s even more ridiculous? This is the SECOND time in my life a running specialist has told me my shoes are too small! Are my feet growing? Or am I just an idiot? Five years ago, I ran in a US size 6.5. I have since moved up to a 7, and now I’m in a 7.5!

After I decided to entertain this new shoe size, she brought out a few Brooks trainers. I have almost exclusively worn Nike shoes for running. Not only do they look the best, they were my first pair of running shoes when I started running more than five years ago. I don’t think they do anything particularly stand-out in terms of performance, but you know… habits. I was sceptical of the Brooks shoes. They were new and scary and unknown. But I remained open-minded.

The first pair were WAY too puffy and big and felt like bricks on my feet. I don’t even remember what they were called. The second pair, the Brooks Ravenna 9, felt pretty good. 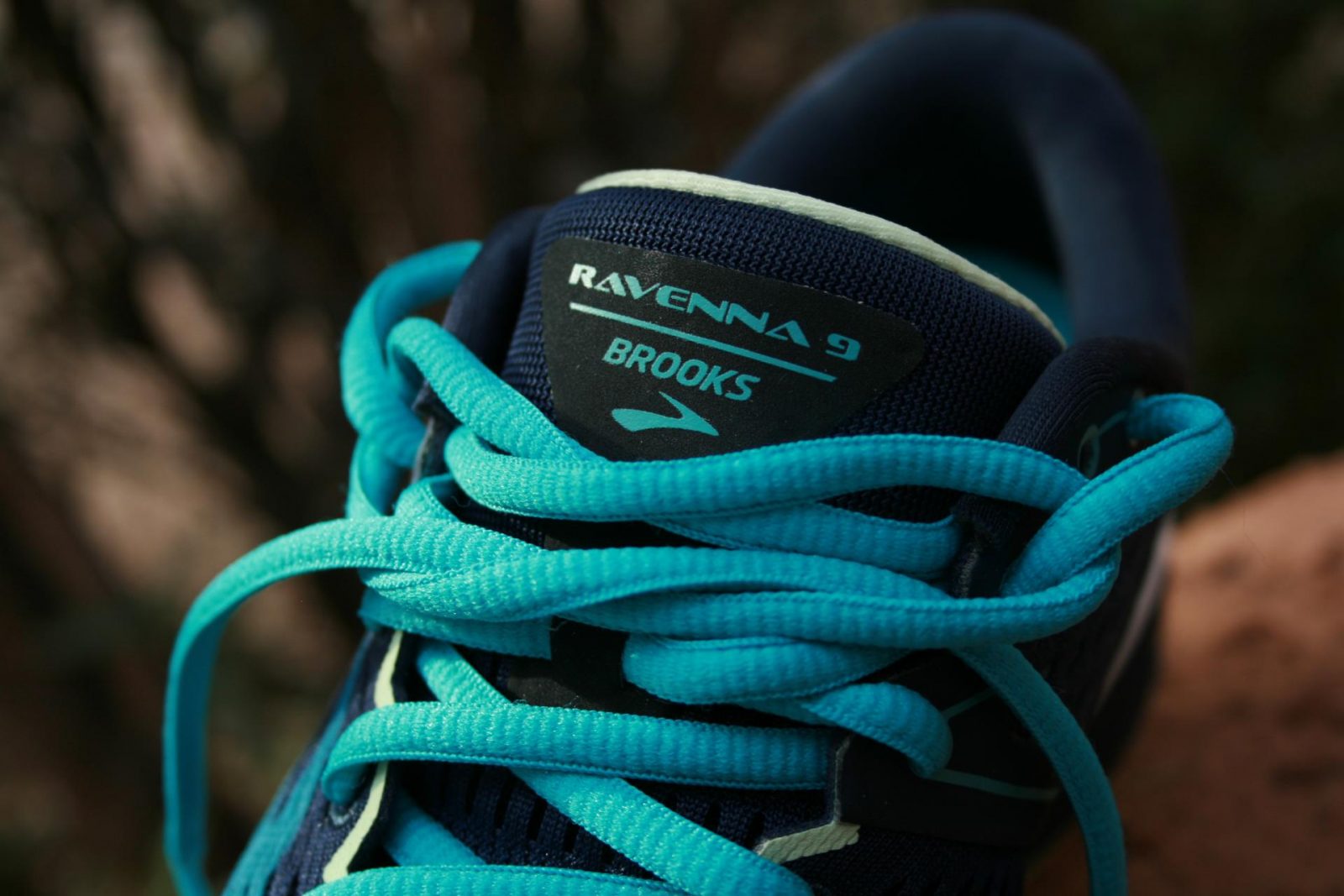 I went for a little run in them and I liked them. They immediately felt good, which is rare for me and new shoes. I told her that I often have a period of time where I need to break in a new pair of shoes (Because: bunions!) and she said that’s nonsense. If the shoes don’t immediately feel good, she said, they’re not the ones for me. A sensible tip really. 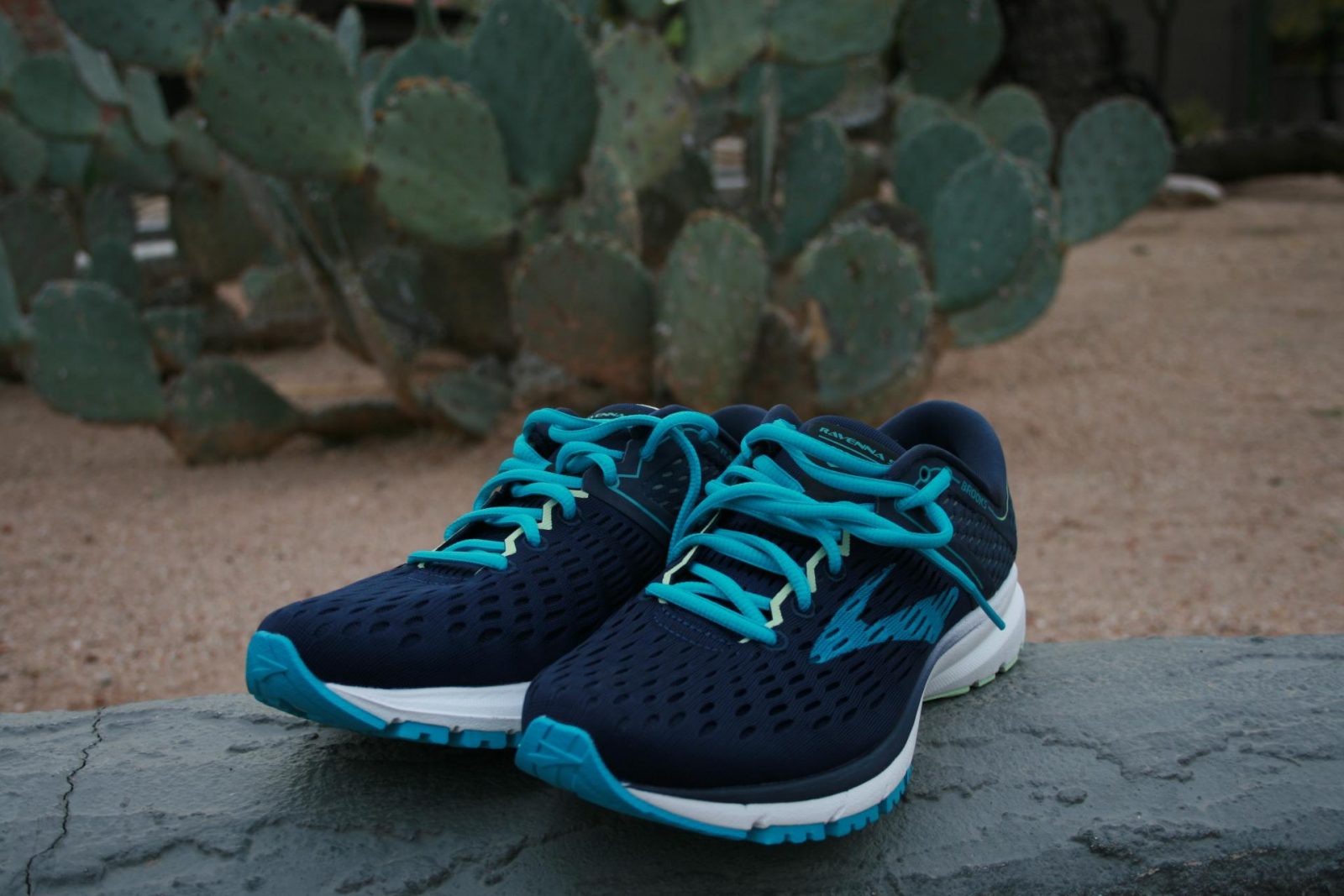 I bought the shoes. I also bought two pairs of Balega socks, which are actually the most comfortable socks I have ever worn. I highly recommend them.

So, like any runner with a new pair of shoes, I had to take them out for a long run and test them out, and what better place than the Arizona desert?! The next morning, I got up early and hit up a 2-mile circuit around the resort. It was a great route with lots of twists and turns, hills and a mix of pavement and gravel paths. I liked the route so much, I ran it 3 times, totalling just over 6 miles. The shoes were great! Comfortable. Bouncy. They already felt like they were well worked in on their first outing. 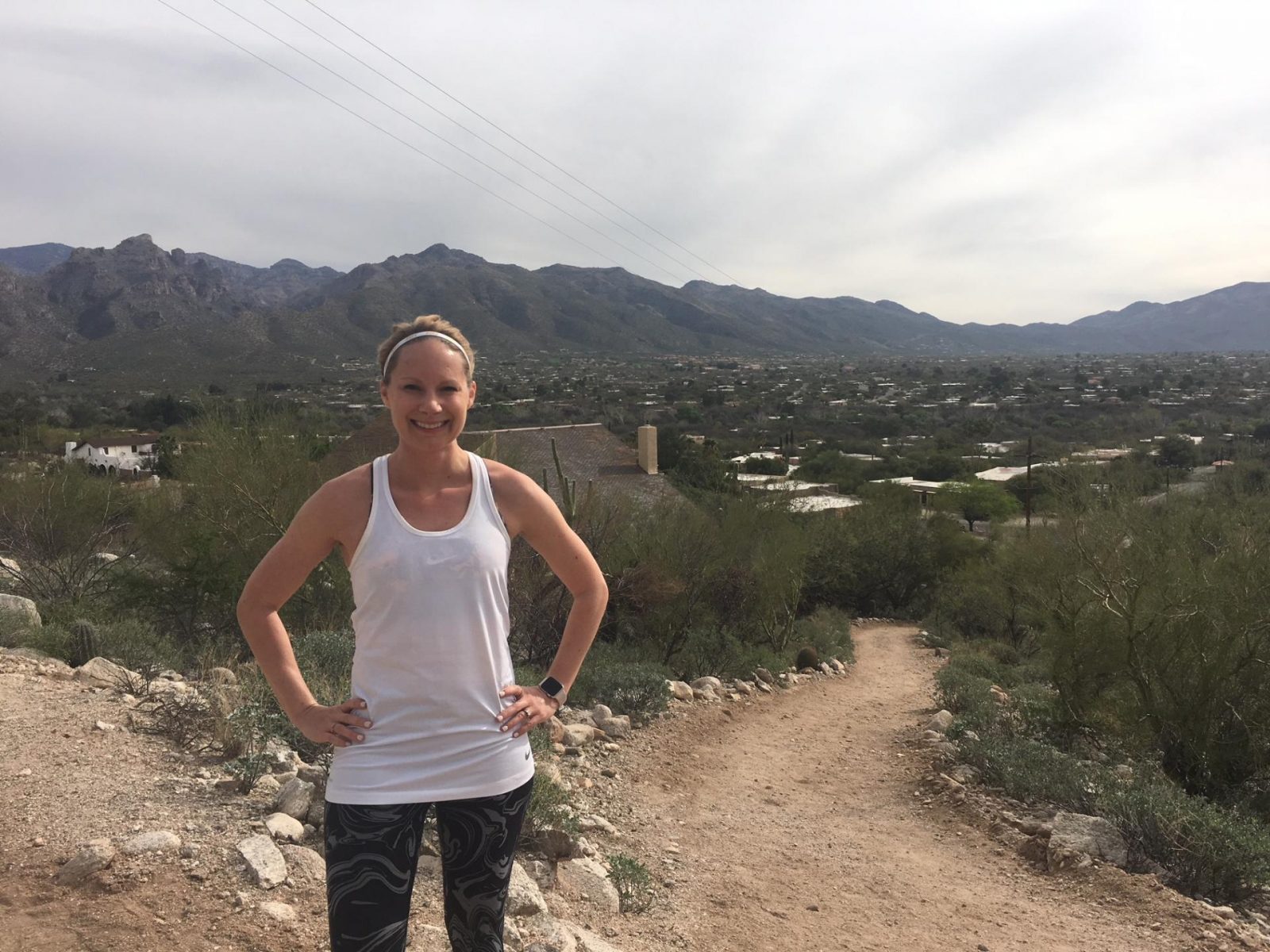 My brother-in-law’s fiancé joined me for a loop which was nice. It was good to have a running friend to chat to… and to potentially save me in case of snake bites. 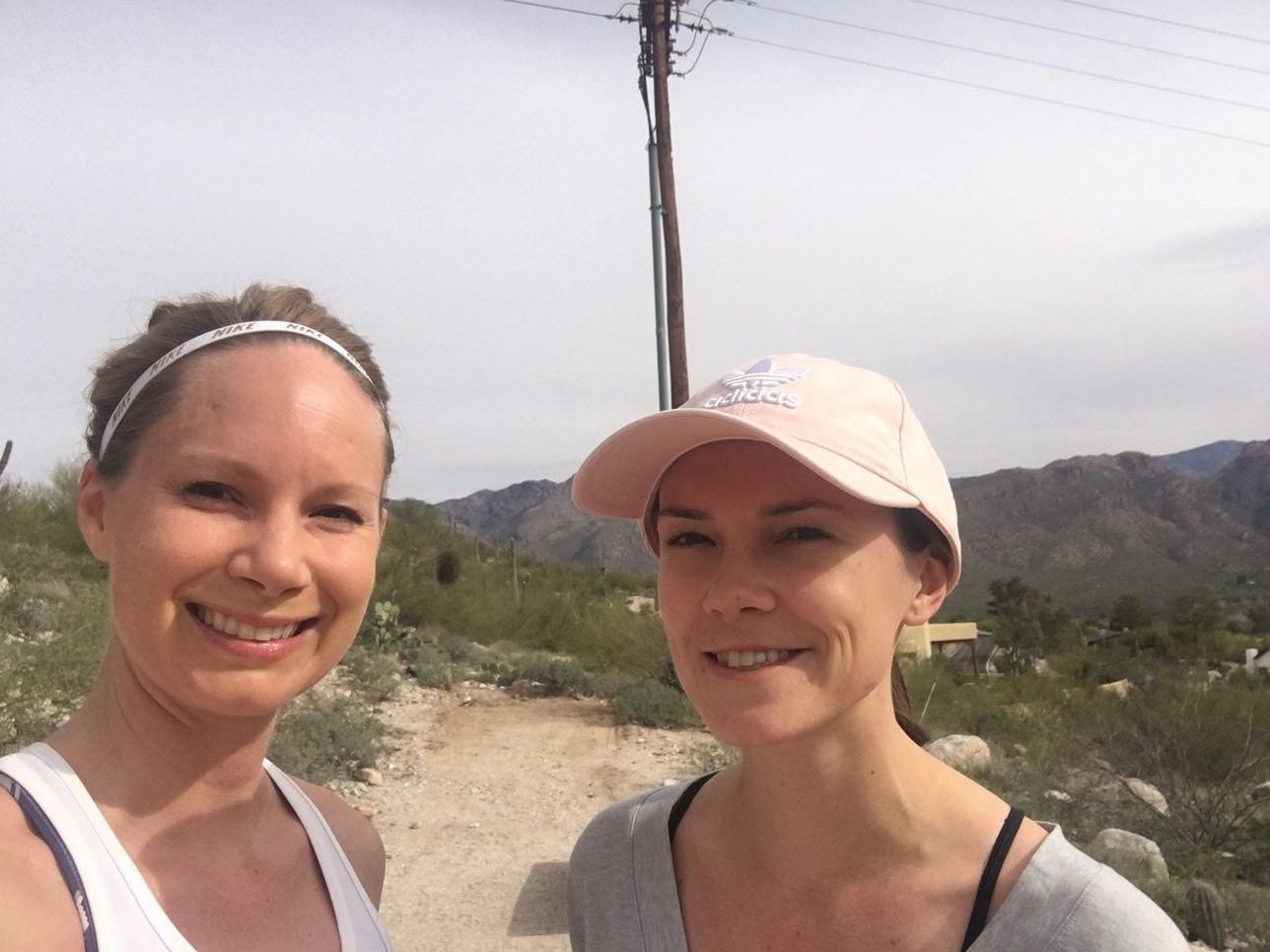 And as if that wasn’t a good enough test drive, that same day, I did a kettlebell workout and an intense HIIT-style class with my husband and his family called Team Warrior Challenge. The shoes were definitely put through their paces that day. No blisters. No hotspots. Just happy feet. 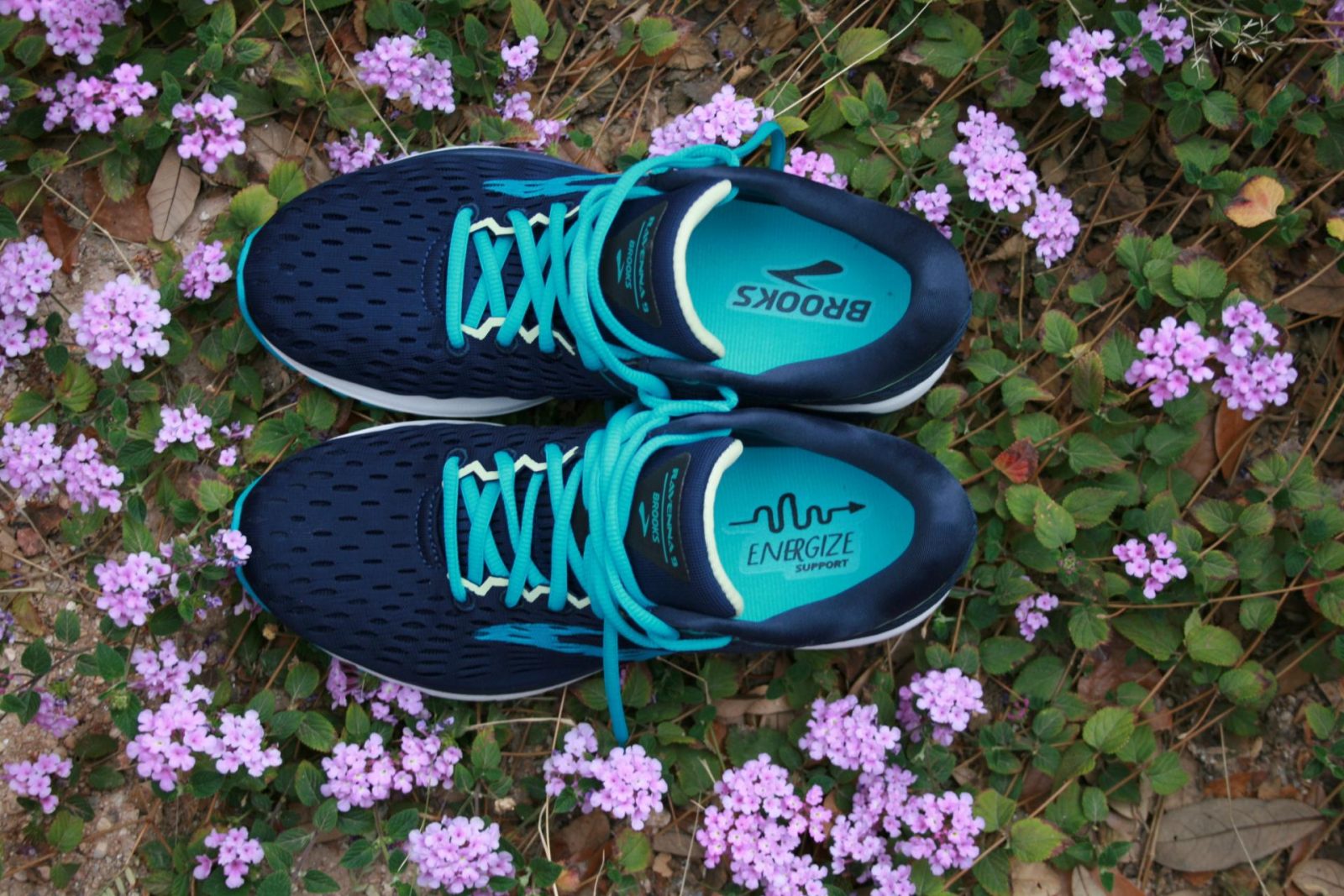 Since then, I’ve worn them for several more long runs. I like them much more for longer distances vs. Parkrun. I’ve got a half marathon coming up so I look forward to trying them out for the race! (More on that soon!)

What brand of shoe do you run in? Have you always worn the same brand, or do you switch it up?