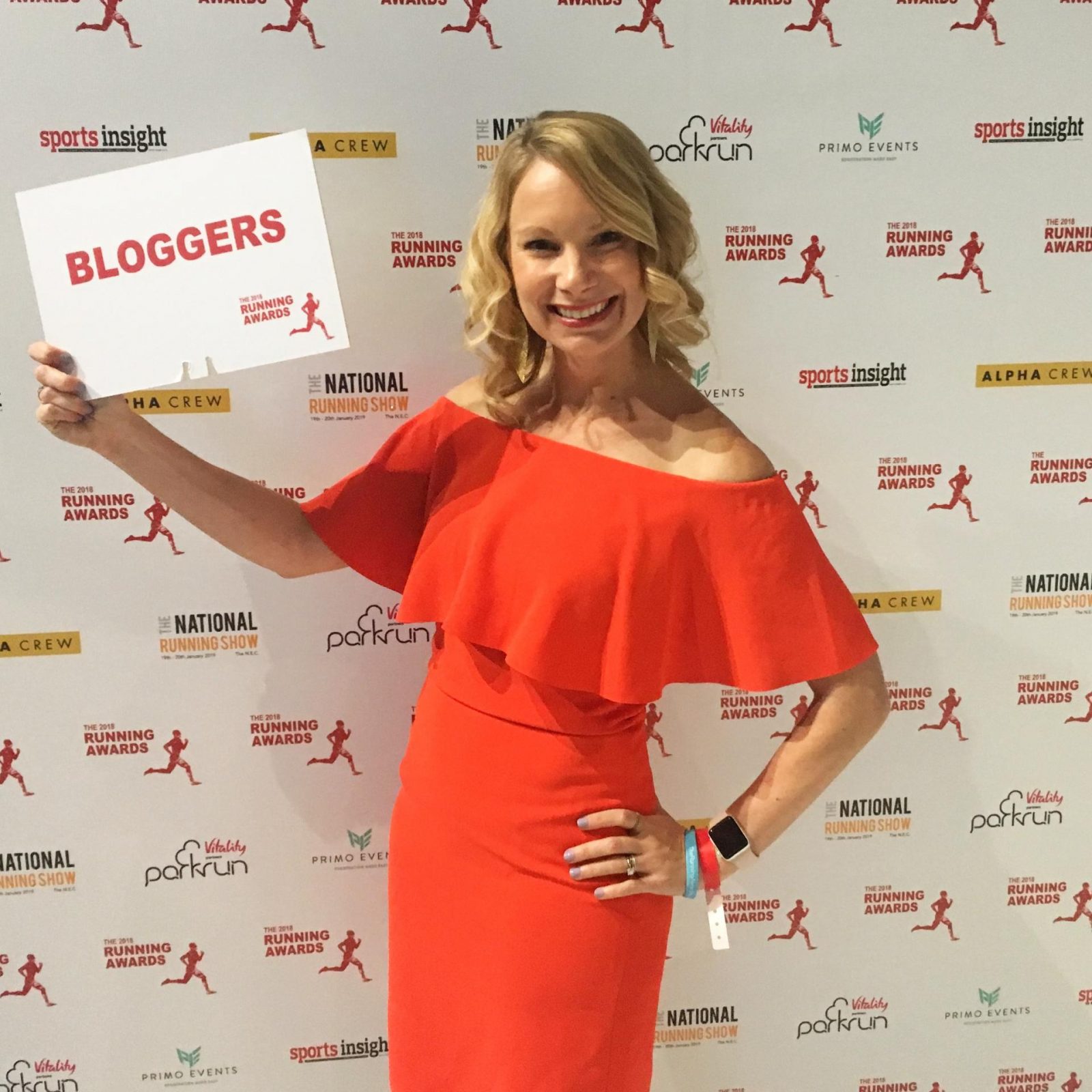 A rare running-related moment where I’m not in running kit (Not pictured: leopard print heels)

I wanted to say a big thank you to everyone who voted for me in the 2018 Running Awards. Your votes were enough to get me through to the top 12, but sadly, I was not one of the top three announced at this year’s event. However, with an original list of nearly 100 blogs, I am honoured to have been among the top 12, especially my blogging friends Richard, from Baze187 who won bronze, and James, from Morning Coffee Run who took gold. Paul who writes the blog Pick Up the Pace Paul, was the silver winner. 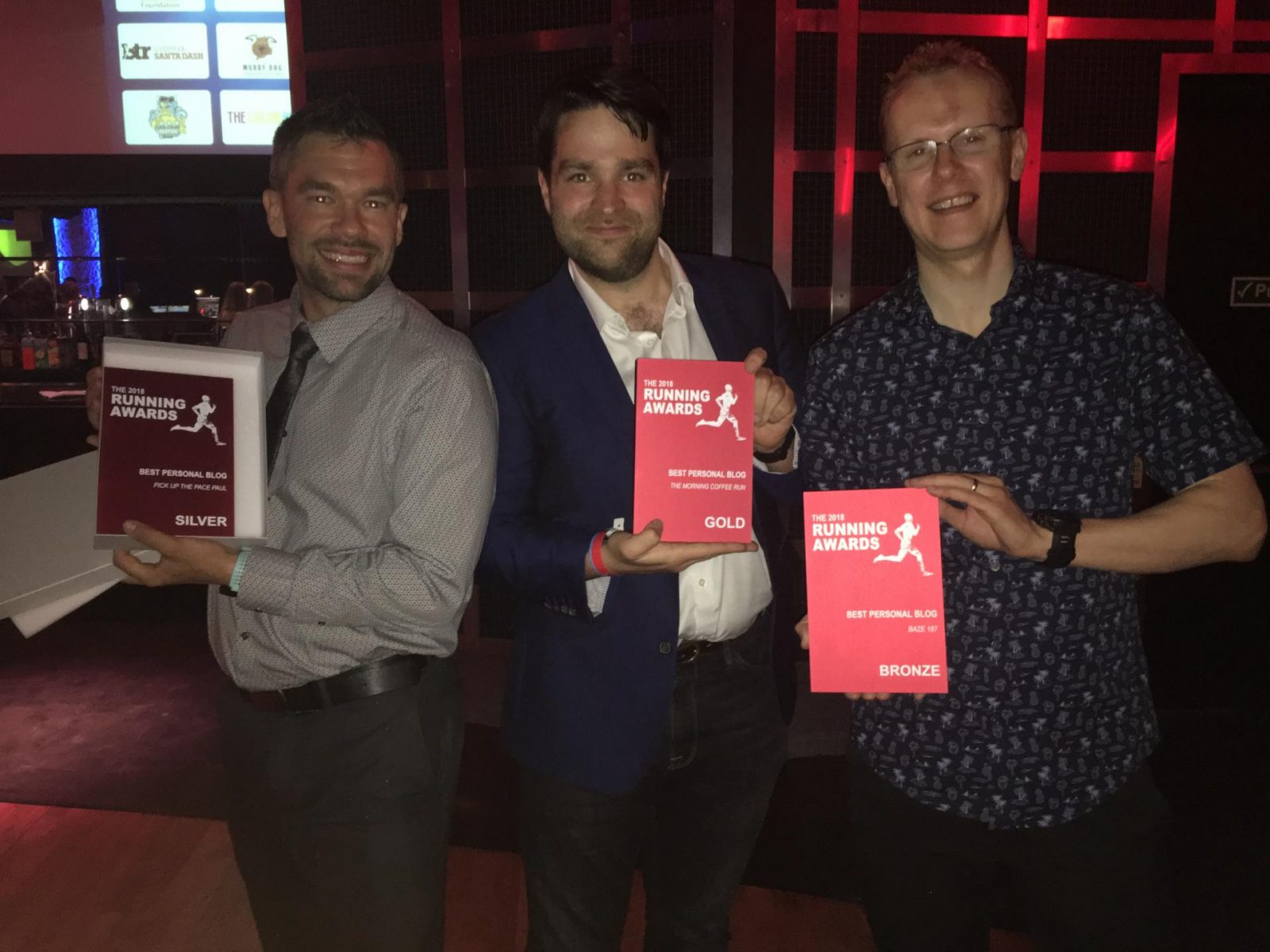 This was my second time at the Running Awards and it was bigger and better than last year. This year, all nominated bloggers were invited to a Blogger’s Forum where we got to hear from a variety of really interesting speakers including Dion Leonard, author of the book Finding Gobi and William Pullen, author of Run for Your Life (who will be featured in a future blog post! Stay tuned!)

After the talks, we were then taken to a lounge for some socialising and nibbles. It was really lovely to chat to the other bloggers and share stories about races and running. Even though several of us were up for the same award, there was nothing but support and genuine interest in each other’s efforts. If that alone was the whole evening, I would have been pleased.

Next, we were taken downstairs to see the awards. Everything from best race to best underwear and sock brand was announced and we had fun guessing who the winners might be. Big shout out to my personal fave, Runderwear, who won the best sock and underwear category! 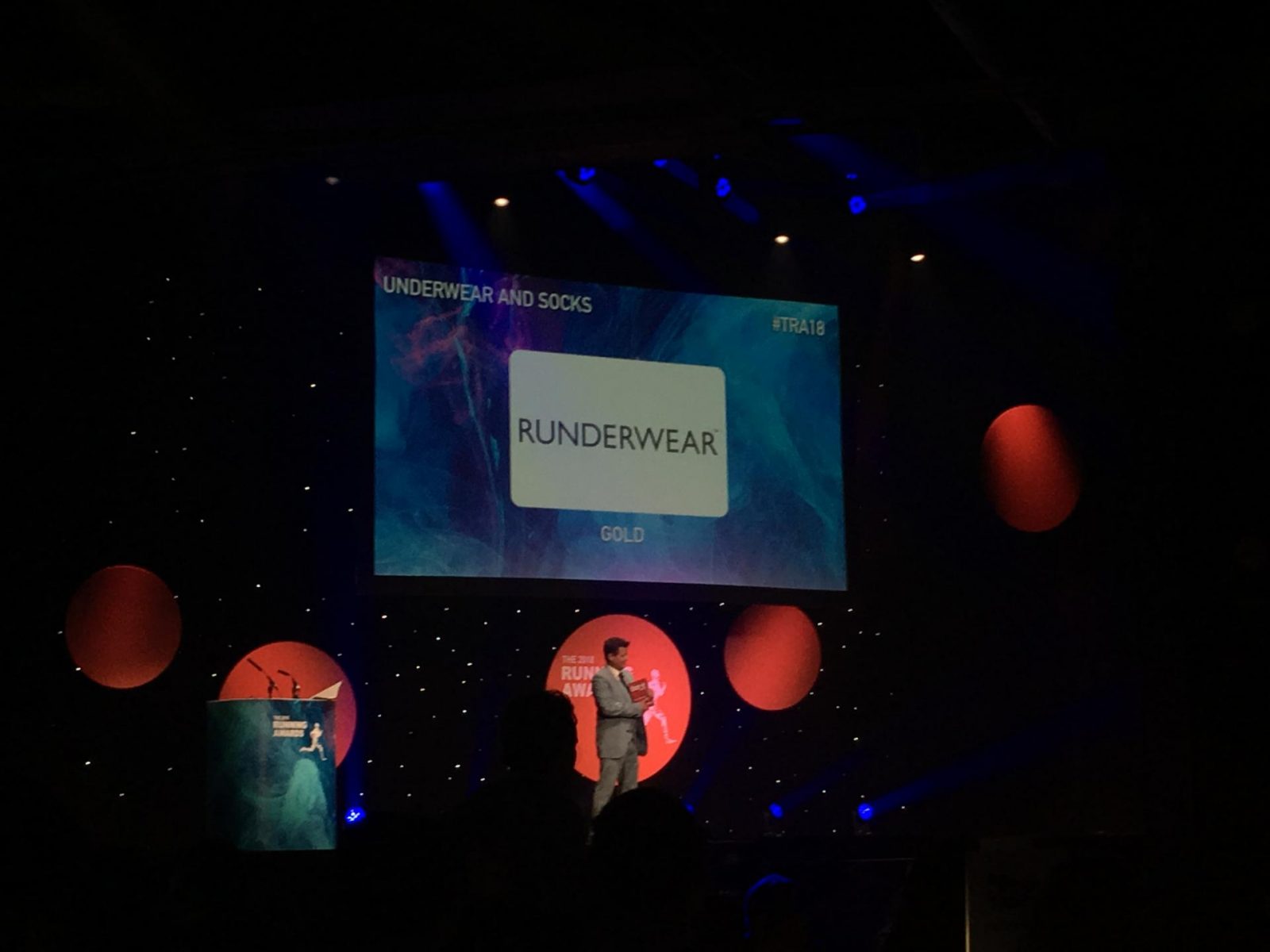 My blog enjoyed about 15 seconds of fame when it was displayed on the big screen. Sadly my logo is a bit small and sort of hard to read from the back. It’s the bottom right. Note to self: I may need to redesign that in future. 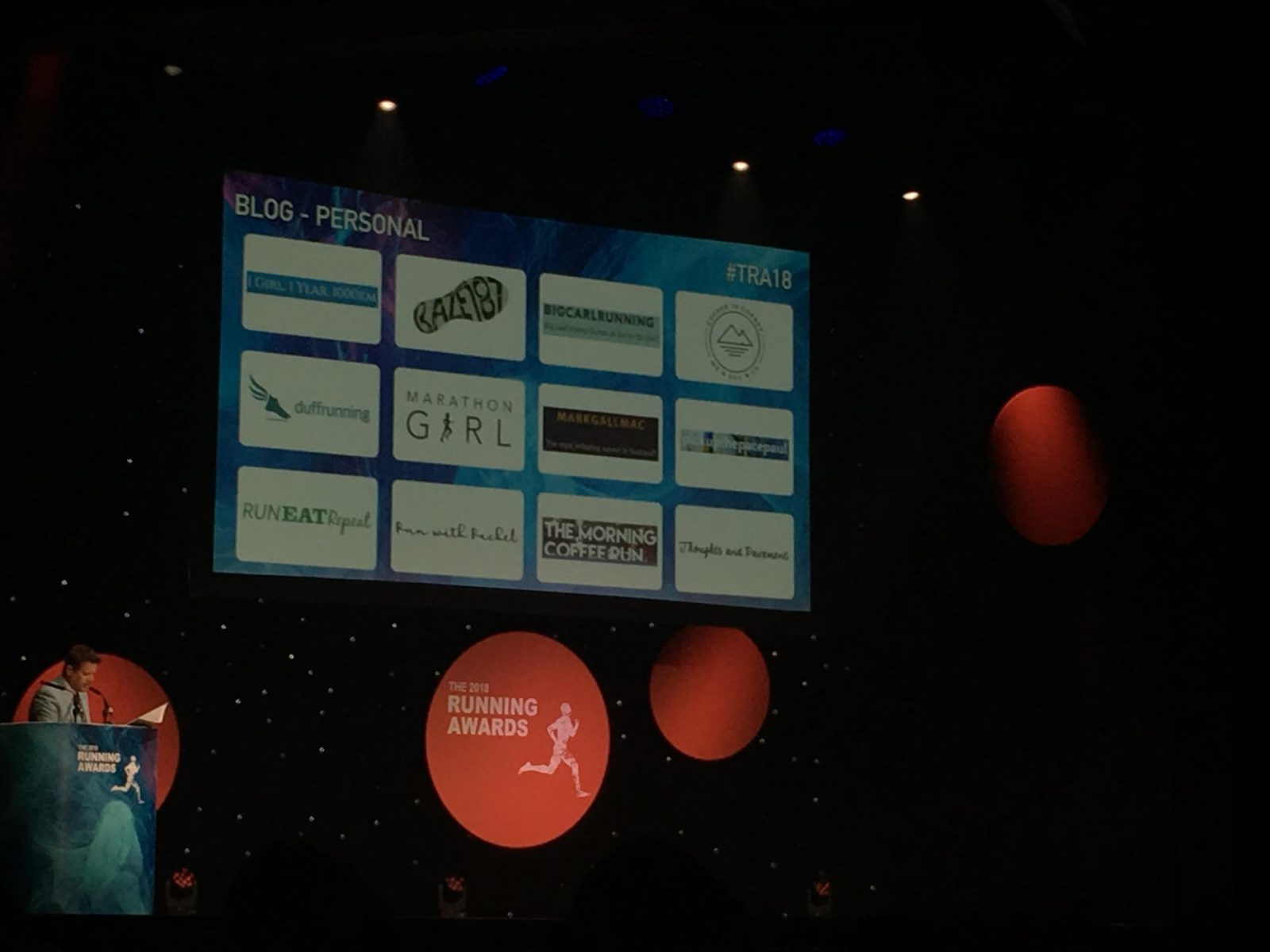 I sat with Richard, James and their partners and I was so delighted when their names were called! It was really nice to share in their victory. 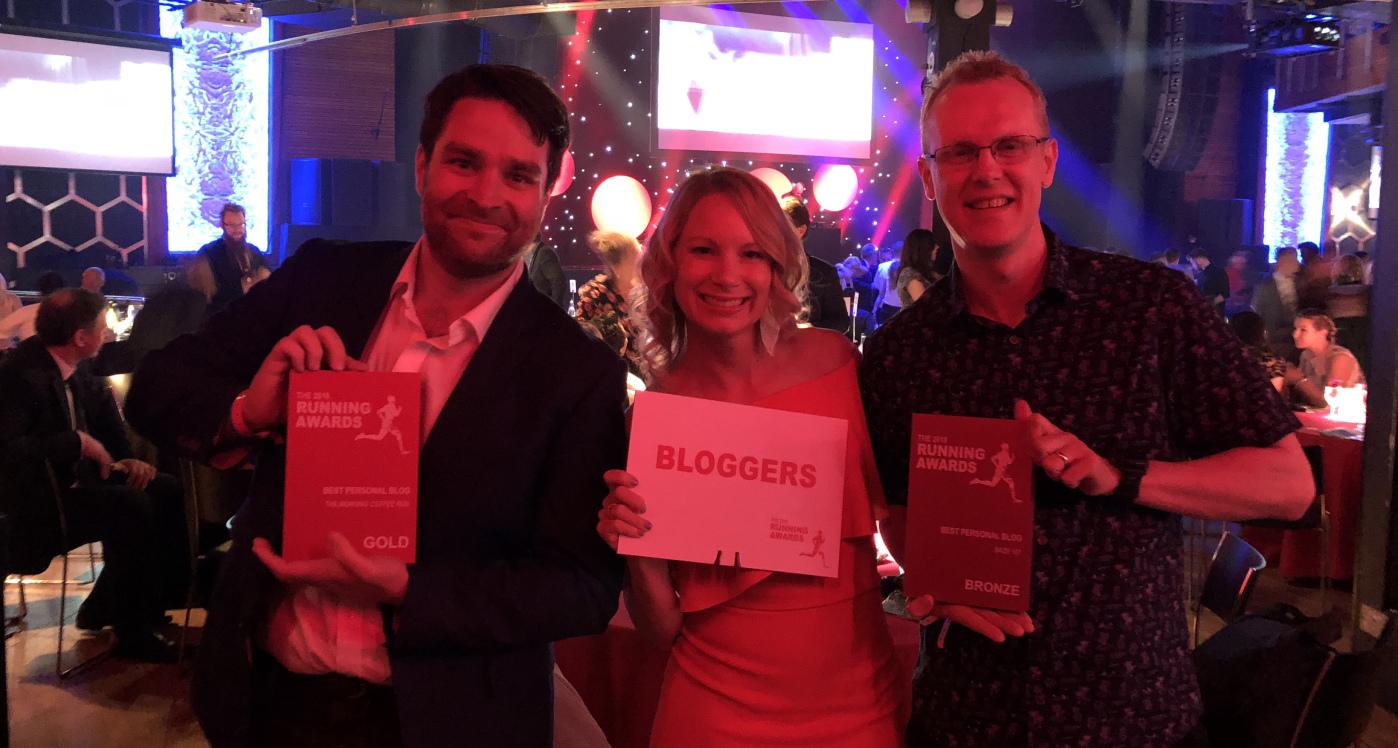 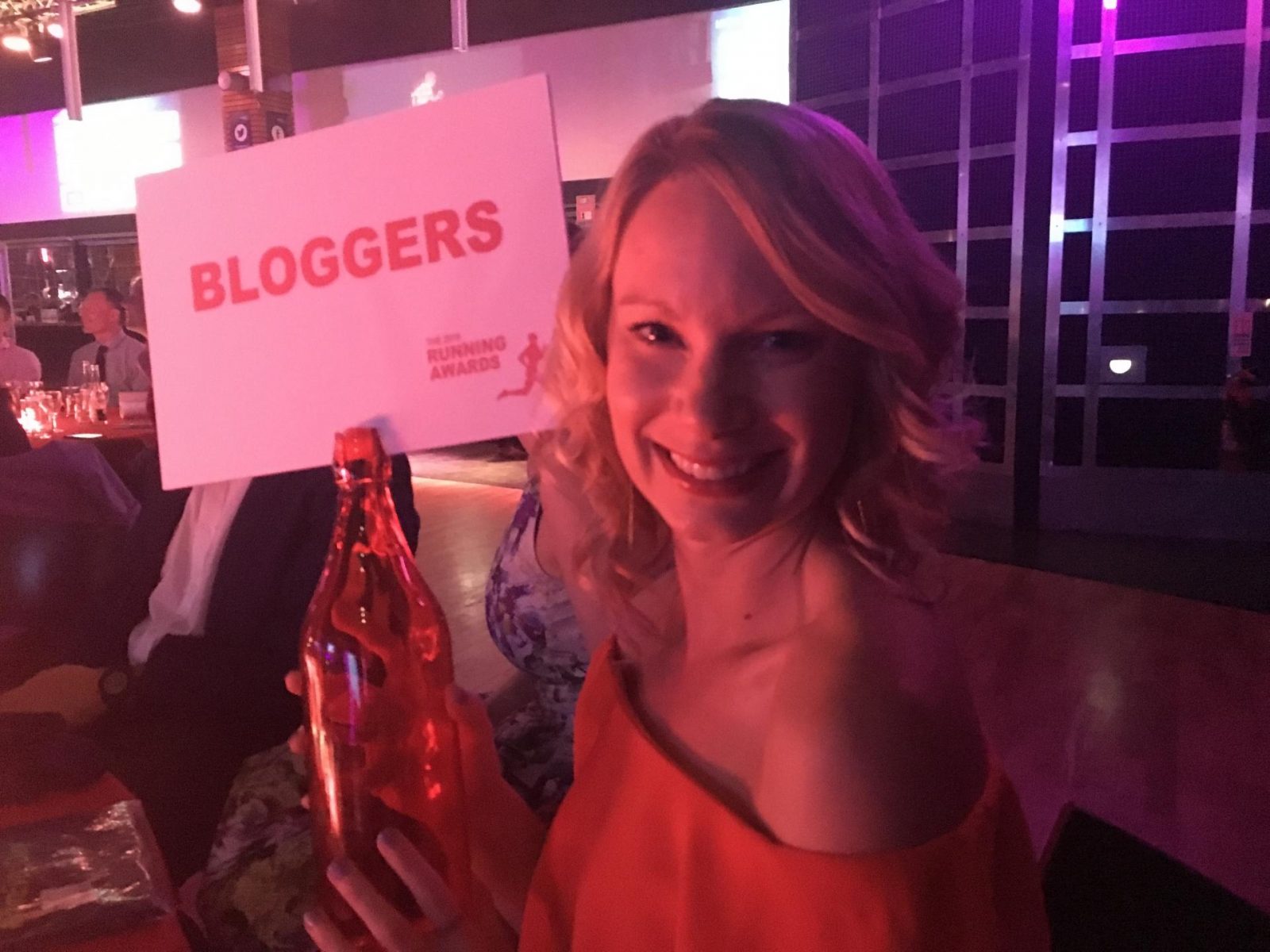 The awards portion of the evening didn’t even start until 10pm so by the time it was over, it was WAY past my bedtime. However, it was well worth making the trek to O2. Not only did I walk away with a fabulous goody bag, I got to spend some quality time with some wonderful, like-minded runners and bloggers, and enjoy my second brush with blogging fame. 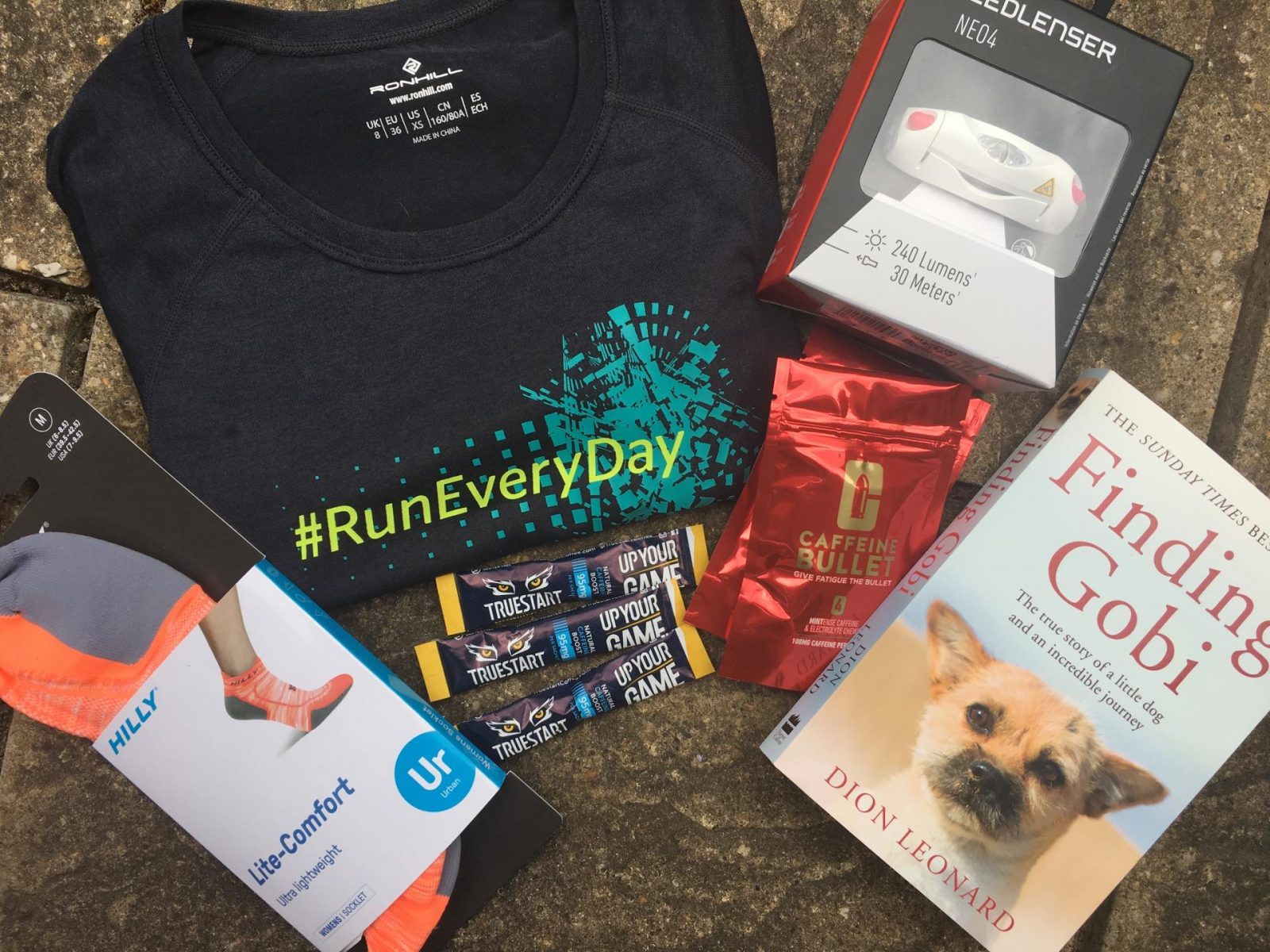 There was a lot of healthy snacks in the bag too, but I ate them all before I took this pic!

I would be lying if I said I wasn’t disappointed that I didn’t place in the top three. But it was truly nice just to be there. I don’t know where I ultimately placed (somewhere between 4th and 12th, I guess!) nor how many votes I accumulated, but I am confident it was more than last year. Thank you again to everyone who reads this blog and took the time to vote for me. It means a lot to me. Maybe 2019 will be my year.