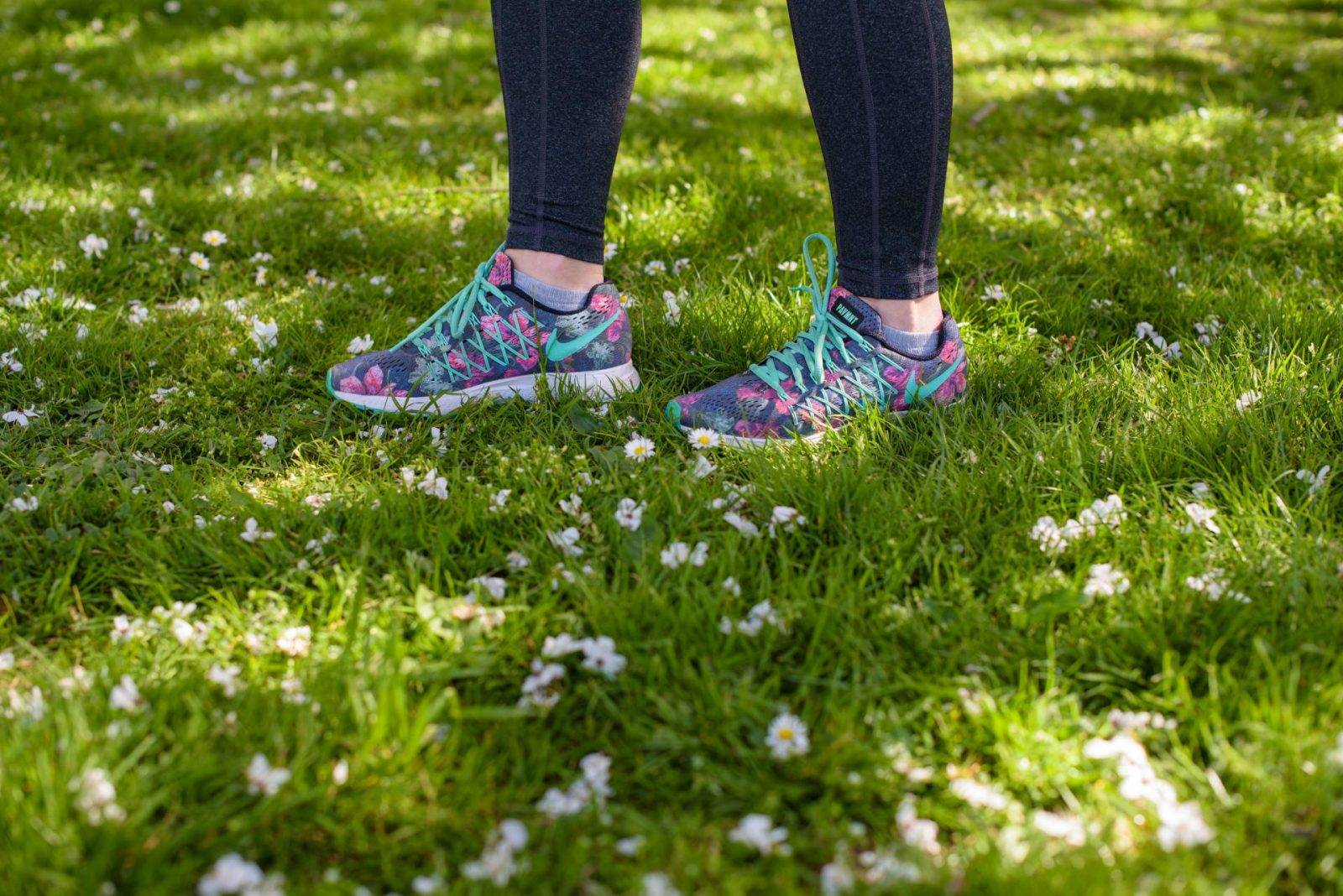 For the last several months, I haven’t been running that much. My left foot has been in near constant pain and I’ve been avoiding seeking a medical professional’s opinion. Instead, I tried buying and wearing more “sensible” shoes, along with rest and slippers. I also tried denial. It proved to be effective for a long time.

The truth is, I was afraid to see a doctor. I guess I implicitly knew what they would tell me.

You may remember a blog post I wrote several months ago where I mentioned that I had corrective surgery to remove a bunion on my left foot when I was 17. A bunion is a bony, lumpy deformity of the joint at the base of the big toe. As it turns out, that surgery, never actually corrected the problem.

The new diagnosis is:

A left-sided hallux valgus deformity which has caused an erythema.

Or, in plain English, a bunion, that is swollen and red and hurts like hell basically all the time. Oh, and just to add insult to injury, I also have Raynaud’s syndrome which causes my toes to feel numb and cold in response to cold temperatures or stress. Awesome.

The treatment? An osteotomy to realign the first metatarsal and proximal phalanx. Translation: bunion surgery. Again. This involves six to eight weeks of recovery, with no running for at least eight weeks. 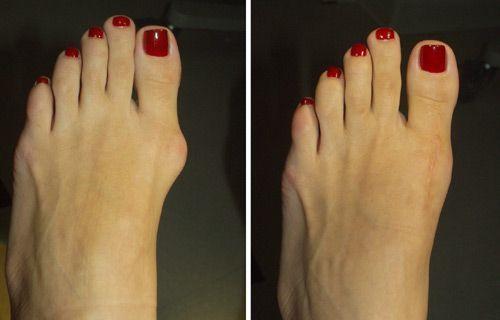 The left image is a bunion. The right image is after surgery. These are not my feet by the way. I didn’t want to scare anyone!

To say I am devastated is an understatement. I was hoping for non-invasive options. Maybe some drugs or some sort of padded sock. I was even willing to swallow my pride and entertain some orthopedic footwear. But it looks like the only option for long term correction is surgery.

Thinking about going through this surgery again makes me physically ill with anxiety. Reflecting back on that experience 17 years ago fills me with dread bordering on post-traumatic stress. It was, without question, the absolute worst thing I have ever gone through. I have this awful, vivid memory of laying in my bed, sobbing in agony, and begging my mom to bring me more drugs (which I could see across the room on my dresser, but could not physically move to get them). I was only allowed one pain killer every 4 hours. I didn’t get out of bed or shower for a week. My boyfriend at the time helped me wash my hair (That sounds like he was a nice guy. For the record, he sucked.) The entire experience caused me immense pain for weeks, and I remember the recovery being long and tedious, even for a resilient 17 year old. 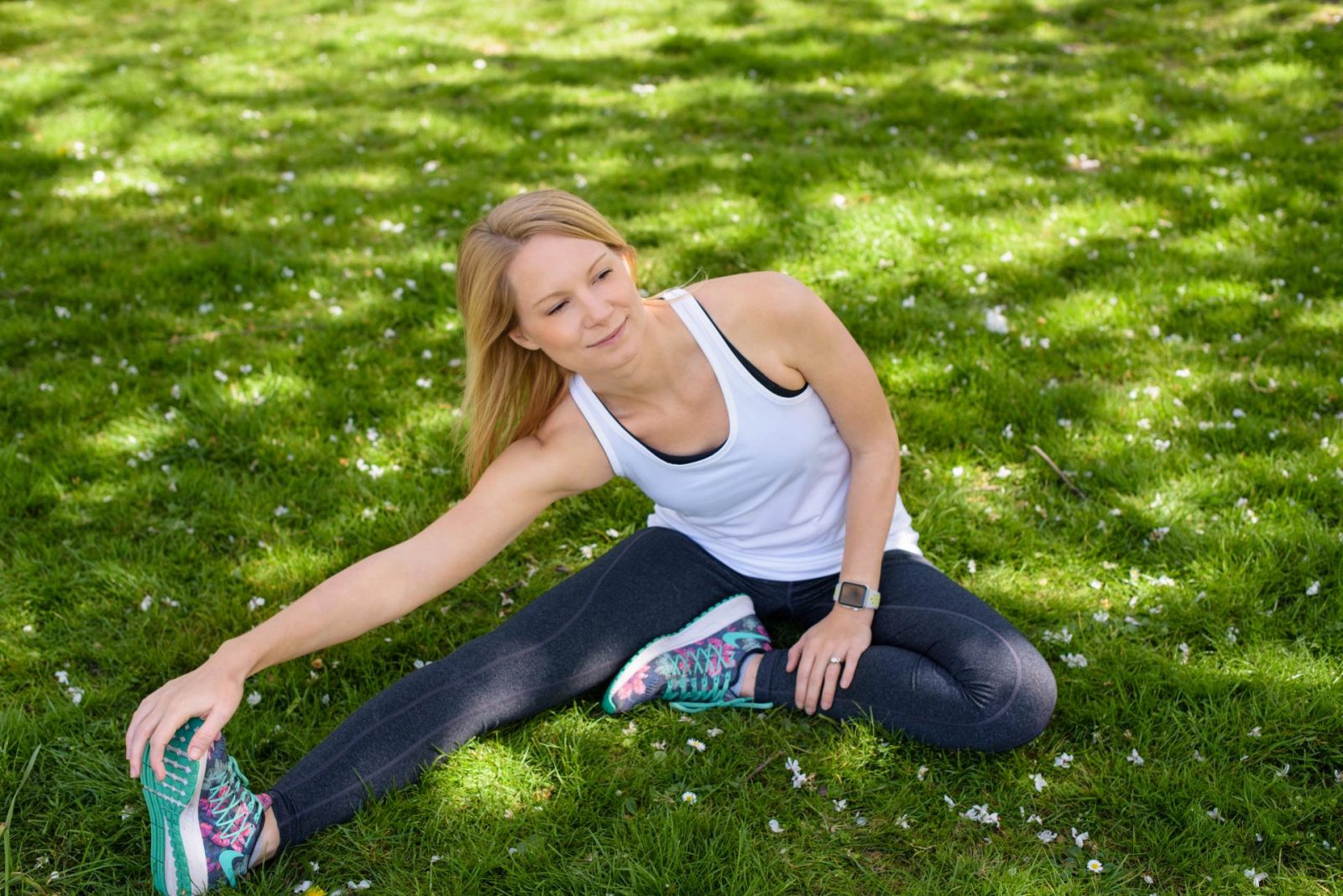 A pretty picture… because it makes me feel better.

That said, my doctor assures me that advances in this procedure since then have been significant. He even described my past operation as “barbaric.” Back in the day, the surgery involved chopping out a pie-shaped piece of bone and pinning the toe straight. My foot was then in a large cast up to my knee for 8 weeks, followed by a trip back to the hospital where they ripped out the metal rod in my toe… through the skin!

Now, the procedure is done through smaller incisions, and involves using titanium screws to reposition the toe. The screws stay in forever (hello, bionic toe!) and there’s no cast.

The entire thing still involves a fair amount of laying around with my foot elevated. It will mean weeks of working from home, limited movement and no exercise. For someone whose entire life centres around movement, this is going to be a challenge. 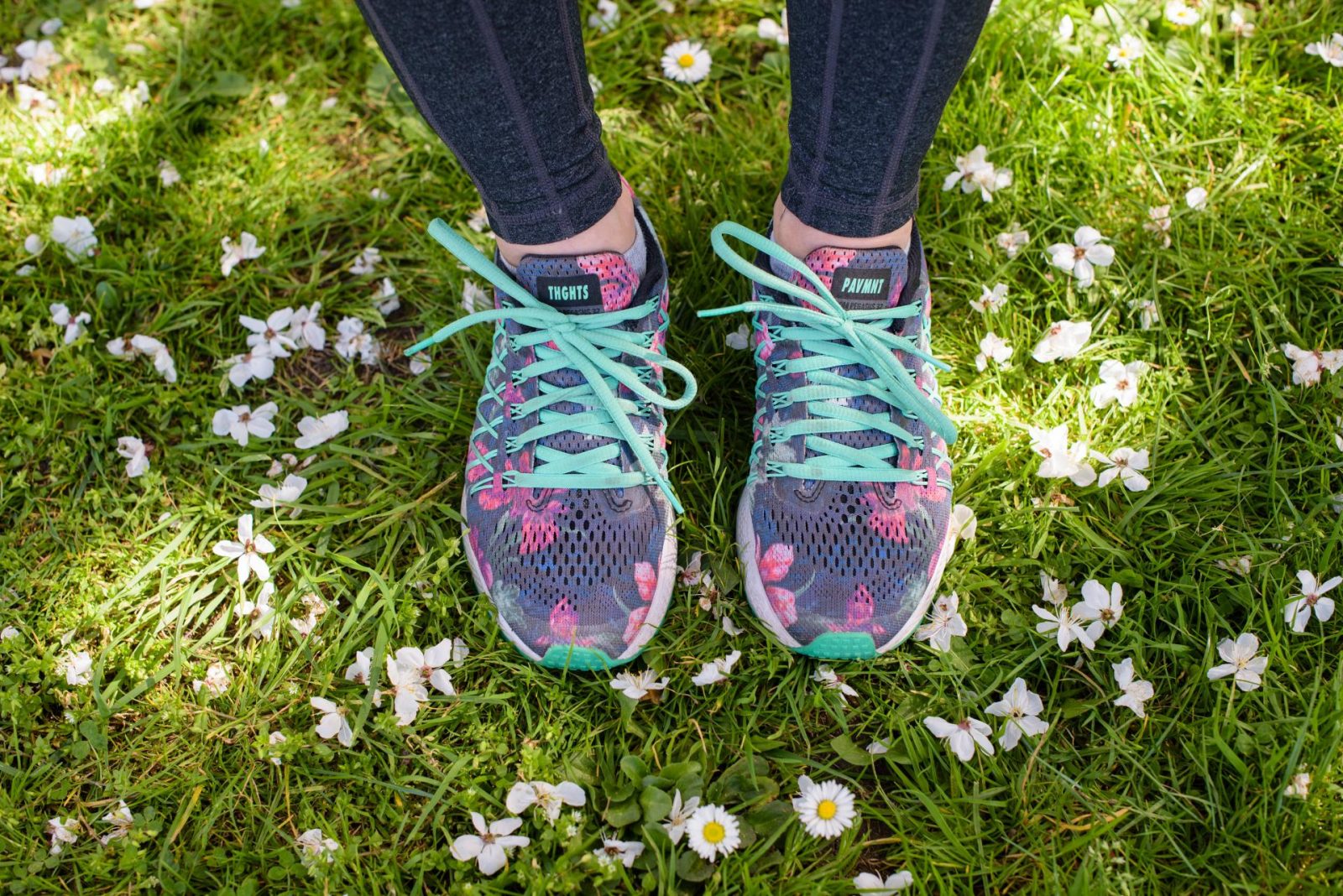 Wouldn’t it be nice if all feet were happy feet?

Like anyone about to undergo a significant surgery, I turned to my friend Google for reassurance. I discovered that Paula Radcliffe, the women’s world record holder for the marathon, had bunion surgery in 2010. Within 6 months after the surgery, she won the New York City half marathon. So, that’s encouraging. I also found a variety of upper body and chair-based workouts on YouTube for people who have broken ankles or legs, and a few reassuring articles saying my recovery might not be as horrific as I remember. I even found a company that makes legitimately nice footwear for women with bunions both pre and post-operation to hide the scar.

I have a long list of worries but I’m desperately trying to stay positive and look at the long-term value of this. With the new surgery, my doctor tells me there is a 2-3% chance of reoccurrence, so this is very likely a long-term fix.

I have not yet booked a date for the surgery, but it will be in the coming months. No doubt, I will continue to fluctuate between floods of tears and visions of my comeback race later this year.

In the meantime, please send hugs.