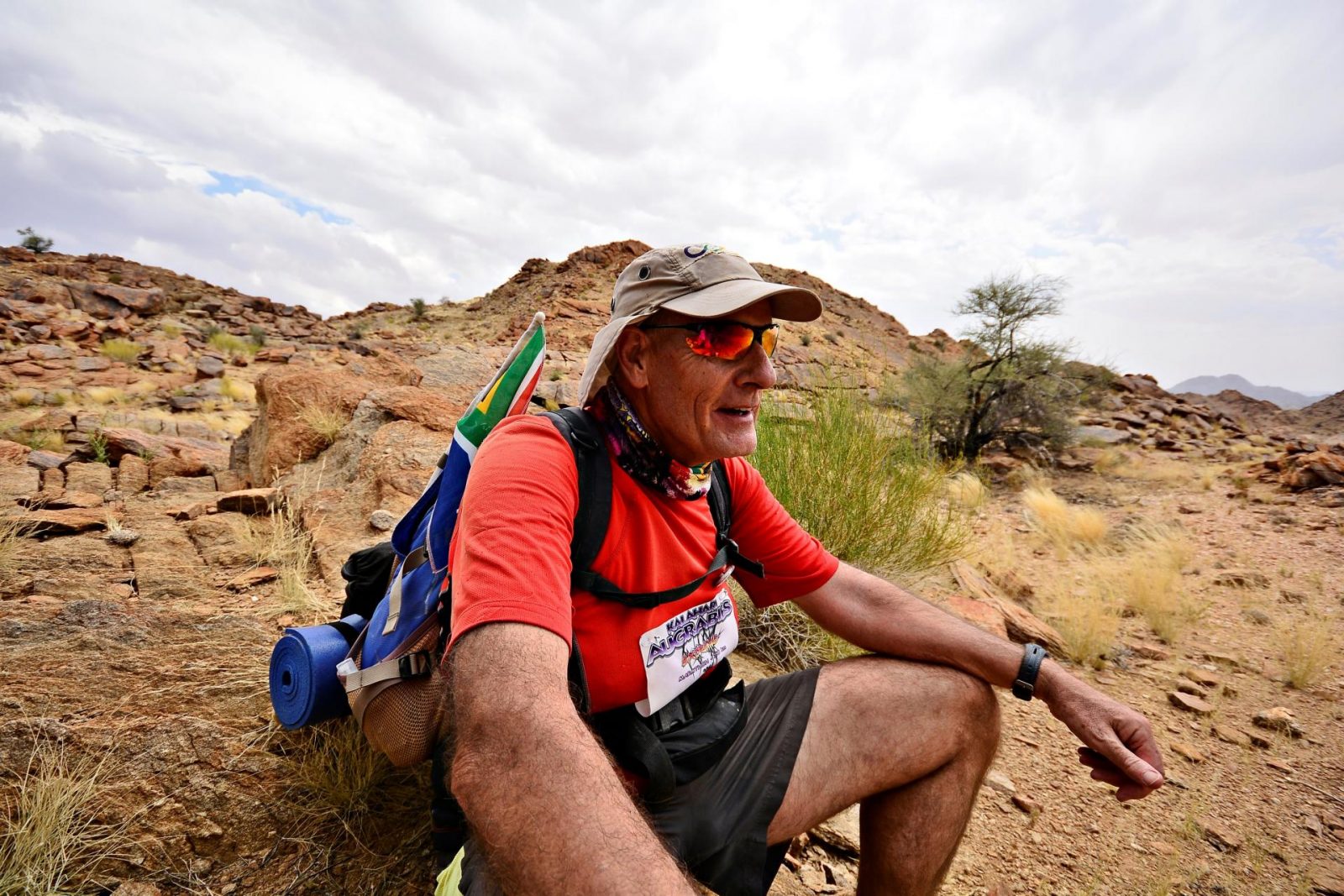 I met Edward during the Shine Walk last year. He arrived to an overnight marathon walk having done the Tough Mudder that afternoon! Amazed, and a little intimidated, I knew he would have some interesting stories to tell. As we walked and talked, I was amazed by his adventures and his overall perspective on life and running. We talked for hours and have been friends ever since. Edward and I caught up recently at the National Running Show and he very kindly agreed to participate in this series. Here are five questions with Edward Chapman, aka Trailrunningman.

Well, I think the first thing to say is that all of my purchases are under £100. I never go for techy stuff. I think the thing that’s most impacted my running has been a filter for my water bottle, which filters any water, except sea water. I can go anywhere and run forever, with just one bottle, so it’s freed me up. The filter is called Pure Hydration. I’ve used it in Scotland, on Dartmoor, and on the Coastal Path. As long as you know you’re going to come across some water, it’s perfect. You can even get water out of a muddy puddle full of sheep poo! I have never had any illnesses or issues with it. The product has been tested by various hospitals and it works.

I have started going to yoga classes. Although, I go to yoga classes for old people because I’m not very flexible. I thought it would help, and it has. Yoga has helped me in two ways: for one, it has really improved my breathing. The other benefit is that I am more fluid. I used to go to classes once a week, but now I do videos and I have some pictures of poses that I follow at home. One of the best trail runners in the world, Anna Frost, does an hour of yoga every day. 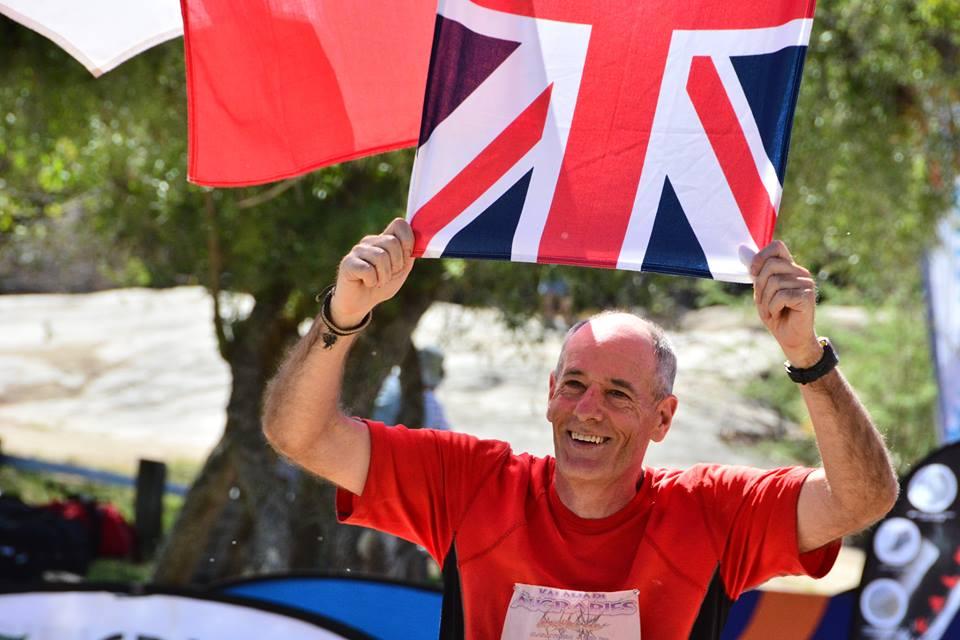 I try to focus on how lucky I am. Perhaps the easiest way to illustrate that is to give you an example. When I was doing the Kalahari extreme marathon one year, I was slogging up a long, sandy river bed. I was really hot and really miserable, and none of the techniques I usually use were working. And then suddenly I remembered – someone once told me that you should never eat polar bear’s livers because they are highly poisonous. And I though to myself: I am the furthest away from eating a polar bear liver as I’m ever going to get. That really cheered me up, and I trucked up the river bed, chuckling to myself because I was really happy and really lucky. That might sound weird but if you stop and analyse it, I was thinking about a cold environment. It’s very easy to imagine a polar bear on an ice floe.  You’re not thinking about the hot environment you’re in at the moment. Its things like this that really work. It’s about finding something that you can concentrate on that’s nothing like where you are now.

The overall principle is to try and think of something that’s going to distract you and is easy to visualise. I think sometimes, when you’re in a normal race, and you’re under performing, you just concentrate on what you’re doing – your breathing, your stride – and just really be in the moment. That works. But when you’re in extreme environments, you’ve got to think about somewhere that’s not where you are. 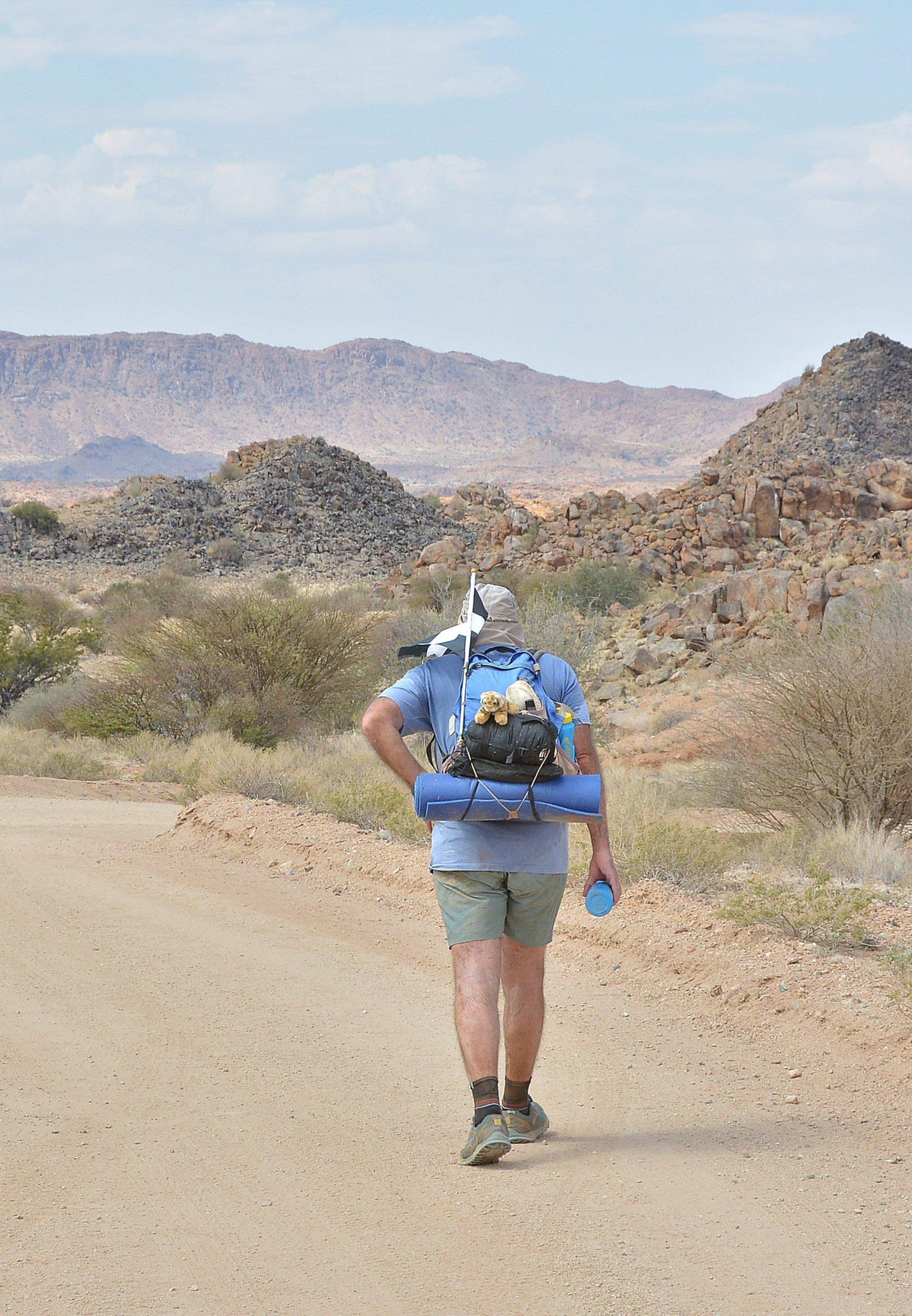 I don’t think I do anything unusual. I don’t have any particular habits or rituals. But I think the one thing that is unusual is that before any long run, even a training run, I get nervous. Even if it’s me deciding that I’m going to go on a 20 mile run on the Coastal Path, I get nervous. I guess it’s because I’m thinking that it’s going to be tough. I think it’s a good thing because it gets you psyched up, but it is odd that even if it’s a training run, I get just as nervous as if I’m standing at the start line of a race! 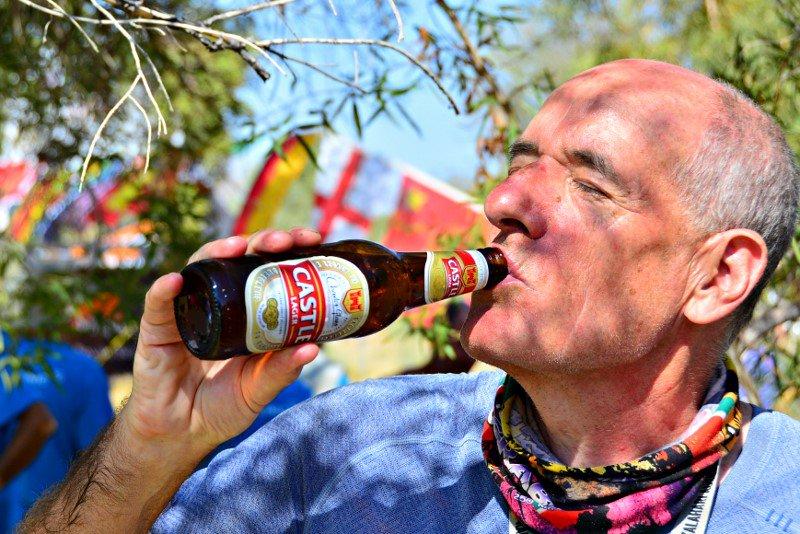 That’s easy. It was during the 6633 Ultra in the Arctic. I got pulled out with frostbite. That happened because of a mixture of inexperience and a small bit of bad luck. You shouldn’t really sweat in a race like this because it freezes and causes trouble. I started sweating going up a steep hill pulling a sled. I realised that happened and slowed down, but then a very strong side wind came up and it was pressing the fabric of my trousers against my inner thigh. The sweat froze there and that was it.

It taught me two things. One, when it comes to extreme events, you’ve got to know what you’re doing. And two, I am never ever going back to the Arctic.

Did you enjoy this post? Maybe you would like to vote for me in The Running Awards? I’m on the shortlist and I’d love to make top 3! Voting only takes a second? Here’s how: