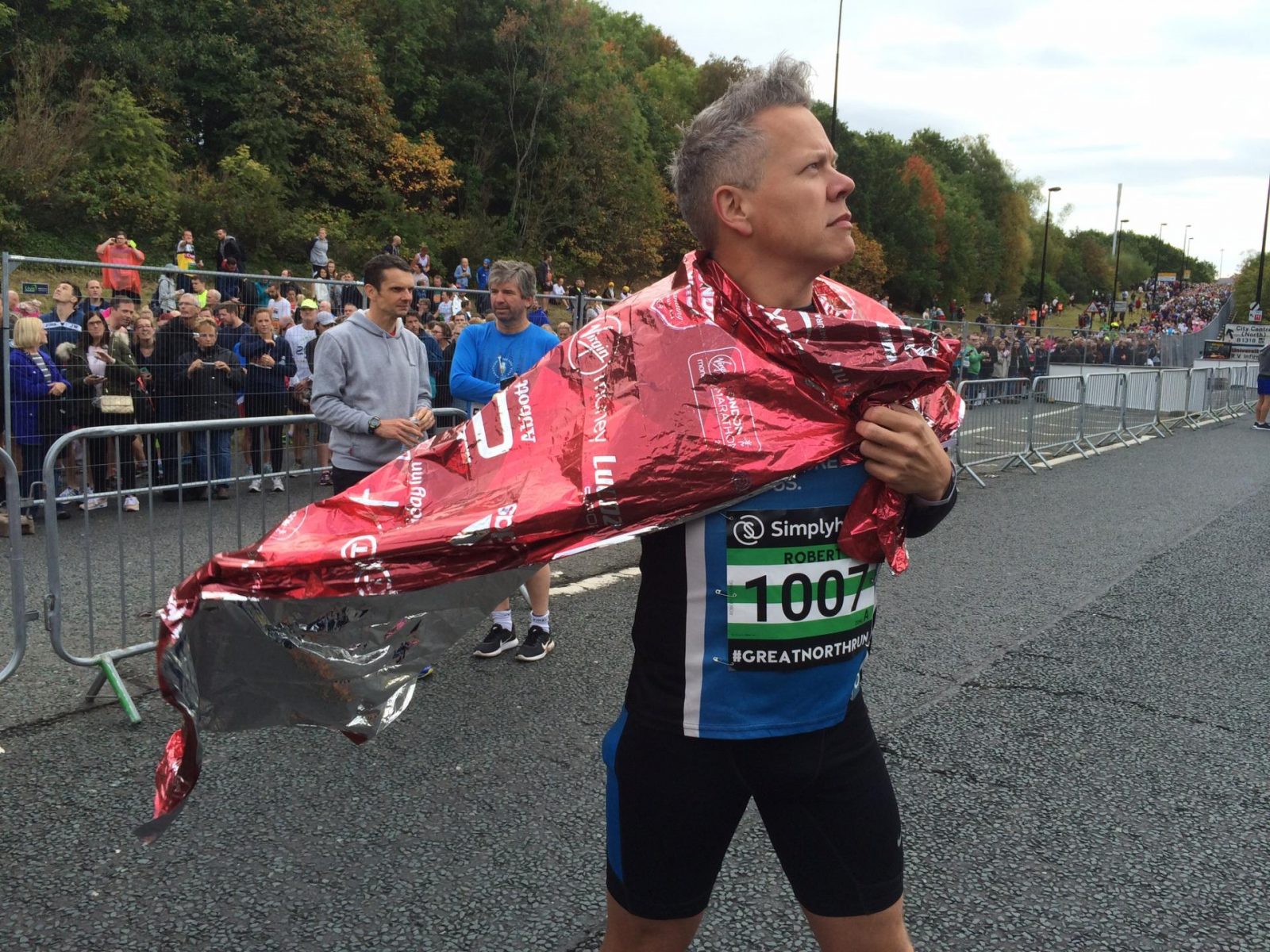 I first “met” Rob through a podcast called Running Commentary. I read about it in Runner’s World and it sounded great – two guys running and chatting about running. What’s not to like? Rob, a comedian, musician and writer along with his co-presenter Paul Tonkinson got me through some of my longest marathon training runs last year. Even though we’d never met, I felt like I knew him. Then I had the chance to actually meet Rob in person at last year’s Winchestival, a summer festival in Winchester, where he was one of the comedians performing. He’s really funny and a great runner and he very kindly agreed to answer these five questions for me…

Hmmm; Spotify Premium perhaps? When I started running I used my wife’s iPod Shuffle – a little clip-on thing that held a couple of hundred songs – and music and running were immediately, inextricably linked for me. I ran thousands of miles on that thing. Now I use Spotify – and with the premium package there aren’t any adverts, and you can download playlists. Got me round New York in the Autumn!

Paul (Tonkinson, my co-presenter on the Running Commentary Podcast) suggested running some way – 9-10 miles – to a parkrun. Then doing the parkrun, obviously! Makes for a really good, well-rounded Marathon training run – I swear by it now.

Another new habit I’ve adopted in the last three years is being vegan; don’t know if it’s improved my running, but I feel good on it. 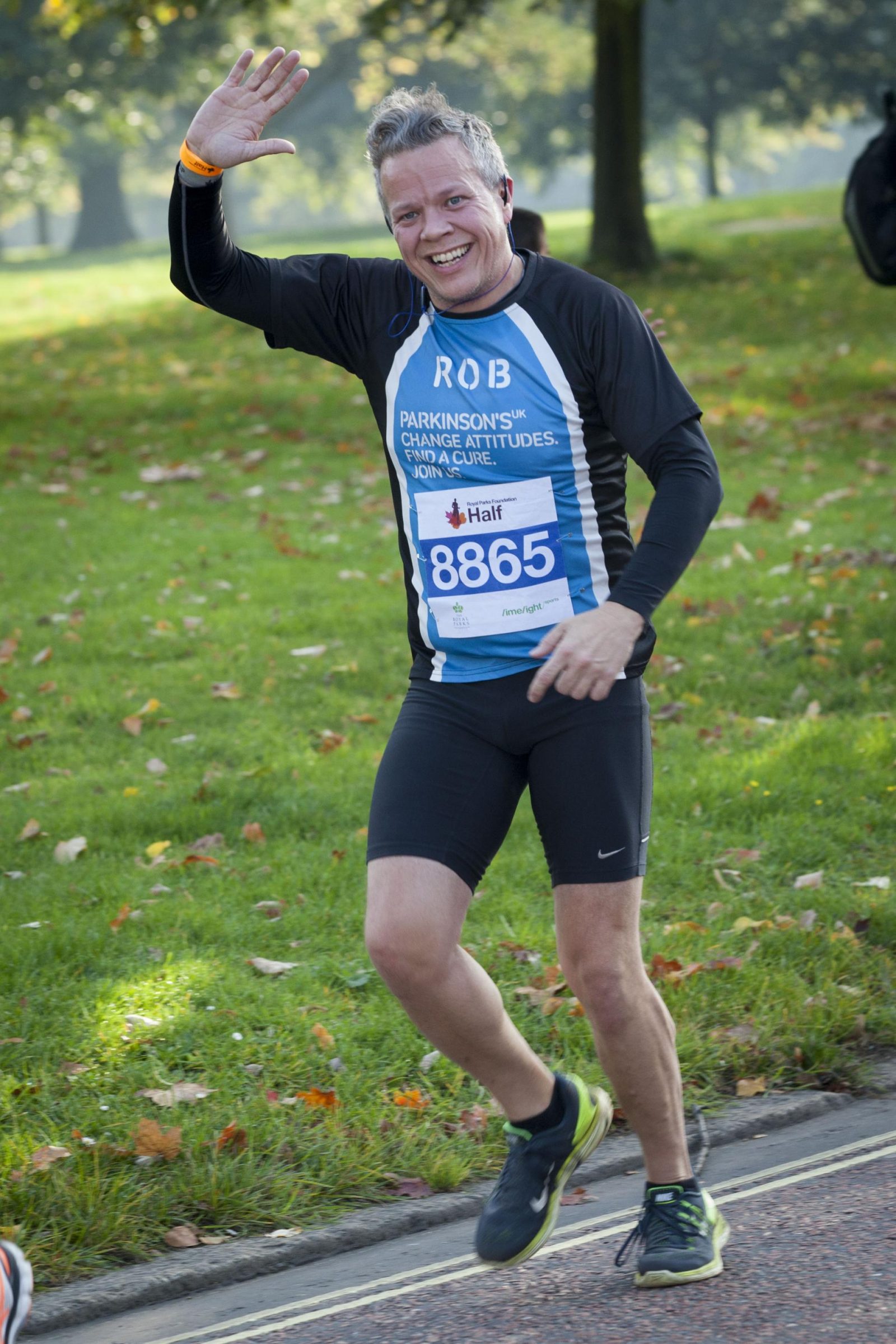 Ultimately, in that dark tunnel, you need something to crack through with the light from outside – something, anything external, to bring you out of yourself. A few years ago, at my lowest point on the York Marathon, a man on the back of a motorbike wanted to interview me; I was in a bad way, and I gave him the brush-off for ages, but he was persistent, so I relented, for a quick, desperate chat – and when we were done, my head was in a different, better place. Another example: I walked or shuffled in misery from about 22 miles in the last marathon I did – but when I saw a distance marker and an elapsed-time clock with not far to go, a voice in my head suddenly said ‘well I can run that far in that time’, and I went off like I’d just left my house, finishing at a pace unthinkable twenty minutes earlier.

So – short answer – I don’t know, because it has to be a surprise! 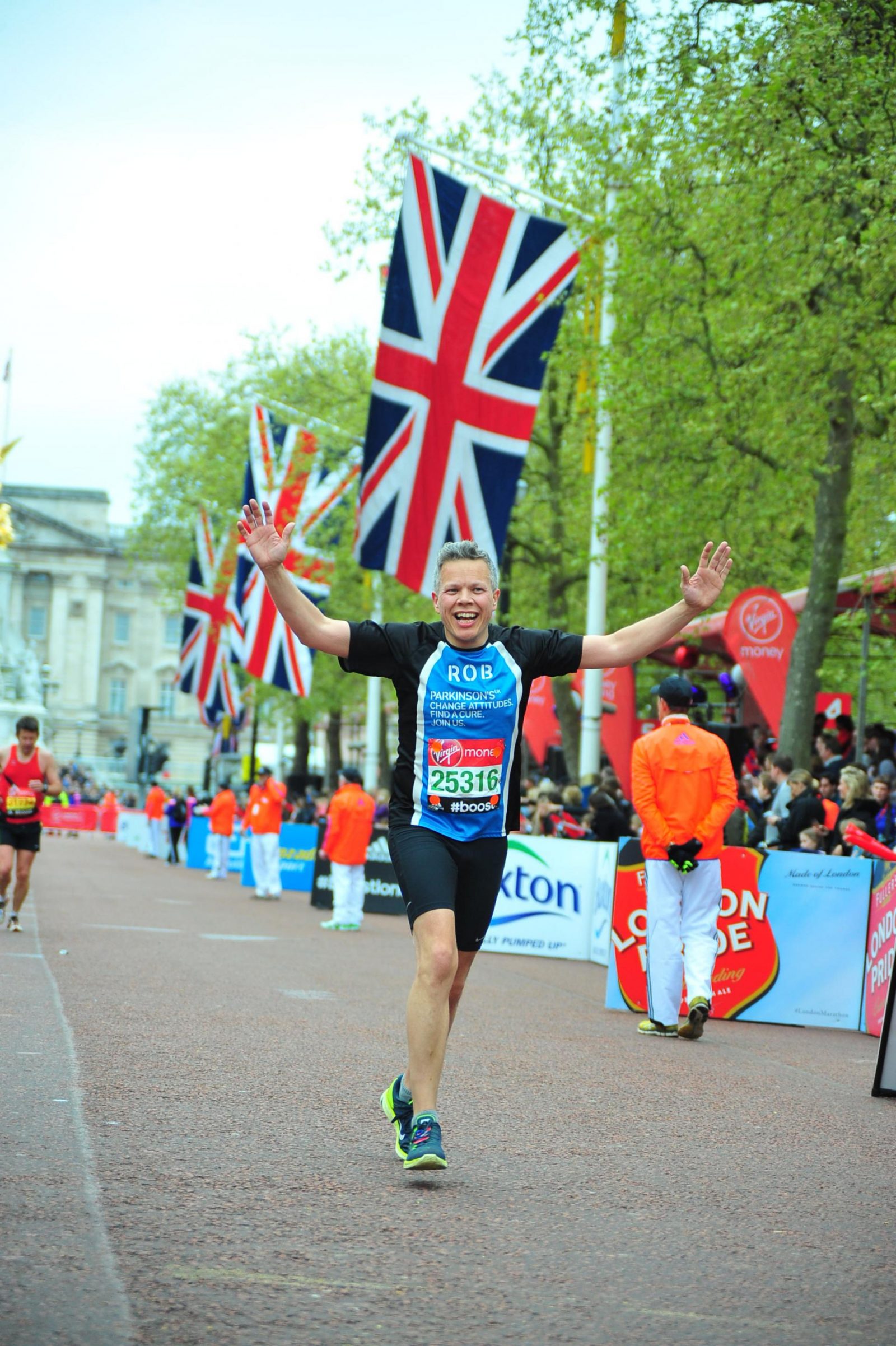 Apparently, the further I go, the more I smile, so by the last few miles of a marathon I’m positively grinning. From my point of view it’s just a brave face on a grimace, but I’m told I’m a very smiley runner. That’s unusual, right?

My international marathons – Berlin and New York – were both an absolute bust as runs. New York was in November, so whether I can learn any lessons has yet to be ascertained, but I think both times I underestimated how tiring travel, excitement, being on your own, change – all these intangible things – can be. Before the London Marathon in April I will spend a week in my own house doing very very little – and we’ll see. 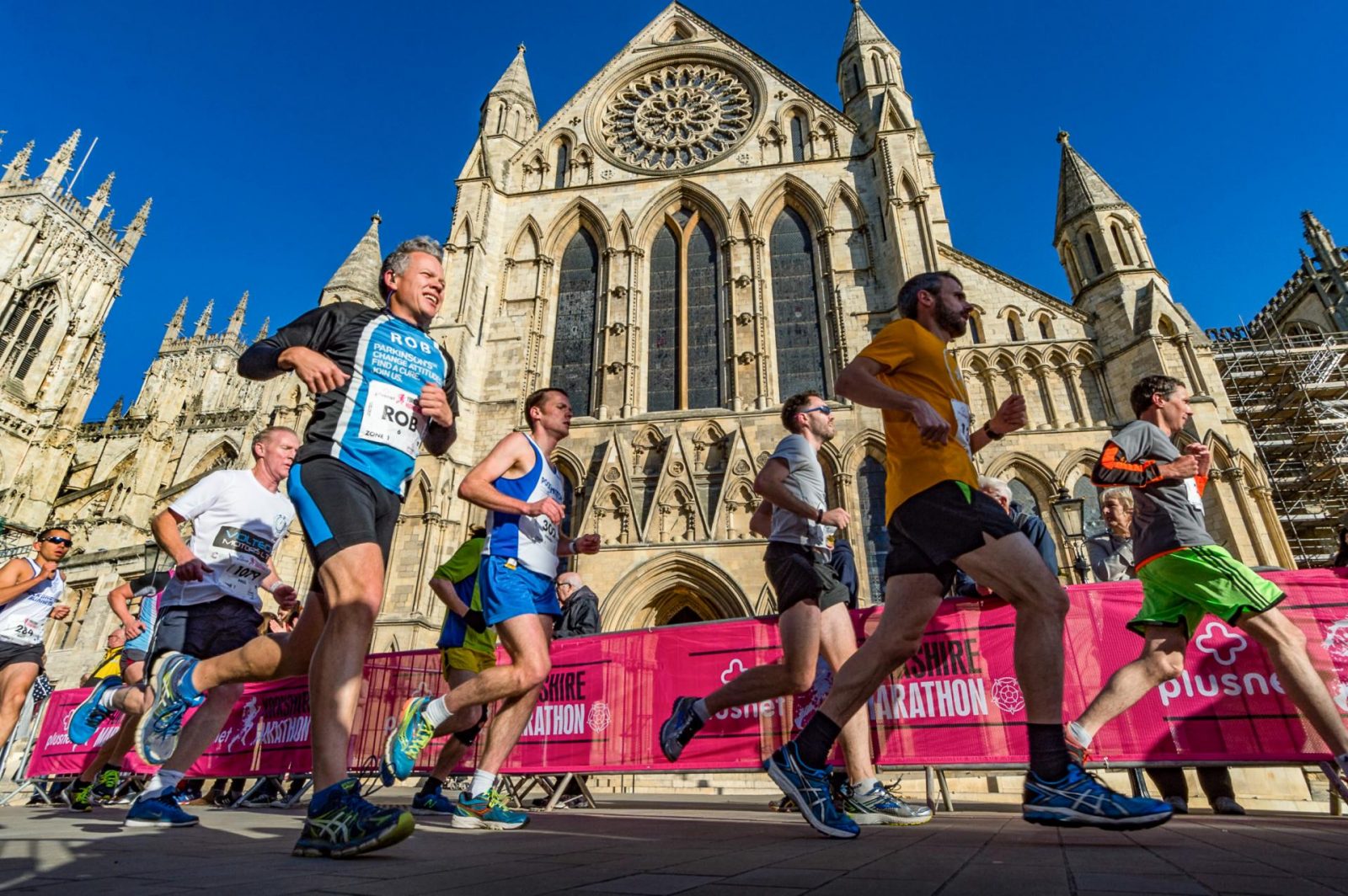 Rob will be running the London Marathon this year raising money for Parkinson’s UK. He would be very grateful if you could donate and help him reach his goal of raising £10k!