It feels like such a cliché to respond, “Busy!” whenever anyone asks you how you are, but that’s how I’ve been lately. Christmas is a distant memory now. 2018 is in full swing.

Here are a few updates on what I’ve been doing lately.

One of my 2018 goals was to give back. I wasted no time with my philanthropic pursuits, signing up to be a volunteer at my local Parkrun a few weeks ago. My job: finish token support. This basically means that I had to hand the finish tokens, in blocks of 50, to another volunteer to give to the runners as they crossed the line. I didn’t think my role was terribly important to start out, but with a record number attending the Highbury Fields Parkrun that day, my support was definitely needed! There was 367 runners that day! The event only has 400 finish tokens! We could barely keep up. 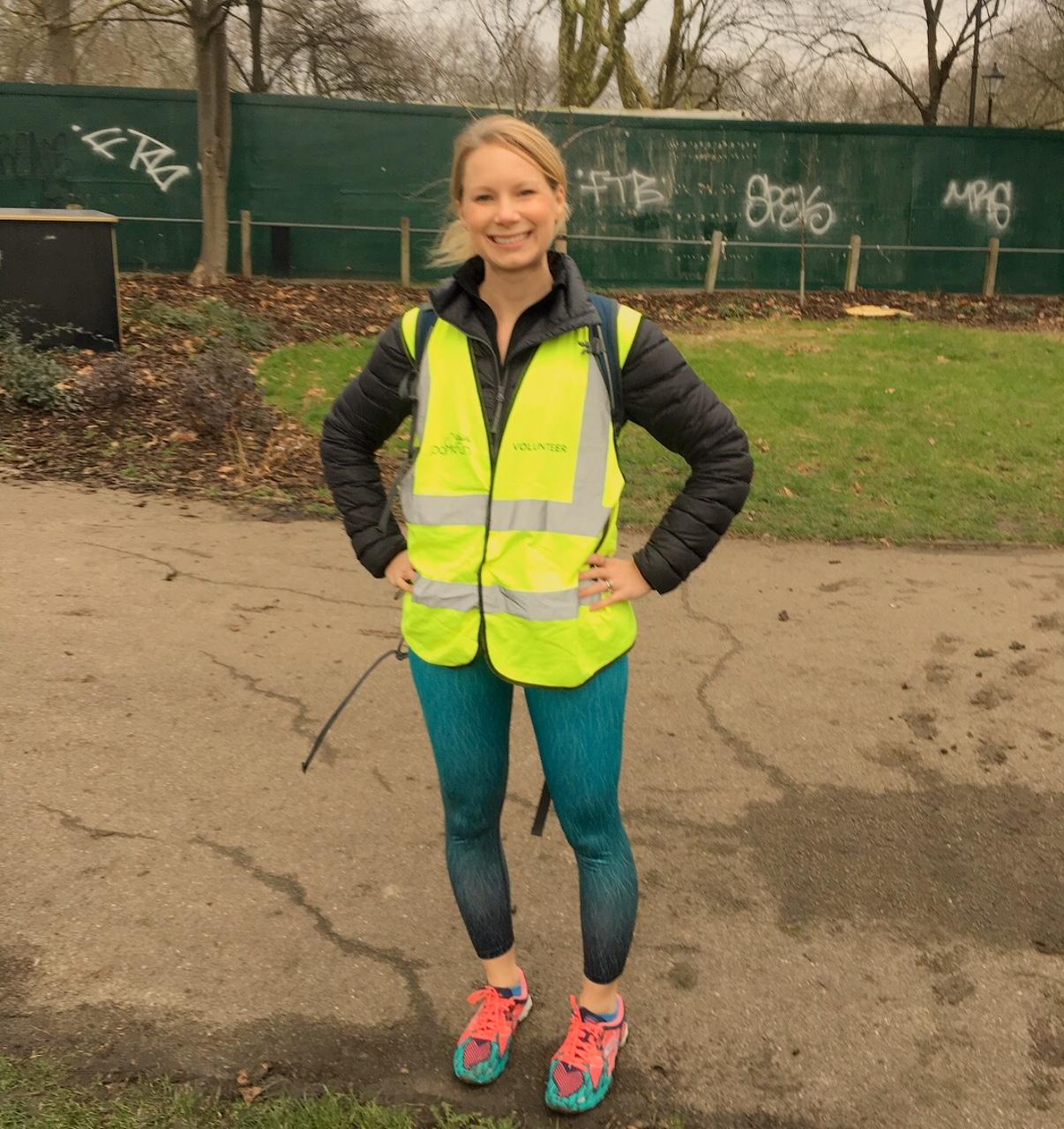 I also played the prestigious role of dog babysitter, looking after a little brown dog named Maggie while her owner ran. That role didn’t last long. He was the second one across the line in just 17 minutes! I’ll be back again in February for another round of volunteering.

At the National Running Show last weekend, the shortlists for The Running Awards were announced and I was thrilled to be listed in the top 12 in the Personal Blog category! 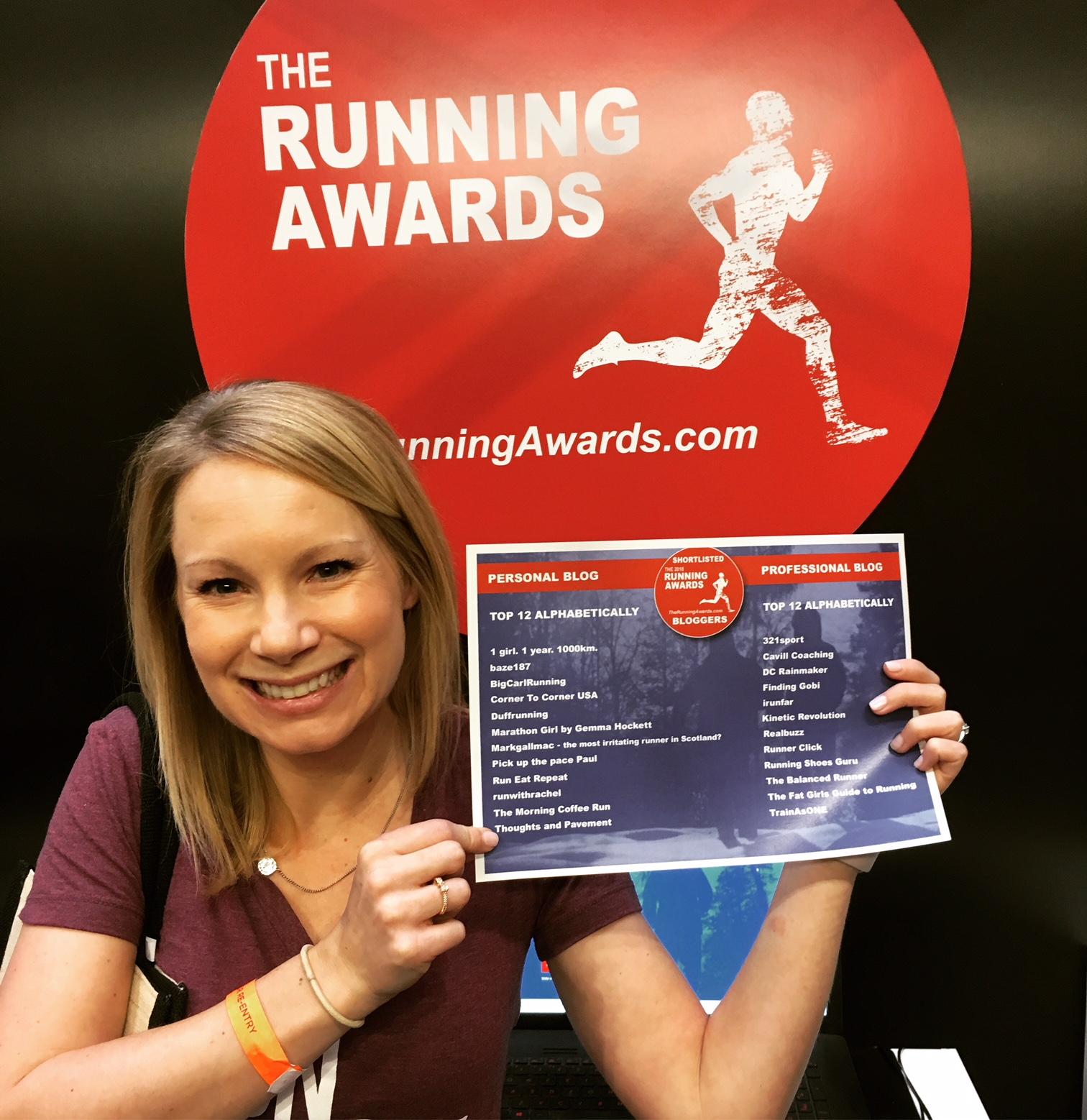 I’m on the shortlist!

A huge thank you to everyone who voted for me to get me this far! Seriously, I really appreciate it. The top 3 will be announced at a fancy event in April. It remains a vote-based contest and votes are cumulative, which means I have to ask you all to vote again (Sorry!). It would really mean the world to me. If this blog has brought you even one minute of entertainment, enjoyment or distraction, please vote for me. Here’s how:

Because I don’t have a Spring marathon lined up, my training has taken a more varied and laid-back approach. This allows me to do fun things like…a two-hour boxing workshop at BLOK! 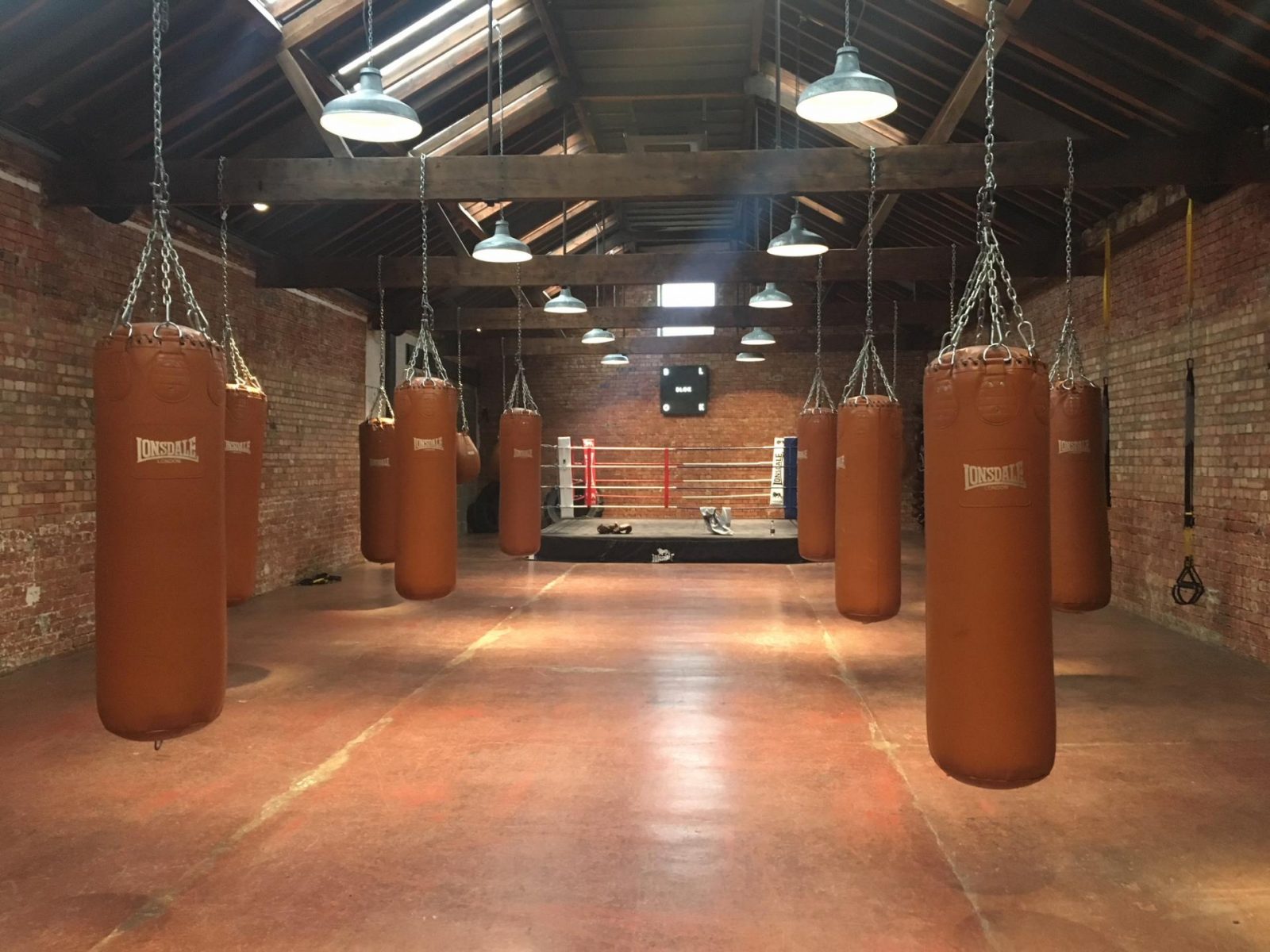 How cool is this place?

The class was great. Despite having legitimately NO experience boxing, the instructors were patient and encouraging and man… what a workout. After 90 minutes of skills and drills, we did a 30 minute strength circuit. I also went to Parkrun that morning. I was pooped after that. I went to the class with my friend Christina, and very thankfully, neither of us accidentally punched each other in the face. I’d say it was a success….even though I could barely move my arms the next day. 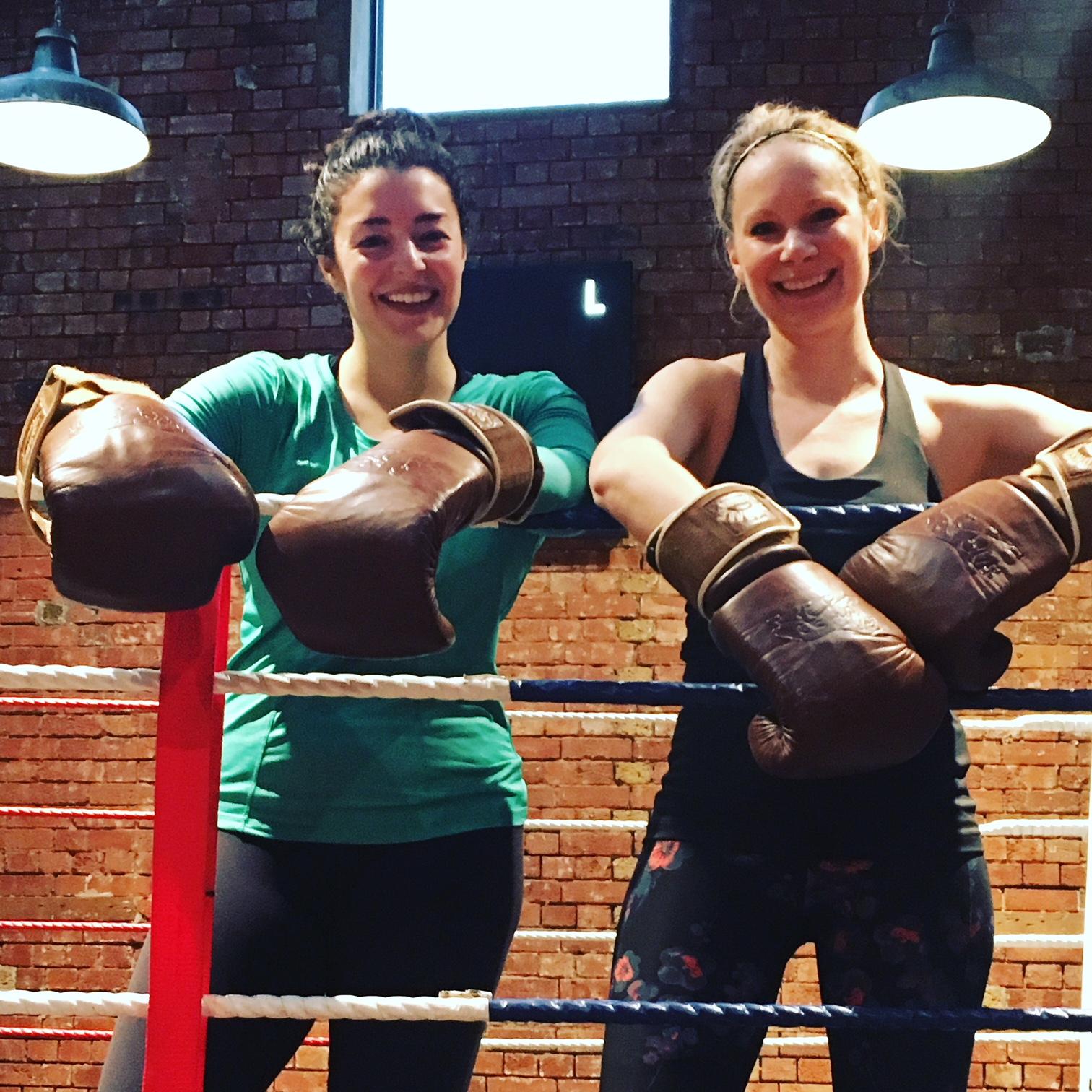 I finally joined Run Dem Crew for a run last week. This group is quite well known in London. Formed in 2007 by DJ, poet and writer Charlie Dark, Run Dem Crew is an alternative to more traditional running clubs. It’s about community and people, not time and performance. It’s a really nice concept, especially for someone like me who puts a LOT of pressure on myself. Over the years, the group has grown from a running club to a much bigger organisation, helping young people across London by providing mentoring and advice, along with the opportunity to explore London in a safe, positive and supportive environment. 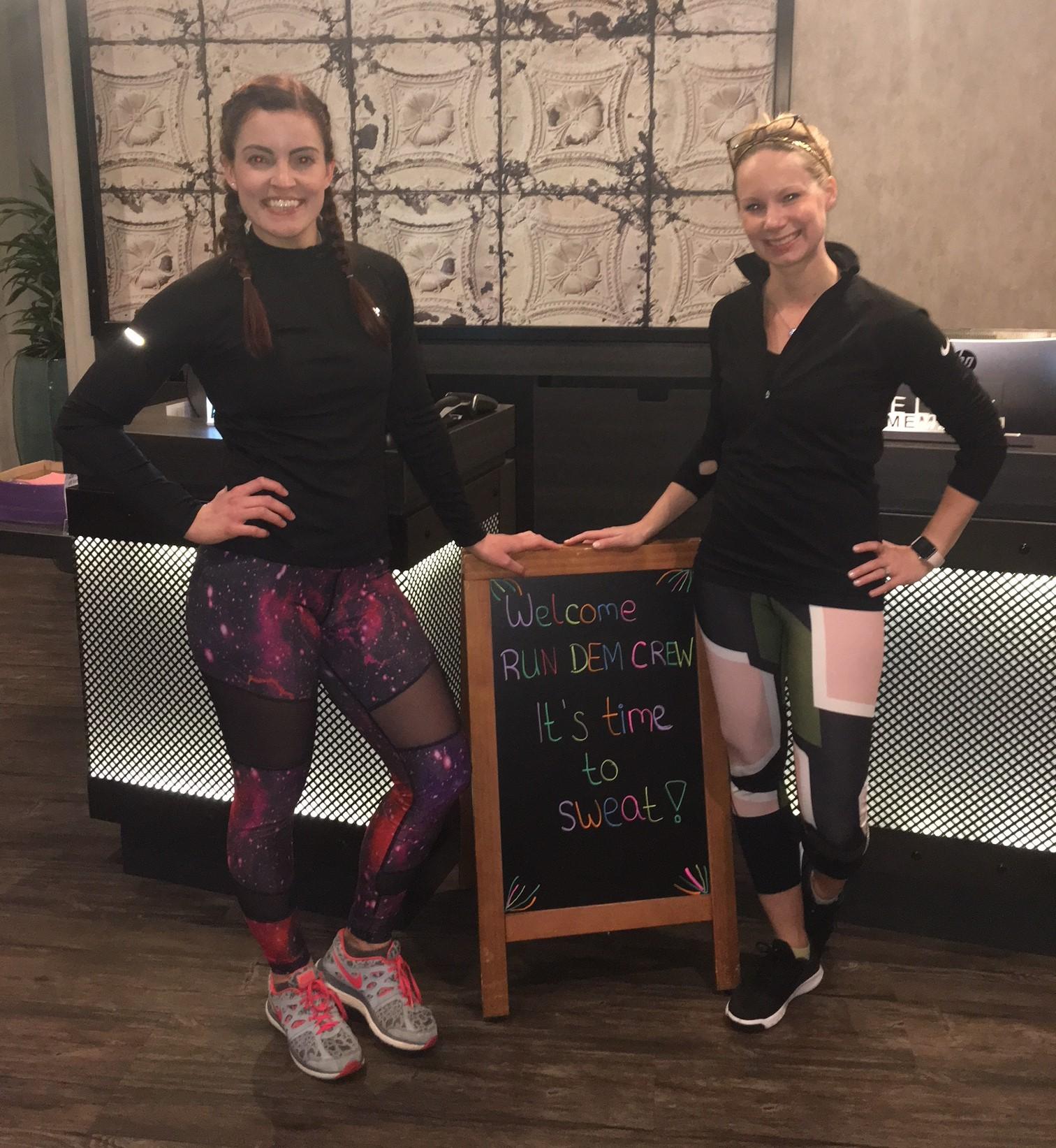 My colleague Rebecca and I at #TakeResidence

I joined an event called Take Residence, hosted by the Marriot Residence hotel. Since the hotel caters to long-term guests, the goal was to encourage people to go out and explore London. We went on a lovely 7km run through some beautiful London landmarks, stopping here and there for some strength training. 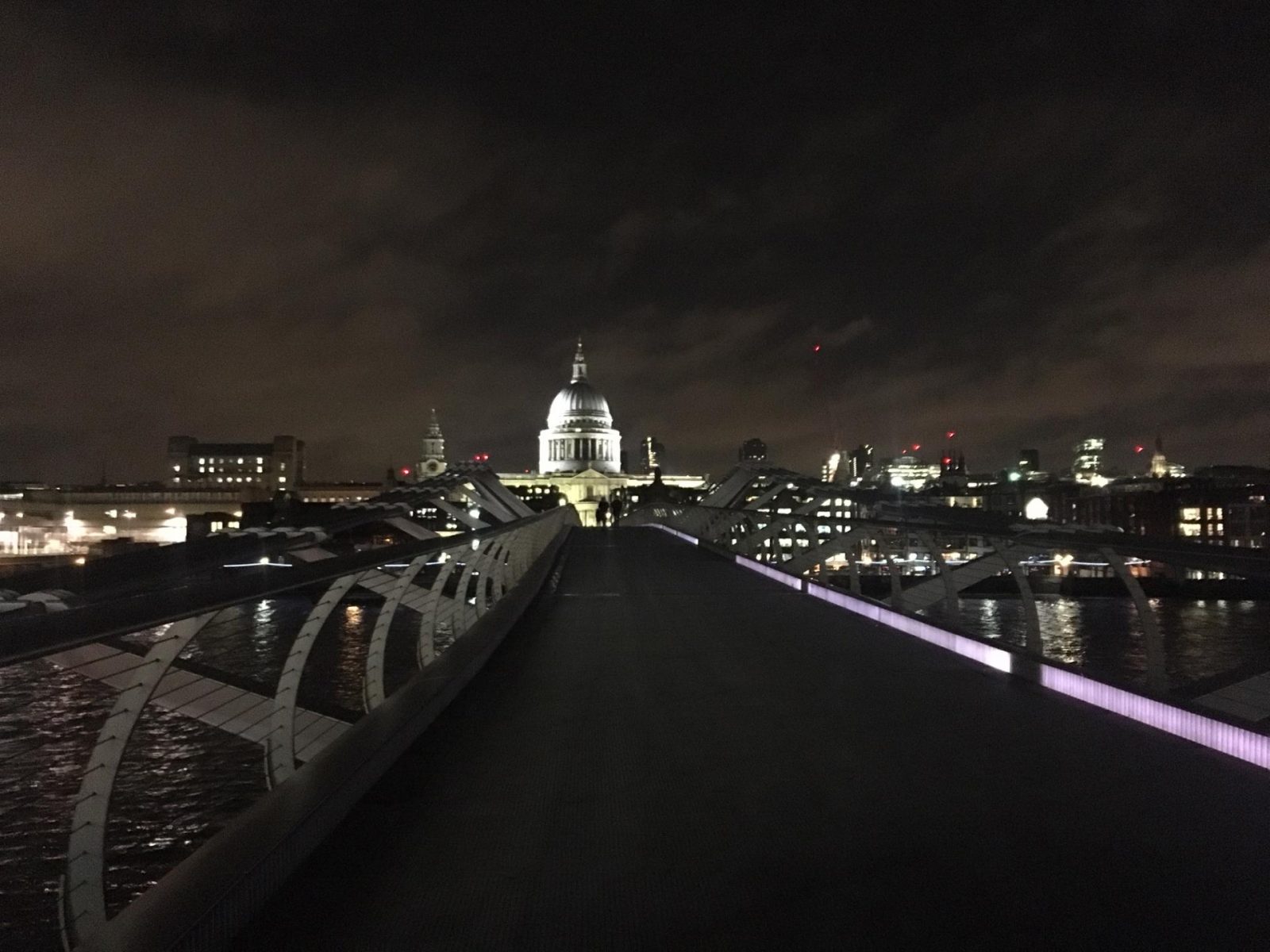 Hard to beat this running route…..

It was such a friendly, welcoming group. I enjoyed it immensely. We ended the run with a huge feast back at the hotel which was unexpected… but very welcome. I was starving!

I started my Level 2 Fitness Instructor certification last week. To be honest, the 300-page workbook, two written exams and one practical assessment is pretty intimidating, but I’m looking forward to the journey. 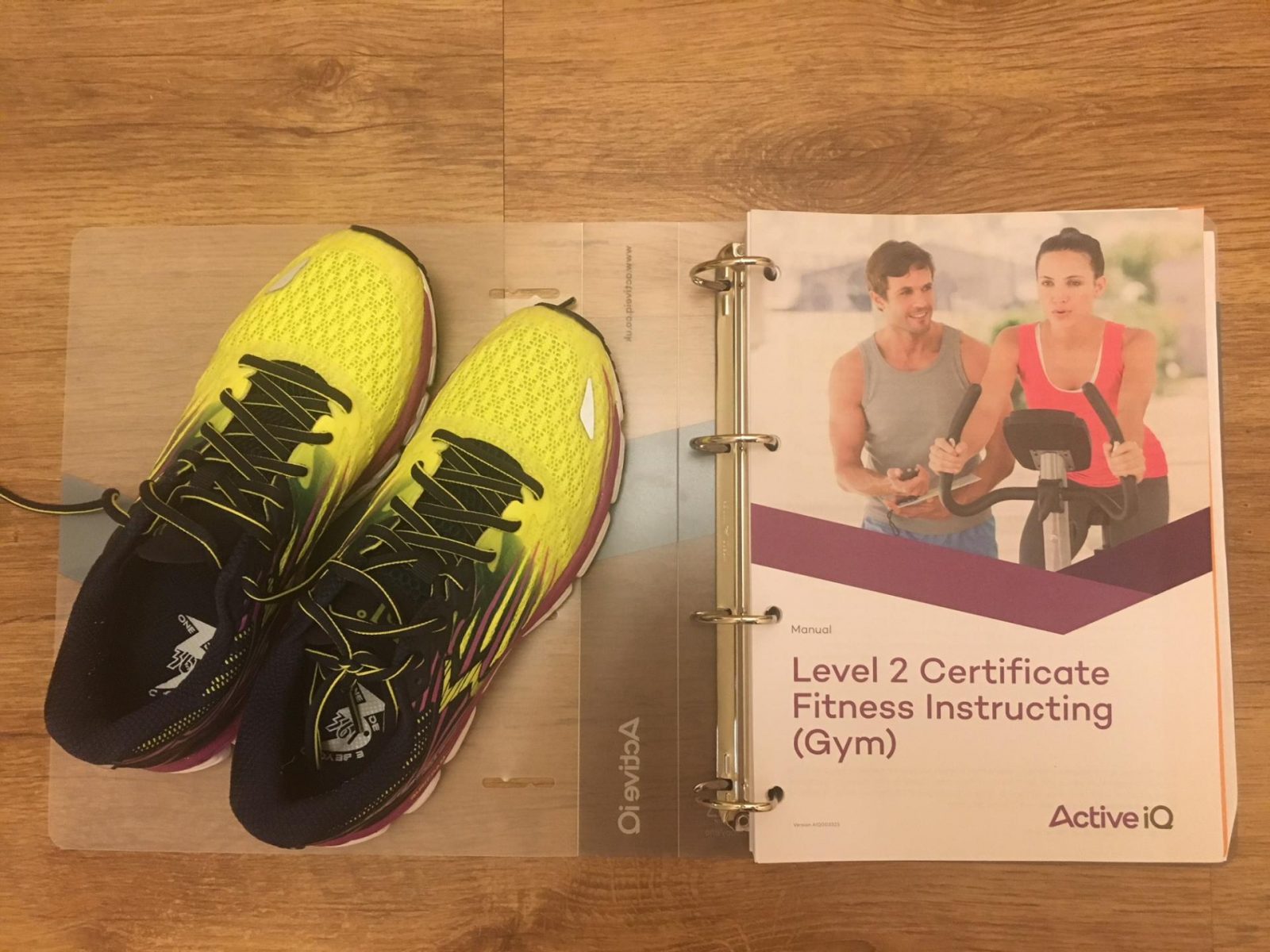 I haven’t studied for something like this since university! Time to dig out the ol’ highlighter and make some notes! In my first session, I learned that my own form is generally terrible, but the good news is that I can still be an effective instructor even if my own form is bad.

And finally, you may have seen the kick off to my new blog series: Five Questions With… This is going to become a regular thing on the blog where I’ll feature interesting and inspiring runners I know by asking them five unusual questions about running. Stay tuned. The next one goes live this Sunday!

That’s been my month in a nutshell. How’s your January going?