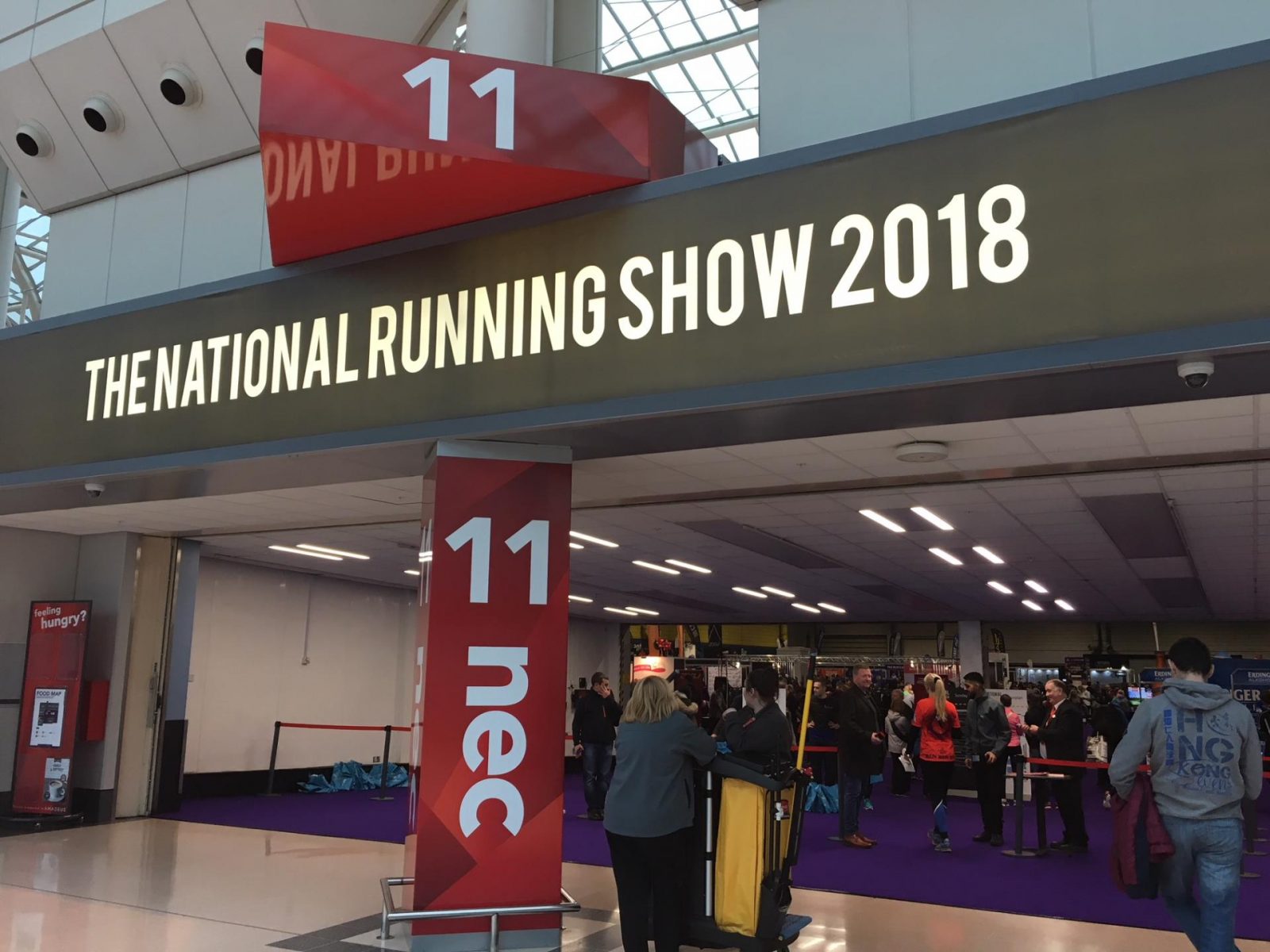 This weekend was the first annual National Running Show. Held at the NEC in Birmingham, the event is the UK’s biggest non-race affiliated running exhibition. With a line-up of amazing speakers headlined by Dame Kelly Holmes, the event was the talk of the running community for many months. I couldn’t get involved fast enough. I was enlisted as a show ambassador and I even (somewhat willingly!) cancelled a trip to the Canary Islands to clear my calendar for the first inaugural event.

As a runner, a PR professional working in the health and fitness industry and a running blogger, this event was a very exciting merging of all my different passions. I really couldn’t wait.

There was a massive line to get in to see Dame Kelly Holmes opening keynote, but it moved quickly and efficiently. Dame Kelly was amazing. The perfect inspirational talk to open the show. Even though I know her story, it still made me tear up. Did you know she was 34 when she won two Olympic gold medals? 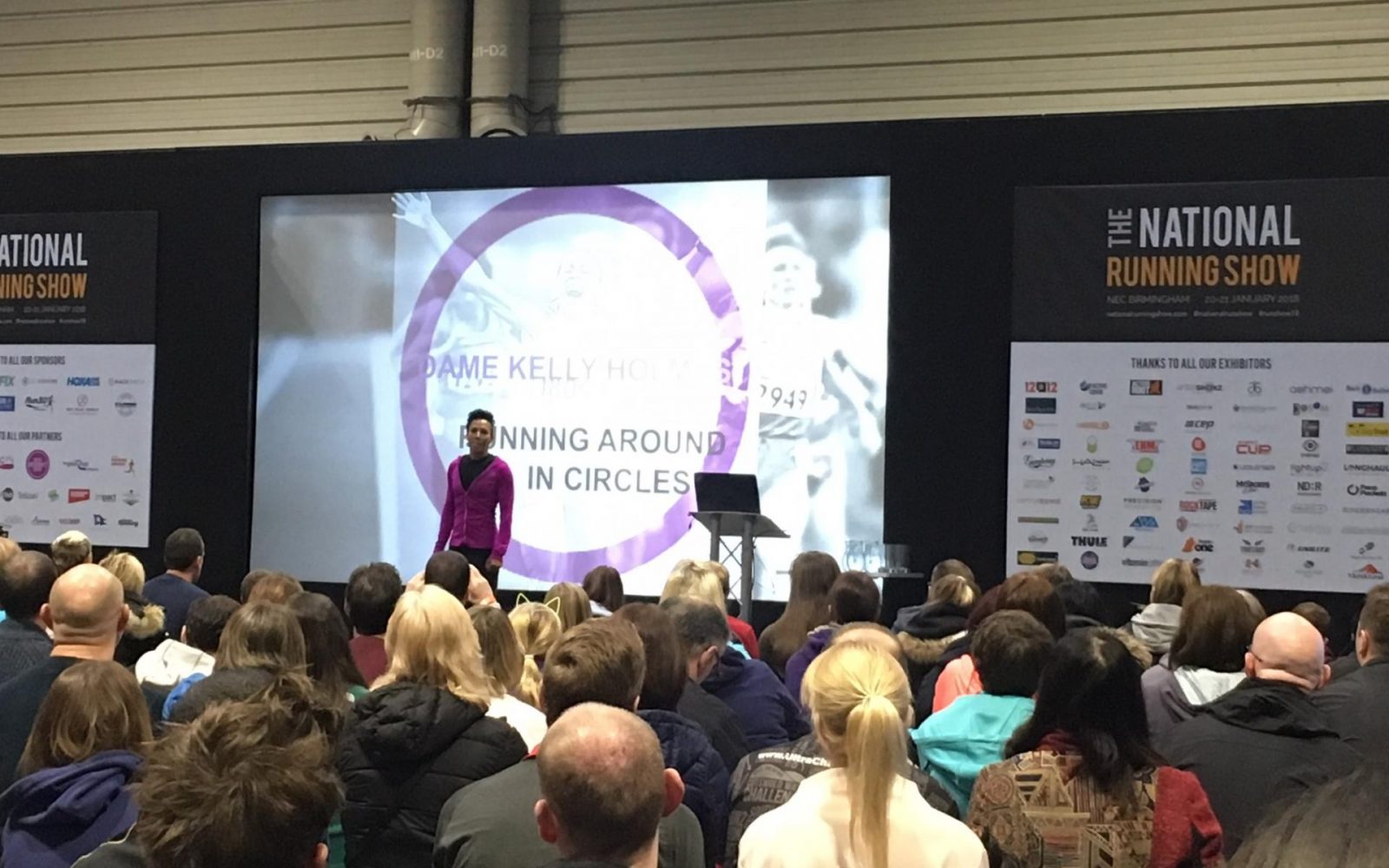 I quickly made a round of the show floor, but there were so many people there, it was truly difficult to move. Show organisers reported a whopping 22,000 visitors over the two-day event and the smaller event venue in the NEC struggled to accommodate us all. There were certain areas that were nearly impossible to move through and talking to many of the exhibitors was difficult. They were run off their feet with ravenous runners buying all the kit at discounted show prices!

That said, the crowds didn’t bother me. I knew it would be popular. Runners are, after all, a very enthusiastic bunch!

I was able to grab seats for a few other talks, including ultrarunner Susie Chan talking about her adventures.  She said she wore an underwire bra for her first ever 10km! If you’re a lady who runs, I know you’re cringing right now! Eeeeep! 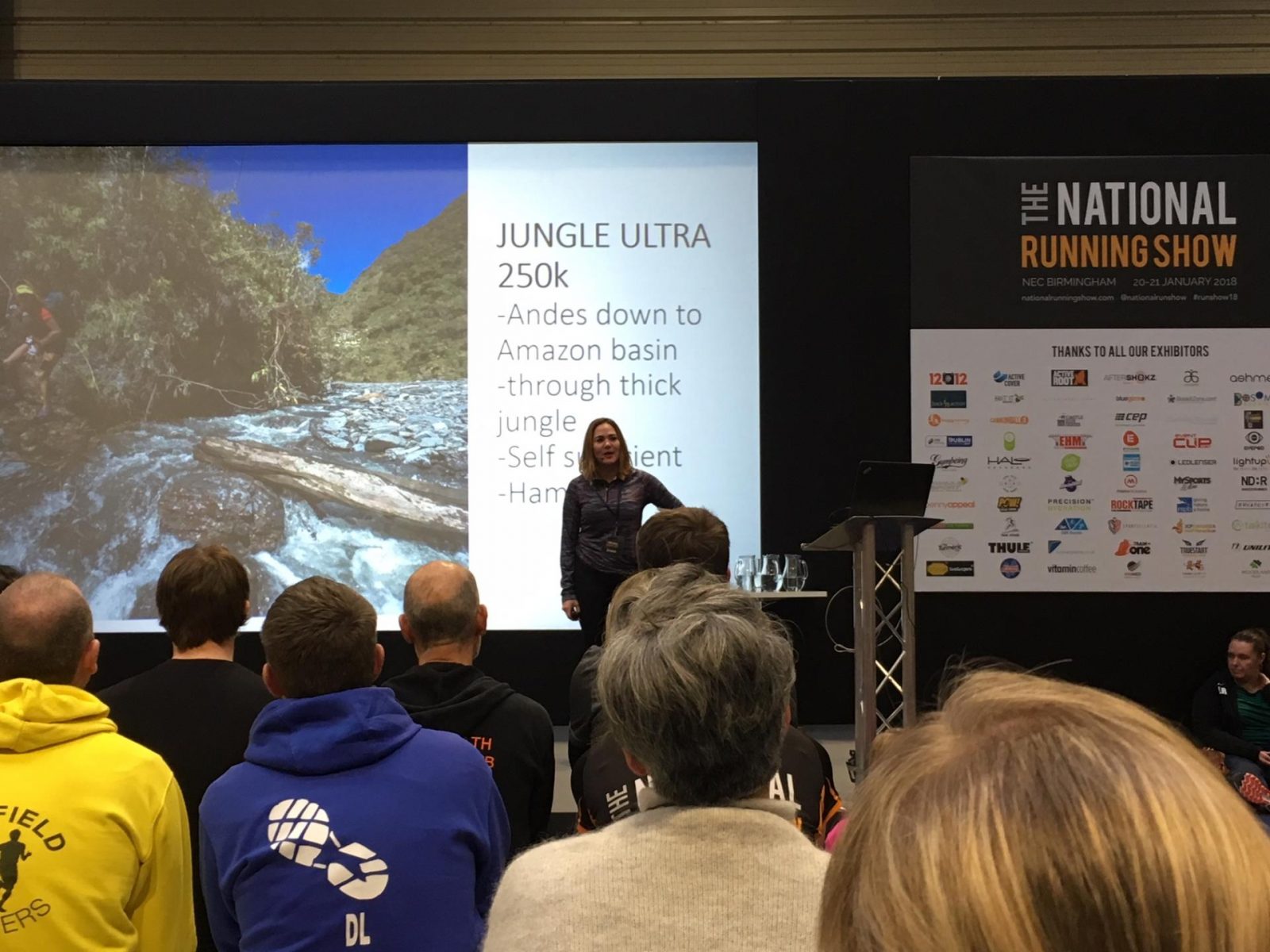 I also got to trial some kit, including a pair of Vibram trainers. With my bunion-laden feet, I worried I wouldn’t even be able to get them on. After 10 minutes of extreme effort, I managed to wiggle my demented feet in the shoes and took them on a little run on a treadmill. I don’t think they’re for me, but interesting to try out! 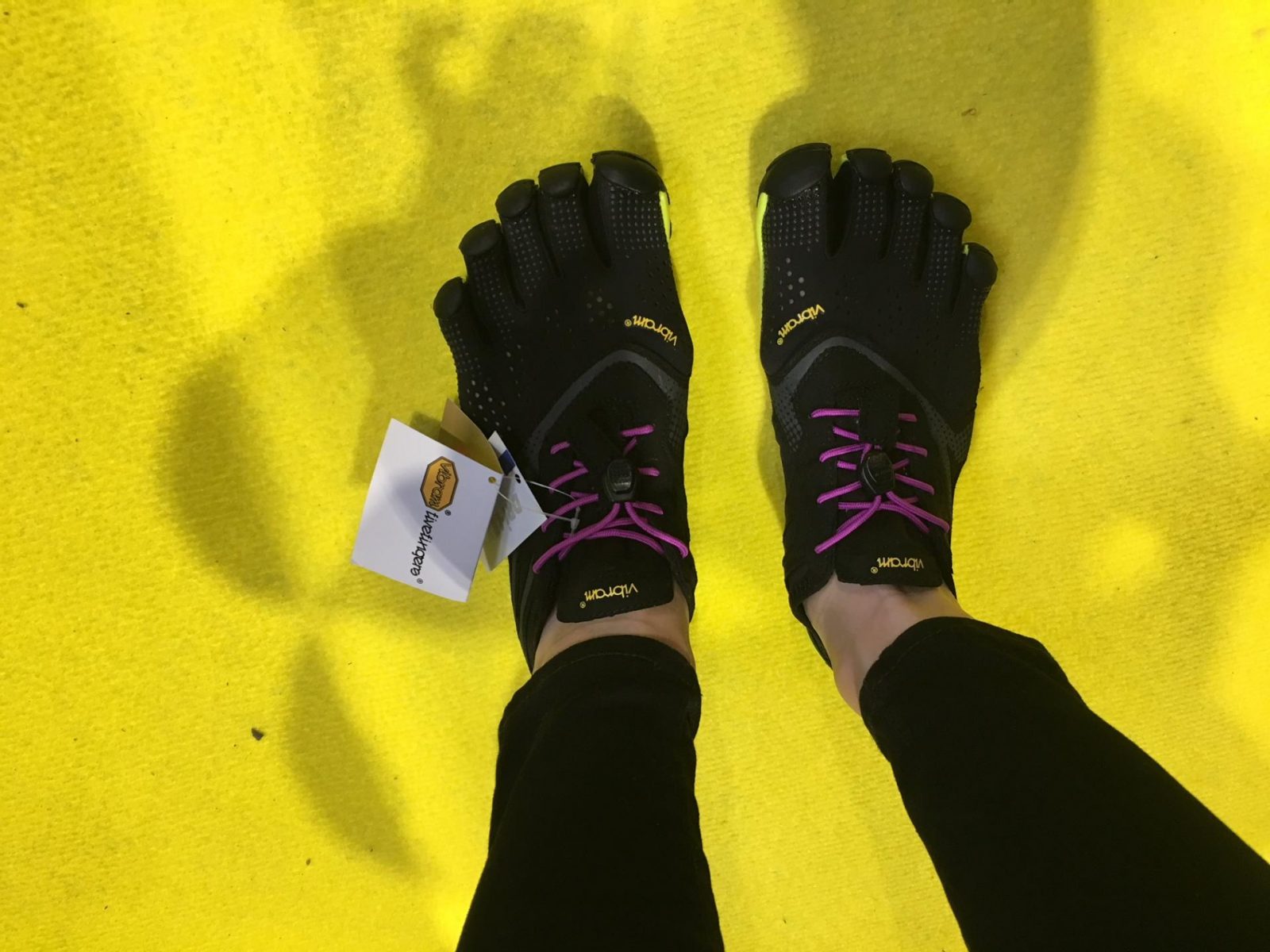 They took me 10 minutes to get on.

The highlight of Saturday was finding out that I was shortlisted for Best Blog in the Running Awards, which were announced live at the show! We’ll find out the top three at a special event in April. Votes are cumulative, so if you like my blog, I’d be very grateful if you could vote again. Also, a big giant shout-out to my fellow shortlisters! 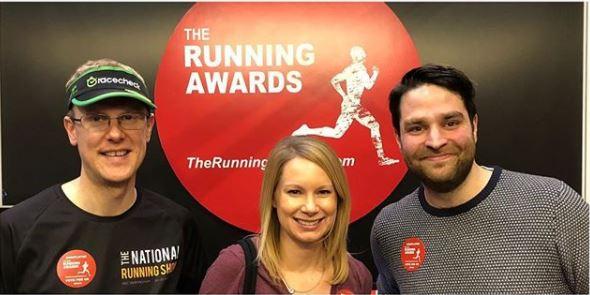 Sunday was a little quieter at the show so I was really looking forward to seeing all sorts of friendly runners, many of whom I know only from their blogs or Instagram accounts. I was also very excited to reunite with my Shine Walk team who were all at the show too!

The show had a really great Ask the Experts area where people could book short, 20-minute slots with many of the speakers. Edward, my ShineWalk teammate also known as Trail Running Man, let me crash his slot with Aleks Kashefi, aka Barefoot Aleks, where we chatted about ultra-running and which event I should sign up for this year! Aleks described ultra-running as a “buffet,” and I do like to eat…. 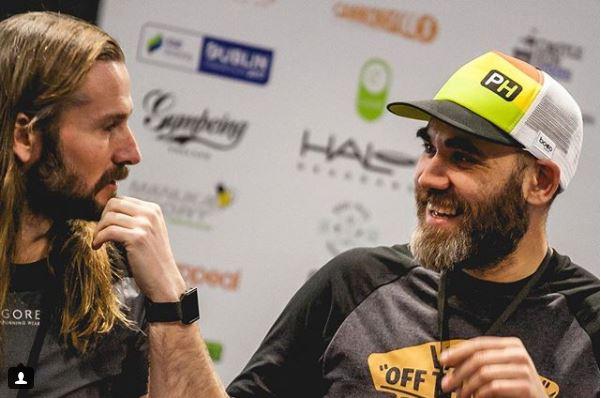 I also had a chance to try Saucony’s Treadmill Challenge which had me running a 6 minute/mile pace! 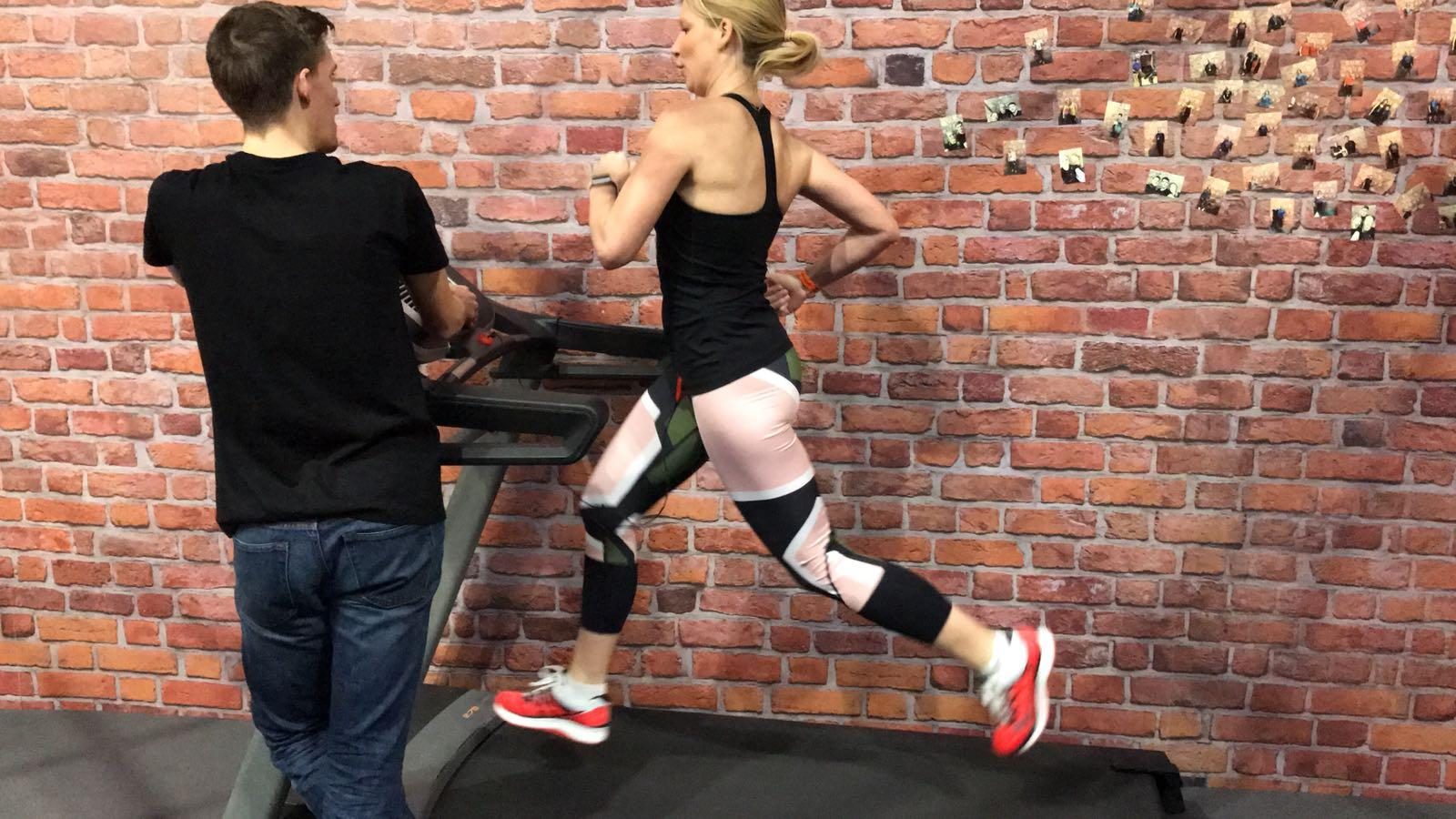 The guy increasing my treadmill speed was Leuan Thomas, British International Steeplechaser so we had a nice chat after he nearly made me fly off the back of the treadmill! 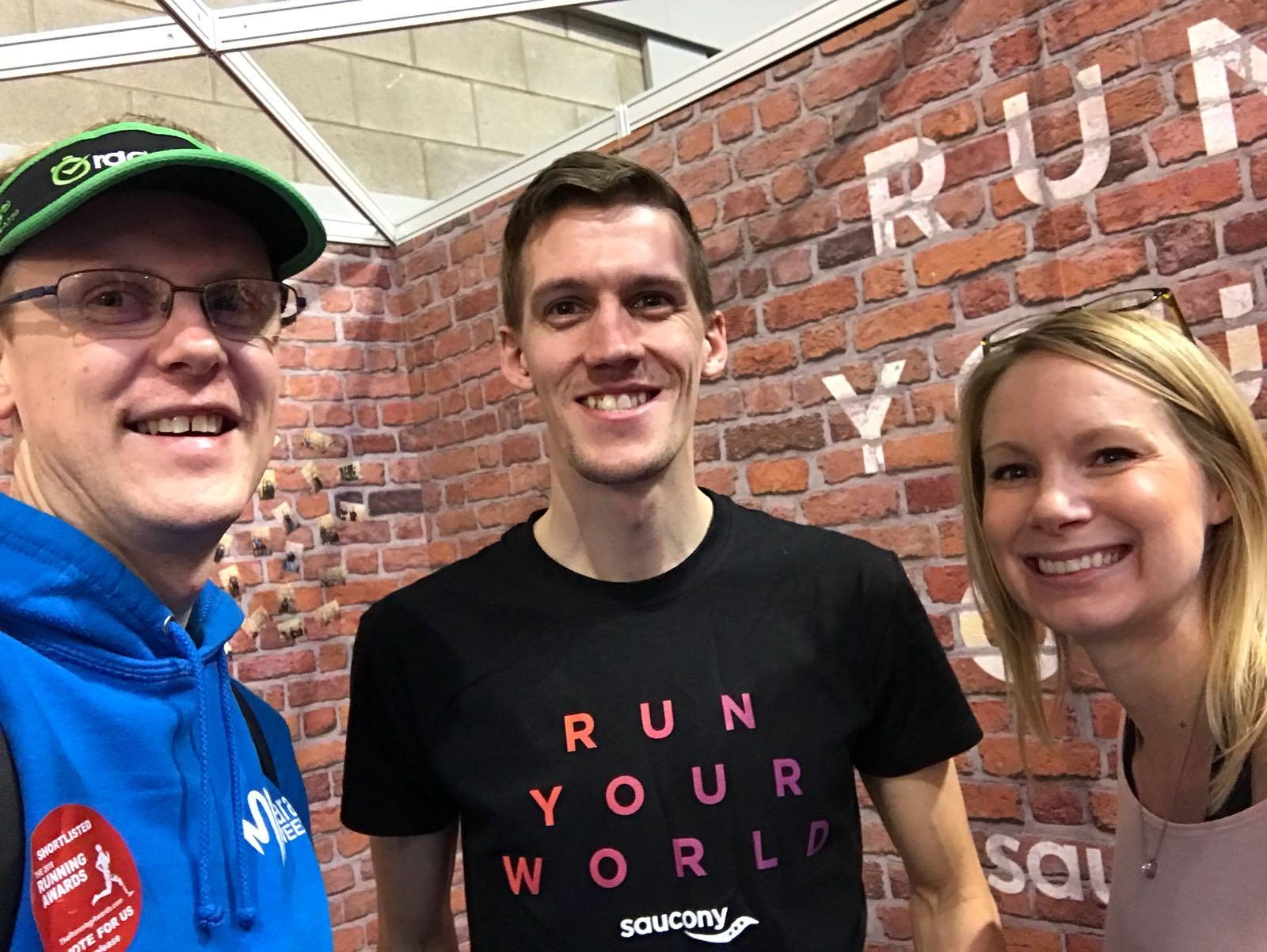 Baze187 and I with Leuan Thomas, British International Steeplechaser

Also, a trip to a running event wouldn’t be complete without some new kit! I walked away with some great new leggings from a cool brand called Runarchy. They make some lovely clothes in a great colour palette. 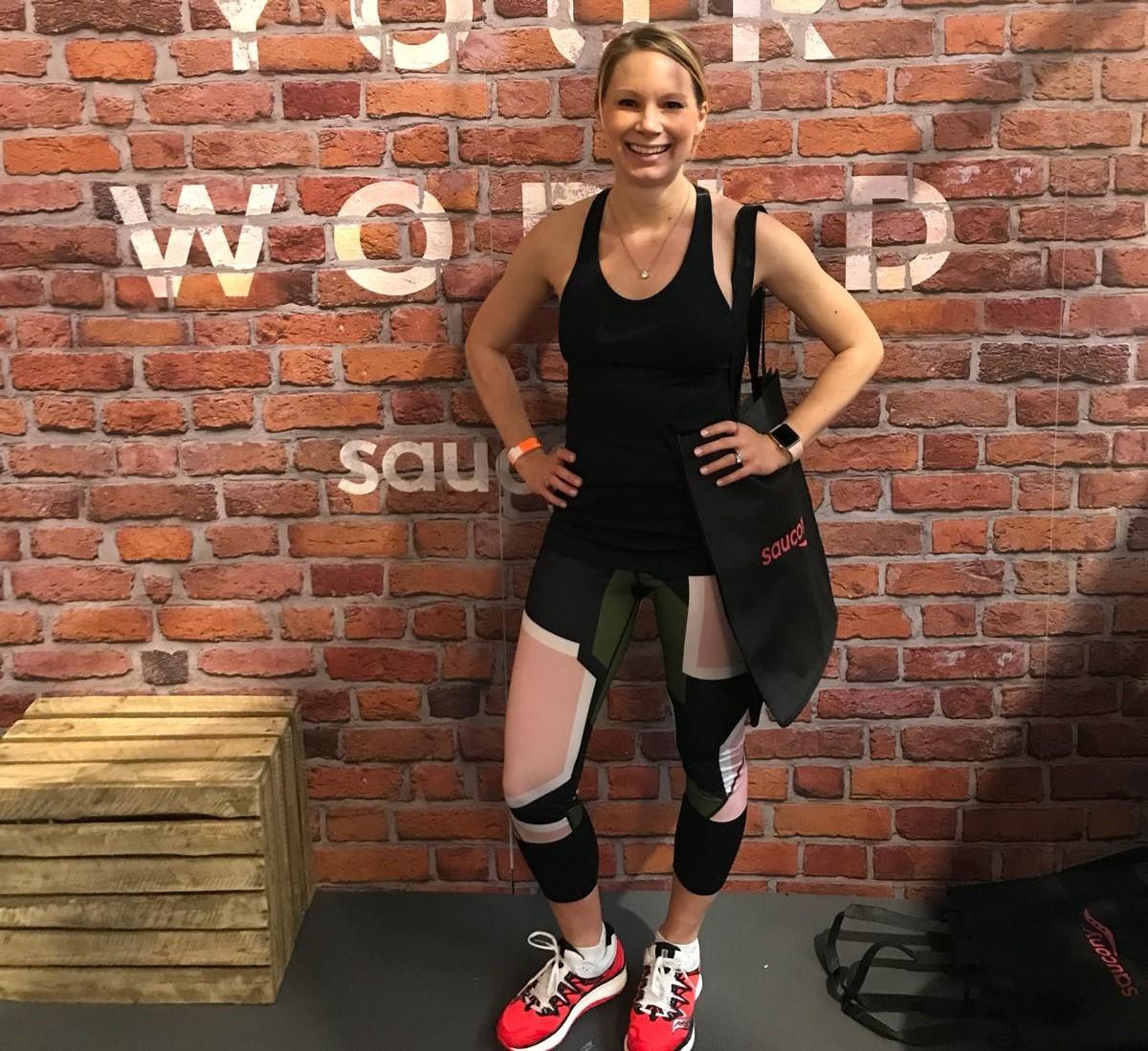 Because I obviously needed new leggings…

When I listened to Dame Kelly Holmes amazing keynote on the first day, I thought to myself: how are they going to top this next year? And then, I happened to turn over the event programme and there she was: Paula Radcliffe, already lined up as next year’s keynote! If they wanted me to ensure this event is a top priority in 2019, they absolutely nailed it. I’ve already put it in my calendar. 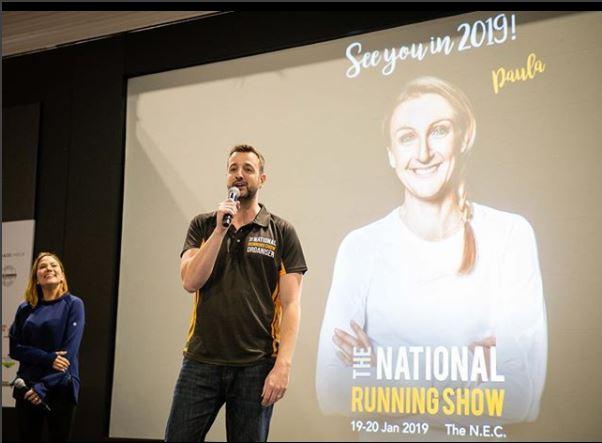 Stay tuned! Exciting stuff is coming up! I’ll be starting a new series called “5 Questions With…” featuring inspiring and interesting runners I know. You may be hearing from some people mentioned in this post!