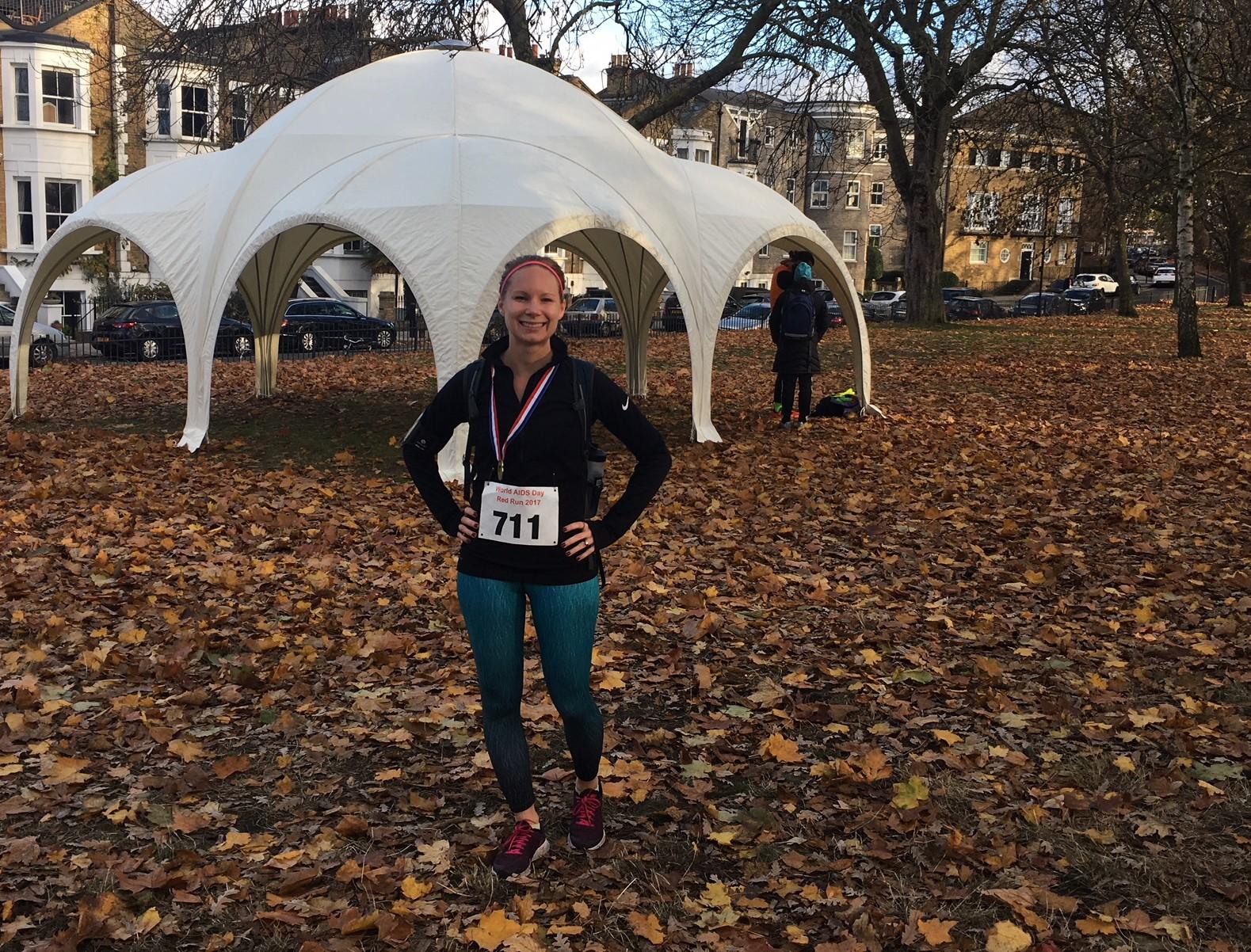 Sunday marked my final race of the year. It was a lovely 10K race in Victoria Park called the Red Run, a charity run in honour of World AIDS Day. Really, we just wanted a 10K race in London, but it was an added bonus that we helped contribute to a worthy cause too. The event had 1,228 entrants, a record-breaking number for this small event now in its 8th year.

It was a lovely day in London, sunny and brisk. It was honestly the perfect November day for a race. We couldn’t have asked for nicer weather. However, the larger than normal number of runners meant that the start of the race was delayed by close to an hour, which meant many hundreds of people in light running kit were standing around freezing in the brisk 6C weather for a long time before the race finally began. 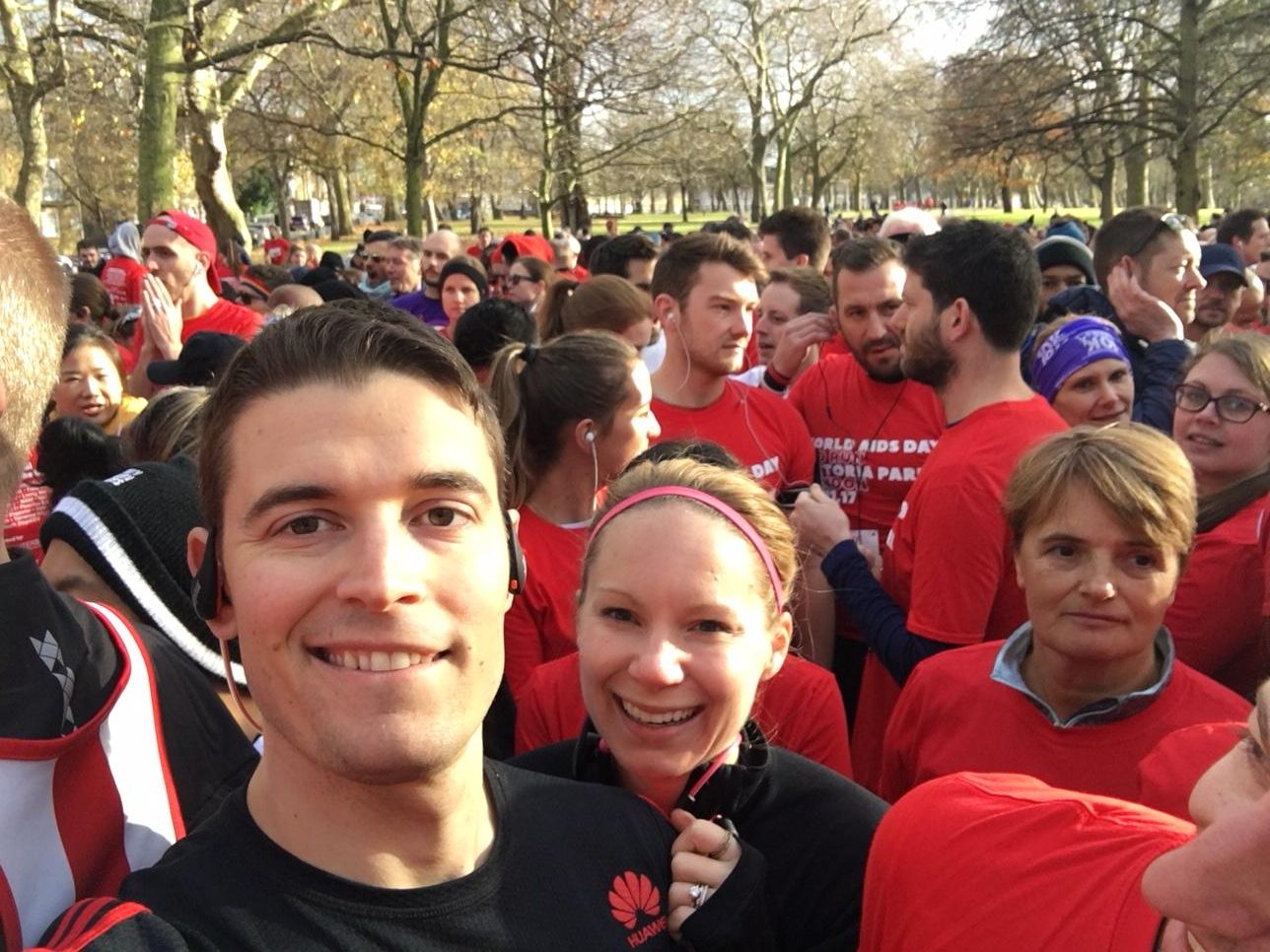 Waiting for the race to start…

We finally set off on the 4-loop course of Victoria Park and at first I felt a bit stiff. I was not warmed up at all and immediately had a weird pain in my ankle and a side stitch. For once, I was kind to myself and just eased into my run without my usual abusive mental monologue. Besides, I hadn’t really trained for this run and I certainly wasn’t targeting a PB. It was going to be a fun run in the truest sense – the run to remind me why I love running.

Less than 1k in, I felt much better and was running along at a pretty swift pace feeling very comfortable and light on my feet. I really liked the 4-loop course because there was a large number of supporters at the start/finish line so we got a big cheer every 2.5k. The third lap was the hardest, but I kept reminding myself to take it all in and just enjoy it. I reflected on my 2017 races and felt proud and happy. I was going to end on a high note.

Surprisingly, I crossed the line in 51:49, far surpassing my expectations. In fact, this is a 10K PB for me! I guess alleviating the pressure I normally put on myself had a big impact! I always feel like my 10K PB listed in my race history is a bit of a sham. In 2012, I set a PB of 49:59 at the Sporting Life 10K in Toronto. But the thing is, this race is almost entirely downhill. It is not representative of an actual 10K and thus, I feel like it can’t be counted. So, by that logic, this is indeed by 10K PB for a flat course. Hoorah! What a way to end the 2017 race season. 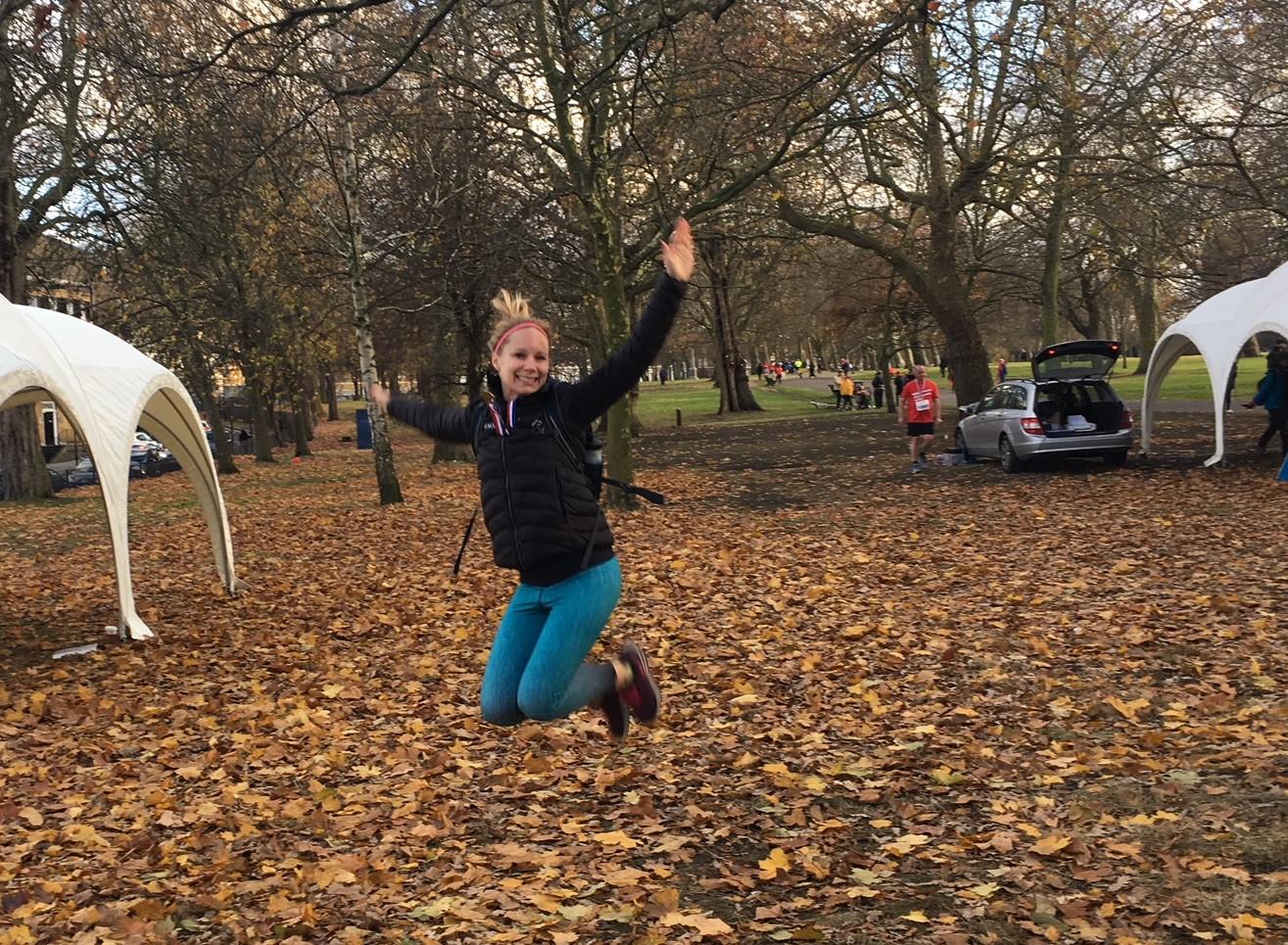 Graham was bound and determined to finish sub-50, and despite the fact that he had a cold, he did it! 49:24! A personal best for him too! 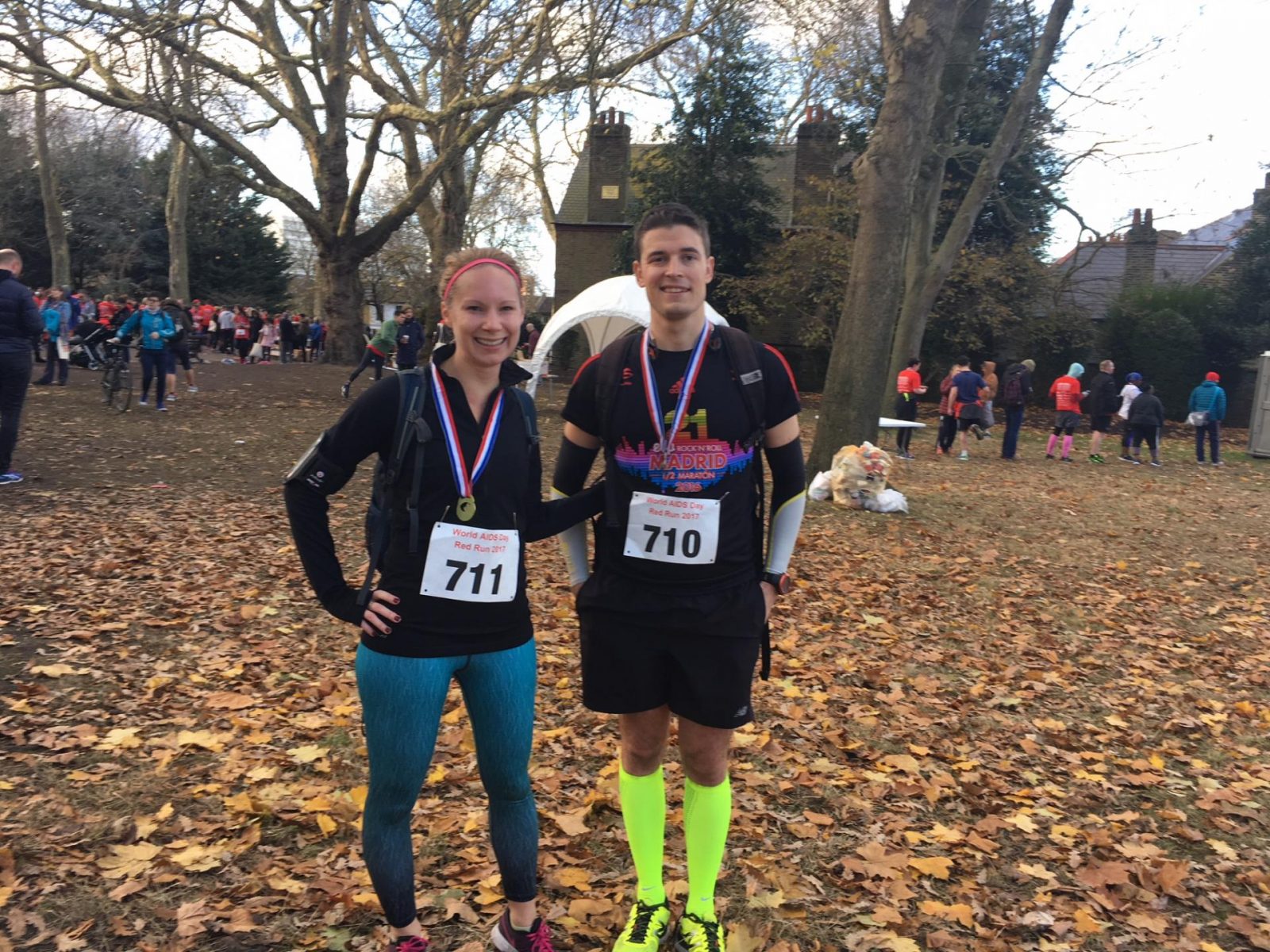 Afterward, I forced poor, sick Graham to leave his sweaty kit on and take pics with me in the autumnal leaves. He was entirely unimpressed and just wanted to change and get out of there, but such is the life of a man married to a blogger. Sorry Graham! 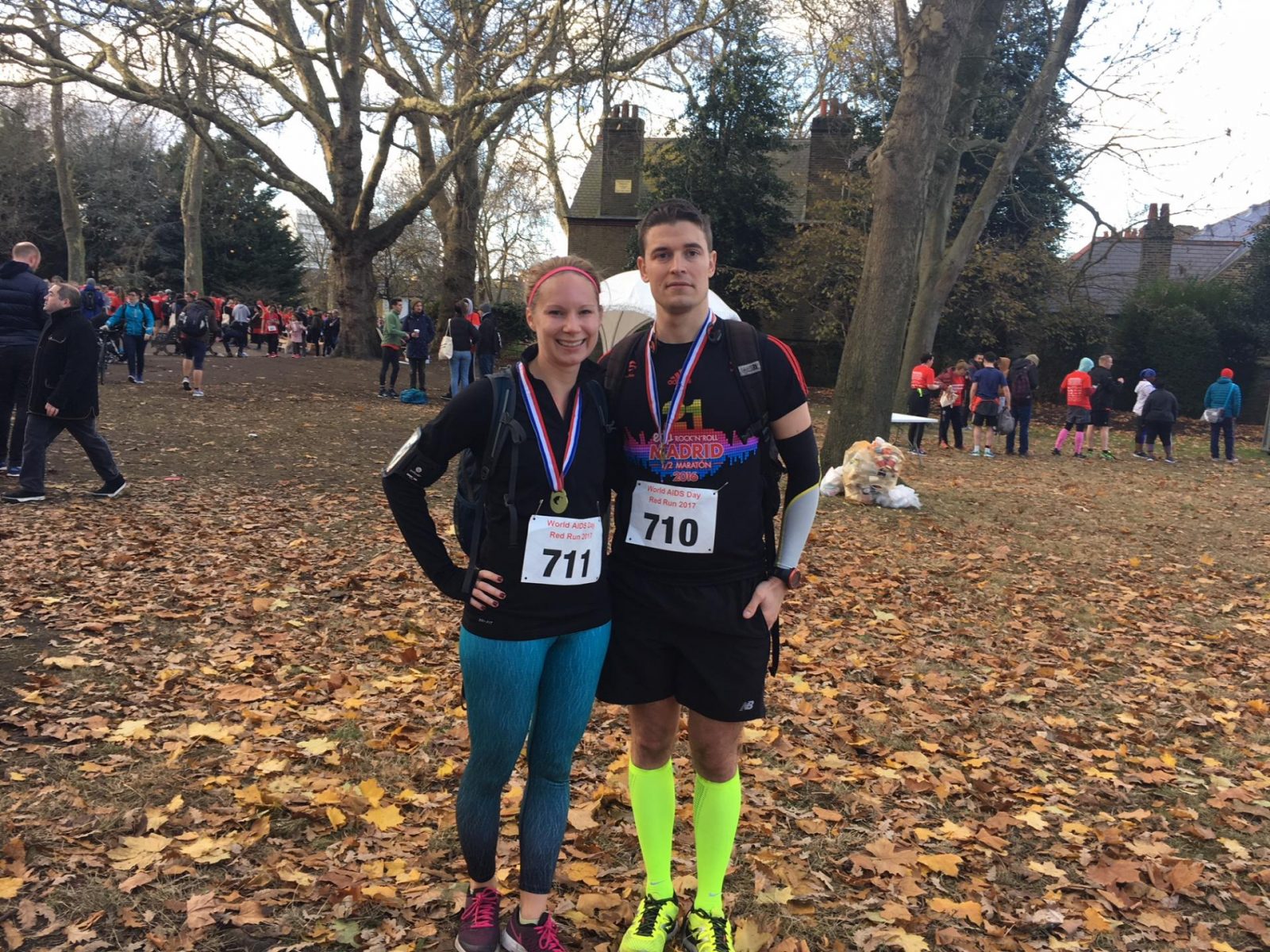 He is not happy in this pic. Sorry Graham!

Overall, I liked this race a lot, but given the larger-than-expected number of runners, some of the logistics really suffered. The delayed start was a definite issue, as it took so long to check everyone’s bags. While the volunteers worked as fast as they could, the paper-numbers-taped-to-bags-system was cumbersome. Next year’s race could really benefit by adding a bag tag to race bibs and having runners tag their own bags and just simply handing off their bag to a volunteer. Probably most unfortunate was the fact that no one wanted to listen to or engage with the pre-run speeches, sponsor thank-yous or warm-up. Everyone was cold and just wanted to get going. At one stage during the warm-up, runners actually just started chanting “Run! Run! Run!” Not ideal, especially when Dame Barbara Windsor was there to do the ribbon cutting. I’m afraid she didn’t get the appreciation she deserved. 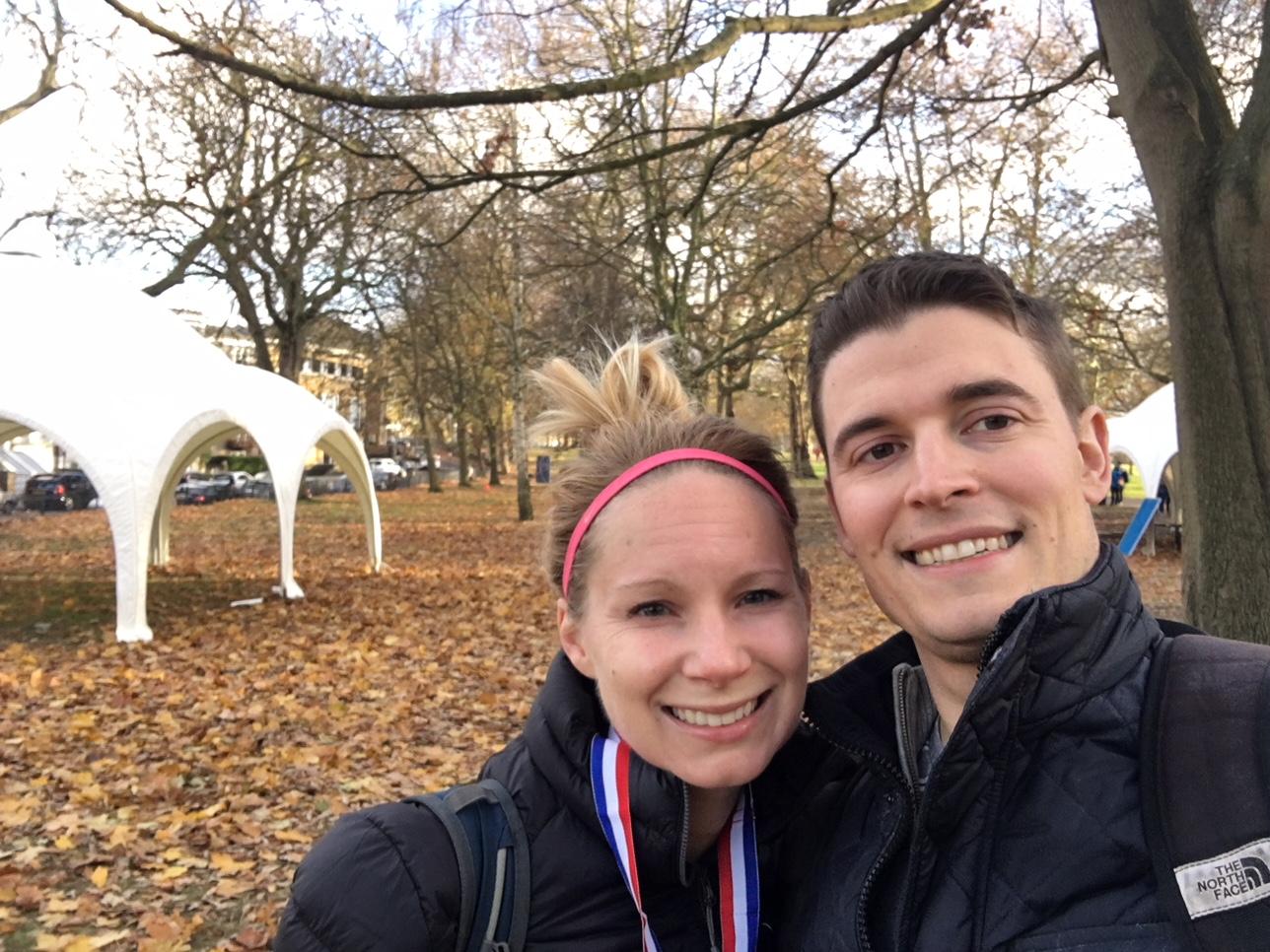 But every race is a learning experience for both runners and organisers, and overall, I had a happy experience. I would do this race again despite the issues. It was for a very worthy cause after all.