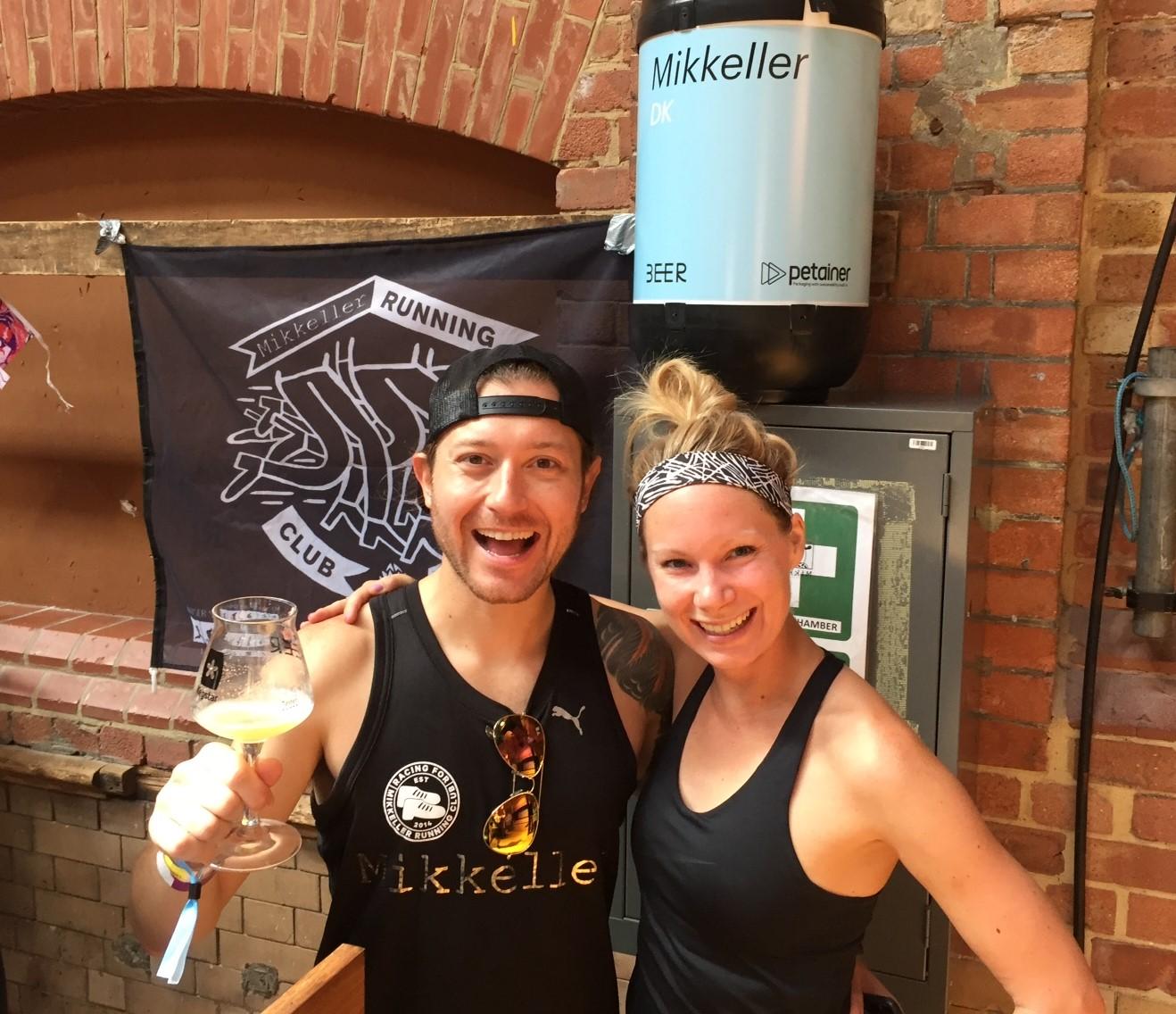 Me and Carl, the Mikkeller Running Club leader

Late last year, my husband convinced me to join him at the Mikkeller Running Club. Their philosophy is that running allows you to enjoy more of the good things in life. Like beer! While I really enjoyed my run with the group, I haven’t made a very regular appearance at the club. I suppose that it is partly because I don’t love beer that much (Sorry!!) And it’s partly because with a group centered around beer drinking, it does tend to attract a predominantly male crowd. Not that this is a bad thing. But they tend to run a bit faster than I’m comfortable running and sometimes, I just don’t feel like pushing myself that hard! They would never leave anyone behind, but it does push me to keep up.

Even though beer is not my go-to drink, I have to admit, after a tough run, a cold beer does go down alright. And with every run with the Mikkeller Running Club, you get a free beer after. It’s a good incentive.

This past Sunday, we decided to join the group for a special edition run as part of the London Craft Beer Festival. After several nights of indulging in more than 45 of the world’s finest craft beers on offer at the festival, the group was perhaps a little worse for wear. Carl, the Mikkeller run club leader claimed he was up until 5 am the night before! And yet, somehow, we all went out on a 5K run at a reasonably steady pace of 5:26/km. There was also a large group and a strong showing of female runners which allowed there too be many different pace groups which was really nice.

After the run, we went into the festival and had a couple drinks with the group. Who says you have to wait until noon to have your first drink of the day?

I wandered around while Graham drooled over the fancy beers. I have to give the London Craft Beer Festival a big shout out for having a decadent line-up of food stalls alongside the beer. In addition to sourdough pizza, giant sausages and lamb wraps, there was also a steak frites stand which was an easy choice for my lunch. I nibbled some free pork scratchings while we awaited our meal. We easily consumed three times the calories burned on the run during our brief stay at the event! Ah well. It’s all about balance, right? 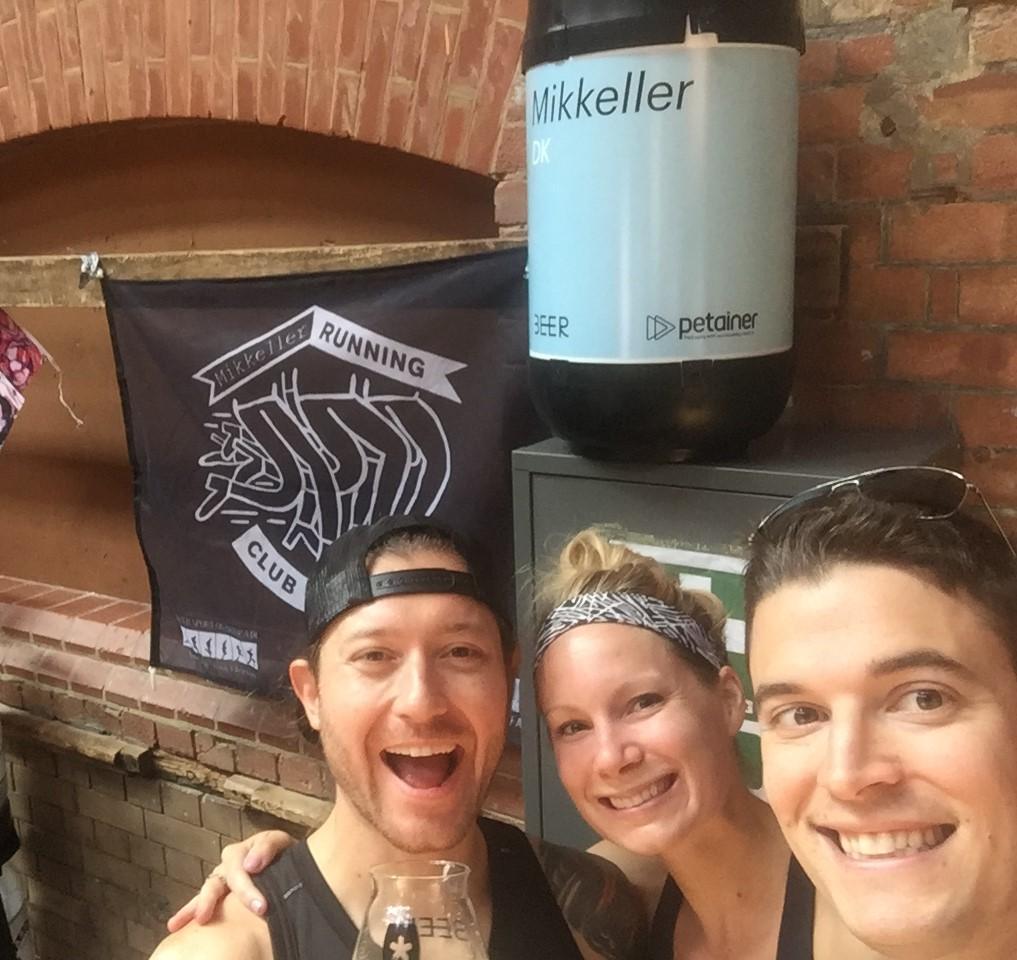 Maybe I’ll see you there next time? 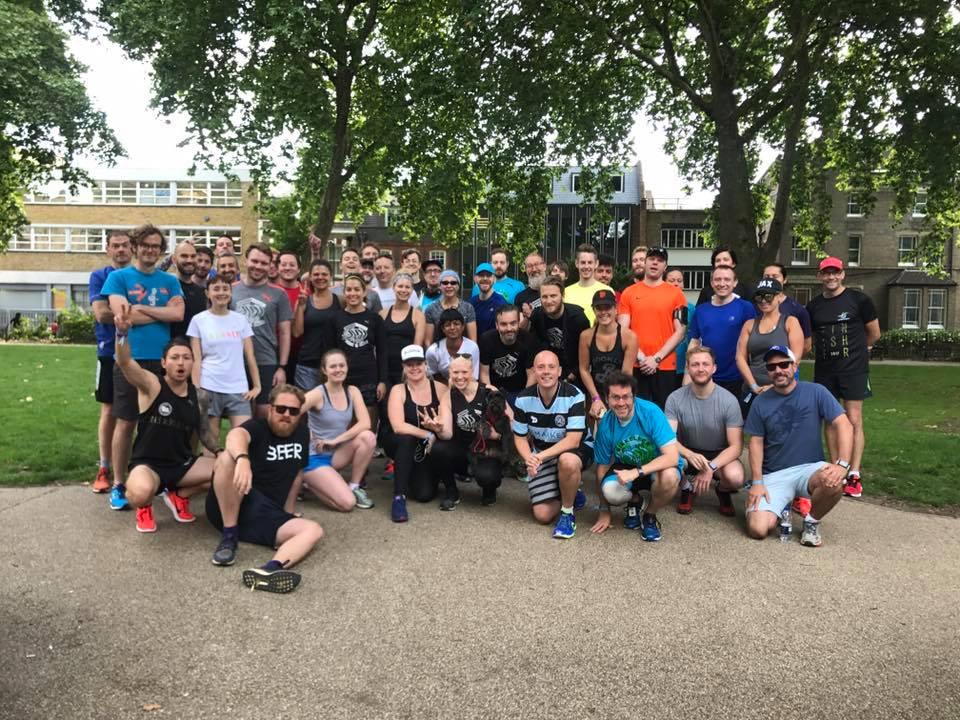 A solid turnout for a hungover Sunday!