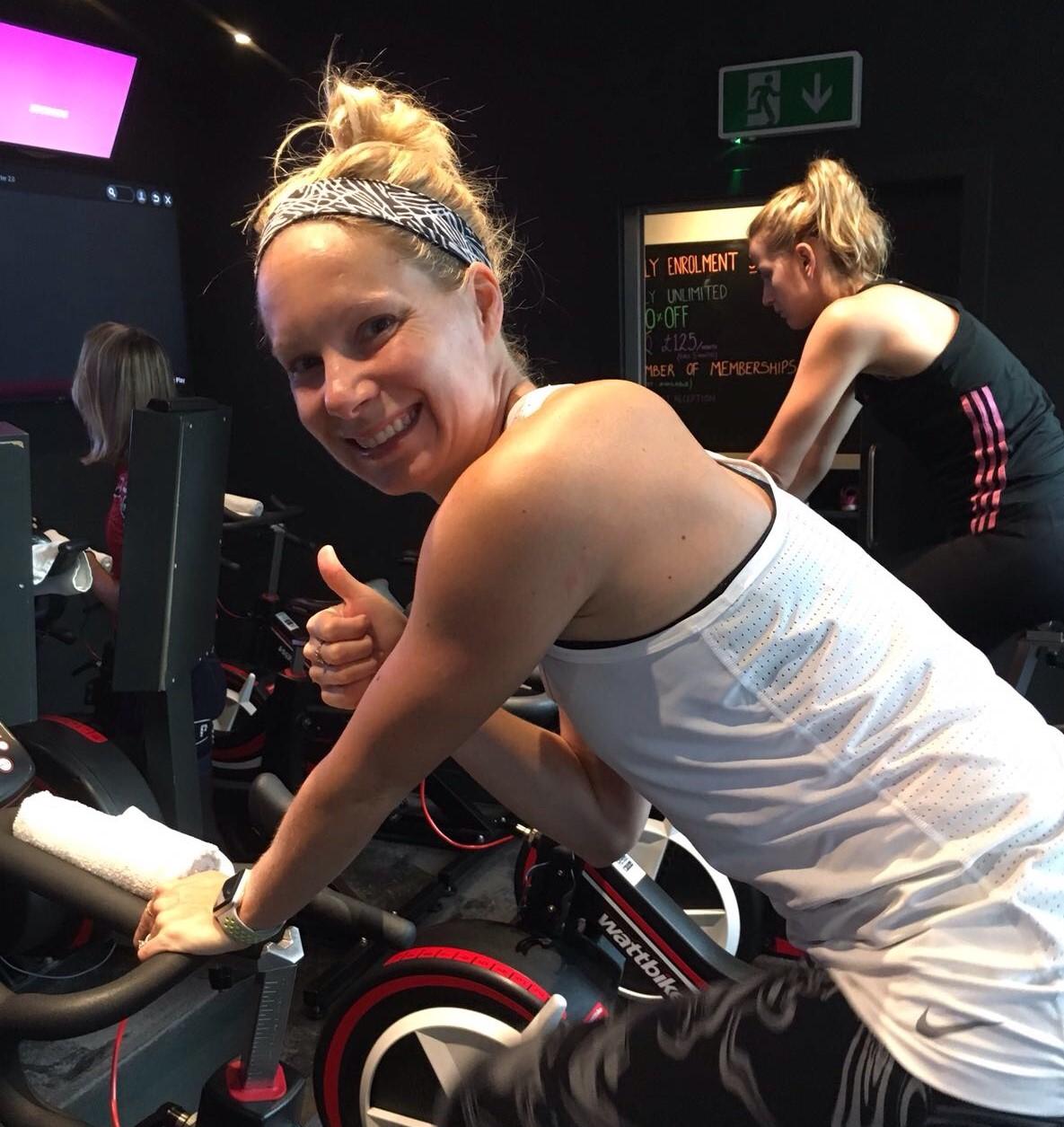 Gearing up for Cycle Mountain Burn… not a great picture but it was 7 am.

Earlier this week, I decided to check out a spinning class at SOMA, a boutique fitness studio in Spitalfields Market. The fact that it was in Spitalfields Market meant that I was immediately drawn to it. This market is one of my all-time faves, and has a special place in my heart because it was where I went the very first day I lived in London. I drank mulled wine and bought a weird furry scarf. It was a good day.

Formerly Ethos, the studio is in the midst of a rebrand. Set to relaunch in September, there’s some really exciting upgrades underway including a new chill-out terrace, changing room upgrades and new cycling room features. I decided to go to the 7:15 spin class called Cycle Mountain Burn. 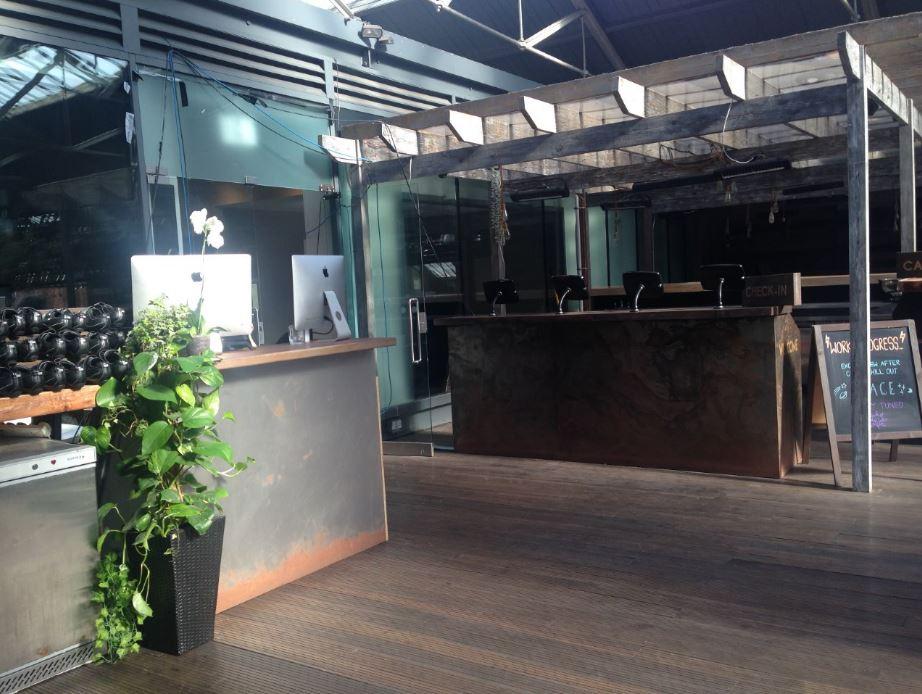 Even though the reception area is still being renovated, it has a trendy, welcoming vibe. I was greeted by some lovely people, given my cycling shoes and shown where to go. 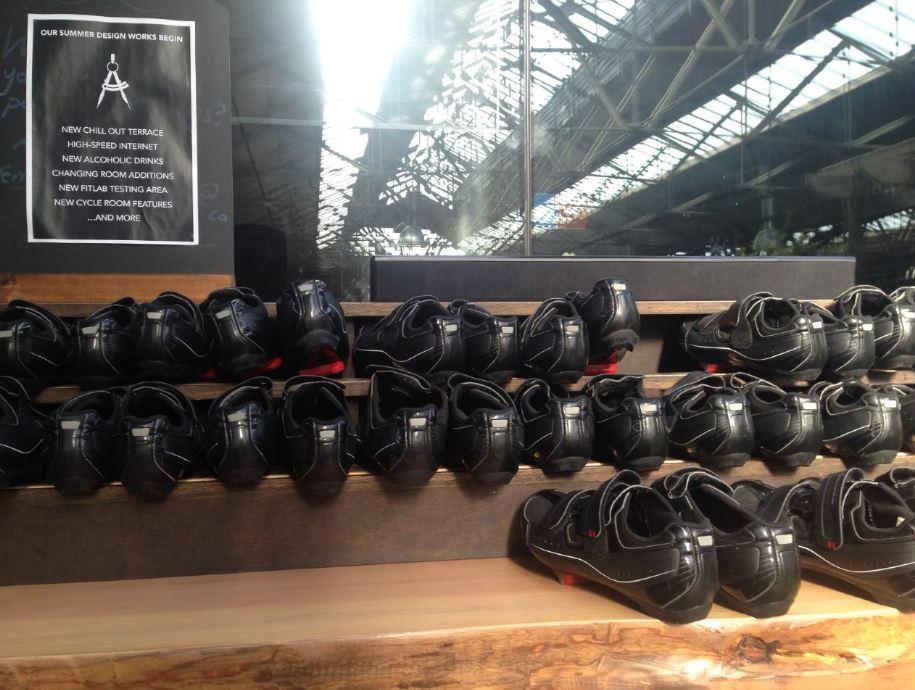 The studio has two additional fitness rooms. One for TRX and another for yoga. Even though some serious training takes place here, it has the vibe of a luxurious spa. 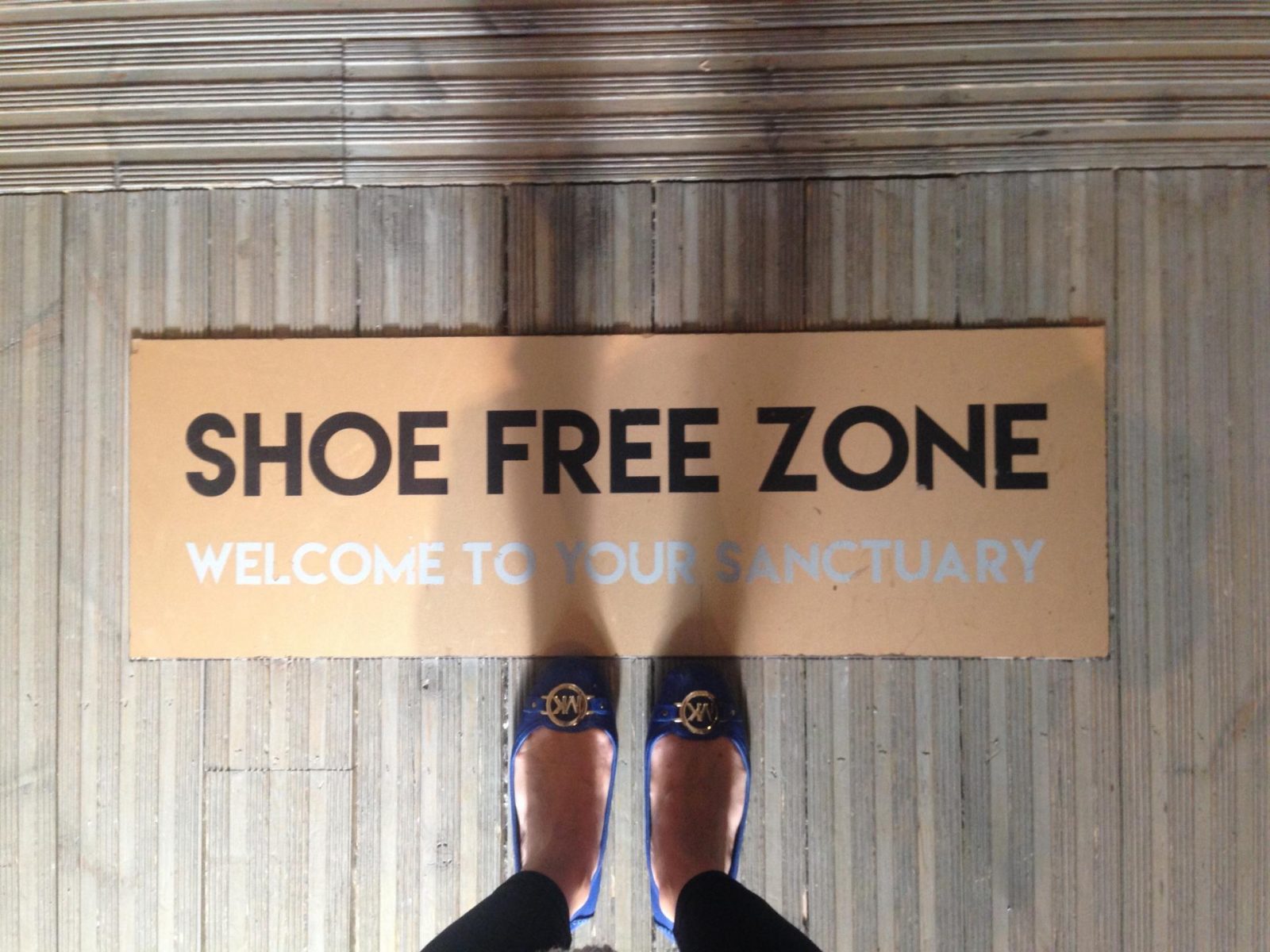 While the cycling room is small, it is not to be overlooked. 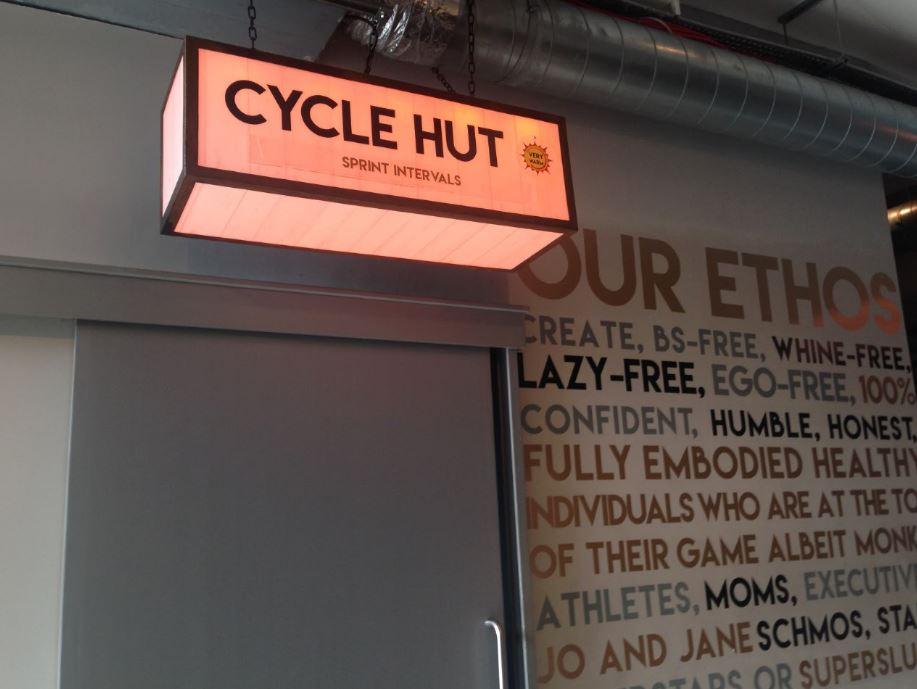 I was delighted to see Watt bikes since this was the same bike I did all my indoor training on in advance of my triathlon. I was hopeful I wouldn’t look like the typical class newbie. 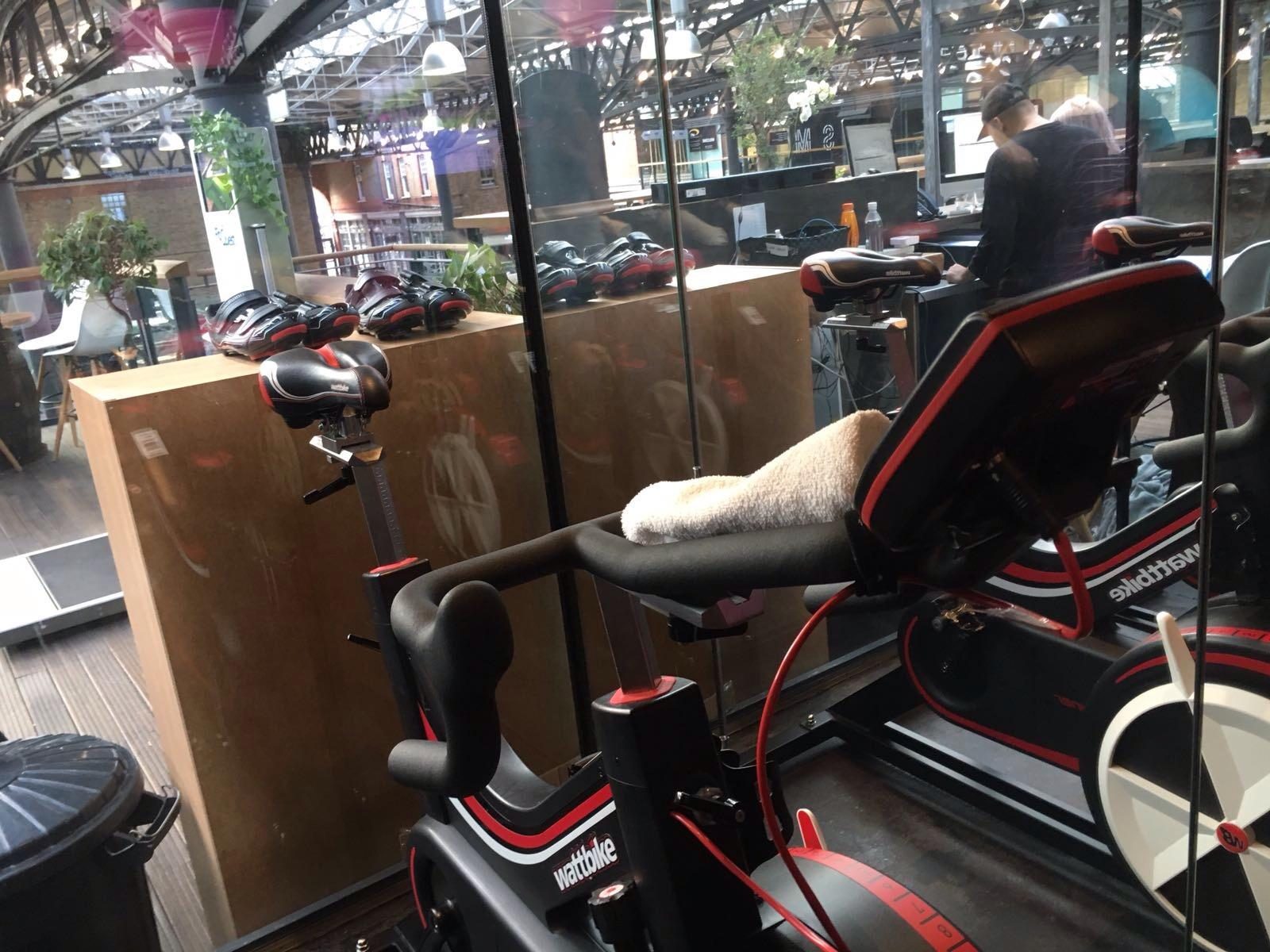 The front of the class has three large screens, two for cycling data connected to each rider, and one in the centre showing some real cycling video. In our case, it was some cyclists powering up a large hill. A fitting scene for our impending 45 minute mountain climb. 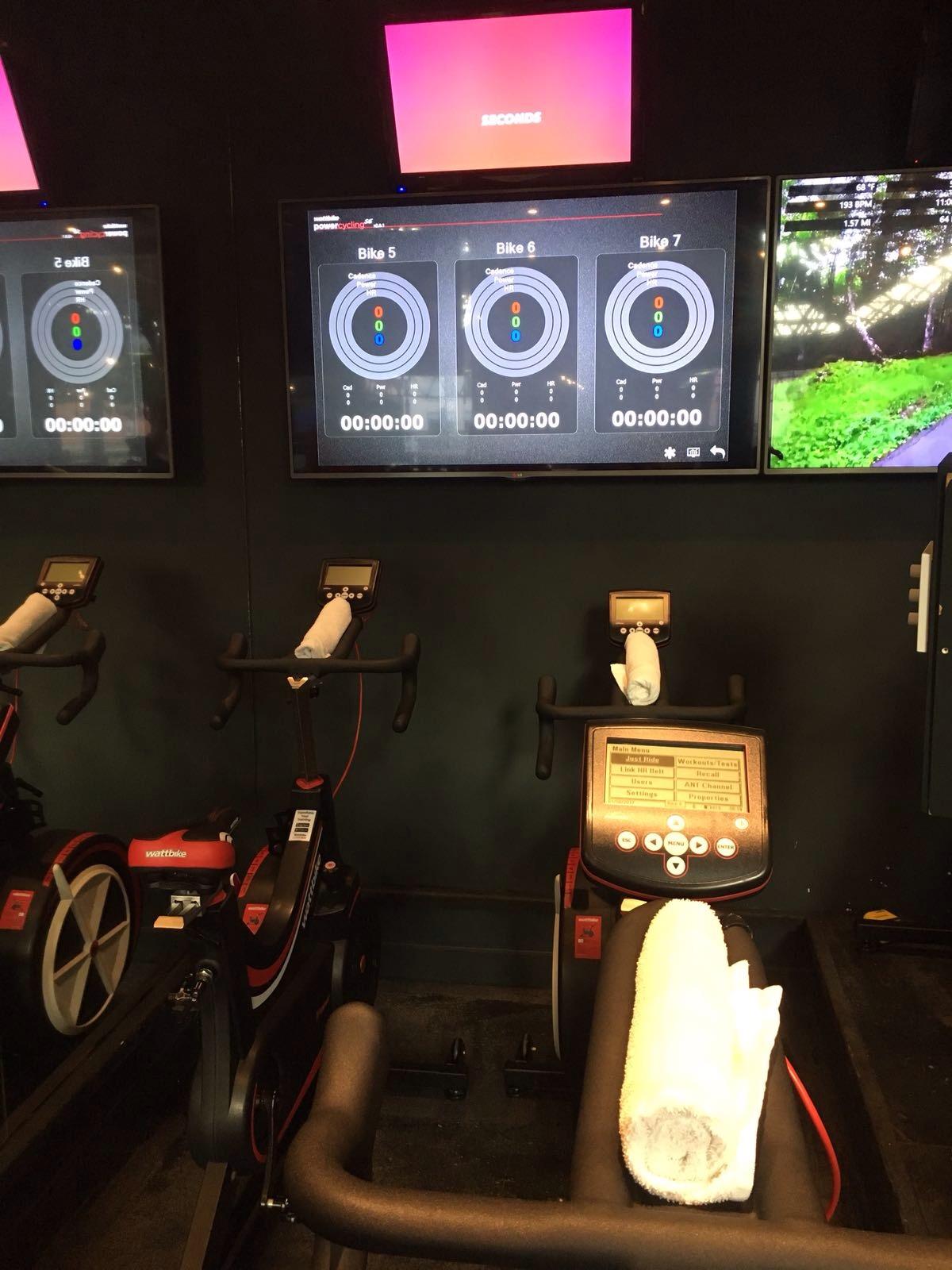 Our instructor was excellent, ensuring proper bike setup and advising people individually based on their abilities. Effort is measured by RPMs and resistance, controlled by an air brake and magnetic resistance. Each segment of the class is measured in minutes, and clearly timed and indicated on the screens. The data nerd in me was thrilled!

I immediately realised the class was going to be a tough one and was ridiculously and utterly sweaty after just a few tracks. The insane idea I had that I may not have to wash my hair, and could maybe get away with just some dry shampoo after the class was completely and totally thrown out the window within minutes of our ride.

The absolute best part of the class was when someone came in, mid-way through, with cold towels for everyone! They smelled faintly of….I’m not sure what…. Lavender? Mint? I don’t know but it was just so totally luxurious and so very needed. I was beyond thankful. I put it on my neck for a bit and it made the subsequent minutes so much more enjoyable as I powered to the end of the class.

What a workout! Just like my recent experience at CycleBar in Toronto, I burned far more calories than my average spin class at Virgin Active.

The change rooms are lovely, and I was delighted to see the showers stocked with lovely Cowshed products. I had brought an awful (though convenient) shower gel/shampoo/conditioner blend and was very happy to not have to use it. 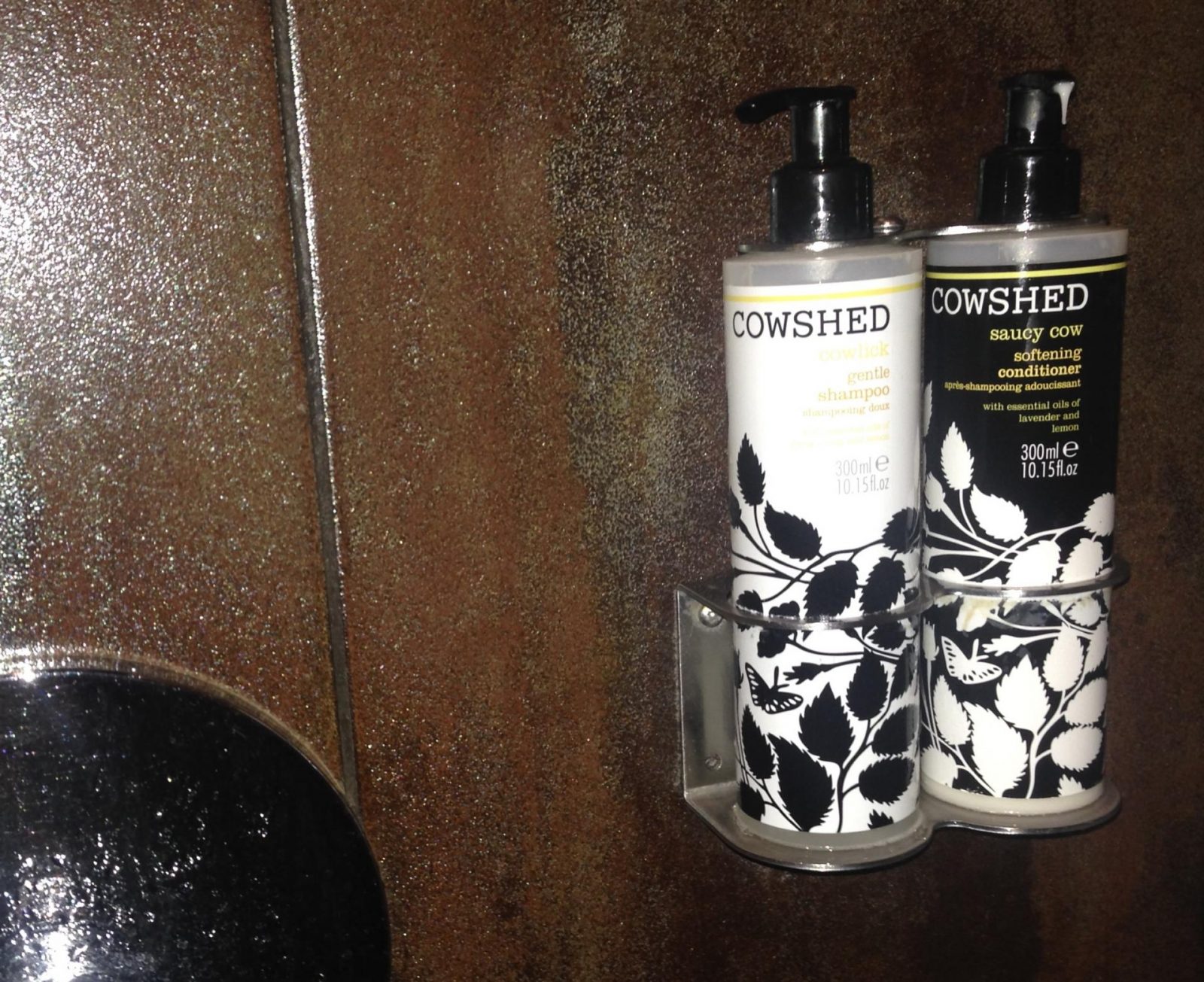 At £20/class, it’s not cheap, but the experience is definitely premium, so if this sounds like something you would like, buying 10 or 25 class credits at a time is definitely the way to go. Also, if you’re interested, it seems they are having a Grand Launch on 16 September. You can register here for free.