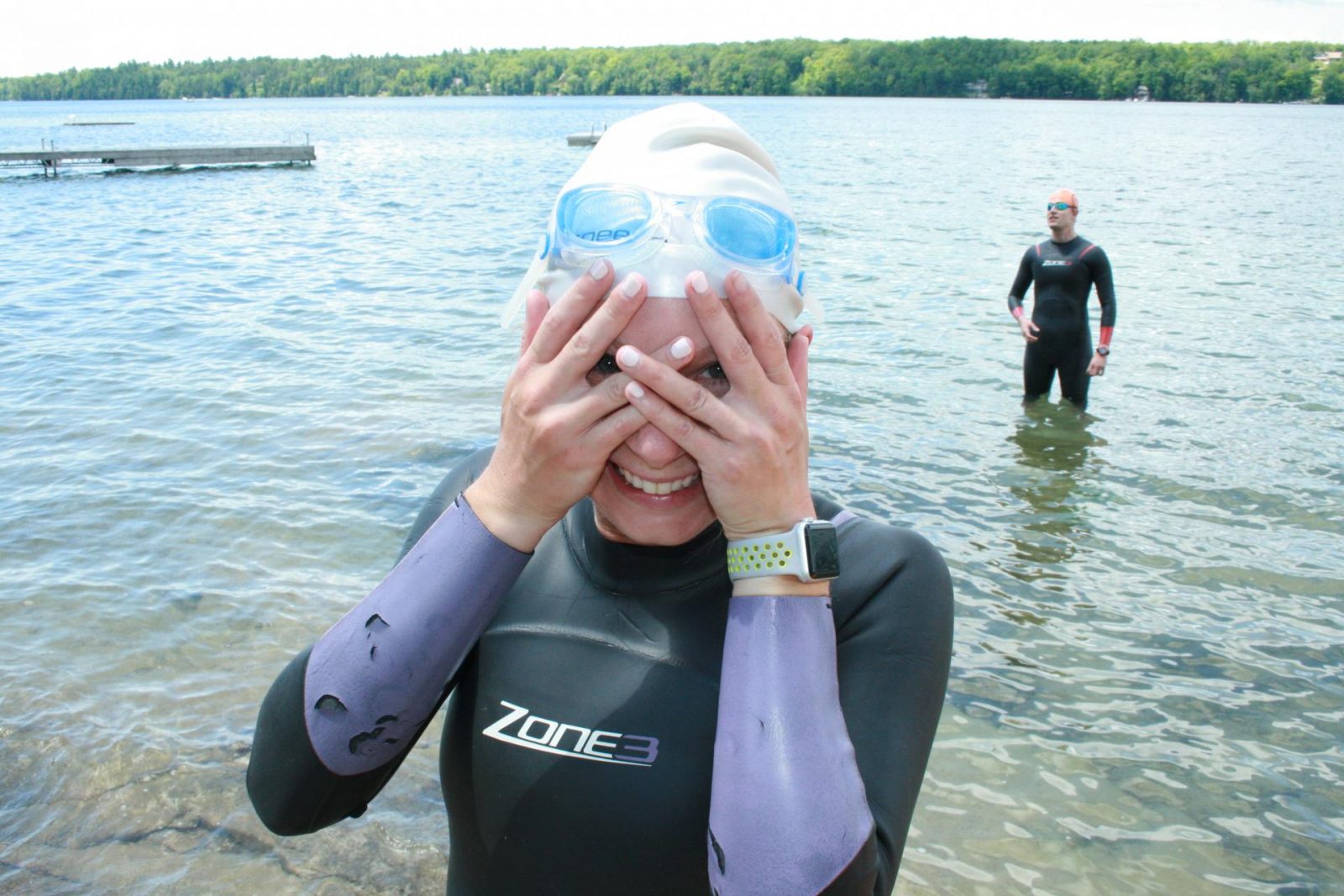 The London Triathlon is less than a week away. While this will be my third triathlon, it will be my first Olympic distance triathlon which consists of a 1.5K swim, 40km bike and 10km run. That means it is twice the distance of last year’s event.

Somewhat surprisingly, I’m feeling pretty good about the whole thing. This either means I am undertrained and totally naïve, or I’m ready. Let’s hope for the latter.

We just got back from a great summer visit to Canada. While the trip involved a lot of social gatherings, we managed to squeeze in quite a bit of training. In addition to having my ass kicked at CycleBar in Toronto (more on that here), we also did a bit of running, and a couple great open water lake swims.

My husband’s family’s cottage is on a lovely little lake called Sandy Lake. It is about 800 meters across from his cottage to the other side. I have swam across it before, but using some combo of breast stroke and backstroke, making lots of sounds and generally trying not to drown. Now that I can actually swim a front crawl, I was looking forward to another attempt.

On Saturday, I painfully got into my wetsuit, but not without adding several new holes to the already disheveled garment. I think this might be its last triathlon. 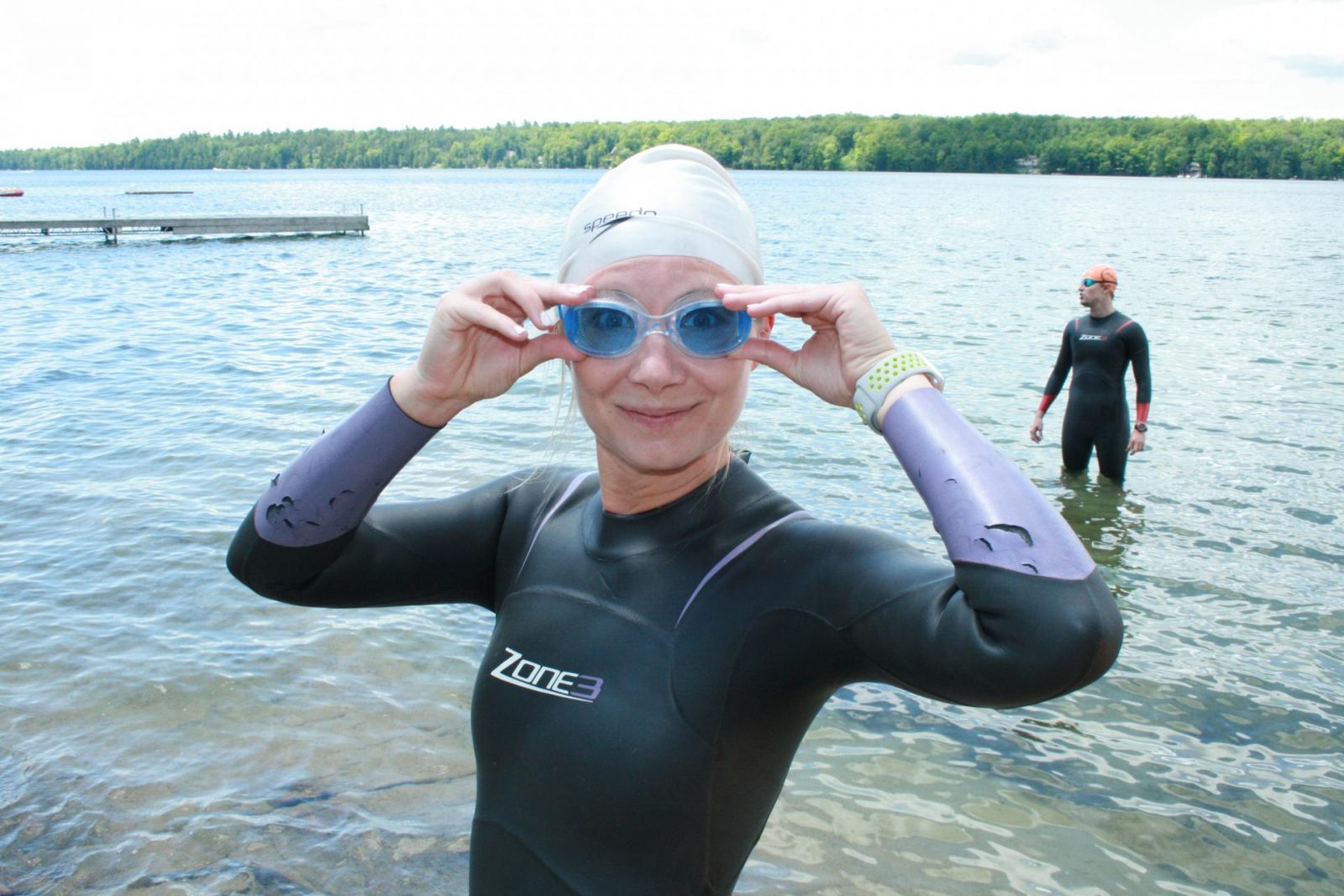 Our friends Ryan and Zack kindly agreed to canoe and paddle board near us to make sure we wouldn’t get hit by a boat. I estimated the round trip would take about an hour. 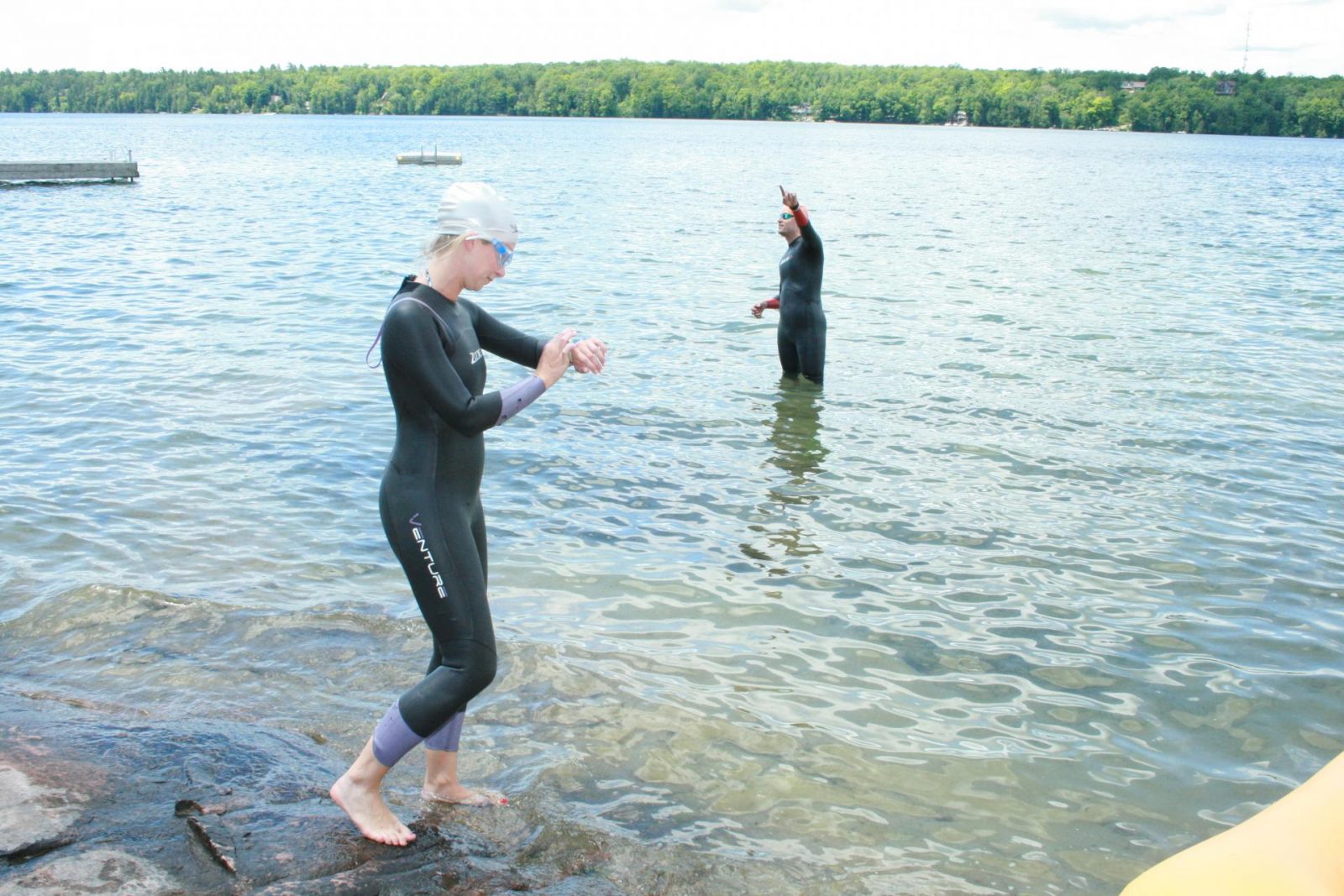 However, our swim was actually really fast! Just 45 minutes there and back which makes that one of my best and fastest swims yet! I think it was the first time I really got into a good rhythm in open water and I managed to swim nearly the entire way without any  breaks (except for when I swam into the paddle board. Whoops. Sorry Ryan!) Here’s hoping for a similar experience this weekend. 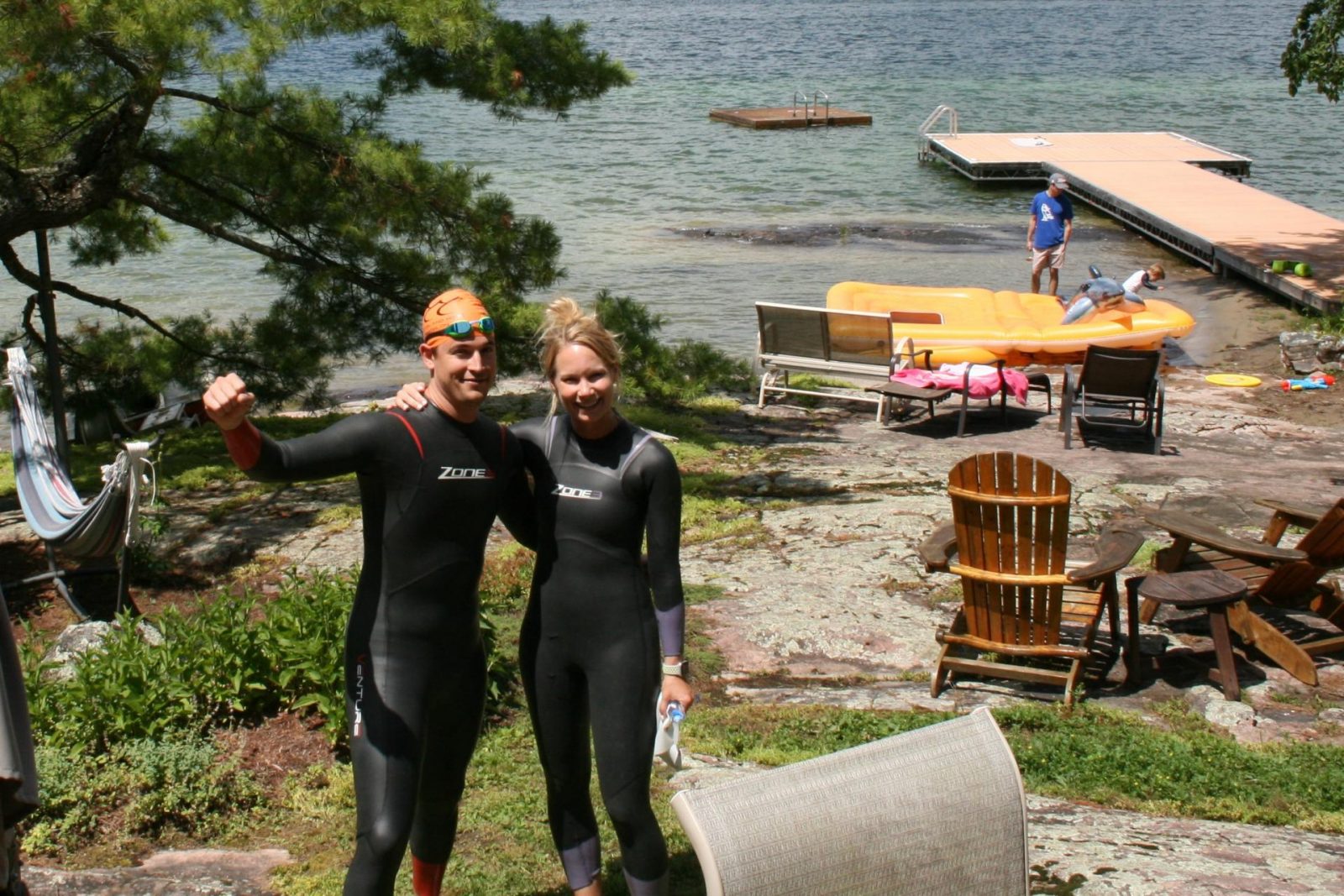 We flew back to London on Sunday night on an overnight flight. Despite the jetlag and general exhaustion from attempting to sleep on a plane, I decided to go for a run along Regent’s Canal, one of my favourite running routes. The canal looked very odd with a thick layer of green on top. It almost looked like a solid green road. It sometimes looks like this and I don’t know why. 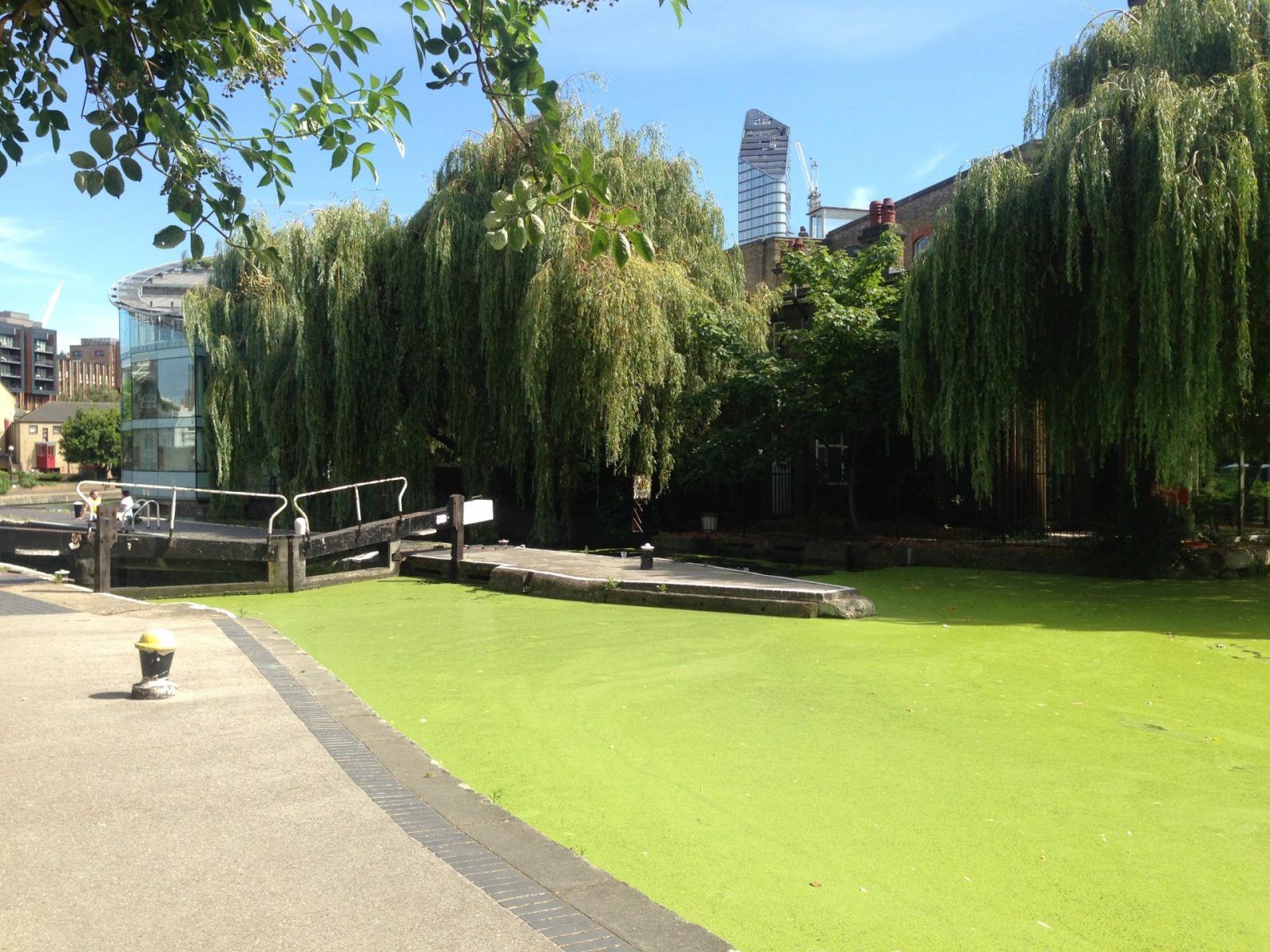 Green canal aside, it was a beautiful day. Sun shining. Light breeze. Not too hot. I decided to go for 10km. Considering I haven’t run this far since the marathon, this was perhaps a bit ambitious, but I did it anyhow. 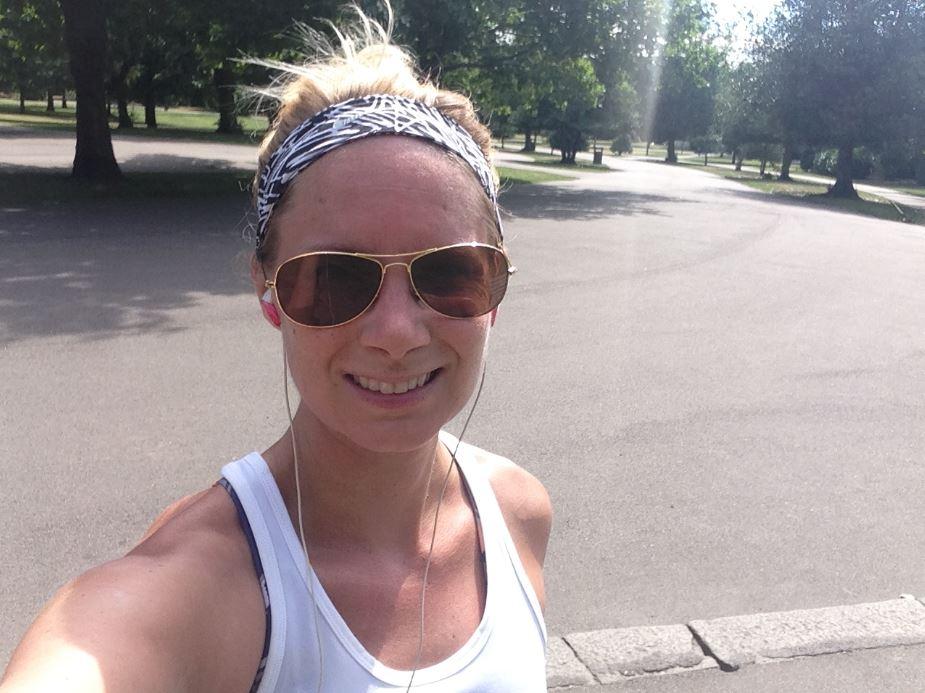 Smiling through the pain…

It was not fast or attractive running, but I did it. I wouldn’t say I enjoyed it, but good to see that my sore knee held up, which gives me confidence ahead of race day.

I was so exhausted from the effort that I promptly collapsed on the couch and slept for an hour. I was then in bed by 9:30.

Anyway, it’ll all be wrapped up by noon. Sooner, I hope. But then again, I won’t be breaking any records. I’m slow, but steady. Like a tortoise. This was always going to be my approach in the race, but then I saw this sign on my run yesterday: 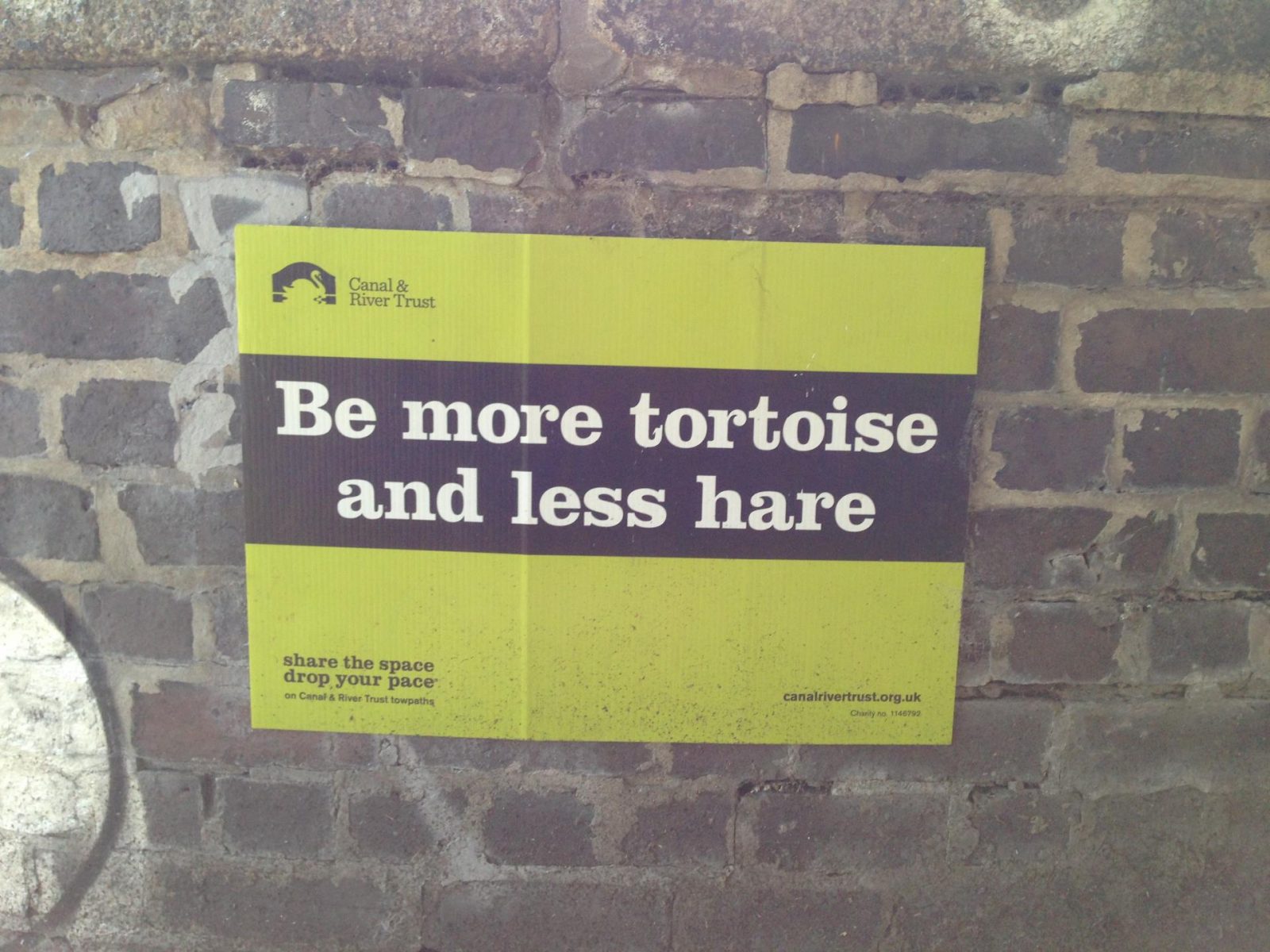 A (literal) sign that my race strategy is a good one.

After the race, I plan to spend the rest of the day celebrating with friends, wine and a well-deserved Sunday roast. Wish me luck! Race recap to come…