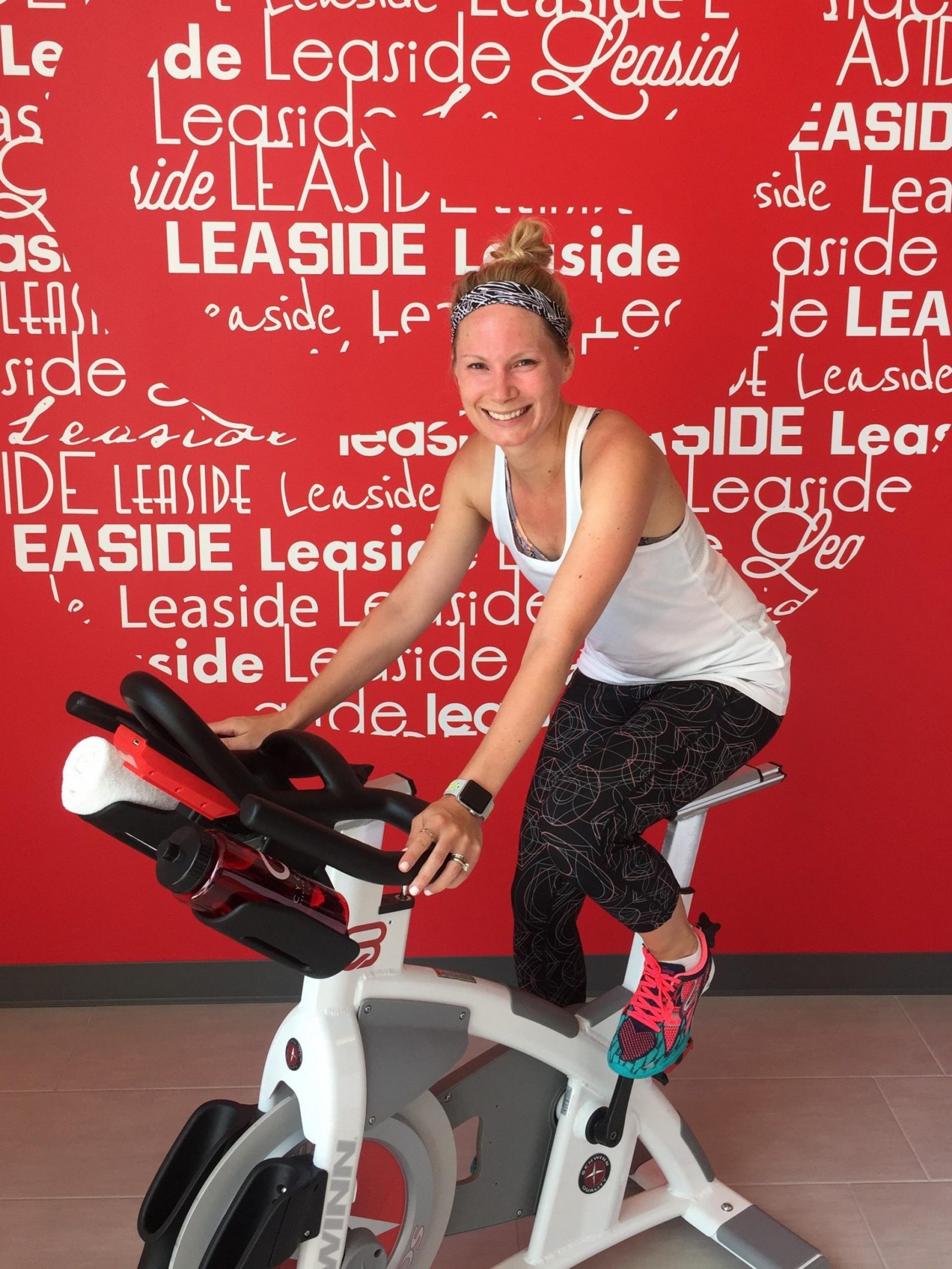 Hello from Canada! We’re back in the homeland for our regular summer visit and for the wedding of my dear friend Natassia. These visits usually involve a lot of socialising which involves a lot of eating a drinking. However, with my first Olympic distance triathlon on the very imminent horizon, some training was absolutely necessary this week.

Thankfully, you may remember that my family is a pretty active one, so there was no shortage of fitness opportunities on the table. My mother-in-law has recently been going to the new CycleBar in Toronto. This unique cycling studio is a popular American concept and this location in Toronto is the first CycleBar in Canada! It just opened in March 2017. 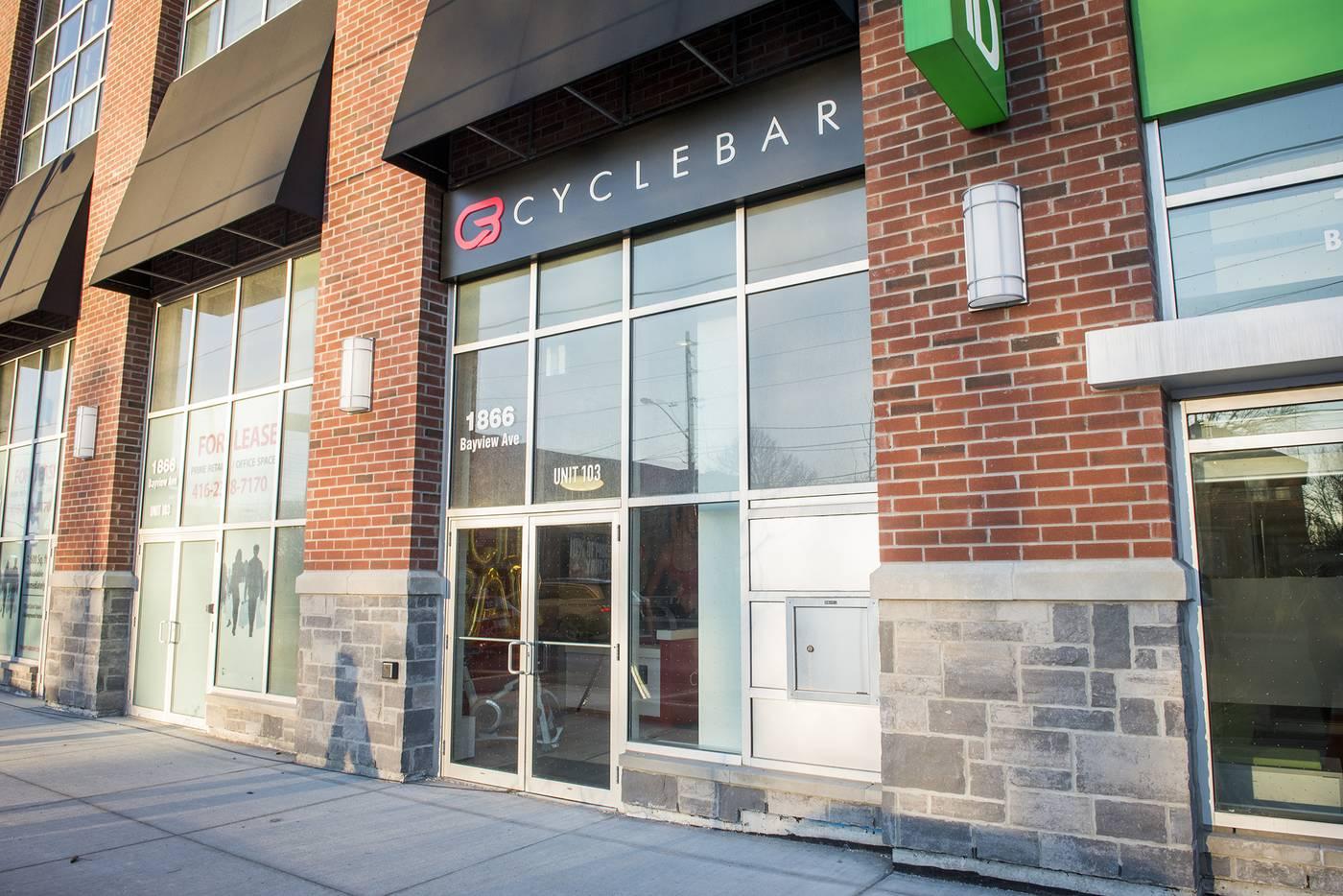 I walked in and immediately went, “Wooooah!” It was like the cycling studio of the future. 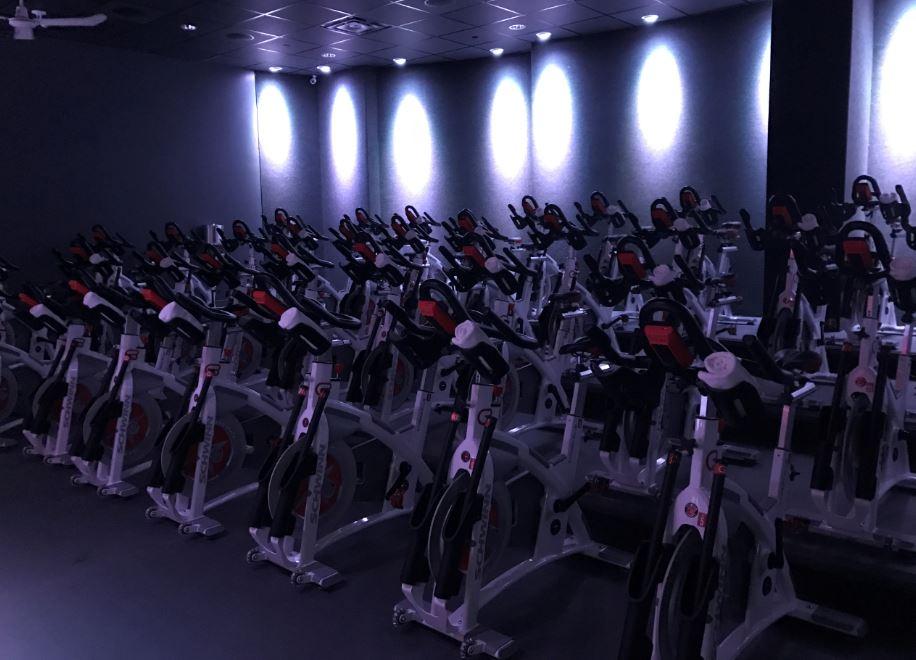 Everything was super high tech and modern. After signing up online, you reserve a specific bike in the class and sign in through iPads in the reception area. Cycling shoes, pre-selected in your size, are waiting for you and there is fresh fruit and custom water bottles available to use. 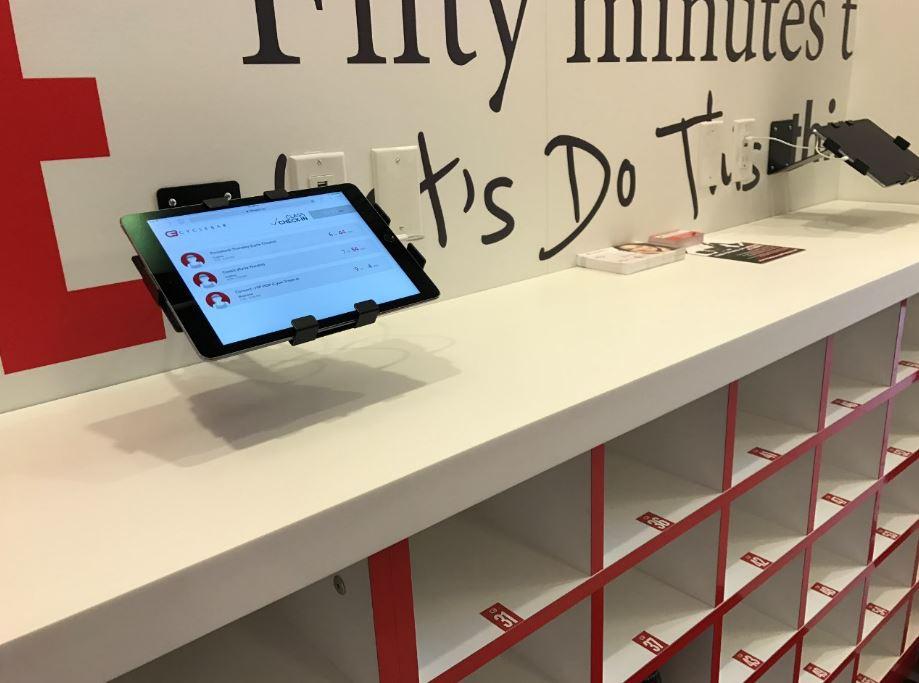 The cycling studio is massive compared to what I’m used to, and the bikes were each fitted with their own digital screen displaying RPM, distance, resistance and power.

At the risk of sounding like a super nerd, the best thing about these classes is the availability of all your cycling data. Not only is it displayed on your bike, there are large digital screens at the front of the class that display your stats to the group.

I have often wondered how far you cycle in kilometres in an average spinning class so having this information was an exciting new data point for me. We did two classes. In the first class, I went about 15km in 50 minutes. In the second class, I went close to 18km. 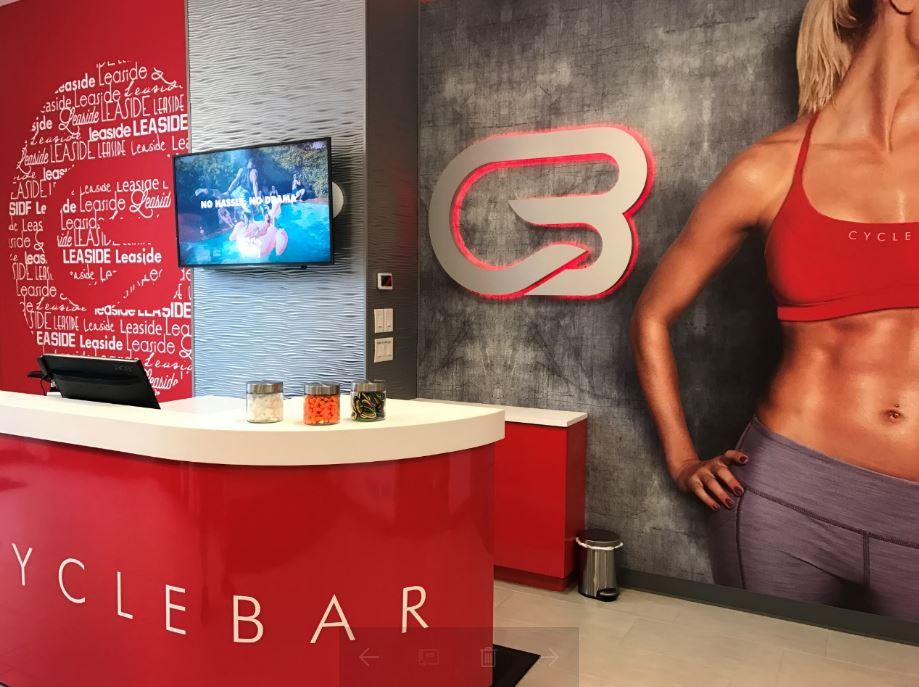 If I keep coming back, will I have abs like her??

I have been a regular at spinning classes for many years now. If you try hard, it can be a great workout. But the thing with regular spinning classes is that it’s really easy to slack off. For the most part, I often feel like I probably could try a lot harder. However, knowing that your effort is being tracked really brought out my competitive side.

In the first class I went to, the stats were tracked but only displayed at the end of the class. I came in 9th out of 11 people and I was a bit disappointed, especially considering I gave this class my full, 100% effort and was absolutely drenched in sweat. My ego was a bit bruised. 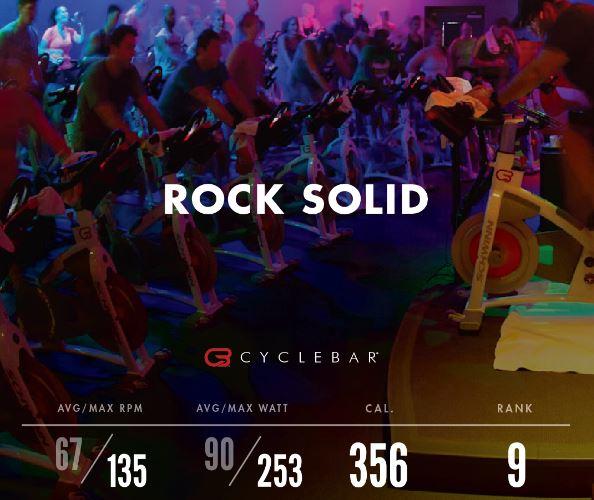 Undeterred, we went back for a second class called the Classic Ride. This class incorporates little challenges like men vs. woman, odd numbers vs. even numbers and competition by row. After each competition, it shows your place on the screen. I was desperately trying to beat my husband, but he was absolutely crushing it, finishing the class in 3rd place overall. That said, the competitive aspect of this class definitely caused me to work harder. I burned nearly 100 more calories the second day in the same time period. 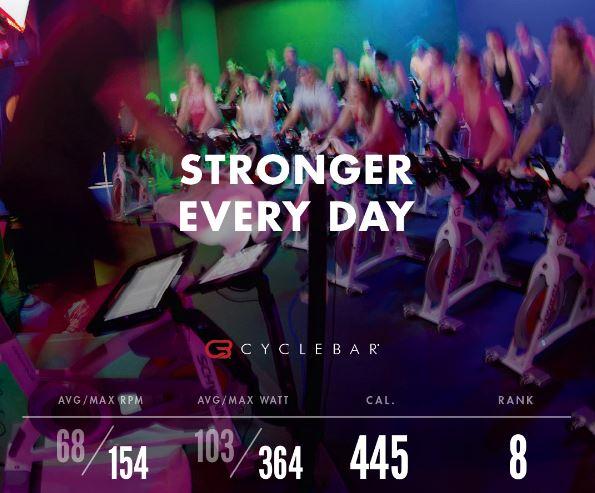 The instructors – Lindsay and Cydney – were both amazing. Dubbed CycleStars, they were high energy, motivating and seamlessly DJ’d the class through a great playlist. We had everything from house to Led Zeppelin to Beethoven! Definitely something for everyone. 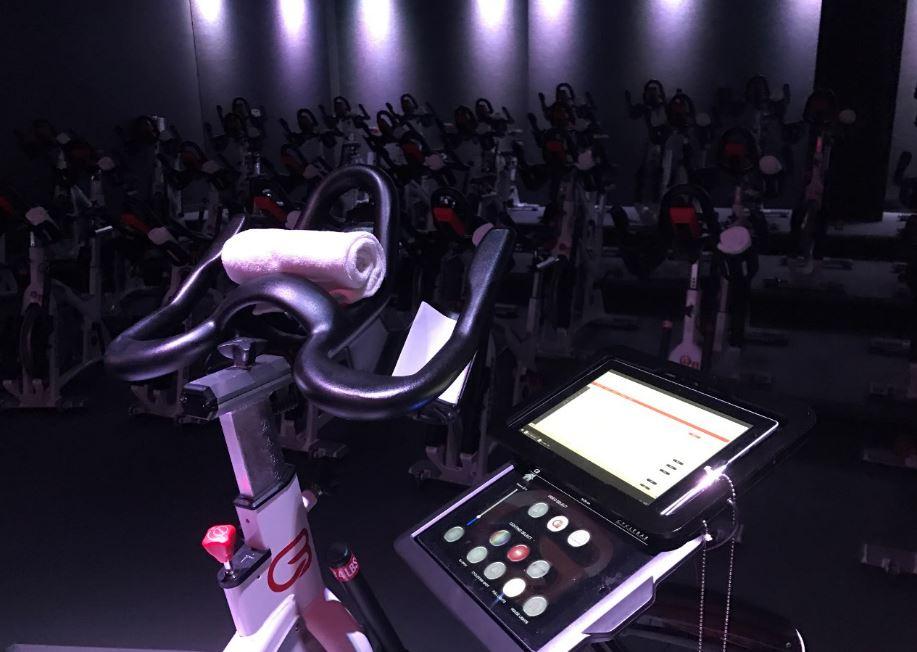 In ordinary spin classes, your arms are often neglected. It’s all about the leg power. However, at CycleBar, each bike is equipped with 4-6 pound weighted grip bars. In between speed drills, endurance challenges and hill climbs, there are arm exercises, making the entire class feel like a full body workout.

I absolutely loved these classes. I worked my butt off and for the first time in a long time, I felt genuinely challenged by a spin class. I literally let out some weird animal-like sounds or groans of exhaustion after every track. (Signs of a great class, I’d say!) 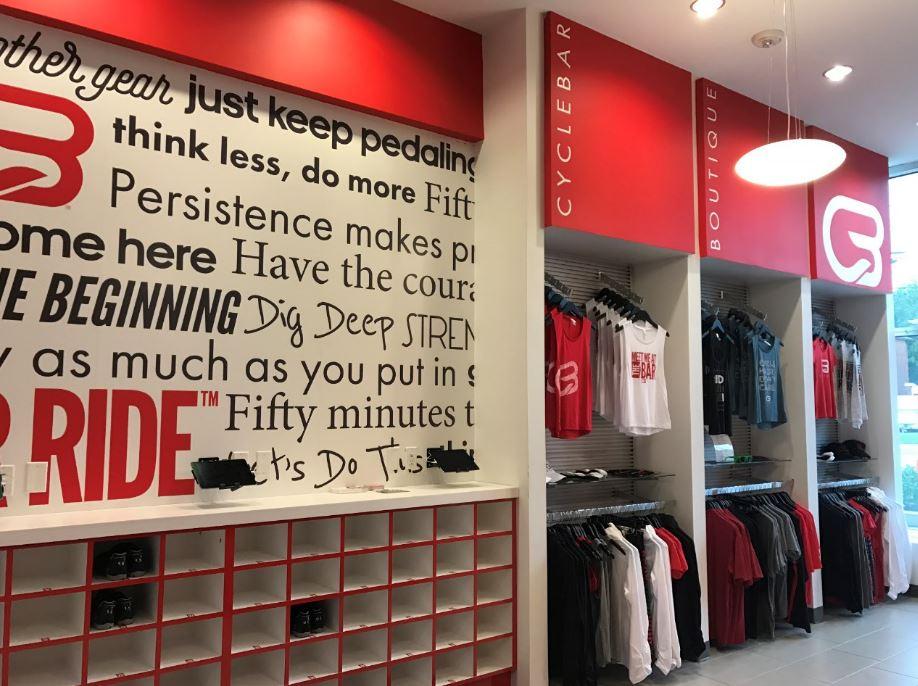 It’s a shame that there isn’t a studio in London. I know there are similar cycling studios, but I feel like this is a concept London can really get into. Either way, it was excellent cycling training ahead of my triathlon and I’ll definitely be back in December when I’m home for Christmas.

Toronto friends: if you want to check it out, you can get all the details on the CycleBar Leaside website here, or follow them on Insta or Facebook.