First of all, a very happy Global Running Day to you all! Even though I did a hard spinning class this morning, I still dashed out for a few miles tonight. My knee held up for about 3km. I’m improving. Slowly, but surely. Hope you were able to get out there today.

I wanted to tell you about this great event I went to last night! I was invited to attend the Badass Women’s Hour by the lovely Emma Sexton, one of the hosts.

Every month, Emma and two other badass women, Harriet Minter and Natalie Campbell host an hour long conversation on varying topics from the worlds of fashion, music, design, media and fitness. Billed as bold, honest and totally badass, the talks aim to bring real women’s conversations to mainstream media. The talks are recorded for a national radio show and podcast. This month’s topic was Women in Sport and they had three incredible panelists:

I was sincerely excited to hear these women speak. In the intimate screening room at the W London, I was grinning ear-to-ear just to be in the same room as these people. The conversation centered around the fact that men are the dominant figure in sports in today’s society. They receive more media attention, more money, more exposure and more attention. Panelists were asked when and how this is going to change. 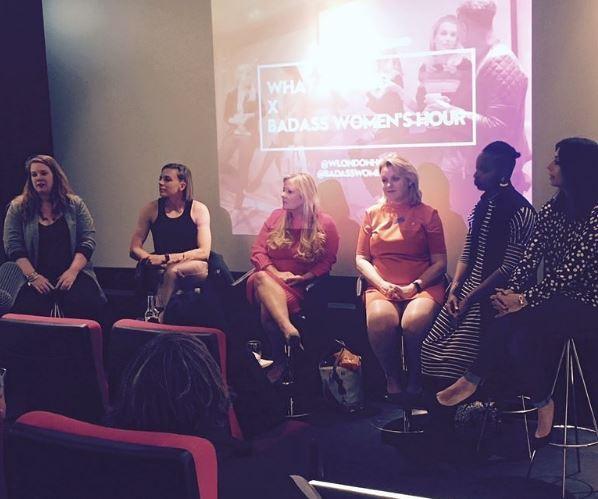 Each woman had their own unique take on the situation. Coupled with interesting personal stories and anecdotes, they had the room both roaring with laughter and at times, near tears.

While the entire conversation was fascinating, I thought one of the most interesting points was from Alison Kervin. Back in her early journalism days, she used to fax story ideas under the name A. Kervin to ensure male editors would give her a call back. If they saw a female name on a story about sports, they immediately dismissed it. While the situation is better today, she is still very much subjected to sexism and a constant assumption that she knows nothing about sports simply because she is a woman. 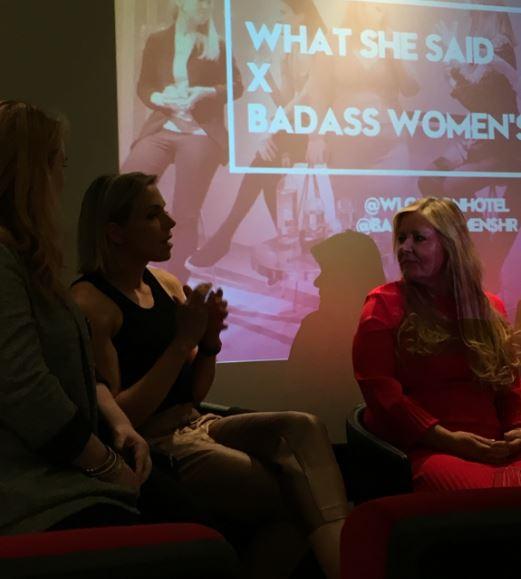 When asked whose responsibility it is to ensure that more women’s sports are covered in mainsteam media, she had an interesting response. She explained that a newspaper is a commercial enterprise. Its goal is to drive sales. To do this, you have to write content that people want to read. When a major men’s sporting event is on, multi-page spreads of every player and game drive exponential sales. When faced with this reality, you have to make editorial decisions on what to cut. And, you aren’t going to allocate column inches to a story about women’s football when you know that no one is reading it. Sad, but true. 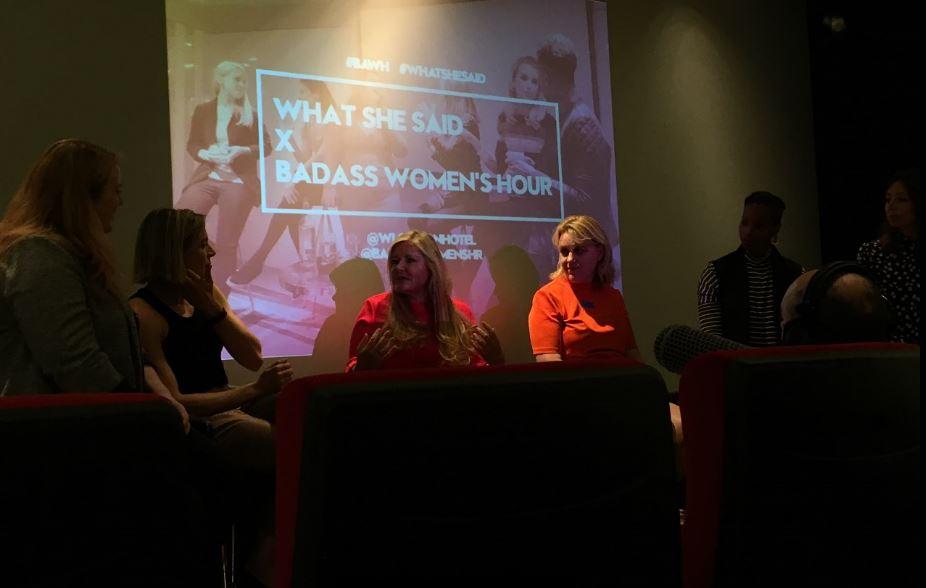 To change this, she said that women need to start taking an interest in their local female sports teams. To underscore the problem, she asked the crowd how many people knew the name of the captain of their local women’s football team. Not a single person raised their hand. It was a pretty compelling argument, and frankly, made me feel like a bit of a hypocrite. It’s easy to blame the media for being one-sided. However, women have a responsibility to help fix this problem too. We have to start taking an interest in female athletes and sports teams. As soon as clicks on stories about female sports teams start increasing, people like Alison will have a much easier time selling in these stories.

This was just one interesting point in the hour-long discussion. It was truly an inspiring event. If you’re interested in listening to the entire talk, you can tune into talkRADIO on Saturday at 8pm, or download their podcast. Check out the website for more details, and maybe I’ll see you at the next talk!