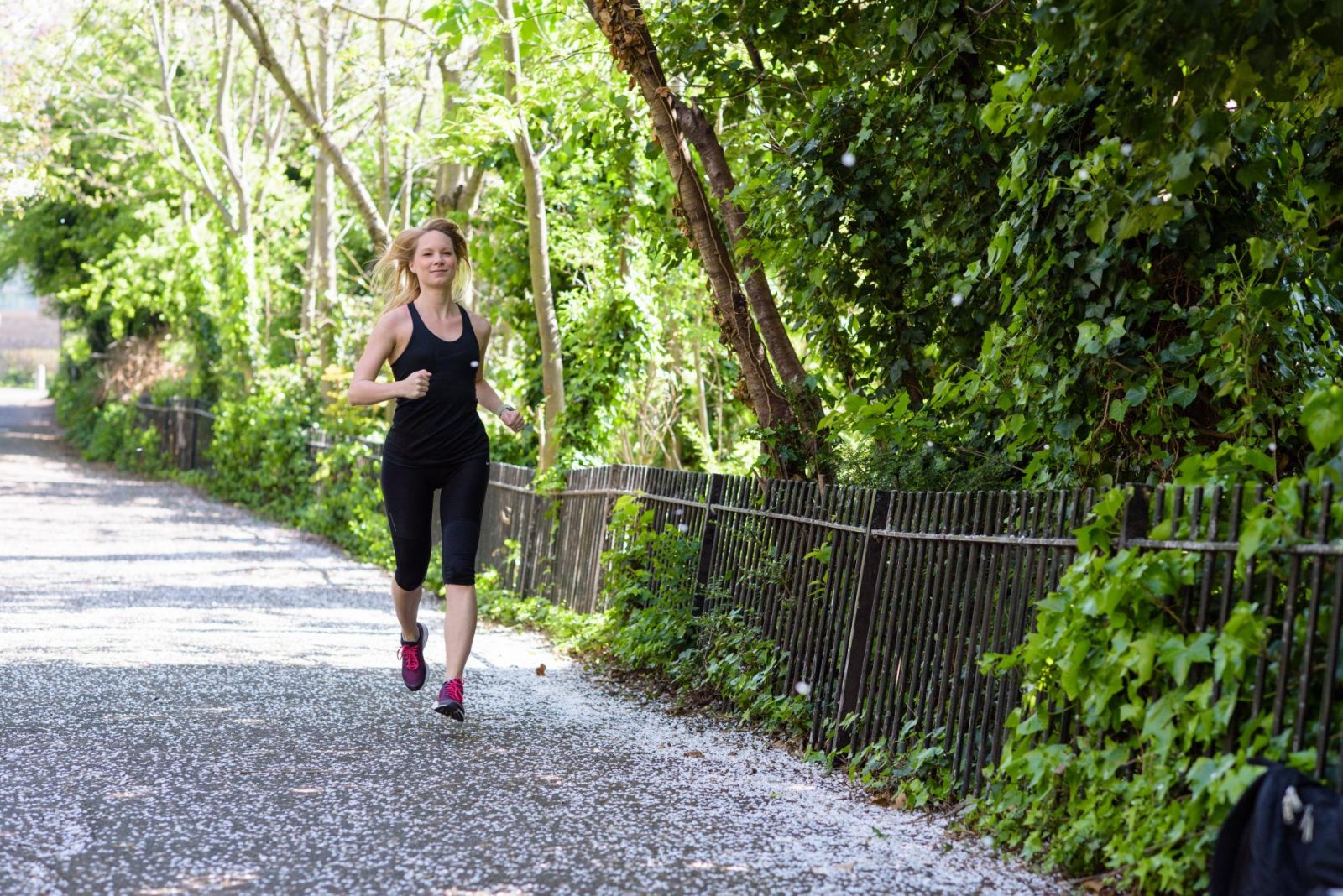 Last week, I went back to physio to have my knee looked at. I haven’t been able to run longer than a few kilometres at a time since the Geneva Marathon due to some lingering knee pain. I was reasonably convinced it was nothing serious but this forced break from running has been distressing me. While it’s forced me to focus on cycling, running is my first love.

With The London Triathlon coming up, I know cycling should be my priority vs. running. I just don’t like it as much. Maybe it’s just because I’m not as good at it as running. I feel like a newbie. An imposter. Every time I’m cycling, I’m wishing I was running. I used the watt bike at the gym yesterday and found myself longingly watching the treadmill runners. Even though I cycled hard for 30km, I didn’t feel the same sense of accomplishment as I do from running. I nearly forgot I even did the workout.

Last week, I was hobbling past the King’s Cross Nike store right at the time when the run club was returning from their run. I watched them as they headed back to the store, on a high as they finished the final meters of their evening run. I wanted to be with them. I wanted to tell them that I was a runner too! I was just injured. I was jealous of their strong, able legs and mad at my own stupid knee for letting me down.

Thankfully, the lovely people at Six Physio assured me my knee pain is nothing major. After checking for things like a meniscus tear or IT band injury, I was deemed more-or-less fine. It’s an overuse injury and my knee cap is kind of wobbly. After a deep sports massage, I was taped up and told to attempt running again. Hooray!

On Saturday, I went back to Parkrun for the first time since February. My last Parkrun was my personal best for 5K: 24:14. I knew I wasn’t going to be anywhere close. I wasn’t even sure I would be able to finish it. I promised my husband I would not be mad either way. 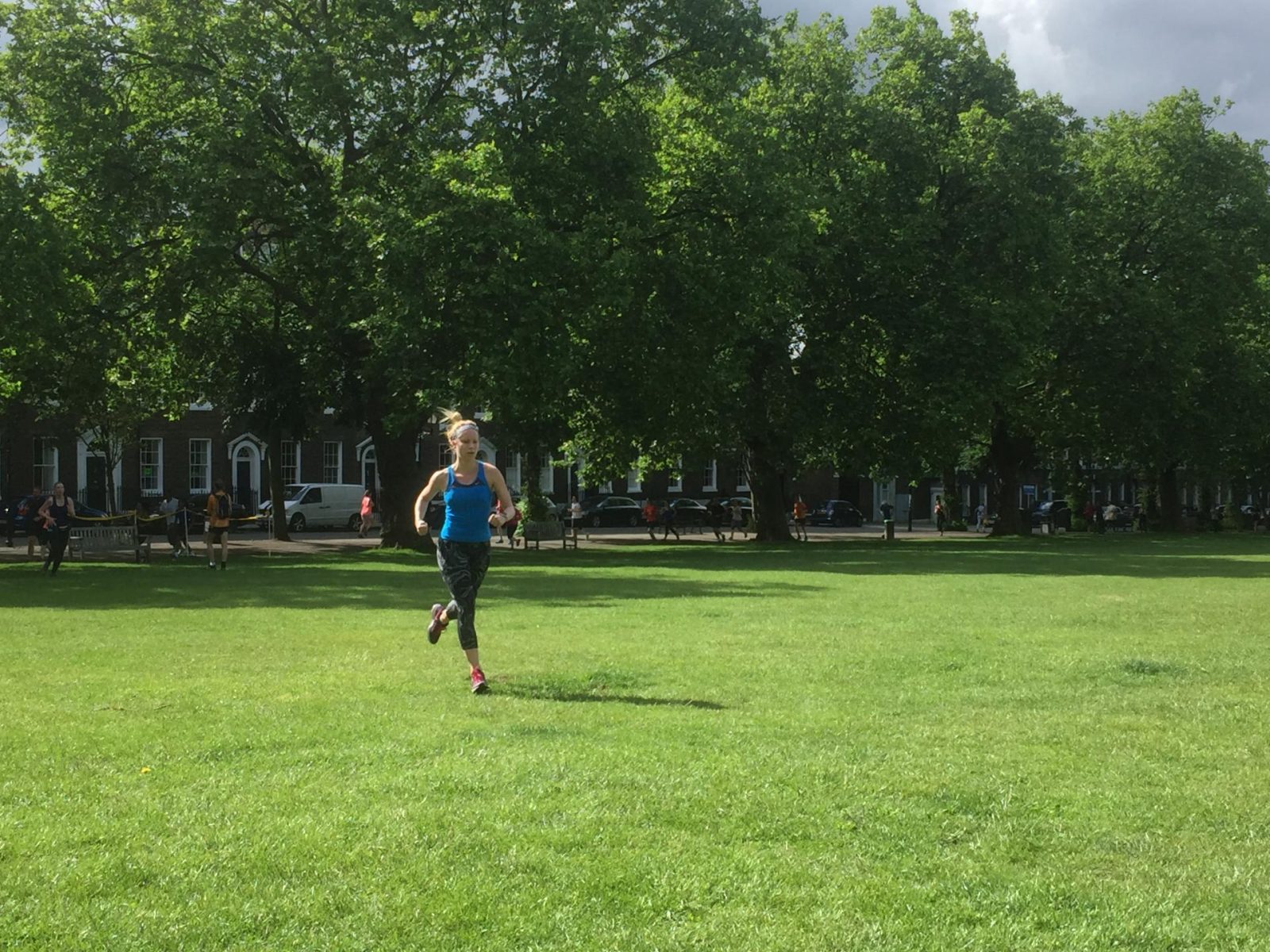 Coming into the finish at Parkrun in Highbury Fields

Thankfully, I made it around the course, but not without some pain. As usual, it kicked in around 2km, but this time, it didn’t escalate. It just stayed the same, allowing me to plod on to my personal worst time ever for 5K: 27:43. 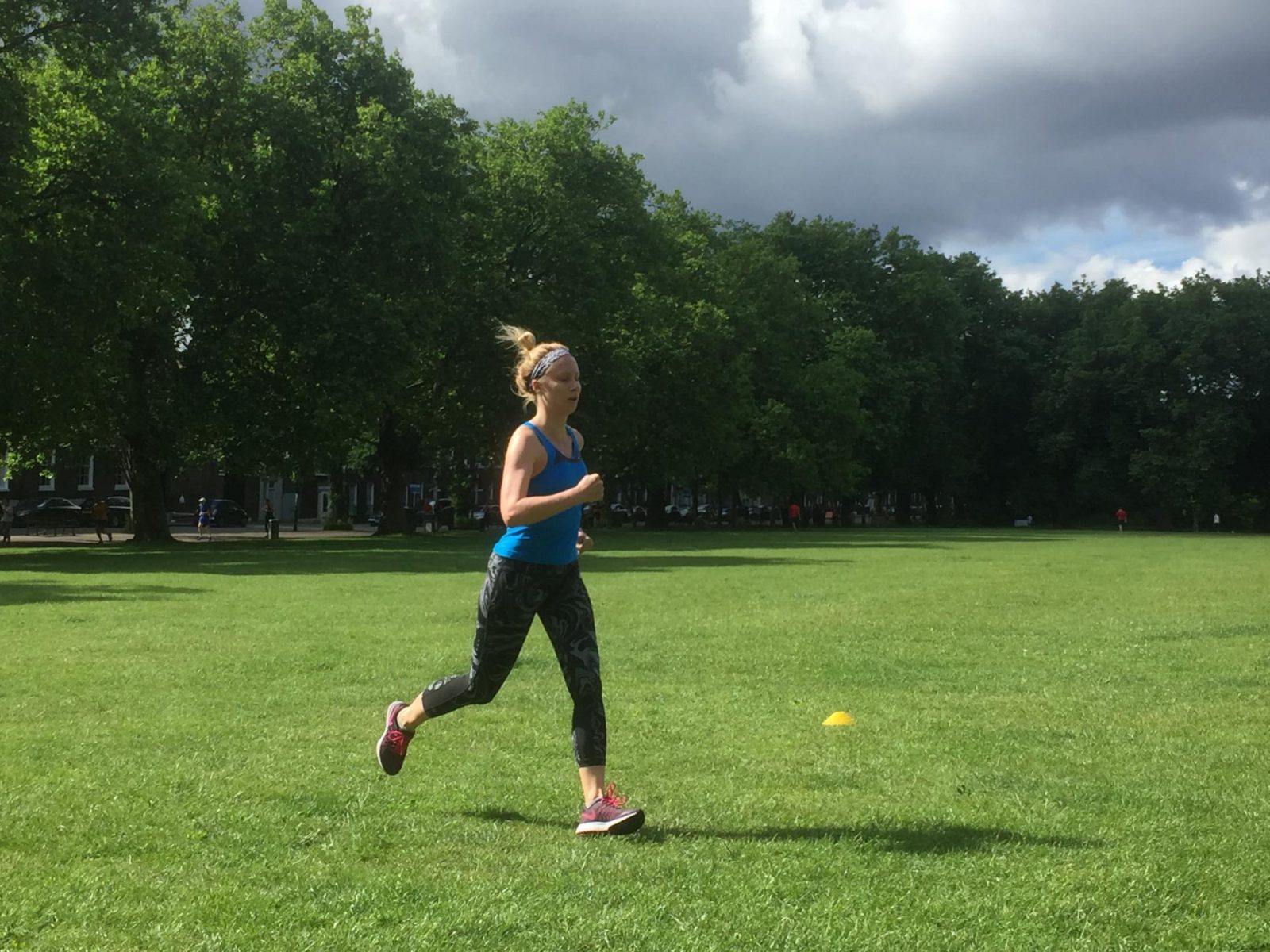 But I was actually nice to myself and felt happy having just done it. It felt good to be back at Parkrun. After so many long, slow runs, maintaining a pace of 5:32/km with an injured knee is nothing to sniff at. After the run, we took our bikes to Finsbury Park and cycled around for a little while. I’m still getting used to my new cycling shoes so this was good practice around the hilly terrain. I fondly reminisced about the Women’s Running 10K I did there last year.

Of course, deep down, I know this is a pretty typical part of marathon recovery. I’m not the only person in the world that has had to take a break from running due to post-marathon fatigue or injury. I’m not ruined. My knee will be OK. I will run again.

Until then, I will try to embrace the bike. Maybe some new cycling clothes will help.