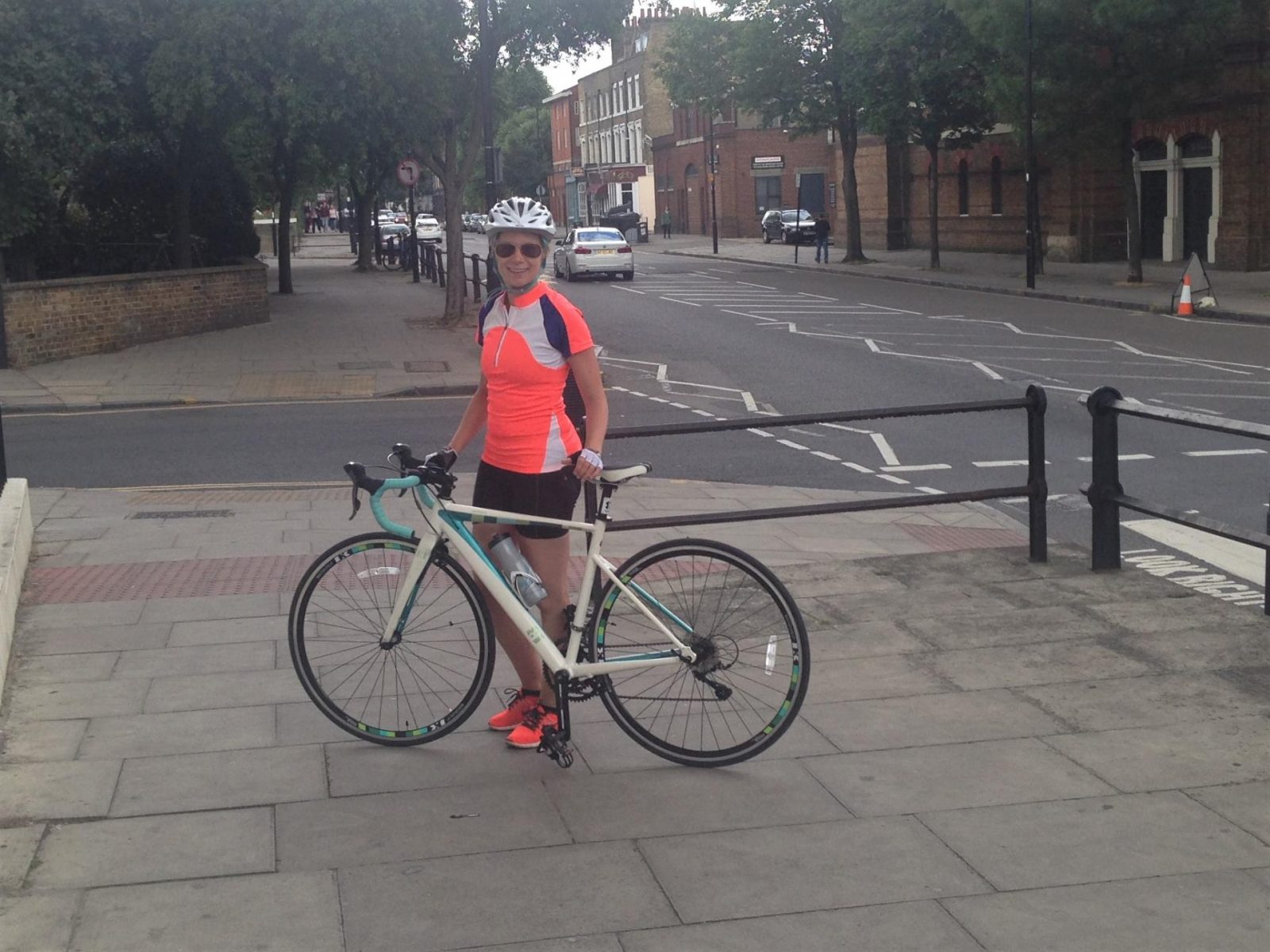 I haven’t been able to run since the Geneva Marathon. Something is wrong with my knee and I can’t seem to run more than about 2km. It is devastating. Over the past three weeks, I’ve gone from my fittest, most bad-ass self, to feeling like a restless blob.

This forced break from running has encouraged me to focus my anxious energy on something else. Cycling, thankfully, seems to be alright with my painful knee. And, this is perhaps a blessing in disguise. I have an Olympic distance triathlon coming up in July and cycling is my weakest sport.

Back in February, I purchased cycling shoes. For months, I was riding my road bike in my trainers, terrified of “clipping-in” but I finally purchased the equipment and changed the pedals. Cycling shoes are the combination of bike shoes with special cleats on the bottom that attach to your pedals. They are kind of like a ski binding. And frankly, they filled me with fear. The idea of having my feet locked to the pedals seemed like a recipe for catastrophe. 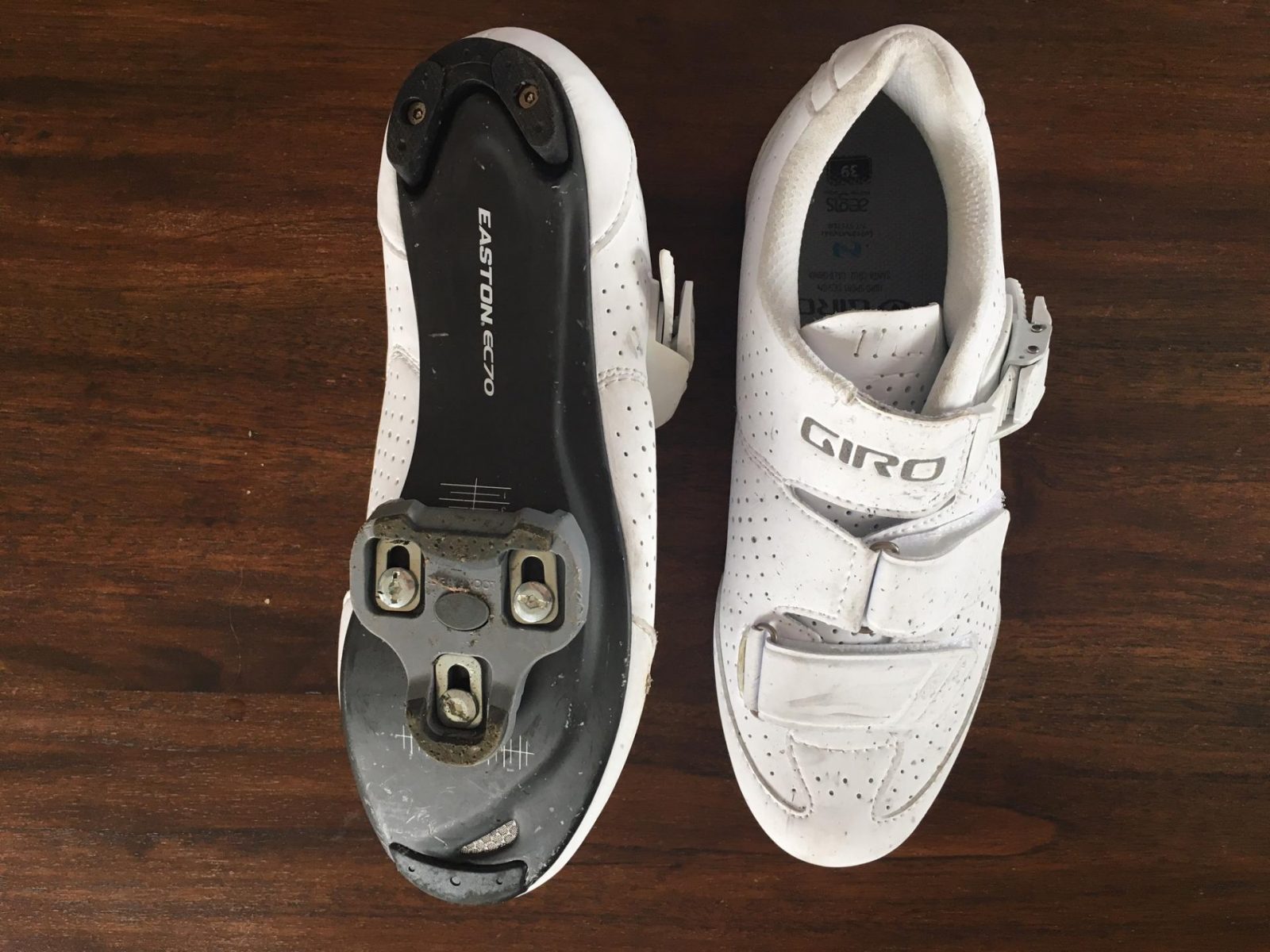 Perhaps white was a bad idea…

As a result, I ignored my bike for months. I knew I should tackle my fears and try it, but avoidance was easier. Besides, I was training for a marathon!

My excuses have now run out.

This past weekend, we were invited to do a long ride in the countryside with some friends. I hesitantly agreed knowing that I was going to have to face my fear head-on… and be the weakest cyclist of the group. Nothing like a deadline to spur you into action!

So like any new student, I diligently watched instructional YouTube videos. I practiced clipping the shoes to the pedals with my hands several times. Then I stayed inside, holding on to the wall, practicing with my actual feet. Reasonably convinced I could navigate the mechanics, I took my bicycle outside for the real test.

I tried one foot, then the other. And then I finally clipped both in and rode around. It was awkward and I felt nervous but I did it.

Sunday rolled around and it was time for our group ride. As soon as we got off the train at Box Hill, I clipped in one foot, and then promptly toppled to the ground. I wasn’t even moving yet! Embarrassed and bruised, my husband helped me back up. We’re off to a fine start, I thought hopelessly. There were several reasonably seasoned cyclists milling around the station to witness my fall. I felt like a moron. “Don’t worry,” said one guy enjoying a coffee after his ride. “Happens to everyone.” Sigh. 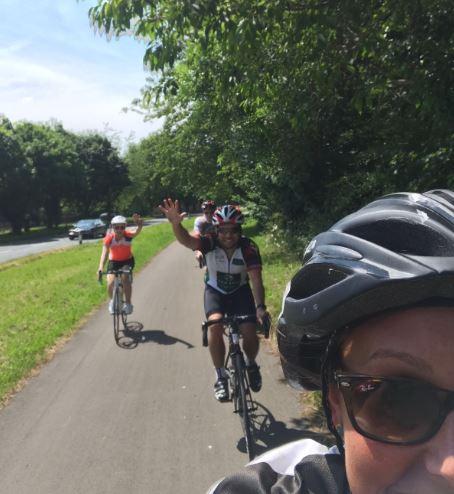 We cycled through the area for about 2 hours, covering about 20 miles. I did lag behind during several climbs and I did feel uncomfortable at many points, but I guess that is part of the learning process. I still don’t really understand how to use my gears properly, and I am too wobbly to drink while cycling. This is a definitely something to fix ahead of the triathlon! But the only way to get better is to practice! It was indeed a beautiful ride and I would love to do it again with increased confidence. 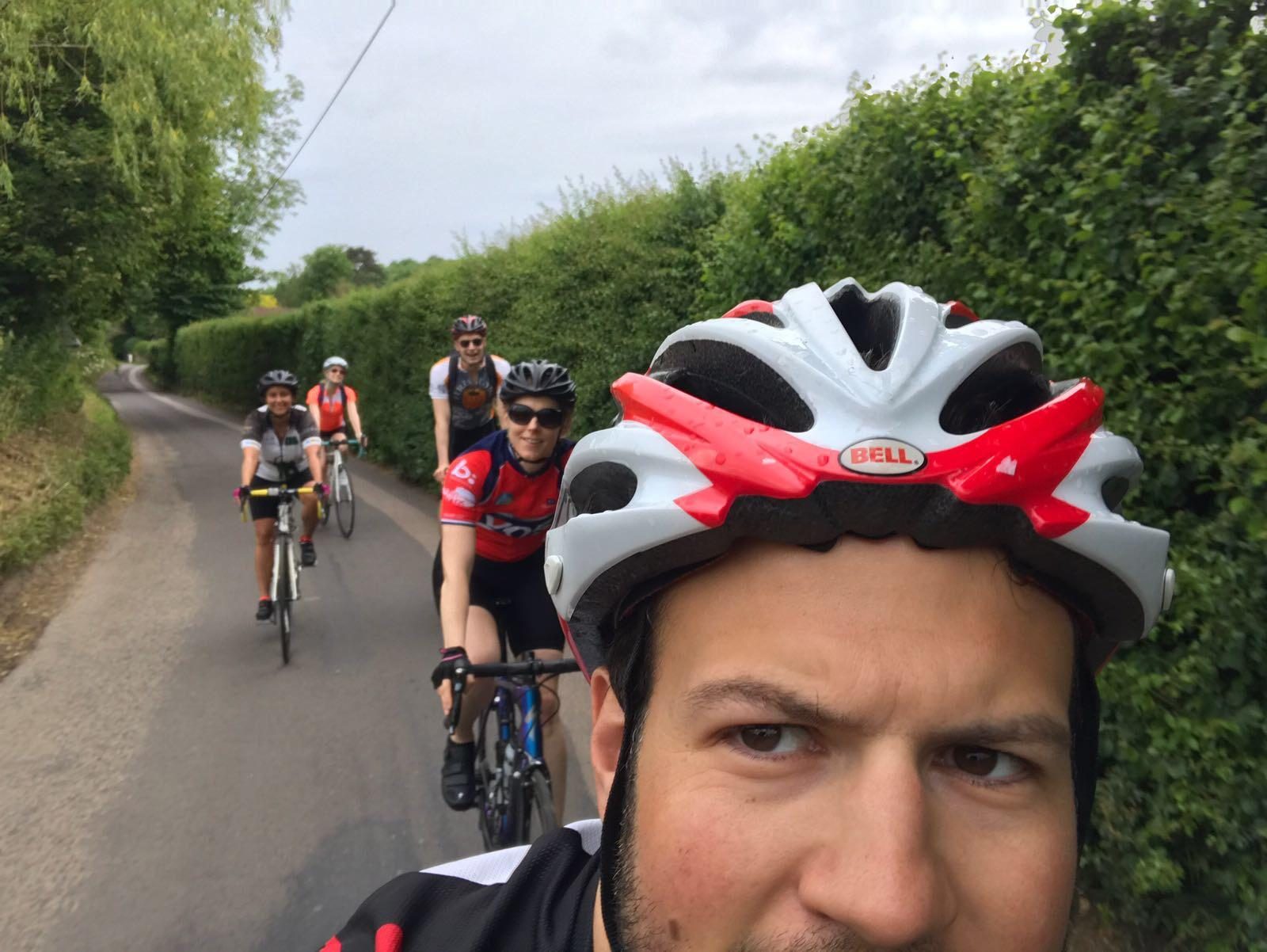 I am now signed up for a skills workshop with the Islington Cycle Club and am planning a few sessions at the Velopark at Olympic Park.

Being new at something sucks, but I’m trying to be patient and kind to myself. At the very least, I’m happy to have gotten some major milestones out of the way: first time clipping in, first long ride with cycling shoes and… first fall. I look forward to feeling as comfortable with cycling as I do with running.

For more info on clipping-in, Total Women’s Cycling has a great post here.