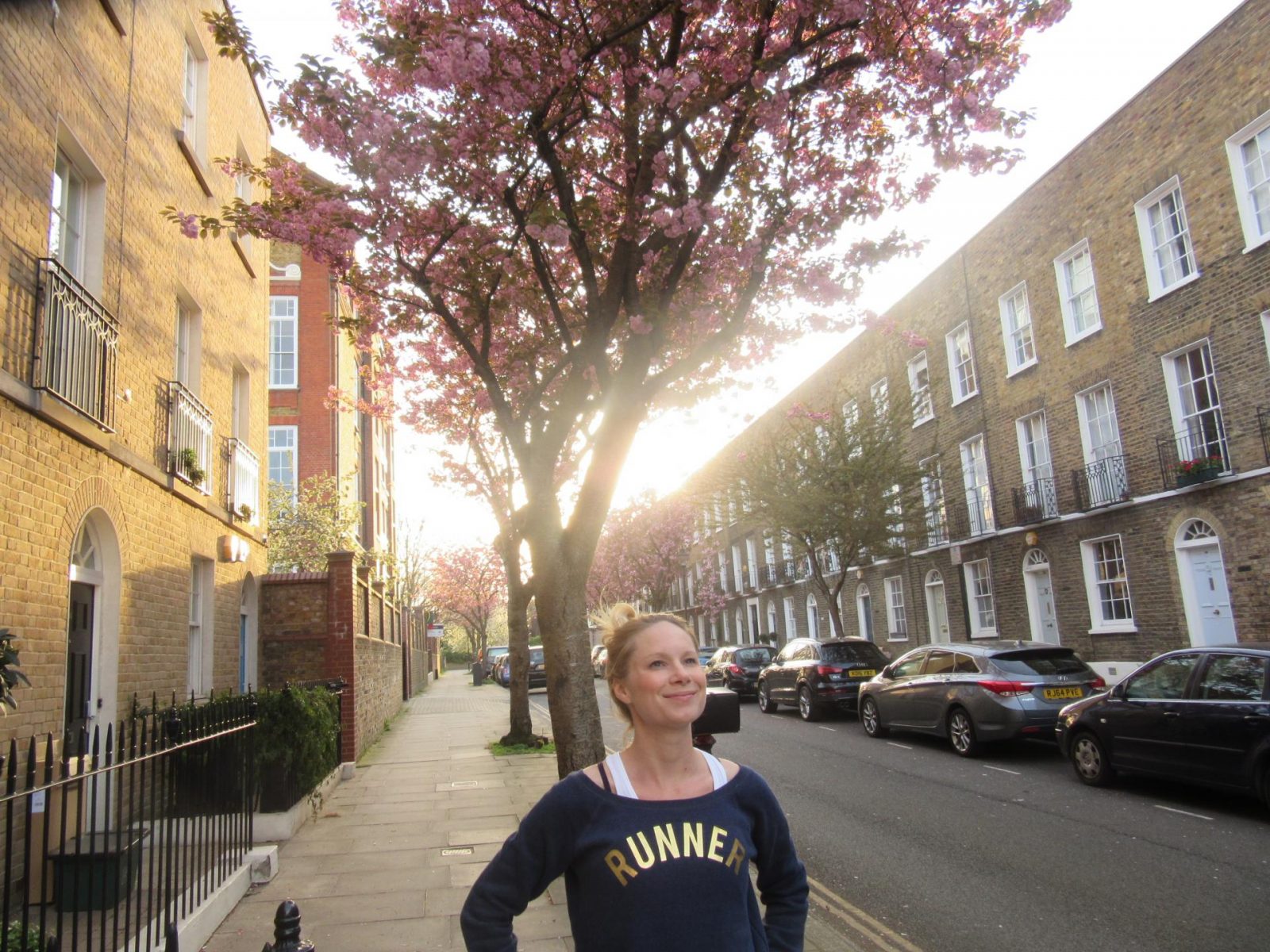 It’s week 13 of marathon training and there are no disasters to report. Dare I say, this training cycle is going especially well! I feel confident and on-track and with the exception of some sore muscles, one blister and one black toenail, I am in perfect condition. I am a happy runner.

I had the day off on Friday and decided to do my long run that morning. My family is visiting from Canada, so we enjoyed a leisurely breakfast, and I set off for a 30K run around 11:30 – a few hours later than originally planned. I was a little worried about abandoning my family while I completed this run, but they were very understanding. They have kindly tolerated a lot of running chat, foam rolling in the living room and grumbling every time I go from sitting to standing.

Friday’s long run was actually the best ever. I powered along at a great average pace of 5:38/km finishing 30km in 2 hours, 49 minutes (not counting the one stop at a store for some juice!)  Admittedly, the last 5K were a bit rough, but I really felt quite excellent for most of it. I was mainly just bored and thirsty and ready to go home and eat all the food. The rest of my day consisted of napping and eating. I was basically a cat for the afternoon.

Over the last few weeks, I have been battling some really sore, tight calf muscles. According to my physiotherapist, this is because they are weak. She said you should be able to do about 30-35 calf raises without tiring and I can do about 18. So, to strengthen them, I have been diligently doing calf raises at every opportunity. On escalators, in the entrance way to my flat, while waiting for the bus, even while on conference calls at work. It seems to be working. While they were still sore on Saturday, I was much more mobile than the past few weeks. 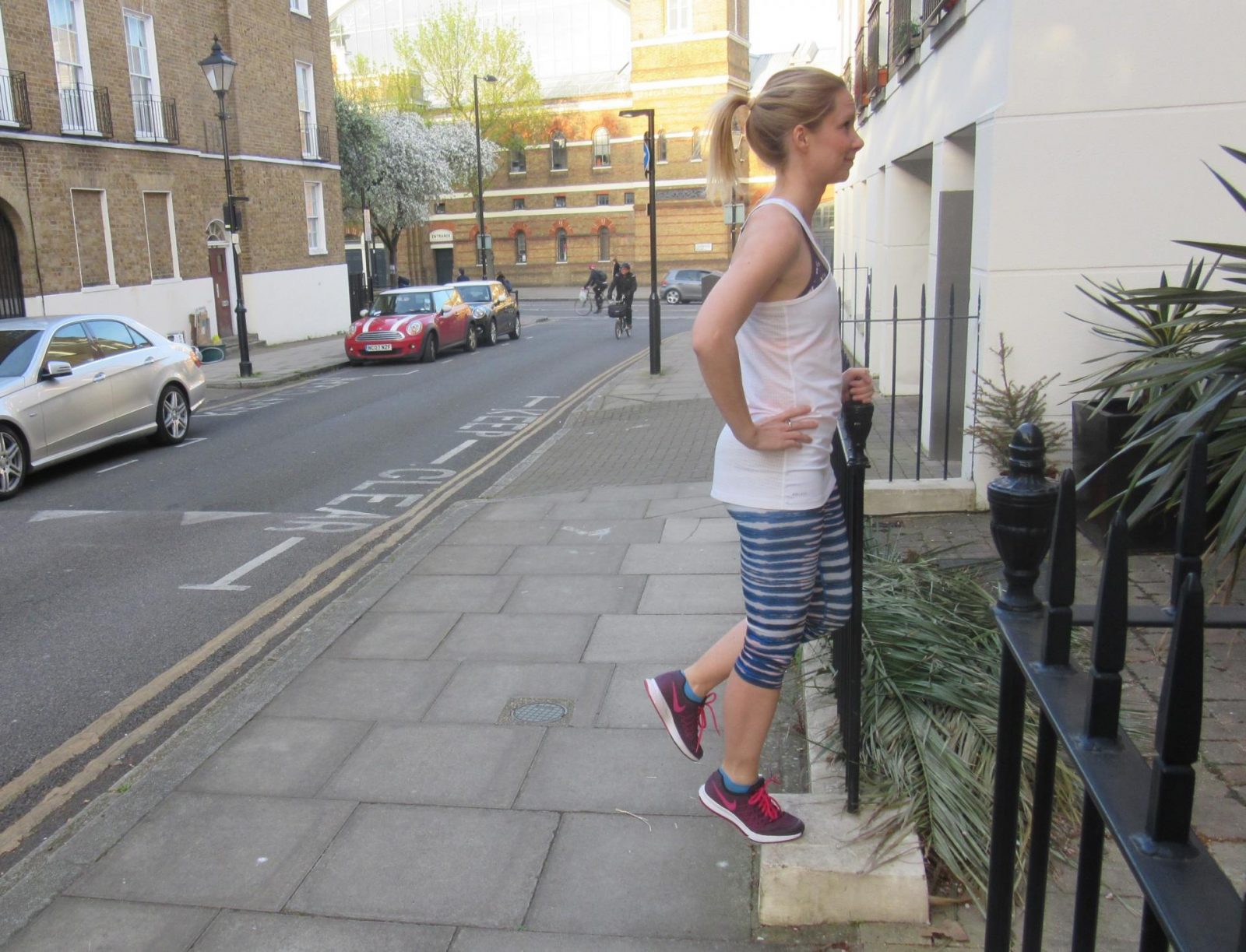 Because Graham has gotten so much faster than me, I have found myself doing all my long runs alone. I dreaded this idea at first, thinking it would be a really lonely slog, but it’s actually been surprisingly pleasant. I have been listening to a running podcast called Running Commentary by comedians Paul Tonkinson and Rob Deering. The guys record their podcast while they run, and it kind of feels as if they are running with me! On my most recent run, I listened to them for close to two hours, and then switched it up to some 90s dance music… because I needed a little Rhythm of the Night.

The weather has been so lovely. Spring is springing and I am endlessly thankful for longer days and warmer temperatures. It makes getting out there for long runs a little easier. I may have even got a little bit of colour! It was 16C on Friday and the first time I wore a sleeveless shirt for my run. Oddly, some runners I passed were bundled up like it was still winter. One guy was even wearing gloves! I mean….?!?

So far, one of the best pieces of advice I have received was from my physiotherapist who told me to run less. That seems like the opposite of what you should be doing when you’re gearing up for a marathon, but dropping down from 4 runs/week to 3 has been a glorious improvement. Instead of that extra run, I have been more focused on low-impact exercise like swimming and strength training, something I completely abandoned last time I trained for a marathon (and paid dearly for). I feel stronger, my recovery time after long runs seems faster and I am generally a little more excited for each run.

There are two long runs left and then we begin the glorious taper, and in just 5 weeks, we’ll be lining up in Geneva for race day! Eeeep! 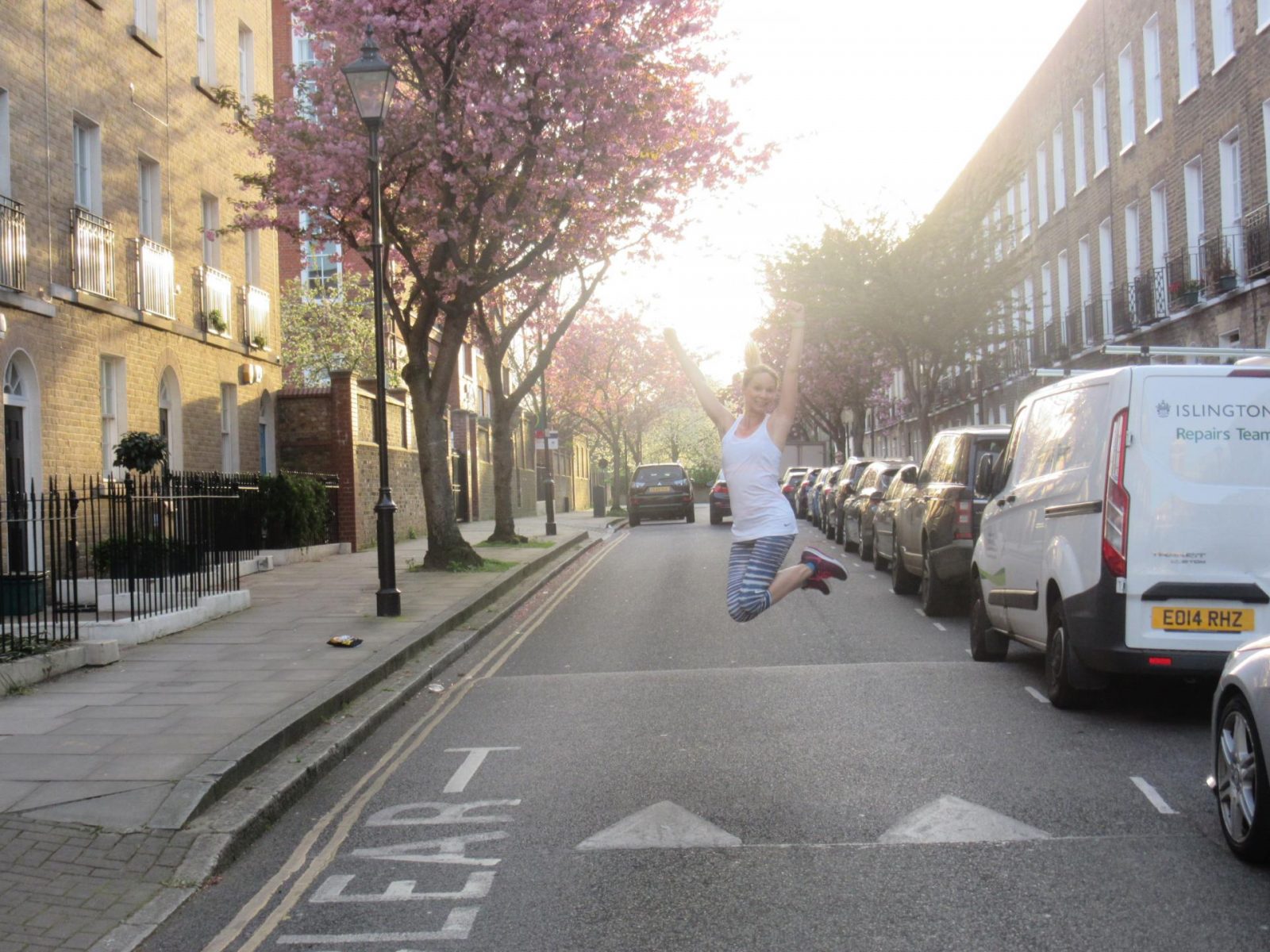