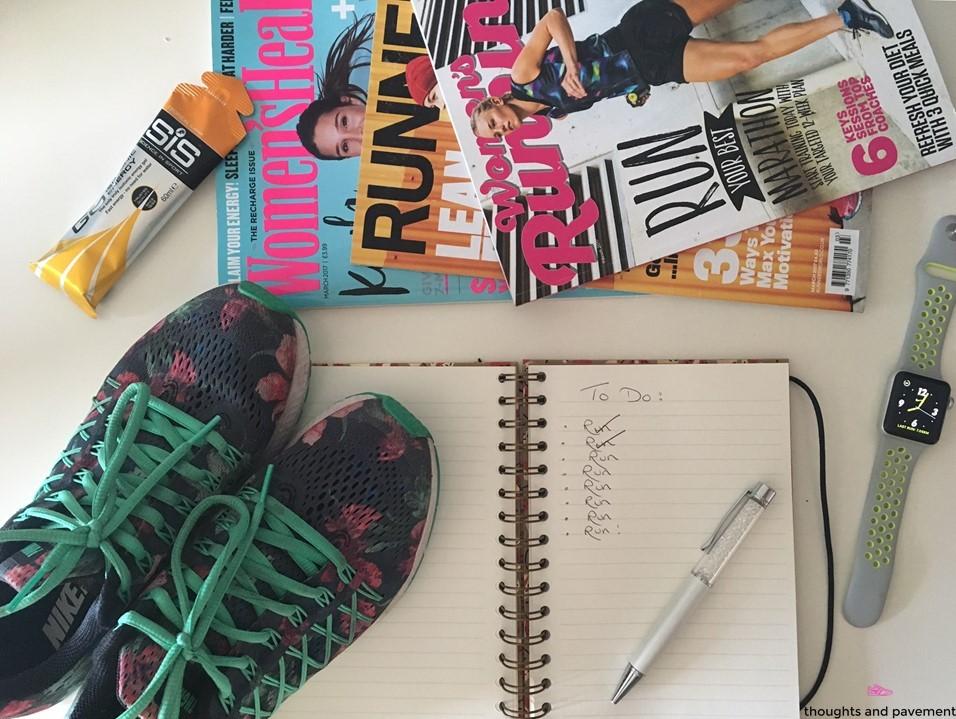 I’m officially half way done my 17-week marathon training plan and everything is still going perfectly to plan. I’ll be doing the North London Half Marathon 12 March as part of my training and I’m feeling really well prepared. That said, running and thinking about running has literally consumed my life for the last few weeks. Everything I do and everything I plan is centered around running. In February, I ran close to 150km which took me 14 hours! That literally could be a part-time job!

But compared to my first full marathon back in 2013, it doesn’t seem to be as all-consuming as it was then. Maybe that’s because I’m old and boring now, and the weekends are a little more civilised than they used to be. Or, maybe (and this is the answer I’m actually going with) it’s because I’ve found better ways to integrate running and fitness into my life.

Here are a few of the ways I’m making this all work:

Seize the mornings. It’s been tough to convert to a morning runner. With the dark and cold mornings, some runs have been far from pleasant. But the morning is really the only time that is truly my own. There are no distractions. No emails. No phone calls. No expectations. Everyone else is sleeping. And, by the time the end of the day rolls around I have basically forgotten I even went for a run. Plus, I get to eat two breakfasts, so that’s cool. 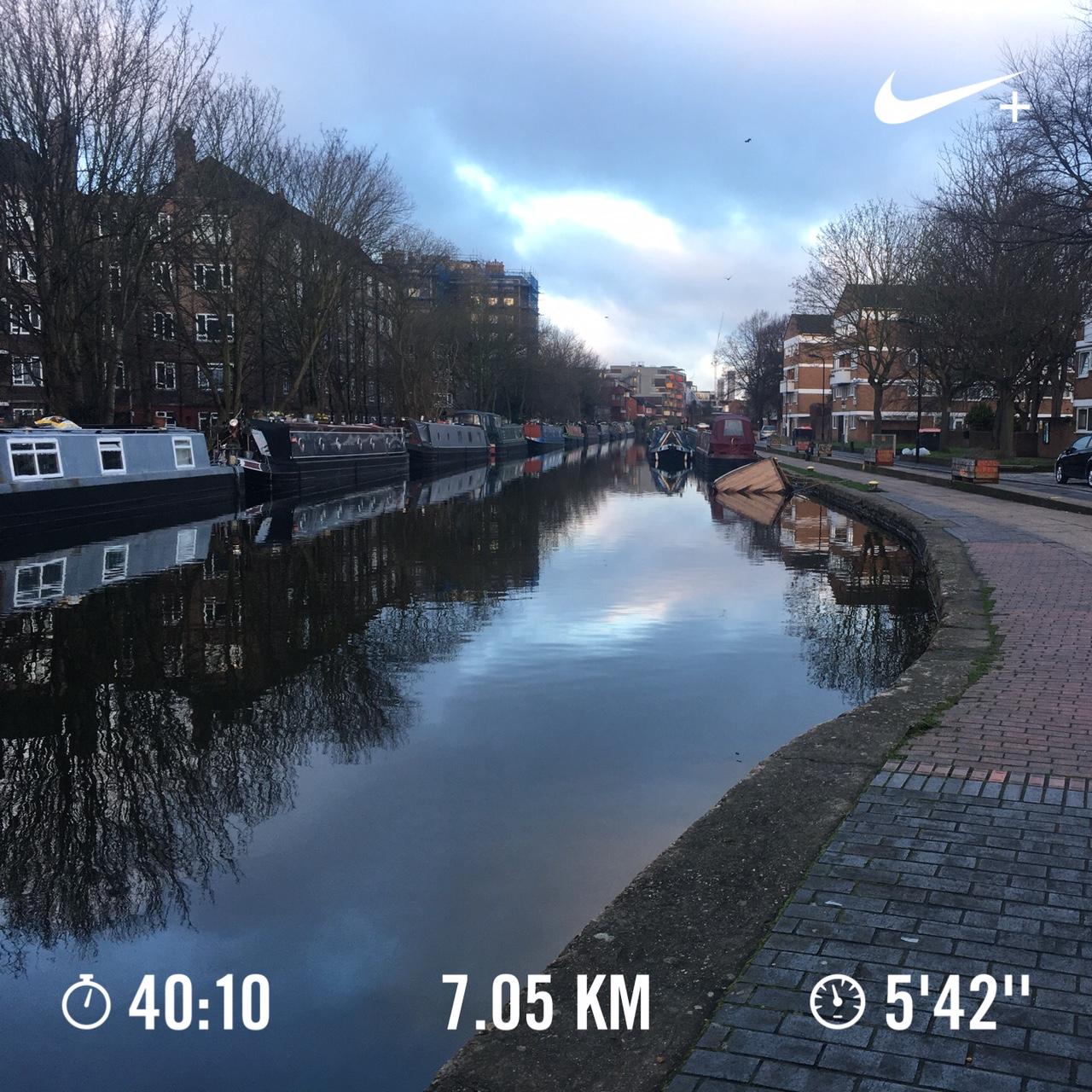 Definitely worth getting out of bed for.

Schedule it in. All my workouts go in my calendar as if they are appointments with another human being. That way, if something comes up and I need to make a change, I can see where I can fit it in around other obligations.

Plan ahead. In March, we’ll be hosting several oversees family members. We’re also planning a trip to Scotland for Easter. On a couple of those weekends, we have some of our longest training runs planned (up to 20 miles). Even though it is weeks away, we’re planning now, figuring out when we’ll get that long run done amongst entertaining and socialising. So don’t worry family! You just make yourself at home. I’ll just be heading out for a quick 20 miler and then we’ll go for brunch, where I’ll eat ALL THE FOOD!

Drink less wine. I love wine. I can sometimes get carried away. But you know what doesn’t help your running? A hangover. While potentially boring, I’m doing a much better job keeping my wine drinking at a healthy balance, interspersed with lots of water. You’re probably thinking I could just eliminate it for the next 8.5 weeks, but you would be wrong. 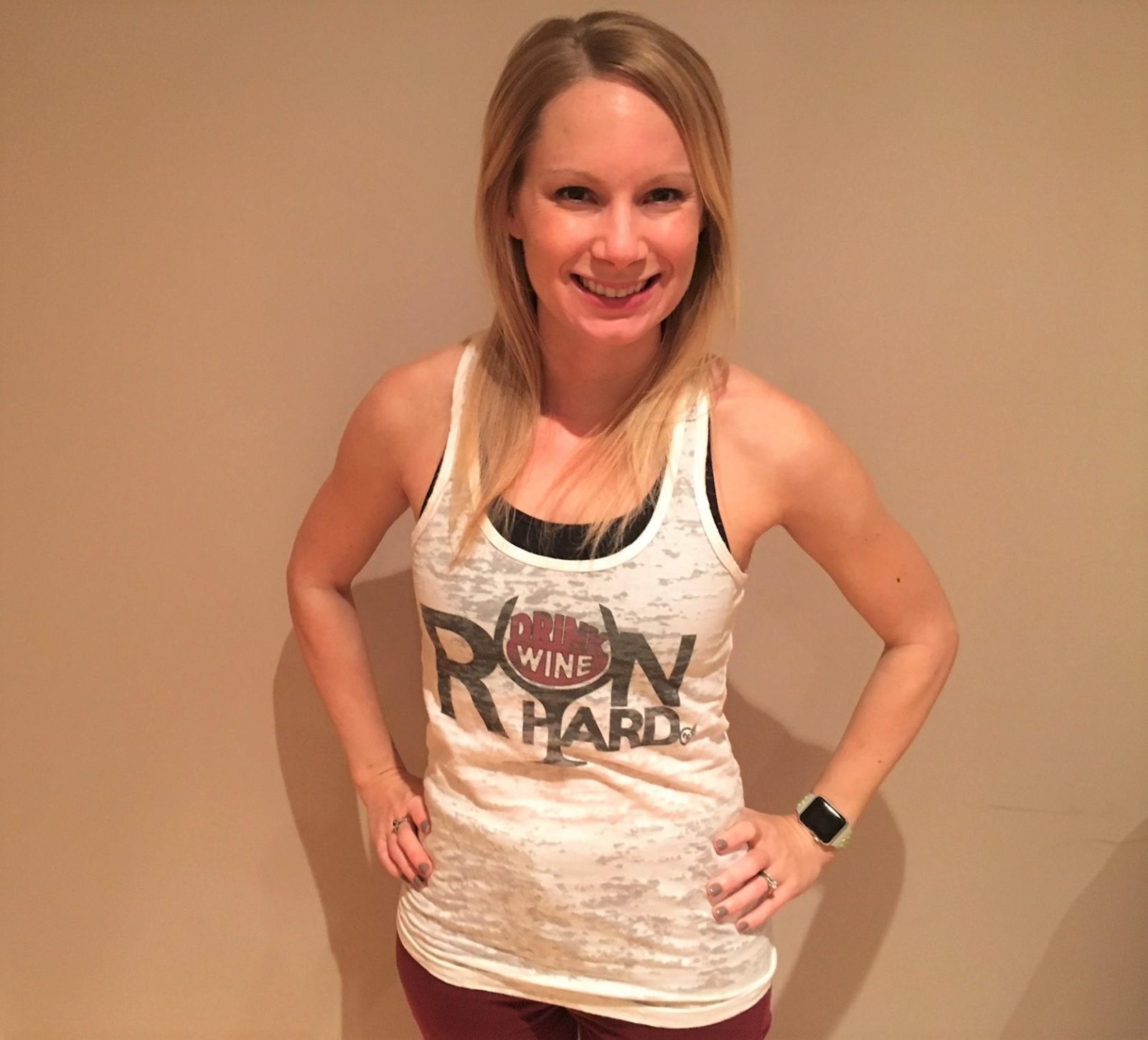 Run hard, drink wine. This is a good shirt.

Change the scenery. A 20+ mile run is a great opportunity for some running tourism. I mean, you can cover a lot of ground in London in that distance. Regent’s Canal, though a wonderful place to run, is kind of getting boring. And let’s be honest, it’s really only a matter of time before I fall in. We need to mix it up a bit more. Our recent jaunt around Richmond Park was a good start.

So far, this is still fun. Ask me again in a few weeks and I could be having some sort of running-induced tantrum, but for now, I’m a happy runner.