We have just started Week 7 of our 17 week marathon training program and so far, everything is going perfectly to plan.

On Tuesday, which was Valentine’s Day, Graham and I started the day like most loving couples…we set off before dawn to do an hour-long interval workout! (What were you thinking?!) It was tough, but I can definitely tell I am getting faster. At every interval, I was only about 20 metres behind and Graham kindly waited while I caught up on the recoveries.

It was a good thing we worked up a hunger, because later that day, we went to an Italian cooking class at Food at 52, a really lovely cooking school that we discovered last year. In addition to drinking way too much wine, we also learned to make pasta… 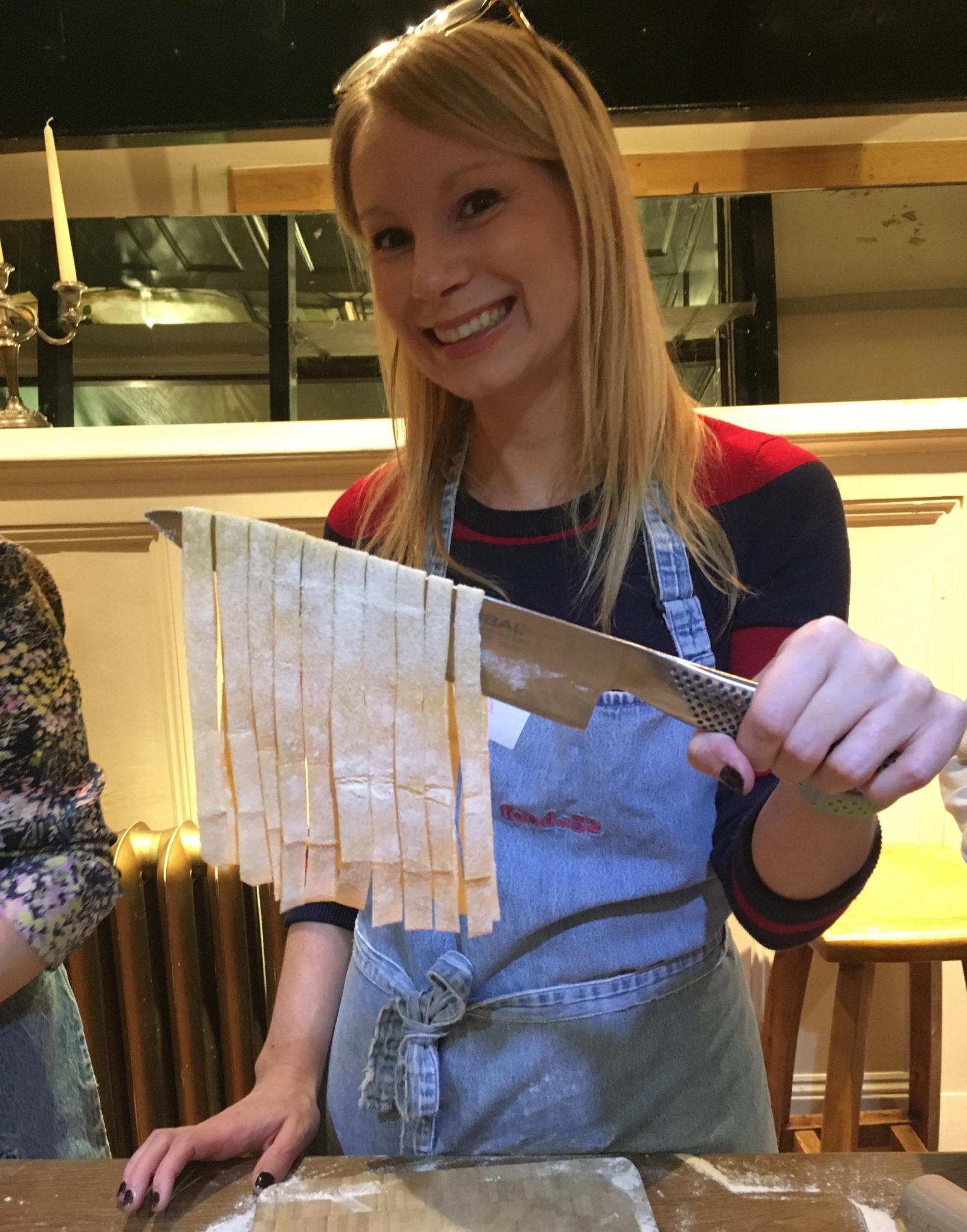 And we lit some things on fire… 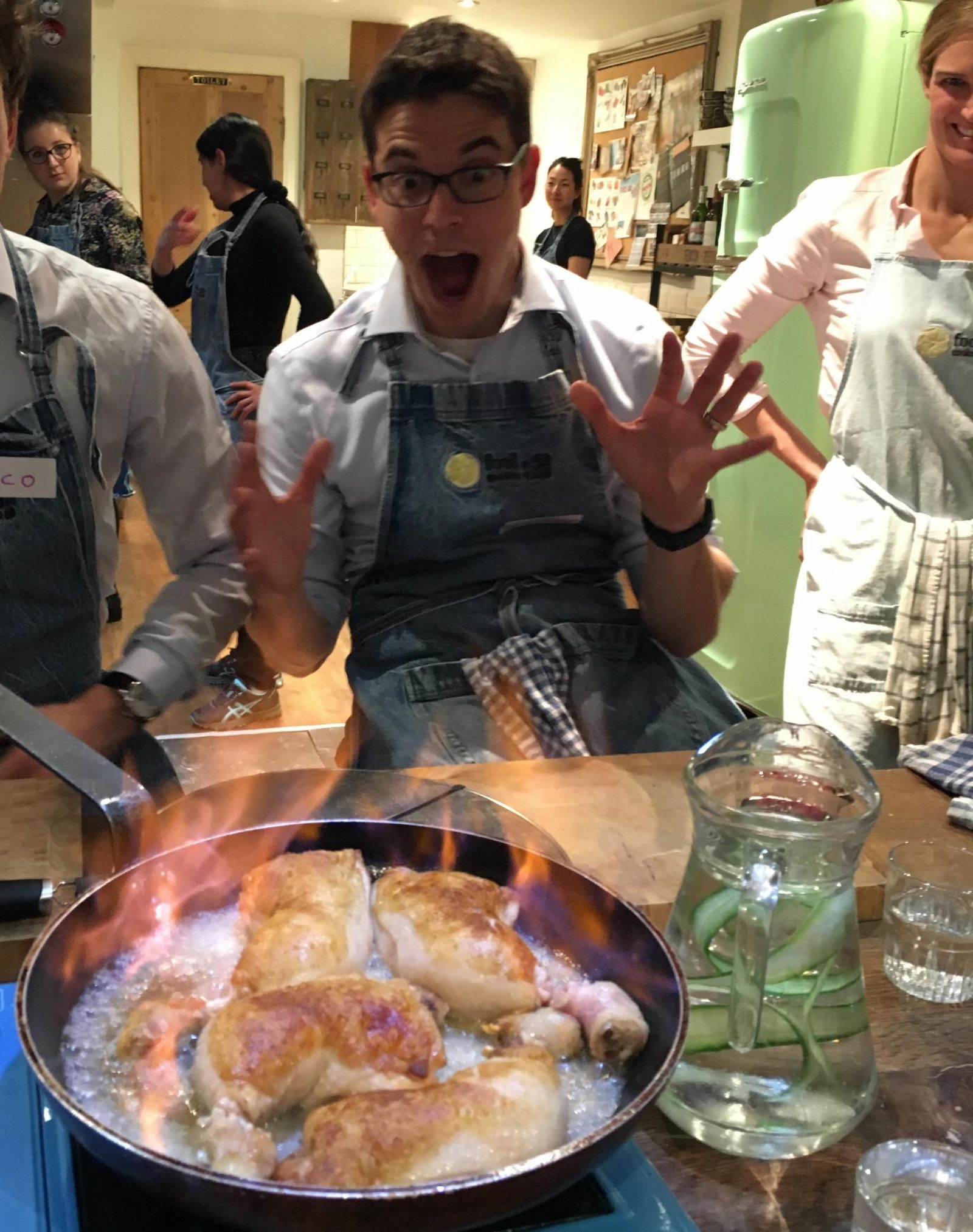 We were back at Parkrun on Saturday morning. After last week’s PB, I was a little nervous that I wouldn’t be able to match it. Not that it would have mattered, but you know, I am competitive.

Much to my own surprise, not only did I get another PB, but I shaved another 30 seconds off from last week! I finished the 5K run in 24:12, my fastest time ever, and was, yet again, first in my age group! I spent the rest of the day feeling somewhat bewildered. Had I accidentally taken some sort of performance enhancing drug? I just couldn’t believe it. I have never dreamed of a goal better than a sub-25 minute 5K. I’m not even sure what to strive for now! This is totally unknown running territory.

There is no picture of this accomplishment, because I was just too surprised to even remember to take one. Instead, here is a picture of me basking in the early evening sunshine near Kew Bridge and enjoying some coffee a few hours after the race.

After weeks of running on Regent’s Canal. We decided we needed a change of scenery so we ventured to Richmond Park for our weekly long run. We did a 10K race in Richmond Park last year, and I have to admit, talk of wild deer roaming around was GREATLY exaggerated. We didn’t see a single one. So this time, we planned to run the perimeter of the entire park which is approximately 12 kilometres. If we didn’t see a deer over that distance, I was going to be seriously disappointed.

Thankfully, we saw many. A whole herd hanging out together in the grass. 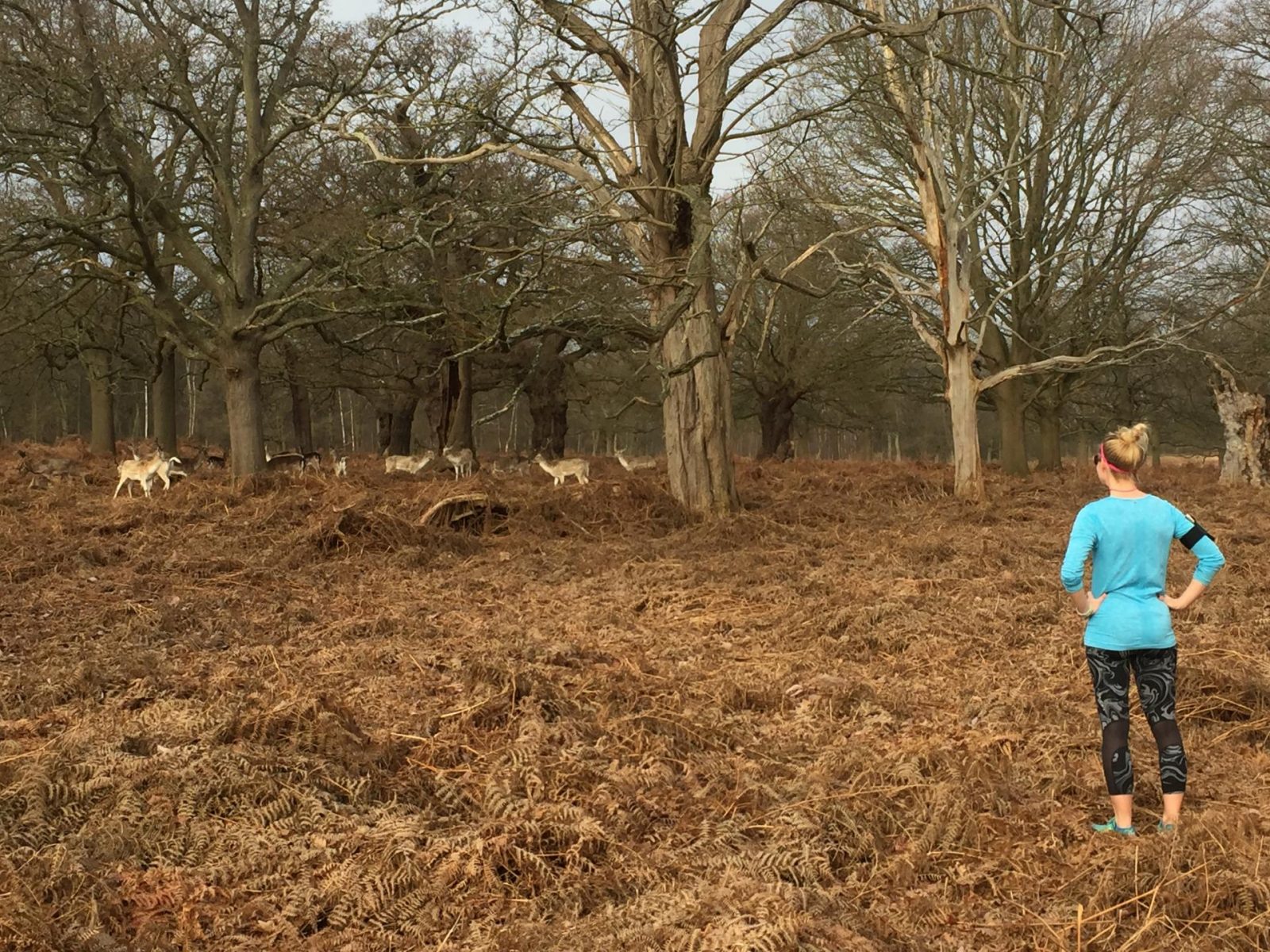 We obviously stopped to say hello. 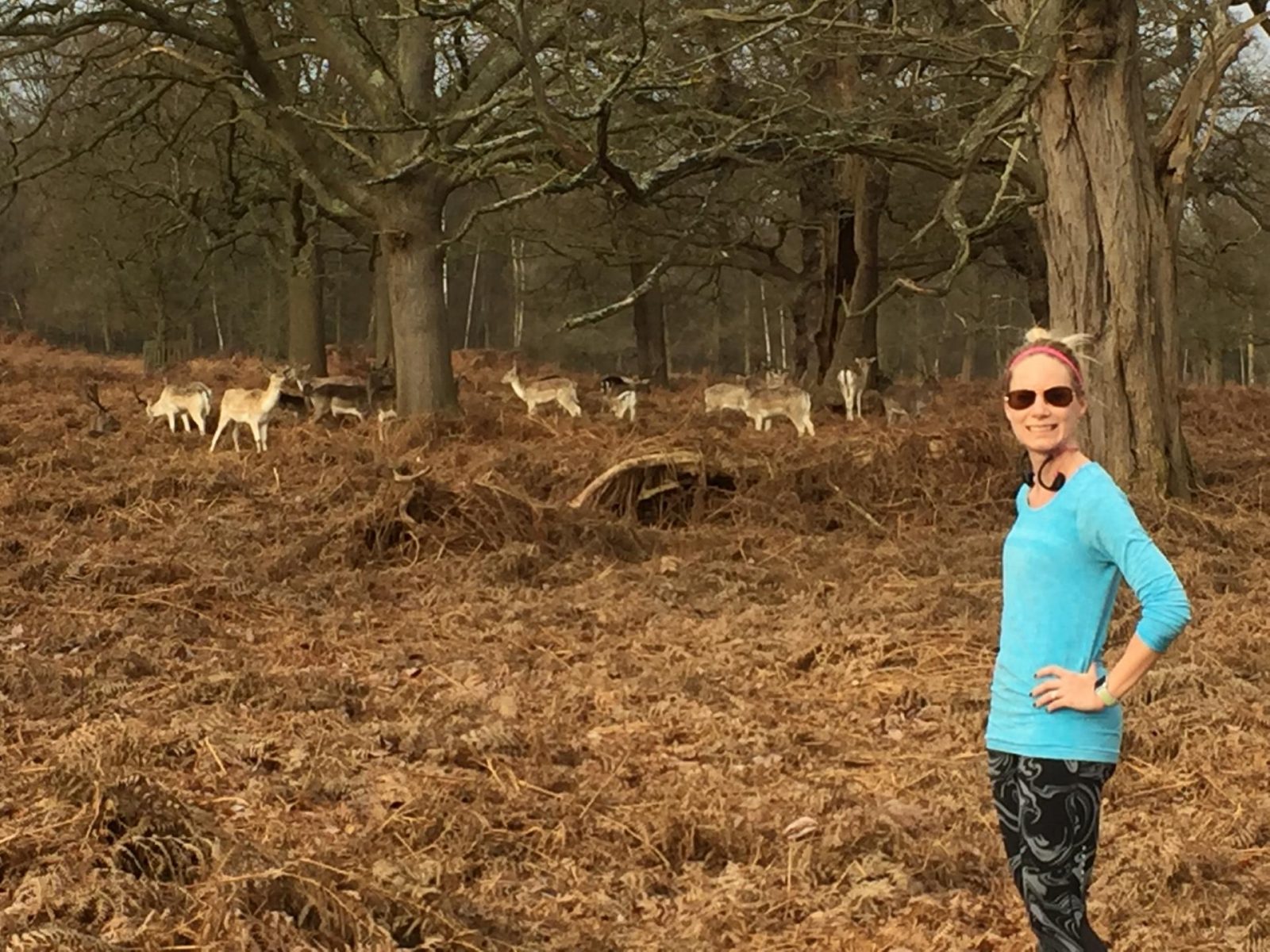 We carried on around the area for another 4 kilometres to complete Sunday’s 10 mile run. I was feeling pretty good about it. In fact, I felt as if I had hardly broken a sweat. Once we finished, I said I could have easily gone further. We’ve been running 10 miles / 16km every Sunday now for the last three weeks. I’m sure there is some reason for this, but I’m bored and I’m ready to go further.

But then again, my calves were very sore yesterday and I was super tired… even after 8 hours of sleep and a one hour nap! I think I went to bed at 9:30pm. Perhaps I should be careful what I wish for.

Week 7 is a recovery week, so I’ll need to wait one more week before we start getting into the serious mileage. I mean, Tuesday’s run is 25 minutes. What even is that? Anyway, by Week 8, we’re up to 14 miles, and then we run the North London Half Marathon. I’m hoping for a glorious PB in this race given my new speed.