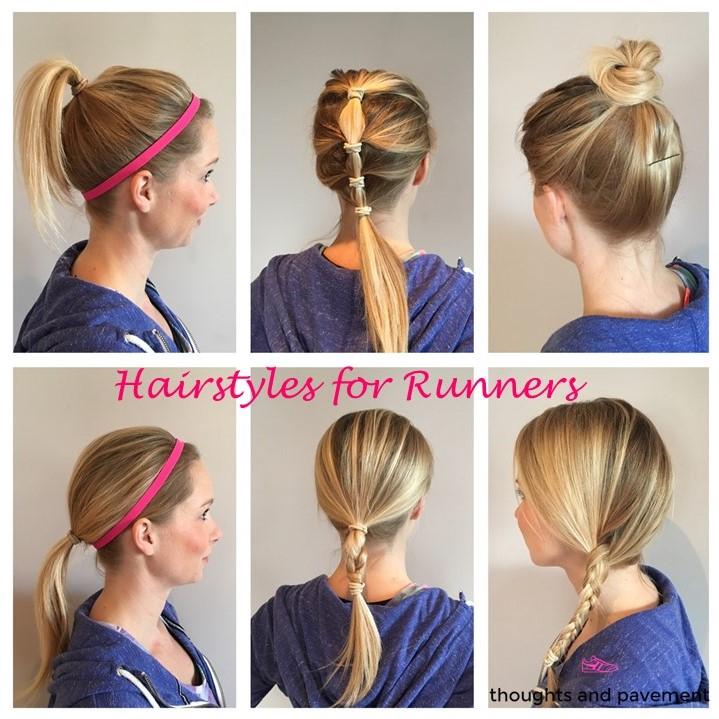 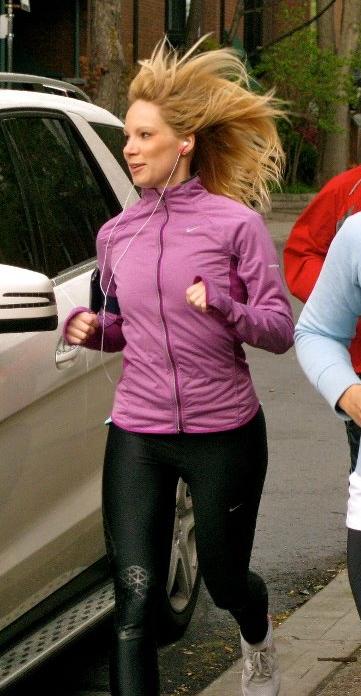 I suppose I could always forget about a hairstyle and just go for this wild, au natural look instead.

Firstly, apologies to any male readers. This post probably doesn’t apply (unless you have long, gorgeous man-locks like Carl, the Mikkeller Running Club leader!)

Figuring out how to tame my hair for races is a constant struggle. I spend an inordinate amount of time trying to find the right hairstyle that has the perfect combination of durability and simplicity. And, if it could look halfway decent too, that would be great.

My struggle is exacerbated by the fact that I’m really quite bad at doing my own hair. I struggle with a simple braid or plait. A ponytail or a messy bun is pretty much the only two tools in my arsenal. I am basically hair inept.

Triathlon or duathlon also present an added, more complicated challenge with the necessity of wearing a swim cap and bike helmet. My usual ponytail just won’t do. It’s too low for the swim, and too high to fit in the helmet. In fact, in my first triathlon, I found myself adjusting my hair style for each of the three sports, adding precious minutes to my transition times. This cannot be the best way, I thought. I studied the girls around me for inspiration and ideas.

After a rigorous internet search, I found a variety of options. Here I will rate them on two criteria:

Low Ponytail. Yes! Here is something I can do. From a simplicity perspective, this gets a 10/10, but usefulness scores low points. I hate hair on my neck when running. This could work, but would make for a matted, sweaty hair mess. No post-run brunch without a shower first, that’s for sure! 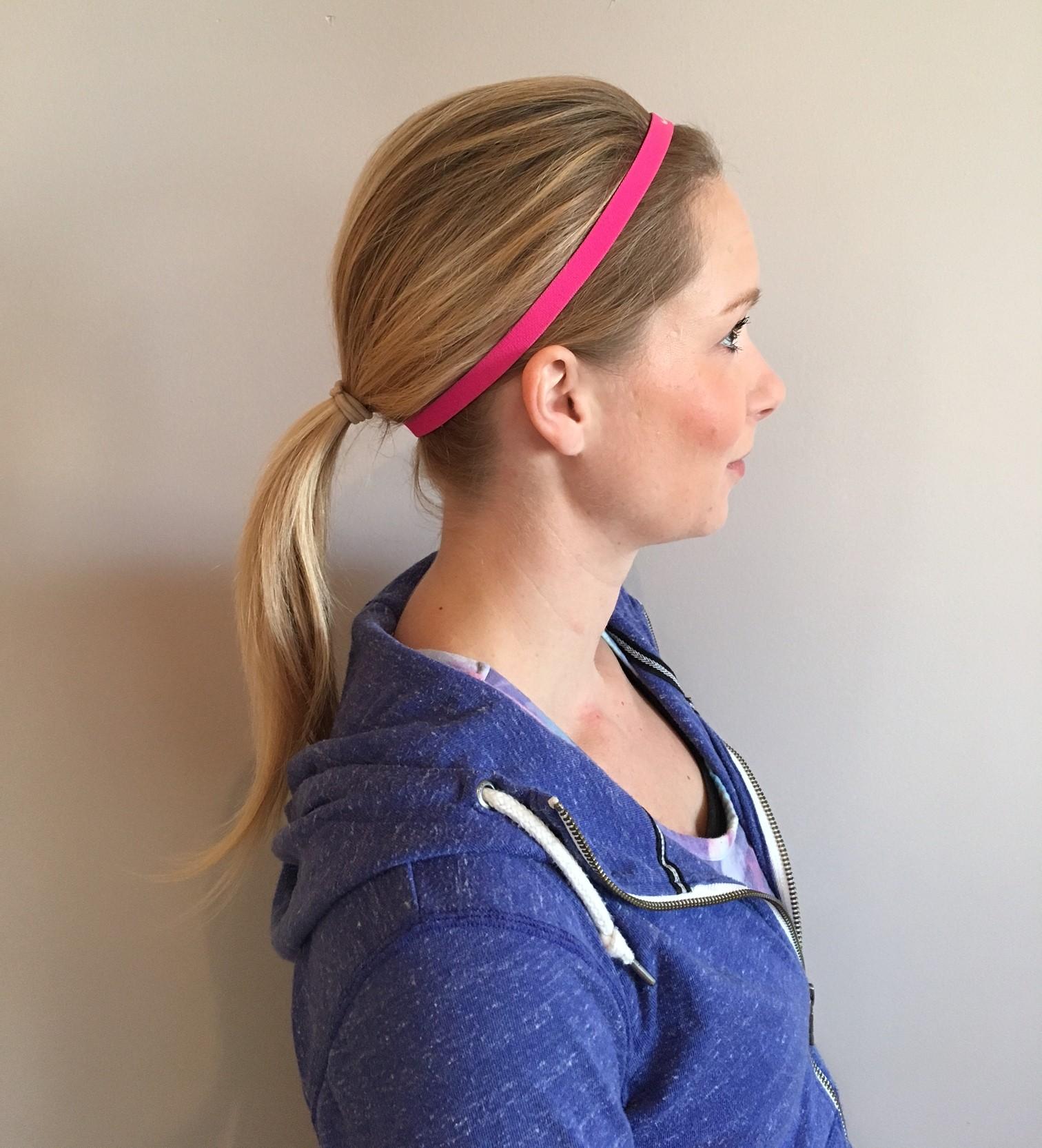 High Ponytail (with headband). My preferred running style, this wins big points for simplicity. It keeps my hair off my neck while running and looks good, and it can easily be tossed into a messy bun after a run for a reasonably acceptable post-run outing.  Sadly, it doesn’t work for triathlon or duathlon. And it sometimes makes me look bald in photos. 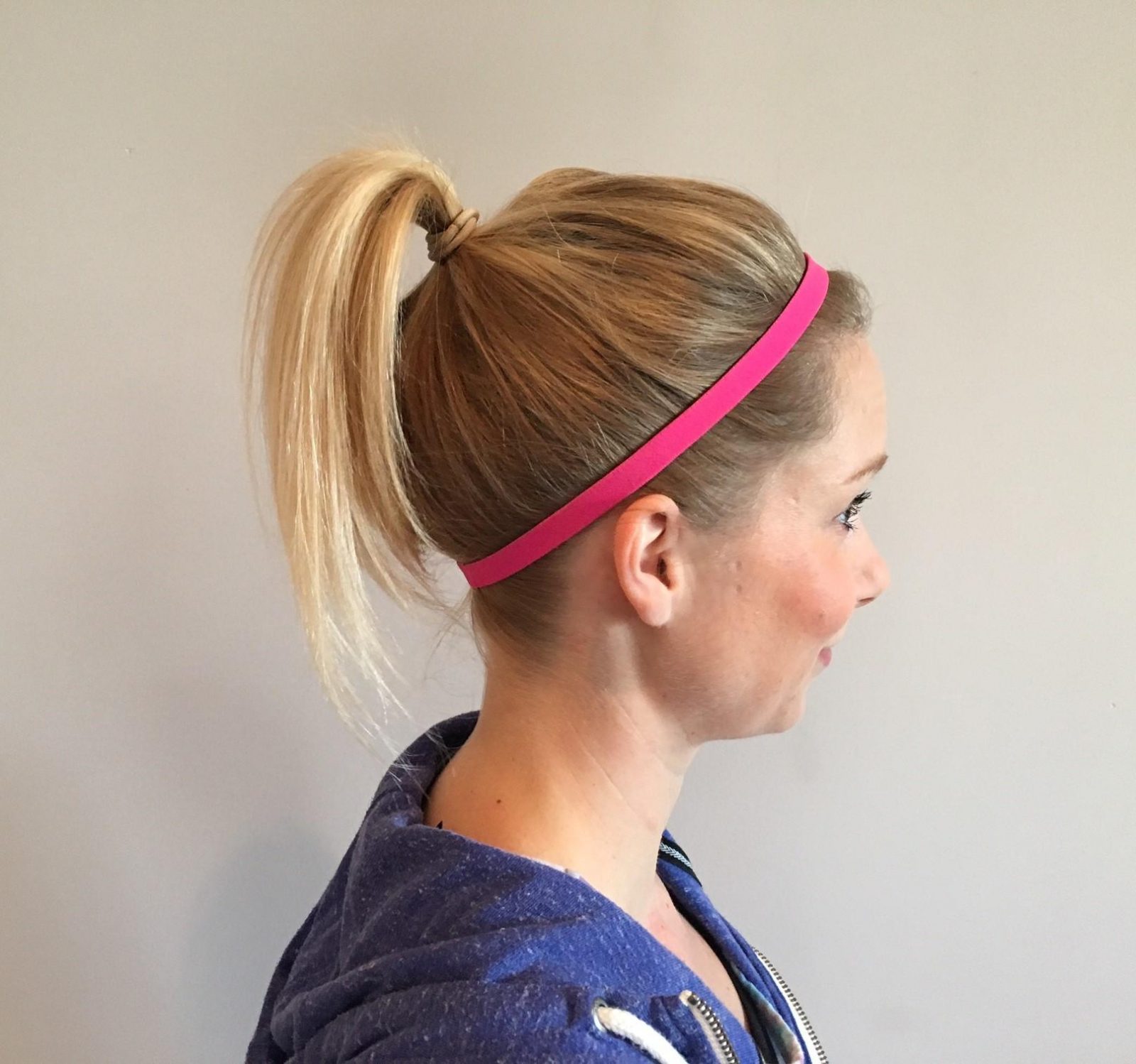 High Bun. I can manage a messy high bun. It generally works and manages to stay put for running, though it does bounce around a little bit, like a floppy potato on the top of my head. Positioning is key! For triathlon it’s great for the swim, but doesn’t work for the bike because I can’t fit my helmet over it. So this scores decent points from a simplicity perspective and lower points for usefulness.

Fishtail braid. No. Just no. I’m not even going to bother with a photo because there is no chance I could ever do this. It looks pretty but I don’t have enough hair or the skills. It would be useful, but it can’t work for me.

Braided Ponytail.  Braids/plaits are hard for me. I can do them on someone else, but my own head seems to present a challenge akin to a rubiks cube. This was my best attempt. While it could work, I don’t really see any great benefit of this vs. a ponytail. Especially because my attempt looks ridiculous. If you had very thick hair, this would likely be a good option. 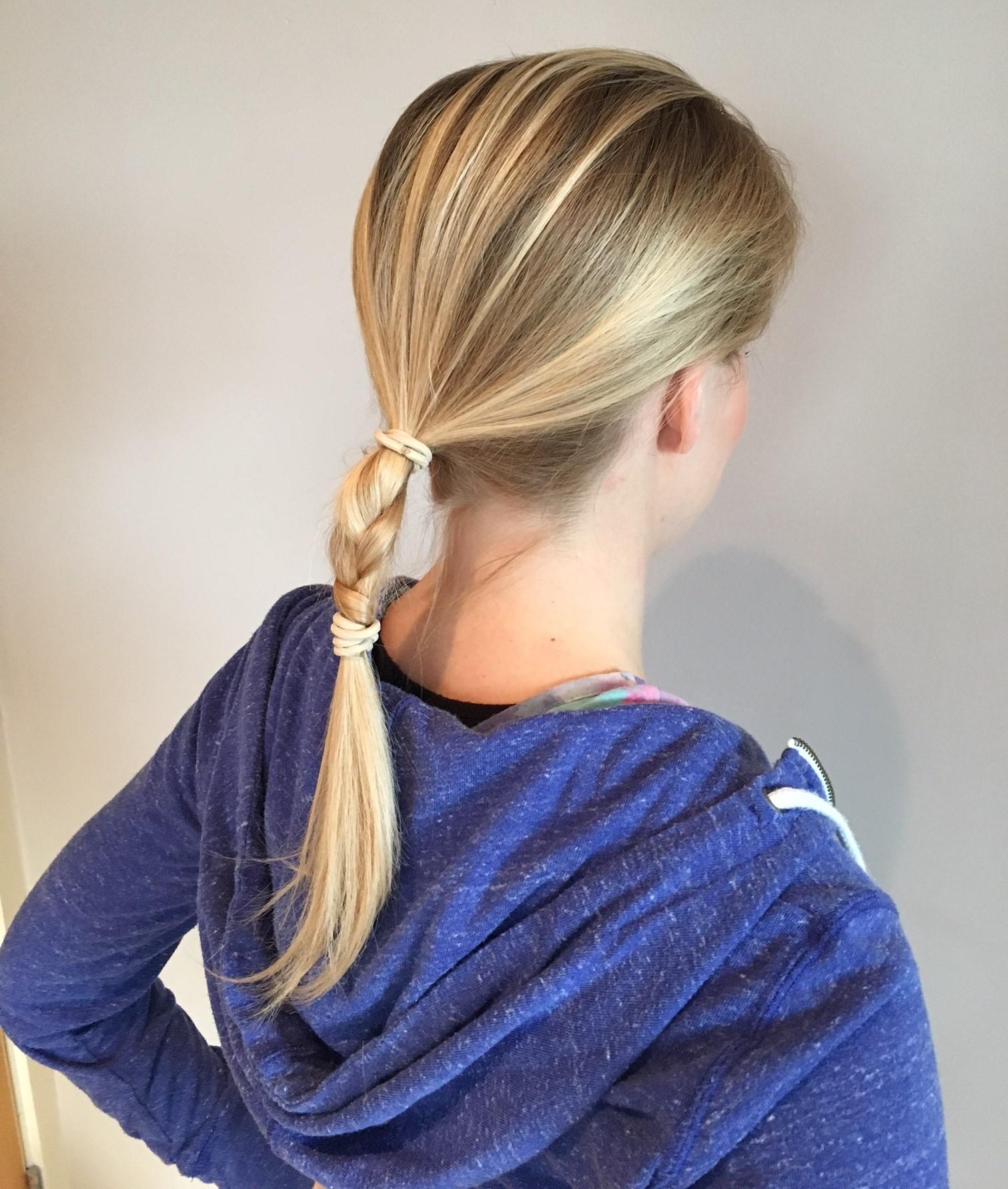 Braided Side Ponytail. Winner! I can actually do this and it was a very useful style for my recent duathlon. My hair was off my neck for the run, and easily fit under my helmet for the bike. The only downside is that it makes me look about 13 years old. 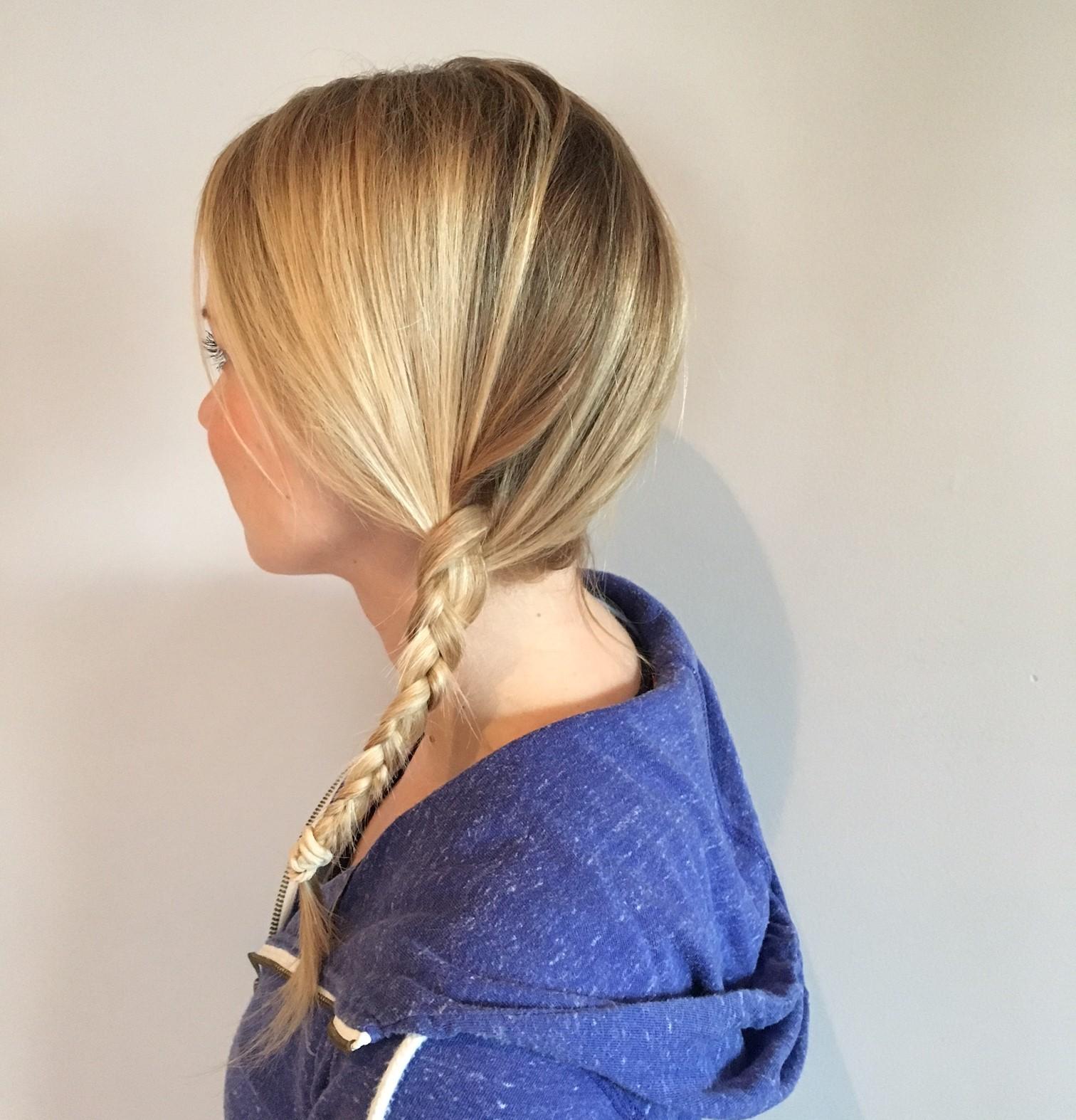 The Princess Jasmine. Inspired by the Disney princess, I guess some people find this useful? I personally feel like I look ridiculous. It was easy enough, but I fail to understand the usefulness, unless perhaps you had really thick hair… maybe. Anyway, not for me. It itched my neck and felt weird. 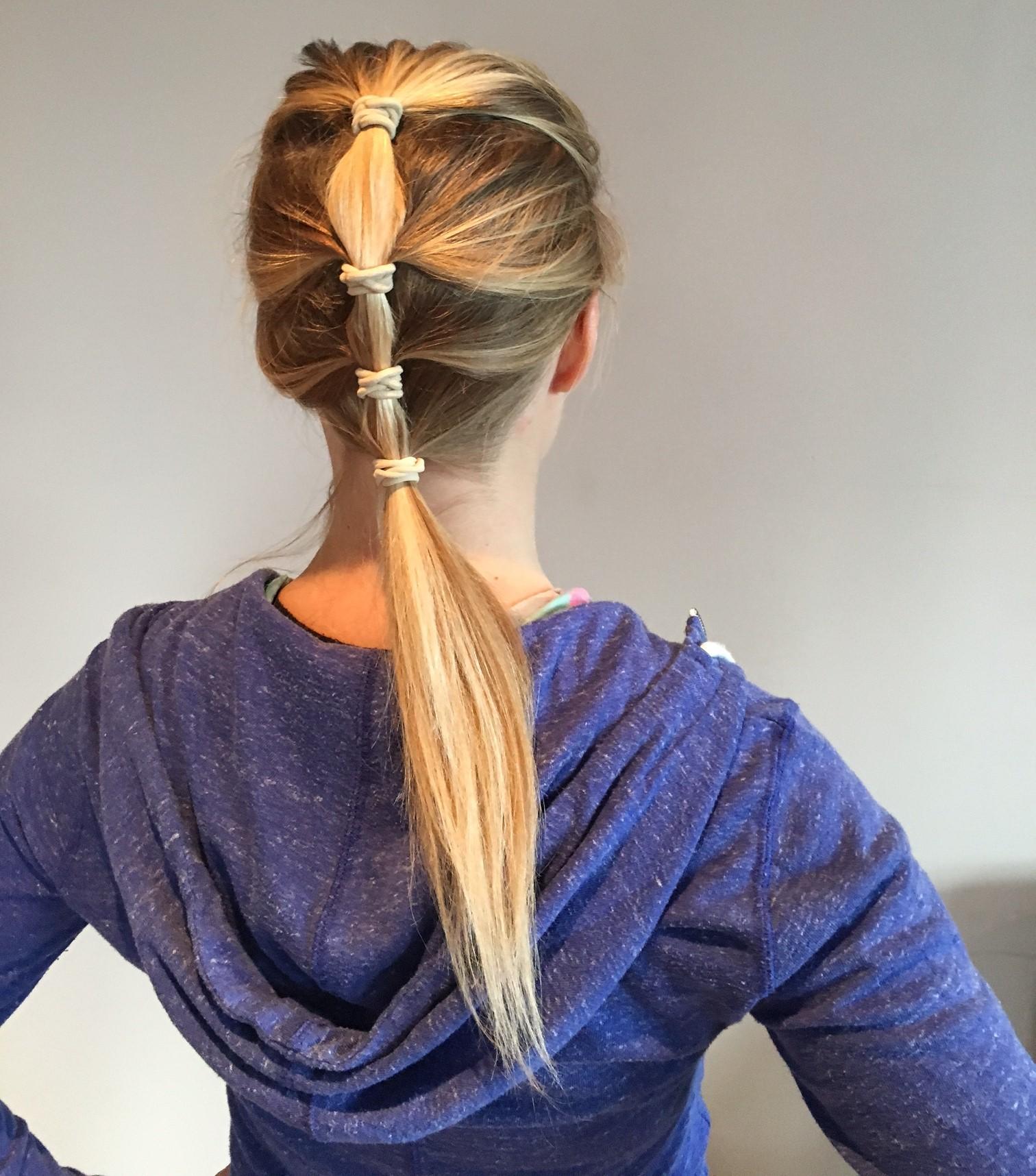 French braid. No-go. I literally tried 12 times, watched various YouTube videos and I still can’t do it. It’s probably useful. I wouldn’t know. There’s about 15 different, beautiful and seemingly very functional French braid variations like the crown French braid into a ponytail, but I lack the hair-styling prowess for this look. I’ll keep trying.

So… for running, I have some options, but sadly, I still haven’t found anything that works perfectly for triathlon. If anyone has suggestions, please leave me (detailed!) instructions in the comments, or better yet, come over and do my hair before my next race. I’d be very gracious!