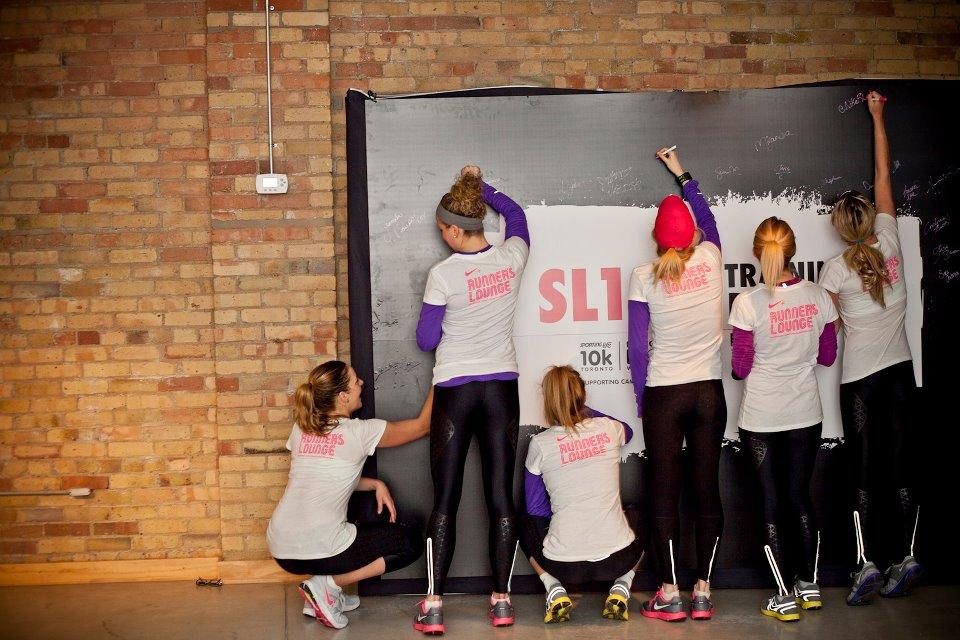 I wish I had a more inspiring story. But that’s the truth.

In 2011, I started running with the Nike Runner’s Lounge in Toronto. A friend of mine was the club leader and convinced me to come for a workout. I had barely ever run before. I pretended I had. Somehow, I managed to keep up with the group and hide a massive side stitch and a general feeling that I might die. I remember my friend complimenting me saying I was a strong runner. I managed a smile and tried to look cool. Meanwhile, every part of my body hurt. My pride pushed me to the end. 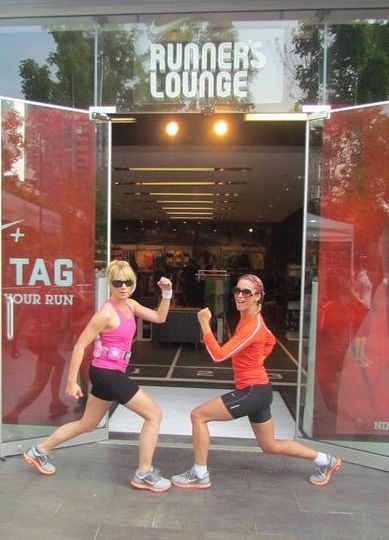 A picture of me with Run Leader Jen Dawson after one of my first runs in 2011 with the (now extinct) Nike Runner’s Lounge in Toronto.

Despite the pain of that first run, I came back to the Nike Runner’s Lounge. I started making friends and I enjoyed the comraderie and accountability of the club. A few months in, one of the organizers came to me with a challenge: train for and run my first half marathon and blog about the experience. The club was starting a new blog called the Nike Training Girls and they wanted me to be one of the contributors. I would write one blog post per week. In return, they would give me some new Nike kit, including a new pair of trainers.

I couldn’t say yes fast enough! Shoes and clothes?! Count me in!

After I had finished salivating over all the shoes, the reality set it. Shit. I was actually going to need to run a half marathon.

I figured I’d go through the motions and give it a shot. I’d probably end up dragging my tired body over the finish line on hands and knees, but I’d get it done, and that would be it. No more races. This would definitely be a one-time thing. 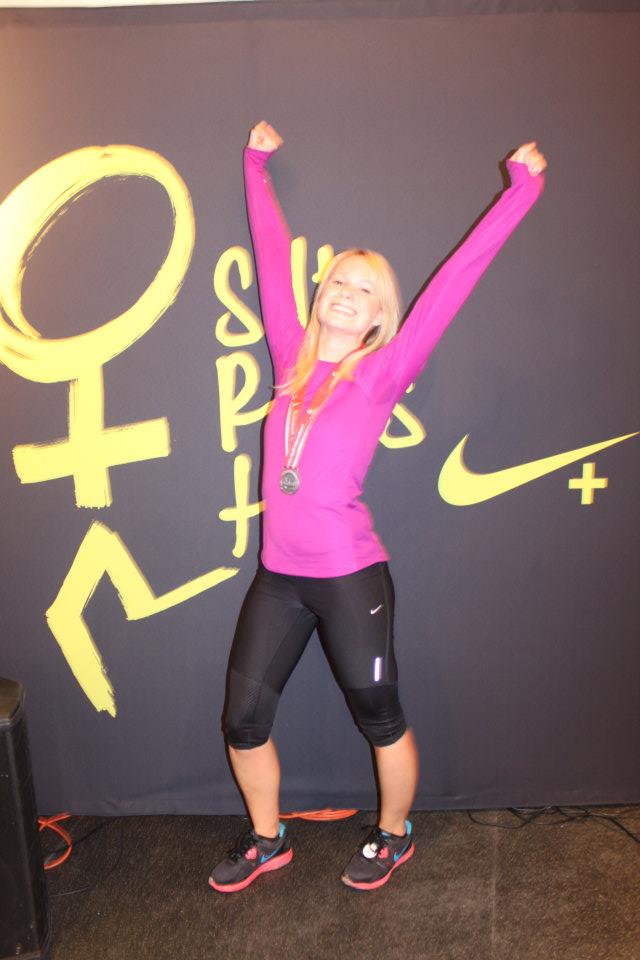 You know how this story ends. I fell in love with running. As soon as I crossed the finish line of my first half marathon, I knew that was just the beginning. I was excited to see what else I could do. There’s really nothing better than doing something that you previously thought was impossible.

After my half marathon, they decided to keep the Nike Training Girls blog going. Apparently it was going well. I continued writing, running, and graciously accepting clothes and shoes for nearly 18 months!

I ran several races. I improved my average pace and my confidence. I tentatively even called myself a runner.

In that time, I was fortunate to have some really amazing experiences as a result of my work with Nike. The weekly run club continued, but there were also special events with guest speakers and trainers. There were running scavenger hunts around the city and special VIP lounges after races. I even got to be in a promotional video for the Sporting Life 10K, one of the most popular 10K races in Toronto.

One of my most memorable experiences was the Nike Fuel Band launch in 2012. As part of the launch, I got to meet one of my heroes (and celebrity crushes!): Canadian triathlete Simon Whitfield. We even got to go for a run together! 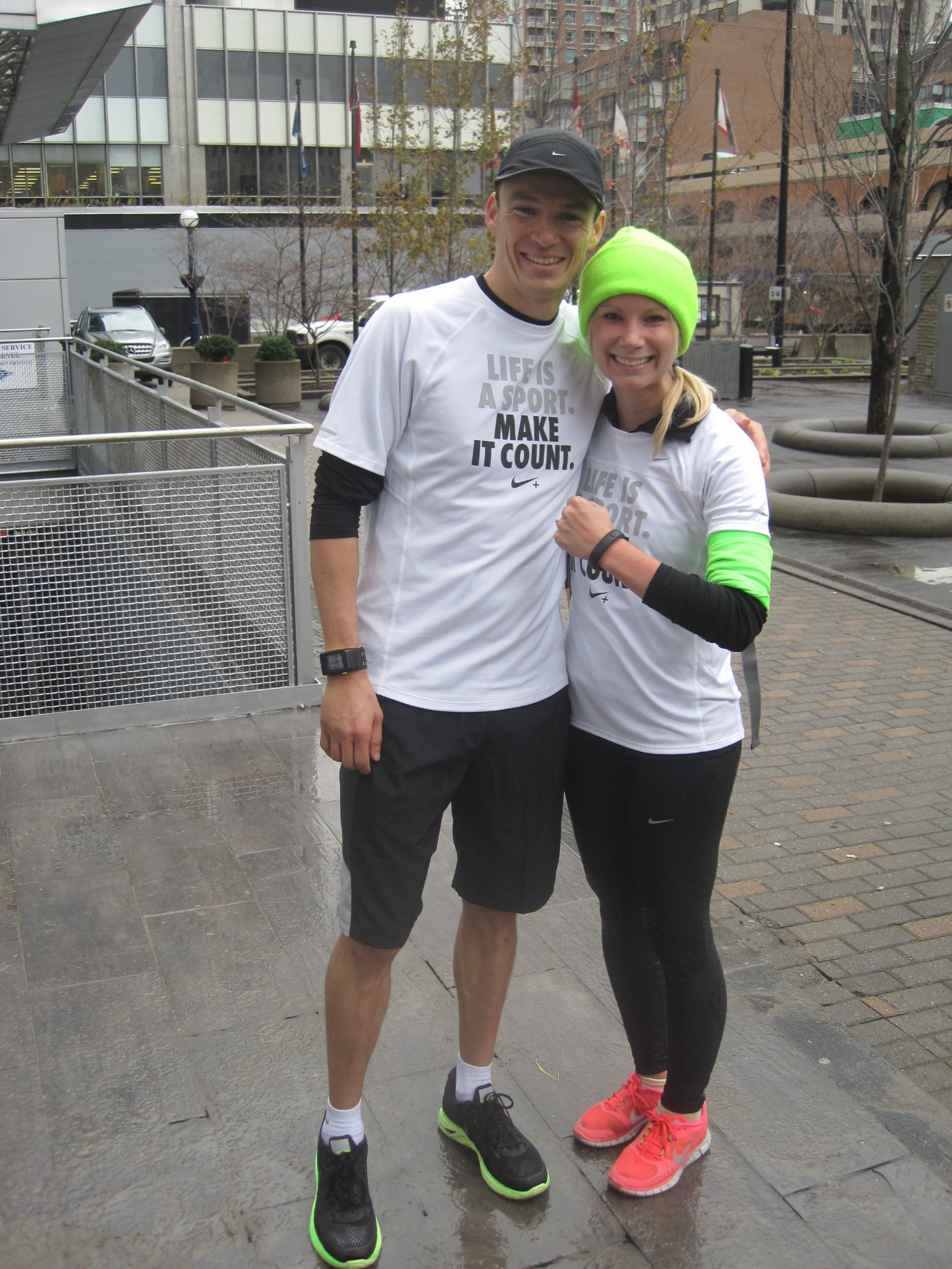 Look! It’s me and Simon Whitfield!

Eventually, the Toronto Nike Runner’s Lounge underwent some changes, and with those changes, the blog was shut down. To say I was devastated is an understatement. I actually wept. It was something that brought me so much joy and I was shattered that it was ending.

After I was done sobbing into my keyboard, I realised things didn’t need to end. This wasn’t the end of running and blogging. I could start my own blog! And just like that, Thoughts and Pavement was born.

I am endlessly grateful to Nike for helping me find this passion that’s been such a big part of my life for more than 5 years.

I started running for free shoes. But I keep running because it makes me happy.