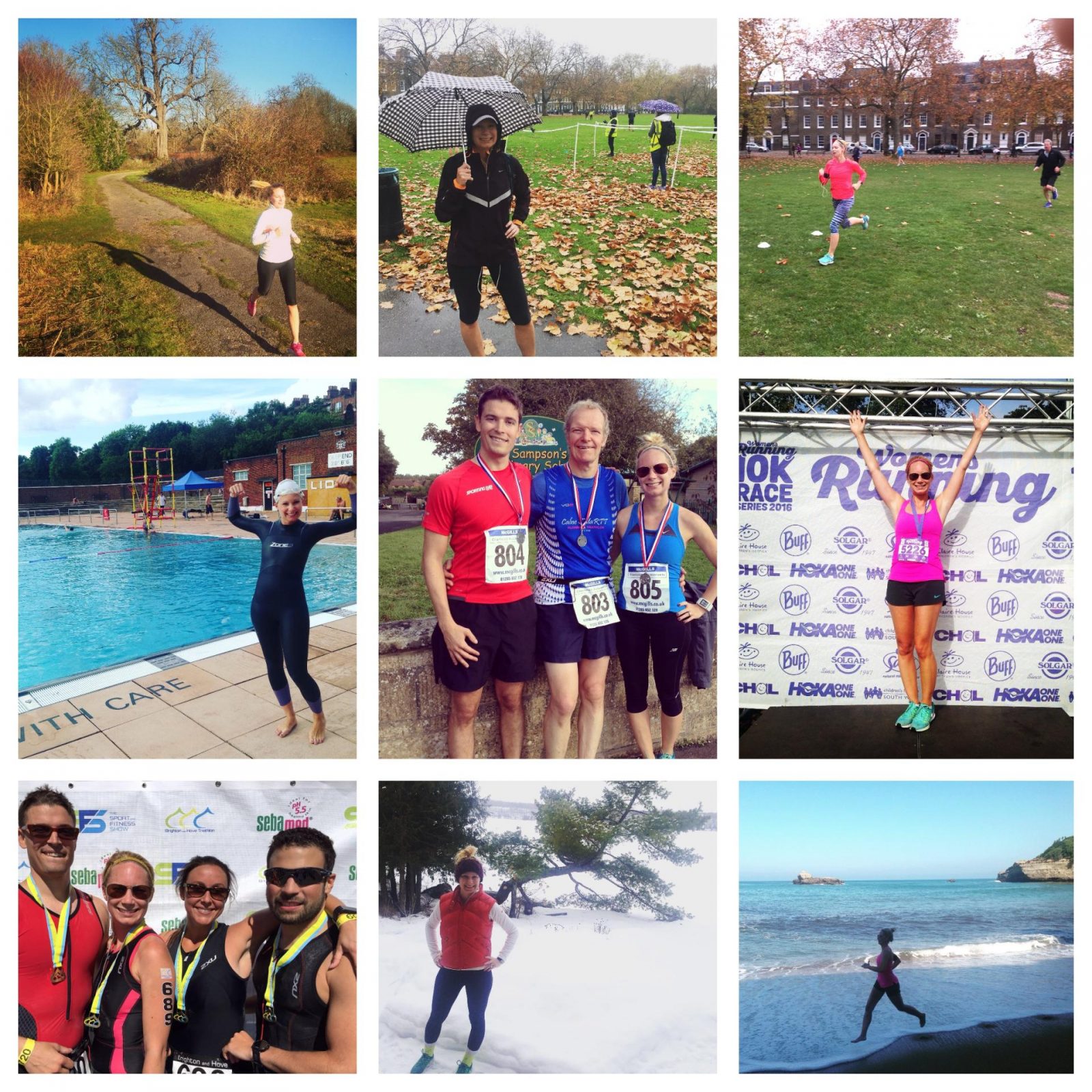 I am sitting the cottage watching the snow gently fall snuggled up in a mermaid tail blanket. A fine gift that I got for Christmas, not just once, but twice! People know me too well. 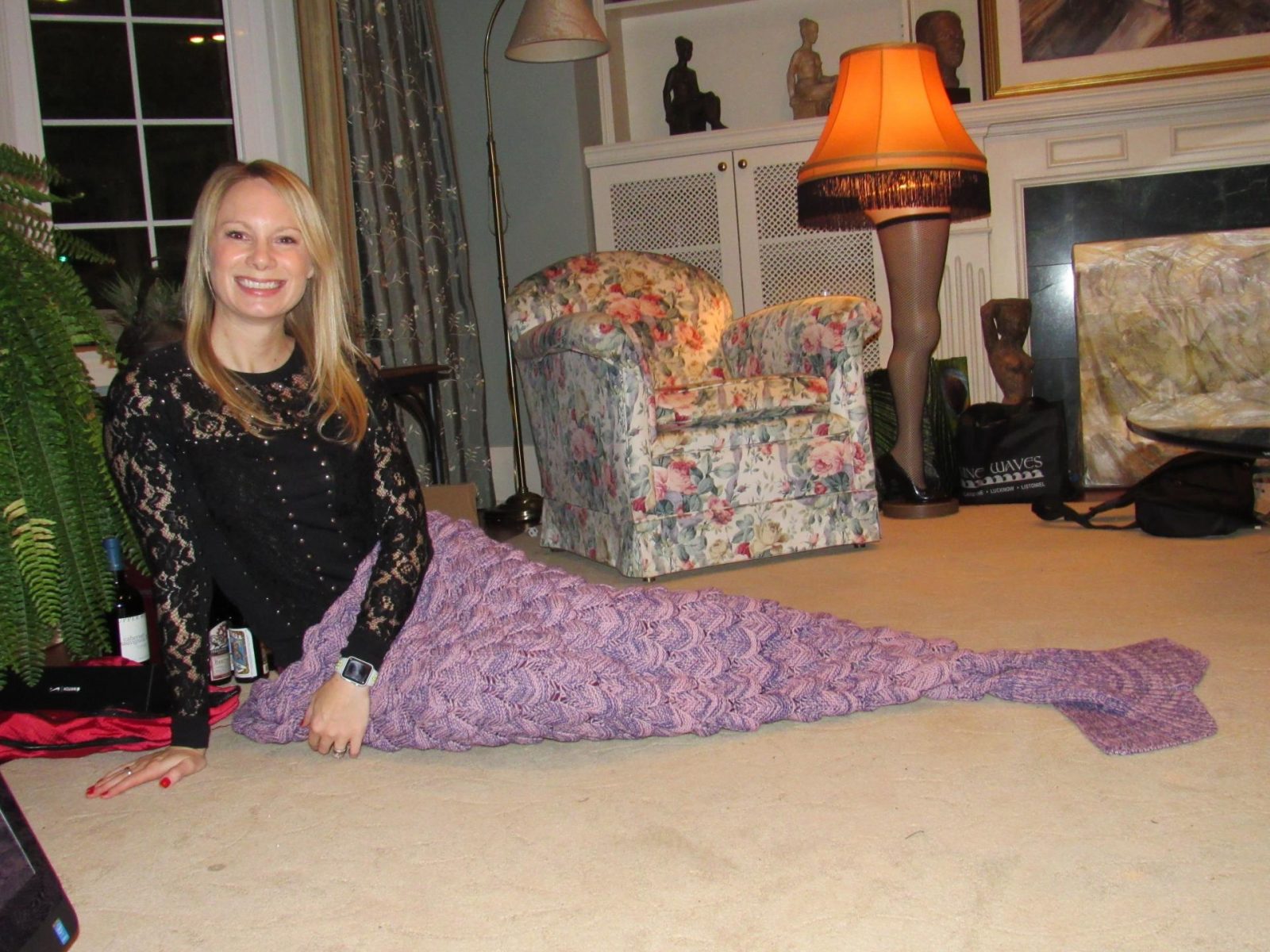 With the year coming to an end, it seems like the perfect opportunity to reflect on my running and fitness accomplishments of 2016 and it’s been a great year!

Most Memorable Race: The London Triathlon. I had a goal of doing my first multi-sport event, and not only did I do two duathlons this year, I also did two triathlons. The London Triathlon was my first, and it was an amazing experience. I taught myself to swim (properly), bought a road bike and did a ton of brick workouts to prepare. It was a gorgeous, sunny day, and I had a bunch of friends there to cheer me on. An absolutely memorable accomplishment.

Best Run: It’s a tie between my new half marathon personal best of 1:57:49 at the Hampton Palace Half Marathon, and my new 5K PB of 25:03 at the Highbury Fields Parkrun.

Favourite Race: Without question, it was Bay to Breakers in San Francisco. This hilarious costume race was definitely unlike any event I have ever done. My husband and I dressed as Mario and Luigi and ran the 12K course with thousands of semi-drunk revellers in costume… or nothing at all! 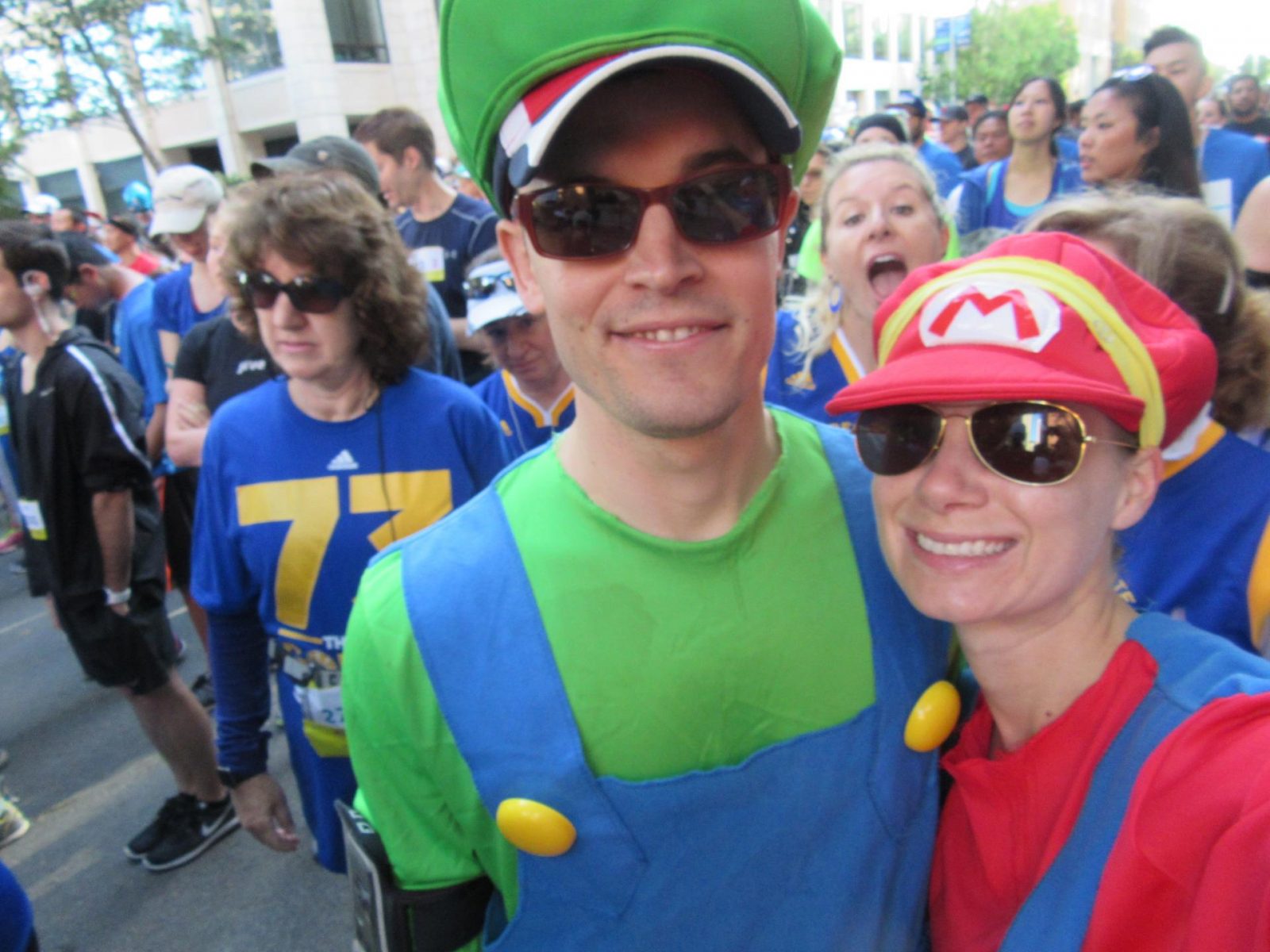 Best Piece of Gear: My new Apple Smartwatch with Nike+. While I only got this watch in October, it quickly became my favourite running accessory. Not only does it easily integrate with the Nike+ app, it also tracks all my other activity and I can make phone calls from my watch – which is an awesome, albeit weird, novelty. A close second is my prescription Ray Ban aviators. I wore them in nearly every race.

Accomplishment of the Year: Redesigning my blog in April, and making a more concerted effort on great content and pictures. And as a result, I was nominated for three UK blogging awards. I also had my first guest post published on The Runner Beans, a popular running and fitness blog by the lovely Charlie Watson.

Let’s not dwell on this one, but I would be remiss if I didn’t at least acknowledge that not every run was wonderful. A few so-bad-they-were-memorable moments were:

PS – Don’t forget to vote for me in the Trespass blog awards! Just click here, then click on Running, and vote for Thoughts and Pavement. Voting ends January 9!