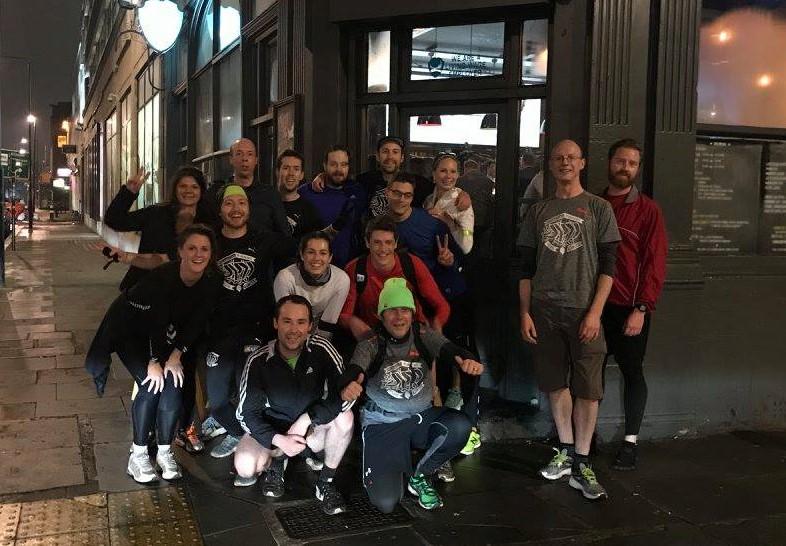 We did it! Happy first anniversary MRC!

A few weeks ago, I joined the Mikkeller Running Club for an enjoyable run around Regent’s Park, followed by beers at the Brewdog Bar in Camden. Due to a busy schedule I wasn’t able to join this fun and friendly group again until this past Tuesday, which was perfect, because it was the club’s first year anniversary!

To celebrate, the group met at the Brewdog Bar in Soho, with the aim of doing a two-part run, with a beer break in the middle. Because you know, you need to refuel during a run.

After some socialising in the very packed, very hot basement of the bar, we set off for our run, lead by Carl, the charismatic and energetic club leader. The streets were packed. After all, it was a mild evening around 7pm and we were right in the heart of the city. Undeterred, we carried on, weaving and bobbing around people and dashing across congested streets. I have to admit, if you asked me to pick the WORST place to run in London, I would have to say Oxford Street or Carnaby Street during rush hour, but there we were, running in the thick of it, hardly concerned at all.

Check out this video that Carl took of us running:

Despite the busyness, we were managing a very swift pace. And when we finally got to Green Park, we were running at a solid 5:00/km pace. And somehow, not only was I keeping up with the front of the pack, I wasn’t even struggling. I suddenly became confident that I could accomplish my sub-25 5K goal and happily carried on feeling quite smug.

As you would probably imagine, in a running group that encourages beer drinking and meets at a bar, the Mikkeller Run Club attracts a lot of craft-beer-loving guys. So for that reason, the average pace of the group is a little outside my comfort zone. Equally though, I feel a certain amount of competitiveness to keep up with the boys. Given that I am one of a few girls in the group, I feel compelled to strongly represent my gender. I was definitely on my game on Tuesday.

After about 5K, we were back at the Brewdog in Soho enjoying our complimentary half pint. Soon after, we set off again to the Brewdog in Camden. Admittedly, I wasn’t able to keep up the same pace we set in the first part of the run – a perfect illustration of the effects of beer drinking on running performance! Nevertheless, after another 4K or so, we arrived at our final destination. 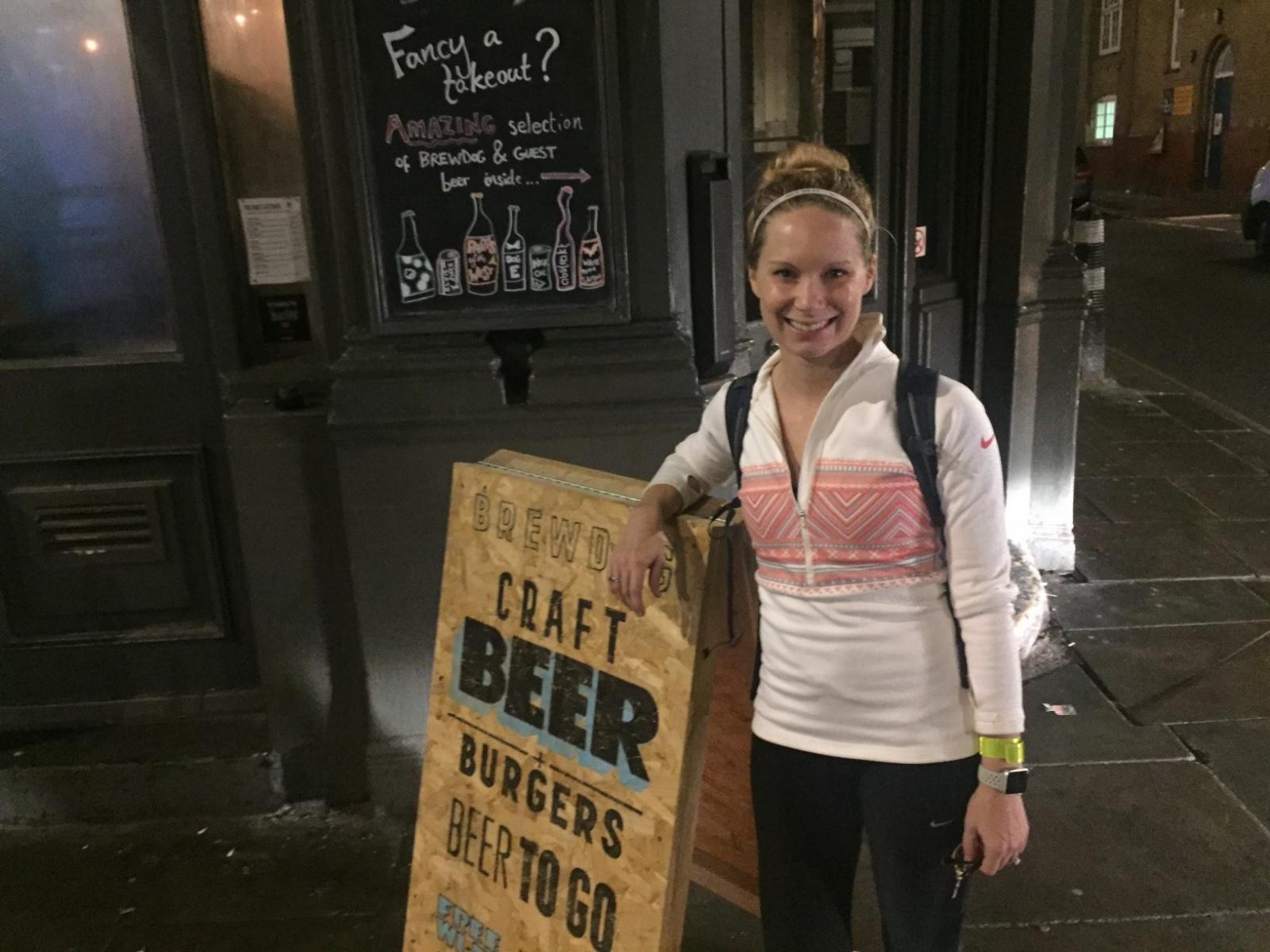 The bar reserved an entire area just for the run club and we enjoyed many more beers and delicious food. After nearly 9K, I was starving! Brewdog has a great vegan burger made of something called seitan, a meat substitute made of wheat gluten. It is honestly the best non-meat burger I have ever had! 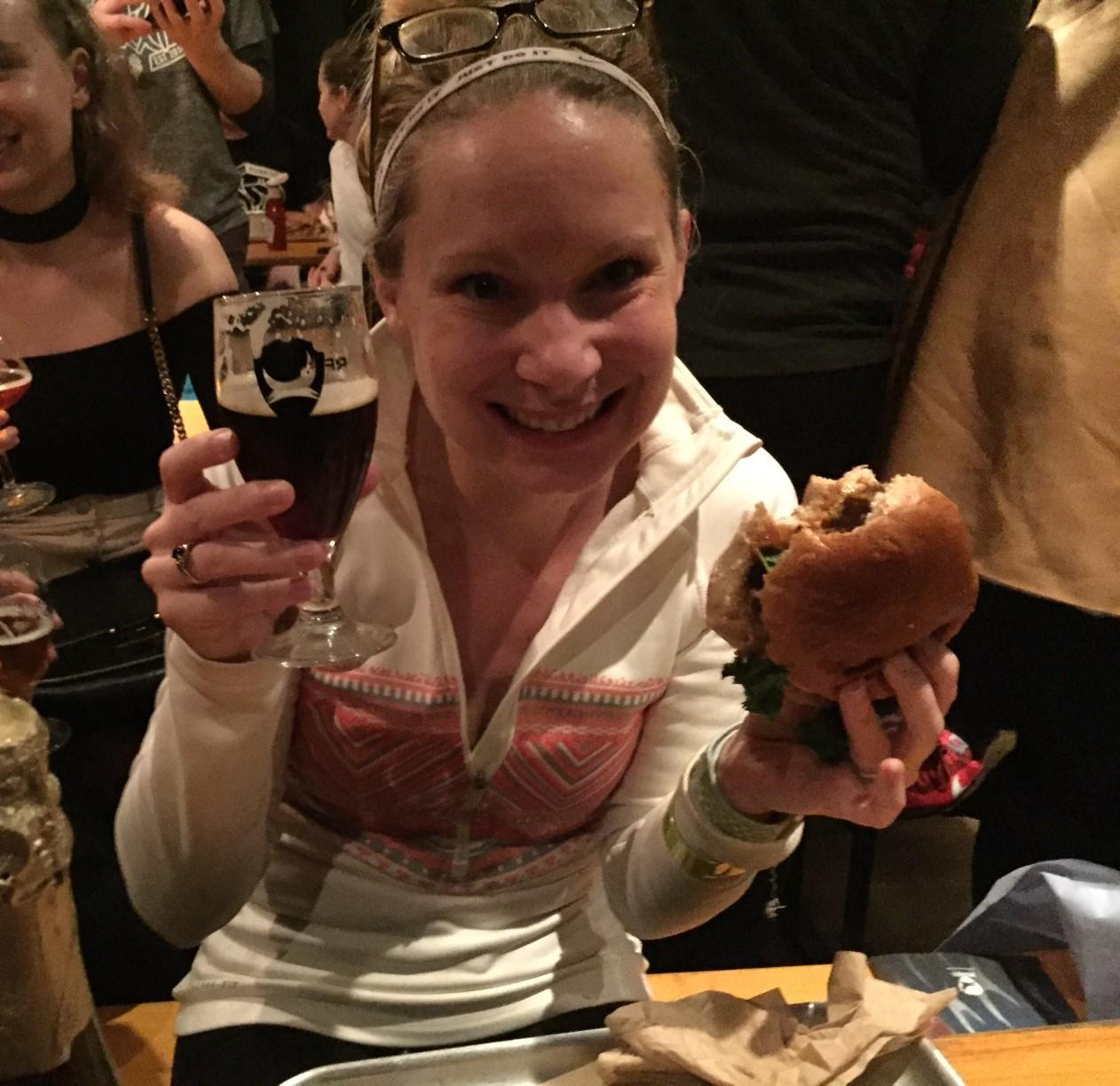 Lots of the regular run club members brought some special craft beers to share so there were many tasty brews being passed around too.

There is one more Mikkeller Run Club on the 18th of December. Sadly, we will miss it as we will already be in Canada for the holidays. But if you’re looking for a fun, friendly group to run with and share a drink with after, this is definitely worth marking on your calendar. They meet at 12 at the Brewdog Bar in Camden.

You can find out more information about the club on their Facebook page here. I’m looking forward to joining the group more often in the new year.