People are amazing. The incredible things people do never ceases to amaze me. All it takes is one good story to make you realise that limits are self-imposed and boundaries are really imaginary. That message was something that came through loud and clear at last week’s launch of the EtchRock Elites.

EtchRock is an event management platform for fitness events and last week, they officially launched EtchRock Elites, a collective of generally amazing people that I had the opportunity to mingle with and hear speak about their recent adventures.

The Elites aren’t just athletes. They are superhumans – a truly incredible group of individuals from all around the world that really redefine what it means to challenge yourself. Whether it’s running 401 marathons in 401 days, or being the first to swim across the world’s largest natural whirlpool, these people are constantly pushing the limits of what is humanly possible. And I got to hang out with them! By the end of the evening, I was convinced I could accomplish anything. I felt like I should run a half marathon before bed, or sign up for an Olympic distance triathlon. It made me hungry for my next challenge. 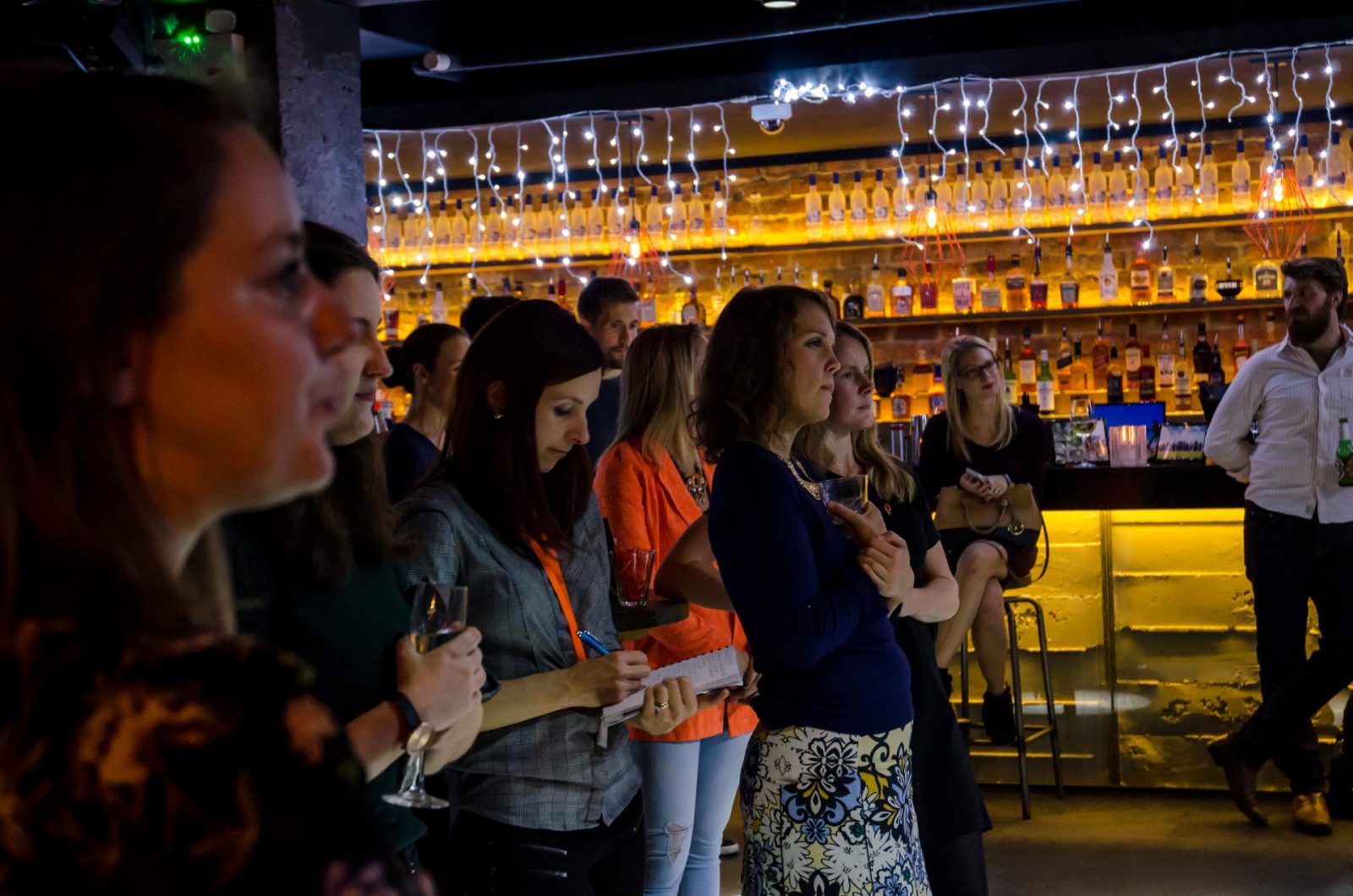 There’s me. Sitting at the bar. It may not look like it, but I am inspired.

Over the course of the event, we got to hear from three amazing speakers.

The first was Luke Tyburski who completed his self-created Ultimate Triathlon. In a world first, Luke covered 2,000km in a 12-day swim, cycle and run from Morocco to Monaco. He suffered battered feet, wounded legs and total exhaustion but with the help of a strong, supportive crew, he made it, putting both his physical and mental limits to the test. Luke always wears the propeller hat because he says it makes people smile. And when people smile at you, even when you’re suffering on a run, you hold yourself a little higher. I may have to try this on my next long run! 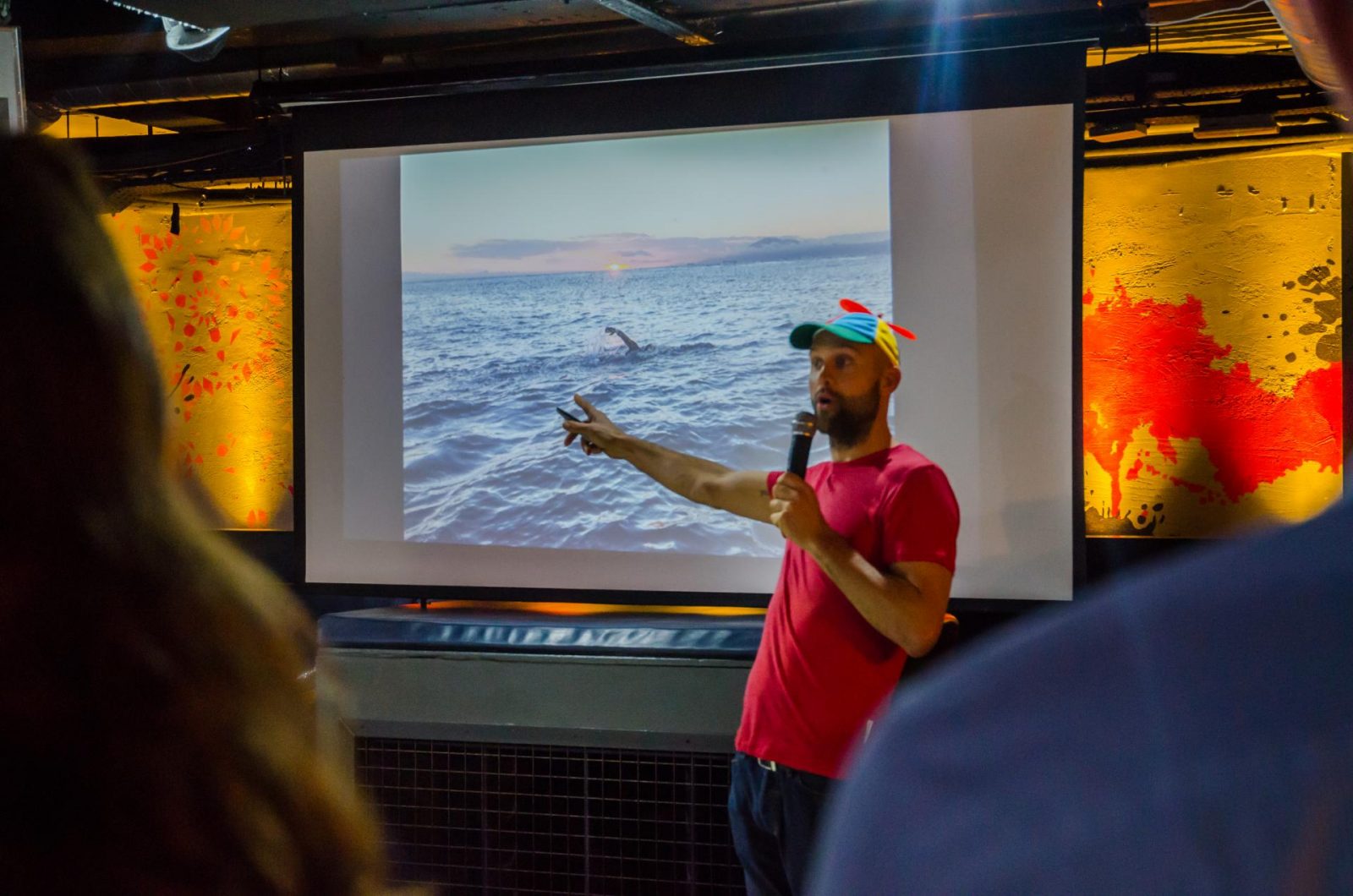 Luke talks about the swimming part of his Ultimate Triathlon.

Next, we heard from Calum Hudson of the trio known as the Wild Swimming Brothers. Calum and his two brothers grew up in the Lake District, swimming and kayaking down streams to find hidden islands. In their latest expedition, the brothers created a challenge called Into the Maelstrom, a world-first attempt to swim across the two biggest whirlpools in the world. The Moskstraumen and Saltstraumen are violent whirlpools off the coast of Norway. Not only is the water a mere 9C, but the waters are infested with Killer Whales and giant jellyfish. I literally had heart palpitations listening to Calum’s story. I mean, I was nervous doing open water swimming in Brighton for my triathlon in September. This sounded absolutely nightmarish. But you couldn’t help but get into the story listening to Calum talk about this adventure with his brothers, grinning ear-to-ear the entire time. 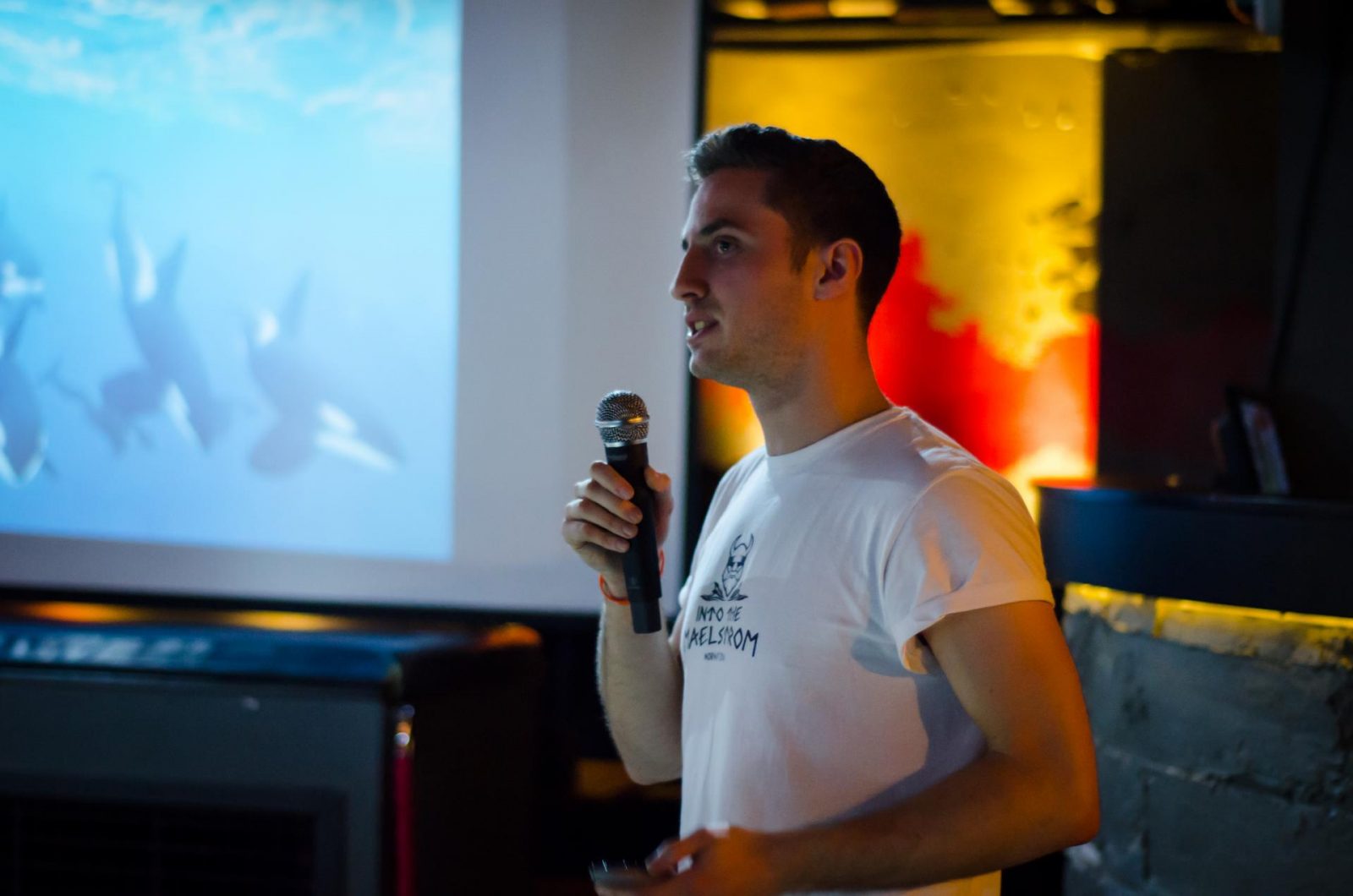 Calum talks about his harrowing Maelstrom swim. Note the Killer Whales in the background! Eeek! 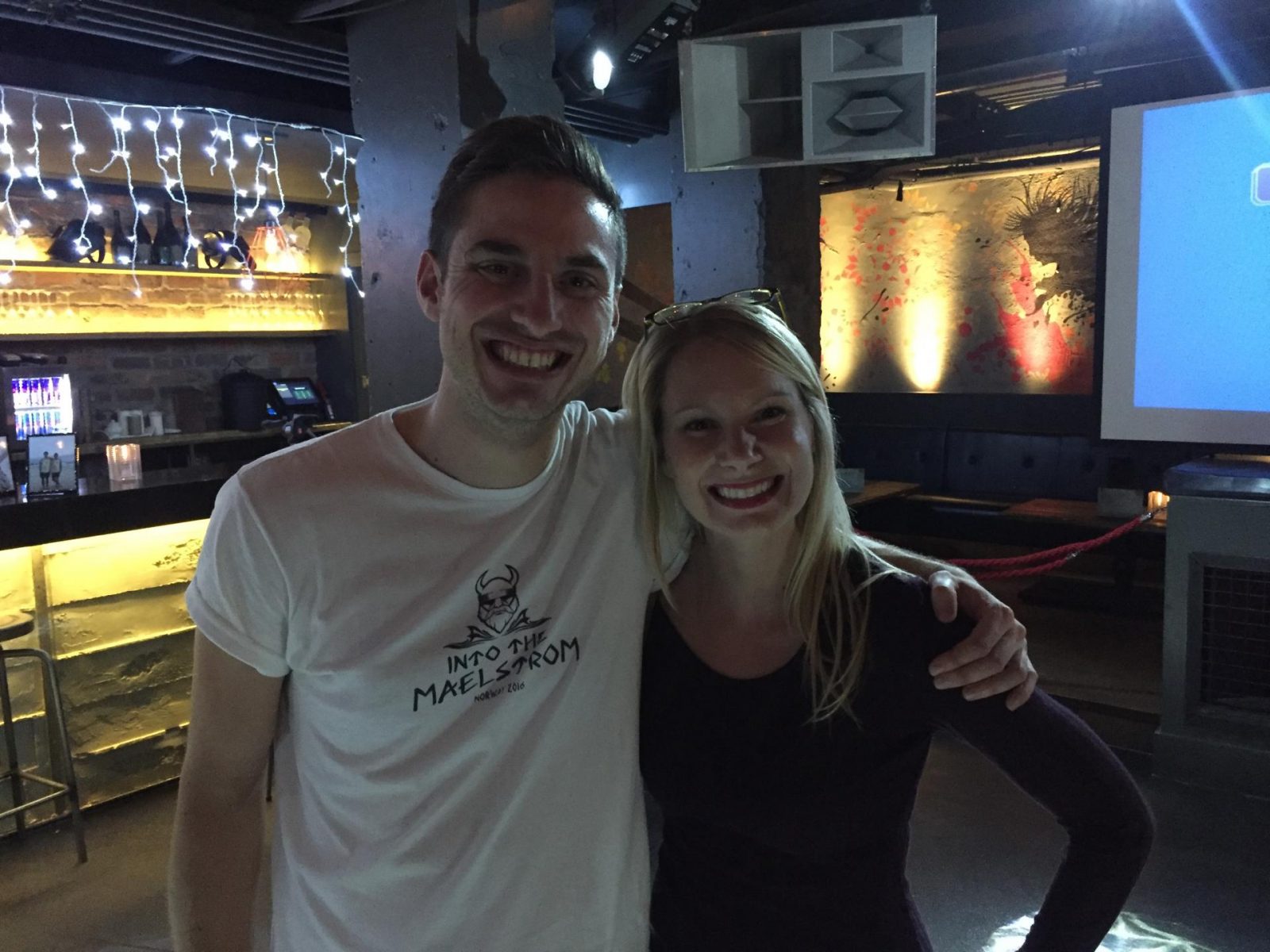 After this, I was motivated to get back in the pool – much safer than a Maelstrom!

Finally, we heard from Michael Robbert Brans, the world-record holder for the fastest 5K on crutches. After facing cancer three times, Michael had a full leg amputation but he’s never let that stop him from accomplishing amazing things. In addition to participating in obstacle course running and Crossfit, Michael also climbed Ben Nevis, the highest mountain in the UK to raise awareness for cancer research. A truly inspiring and motivating guy. 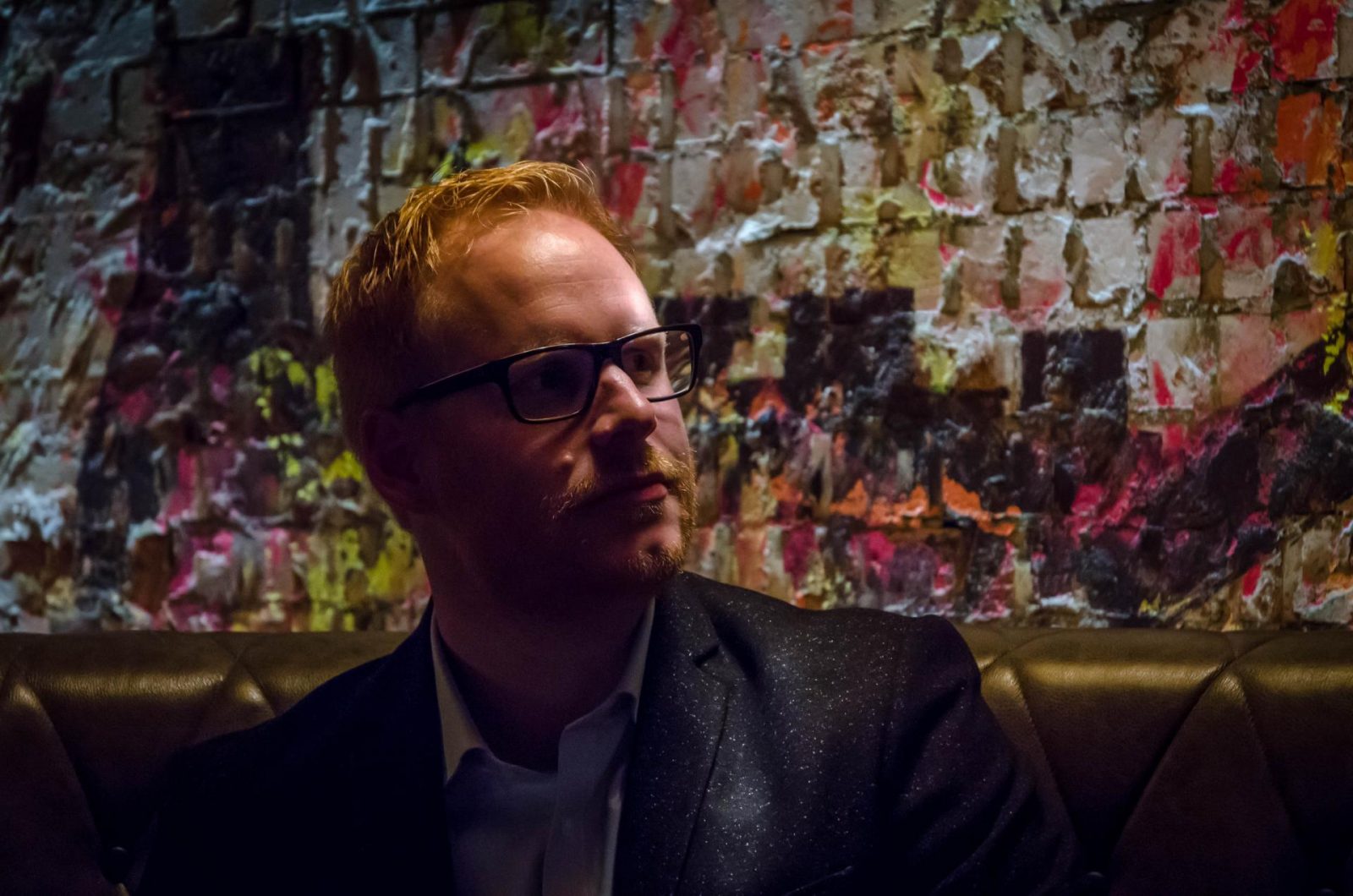 Michael looking introspective after his talk. Maybe thinking about his next challenge…?

In between drinking wine and nibbling tasty snacks, I also had a chance to chat to Jamie Ramsay, an amazing endurance athlete who quit his job to embark on a 17,000km solo running expedition from Vancouver to Buenos Aires. Can you just take a minute to think about that? Incredibly humble and open, we had such an enjoyable conversation with Jamie and he graciously answered all our rapid-fire, incredulous questions. While he wasn’t speaking at the event, he is one of the Elites. I’m hoping we cross paths at an upcoming Parkrun. 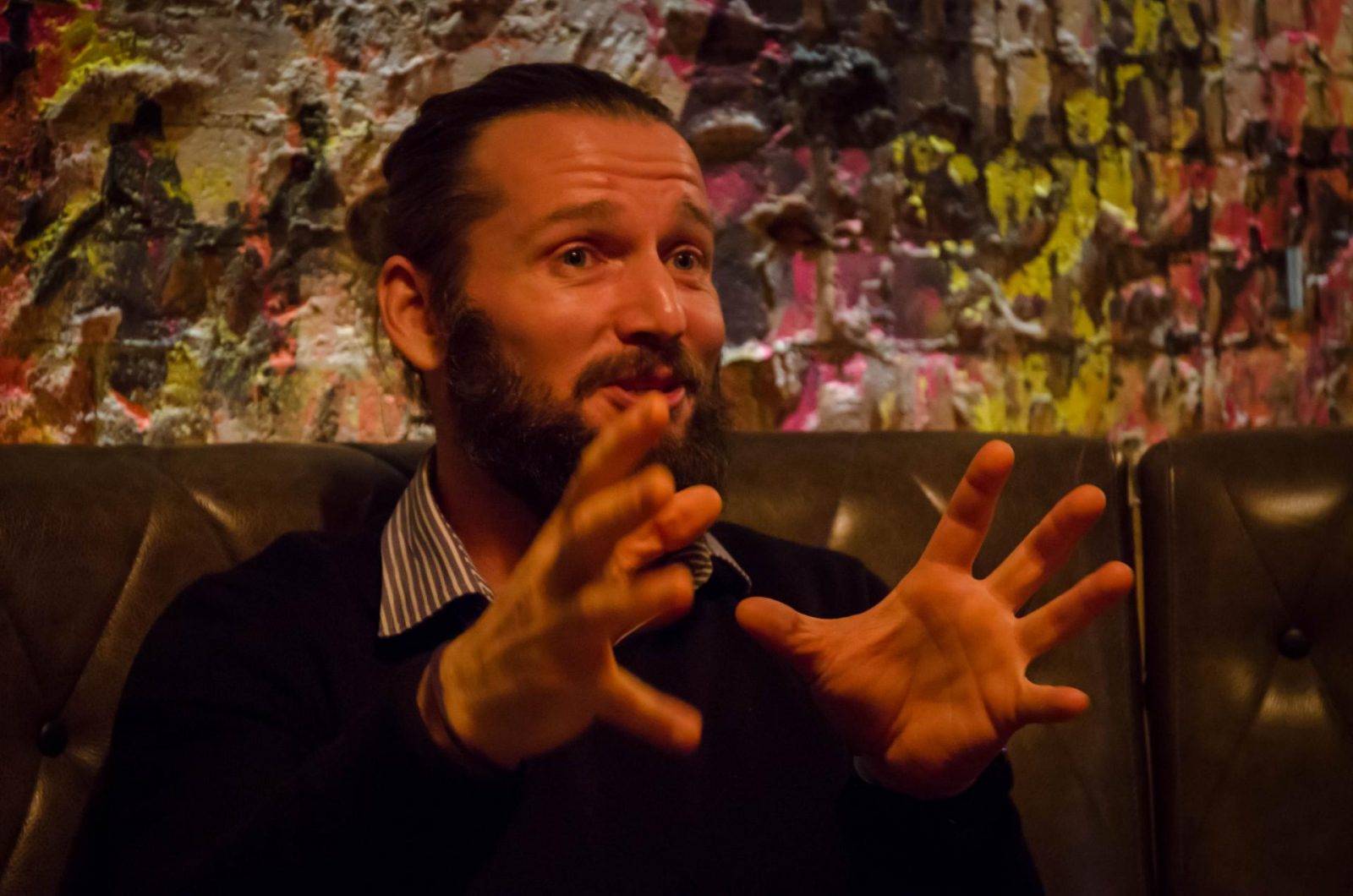 Jamie talking animatedly about his adventure.

Through their amazing accomplishments, the EtchRock Elites are able to inspire people to take on a challenge of their own (Yes, even running a sub-25 minute 5K counts!). Often self-funded and self-promoted, EtchRock gives these individuals a platform to tell their story. I was humbled and honoured to be among this amazing group of people for an evening.

You can find out more about the EtchRock Elites here.