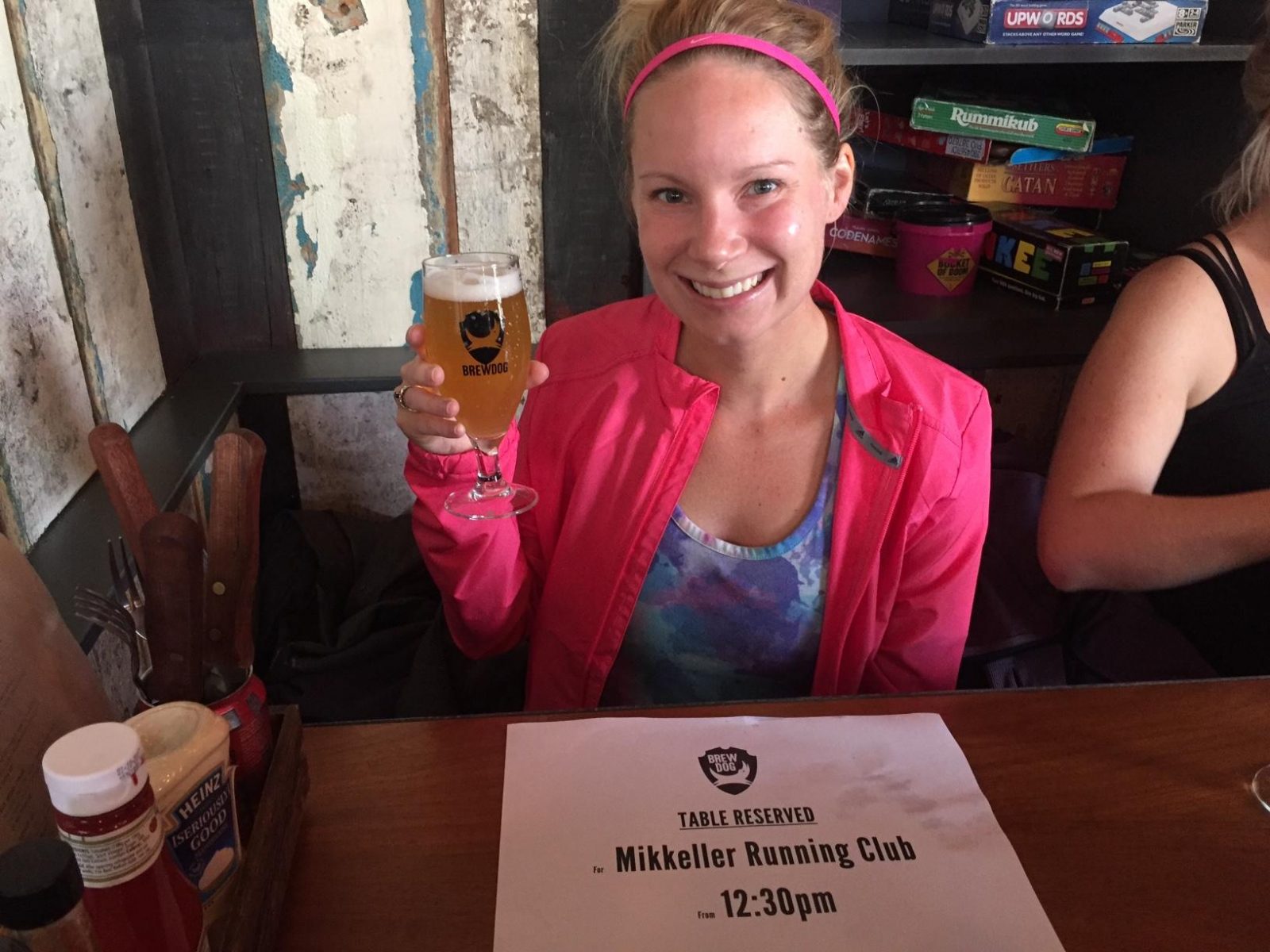 Nothing tastes finer than a free beer (Well, except maybe wine)

I haven’t run with a group in a long time. When I first moved to London, I ran with the London Marathon group, mainly because I was lost all the time, and they were good tour guides. It was a nice group, but as soon as I discovered my own running routes, I haven’t joined a group since. Until now.

After a little persuasion, my husband convinced me to join him at the Mikkeller Running Club. Having been once before, he said it was a laid back group, with different distance options and a reasonable pace. It was Sunday. I was going to go for a run anyway. It started at noon. And they offered a free beer after the run. Hard to say no, really.

The overall idea of the Mikkeller Running Club is to stay fit through running, which allows you to enjoy even more of the good life – like beer (and good food!) The club was founded by Mikkel Borg Bjergsø, the owner and creator of Mikkeller, a micro-brewery founded in 2006 in Copenhagen. And not surprisingly, he is also a passionate runner. He basically took his two loves – beer and running – and put them together to form the Mikkeller Running Club. There are groups all over the world. You don’t have to be fast or experienced to join the run club. It’s for everyone and they really encourage all abilities. No sign up required. No requirements at all. Just turn up, ready to run. And drink beer.

So off we went to the Brewdog Bar in Camden where the group meets. A small group of 15 gathered and after a brief intro from Carl, the energetic leader, we set off. He promised a slow pace and lots of breaks in case you wanted to do a shorter distance. 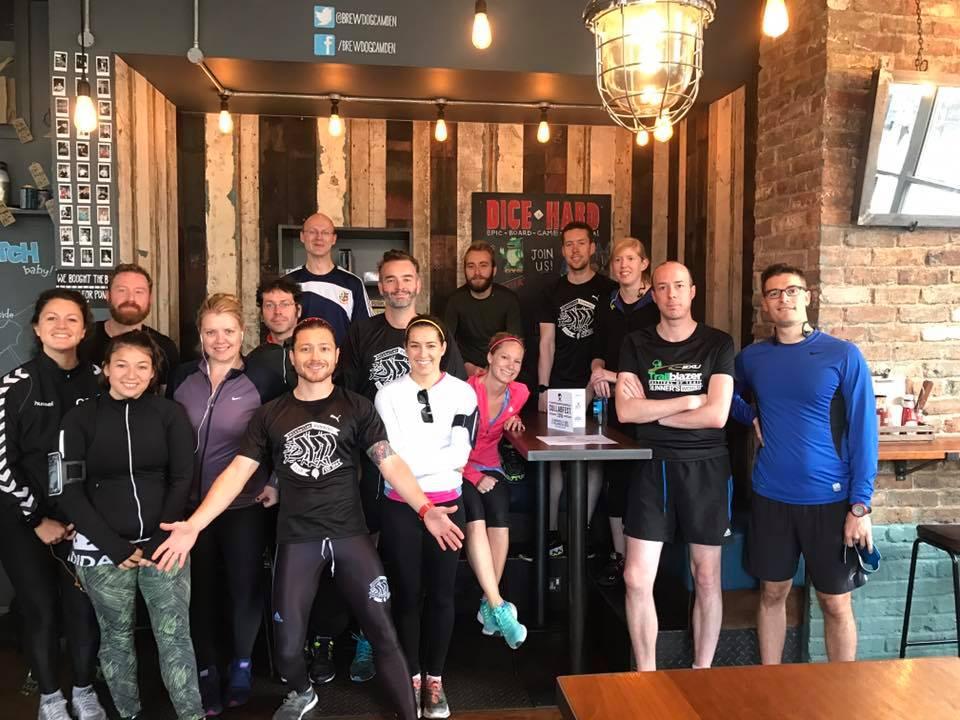 I obviously missed the memo that said dark colours only. Pink was not appropriate.

I quickly learned that Carl is an amazing human. With multiple interesting jobs and a marathon on the horizon, he leads the run club as part of his busy schedule. He has an ambitious time goal for his upcoming marathon, so I could tell our 5:50/km pace to start was well below his threshold! With every stop, a few people turned back to the bar in search of their free beer and we picked up the pace a little.

We ran around Regent’s Park, and eventually up Primrose Hill where we stopped for a quick photo before making our way back to the store. It was a beautiful route. A perfect Autumn day with lovely golden leaves and just a little chill in the air. Perfect for running.

By the time we got to Primrose Hill, I was the only girl left, and the guys had picked up the pace substantially. Closer to 5:15/km. I managed to keep up, and felt pretty good after our total 9km, having run much faster than I would have if I went out on my normal route. I forgot how motivating running with a group can be.

When we got back to the bar, the free beer was delivered as promised, and the bar had generously reserved a table for the running club to gather. 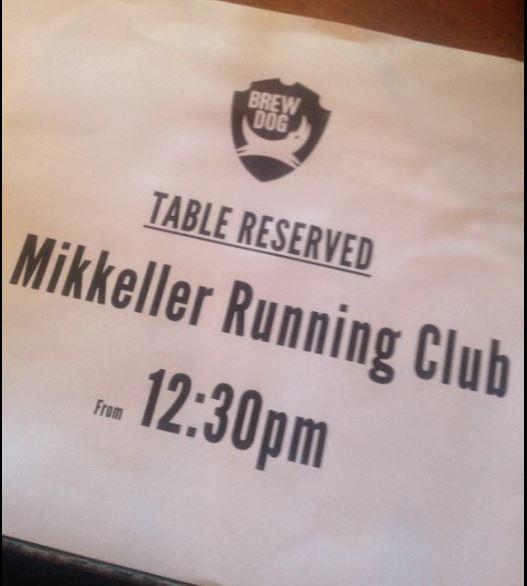 Unlike most running clubs I’ve been to, people stuck around for a long time after the run! We had a few more beers, and eventually food, and before I knew it, I had several new friends and it was nearly 4:00pm! What a lovely afternoon! 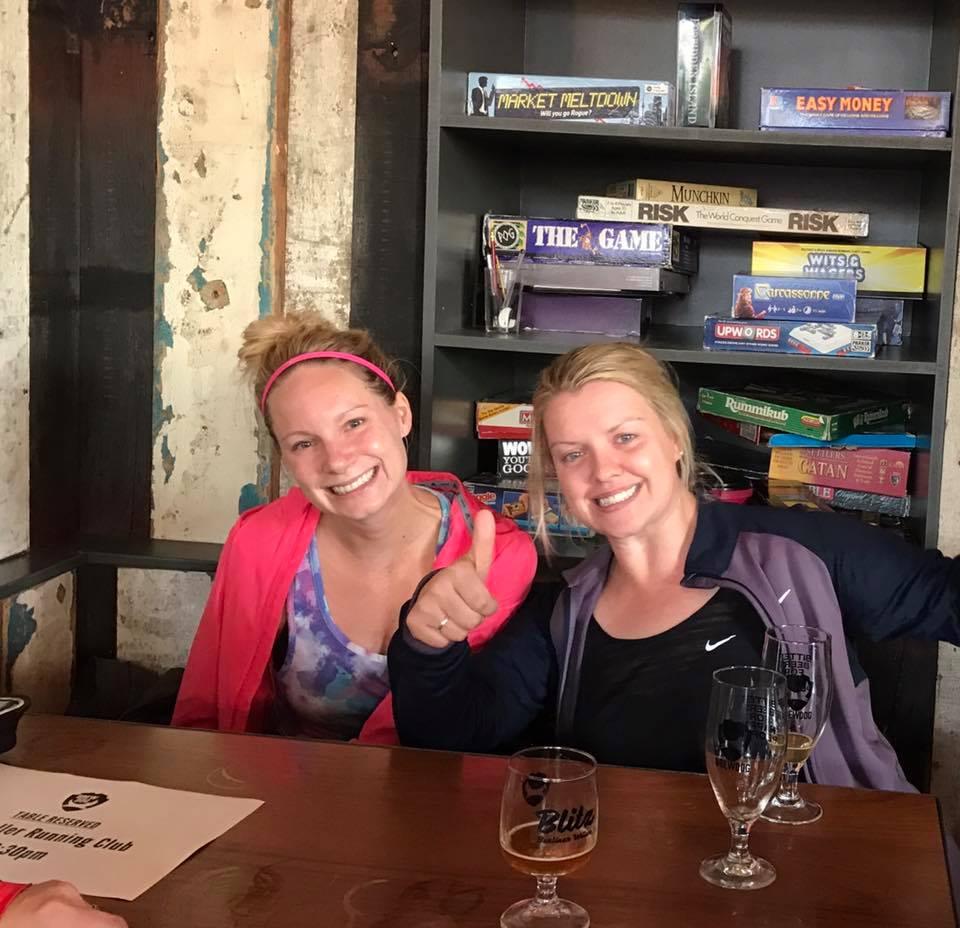 Mikkeller Running Club has two locations in London: Camden and Soho. If you like beer and a great, welcoming run club, check it out. You can find more details about the runs, as well as their upcoming anniversary party on their Facebook page here. And you can also find out more about the Mikkeller Running Clubs worldwide on their website here.

Maybe I’ll see you there next time? 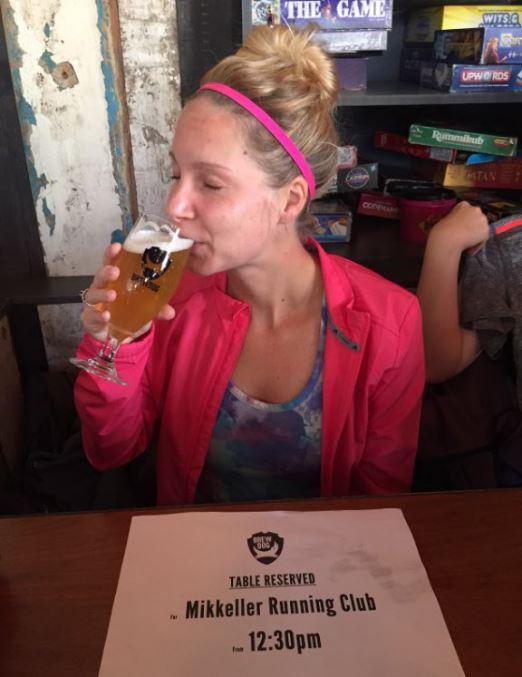