I was eagerly anticipating this week. For runners, this week is akin to Christmas. It’s the week when all of the London Marathon hopefuls receive notification of the success or failure of their ballot entry. Last night, on Twitter, I saw many people tweeting their news. It’s a weird mix of emotions. While getting one of the much coveted places in the London Marathon can inspire joy and excitement, it can also cause anxiety. Getting in means you actually have to train for and run a marathon after all. And when you don’t get in, after trying year after year after year, it can cause anger and frustration.

I felt oddly optimistic on the weekend. Maybe it was because it was my birthday. I was in Spain. On a beach. Sipping some unnecessarily sugary wine cocktail out of a can. I felt like my chances were good. This was based on nothing other than the blind optimism only alcohol can inspire. 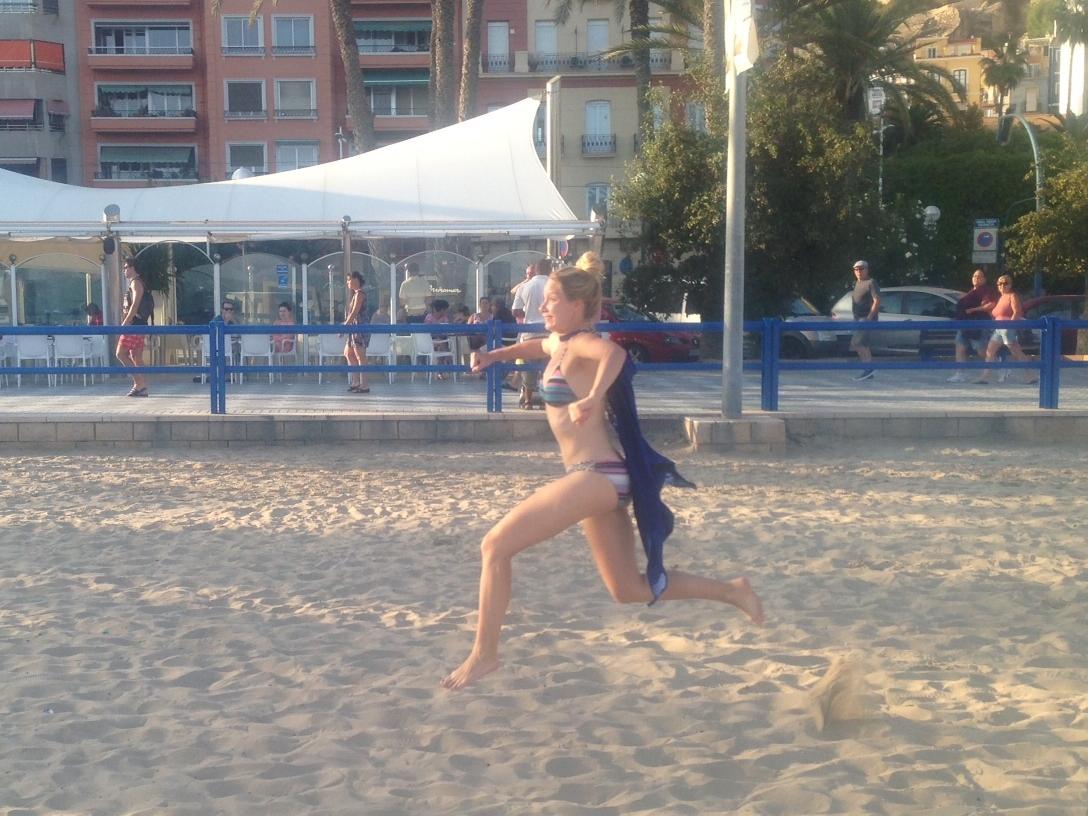 I bought a dress on the beach but decided (after a few drinks) that it worked better as a cape.

Alas, it was not to be. Two years, two rejections. And on top of that, I didn’t even get the standard rejection magazine and loser’s t-shirt in the mail. Just an impersonal, automated email, with the taunting subject: 2017 Virgin Money London Marathon – Ballot Notification

I opened it eagerly, only to be let down abruptly. Rejection is never easy. But don’t despair, says the cheerful email! There’s a link to their e-zine with information about charity places.

Yes, I know I can run with a charity. There’s about 67 of them emailing me daily with information after entering the ballot back in April. But I don’t want to raise money. It’s not that I’m a jerk that doesn’t like donating to charity. It’s just the fundraising targets are really high, and training for a marathon is hard enough without the added pressure of a financial goal as well. I just can’t commit.

But the good news is that this rejection letter has re-ignited my motivation to run. I have to admit, I felt like I was cheating on running a little bit over the last few months, as I trained for and did two triathlons. It was fun, but it forced me to put running to the side while I practiced swimming and cycling, two sports that I am fairly new at. Running is my first love. My true love. It’s time we reconnected.

With two recent 10Ks and a renewed motivation for some long distance running, I’m in search of another race to run. Suggestions welcome.