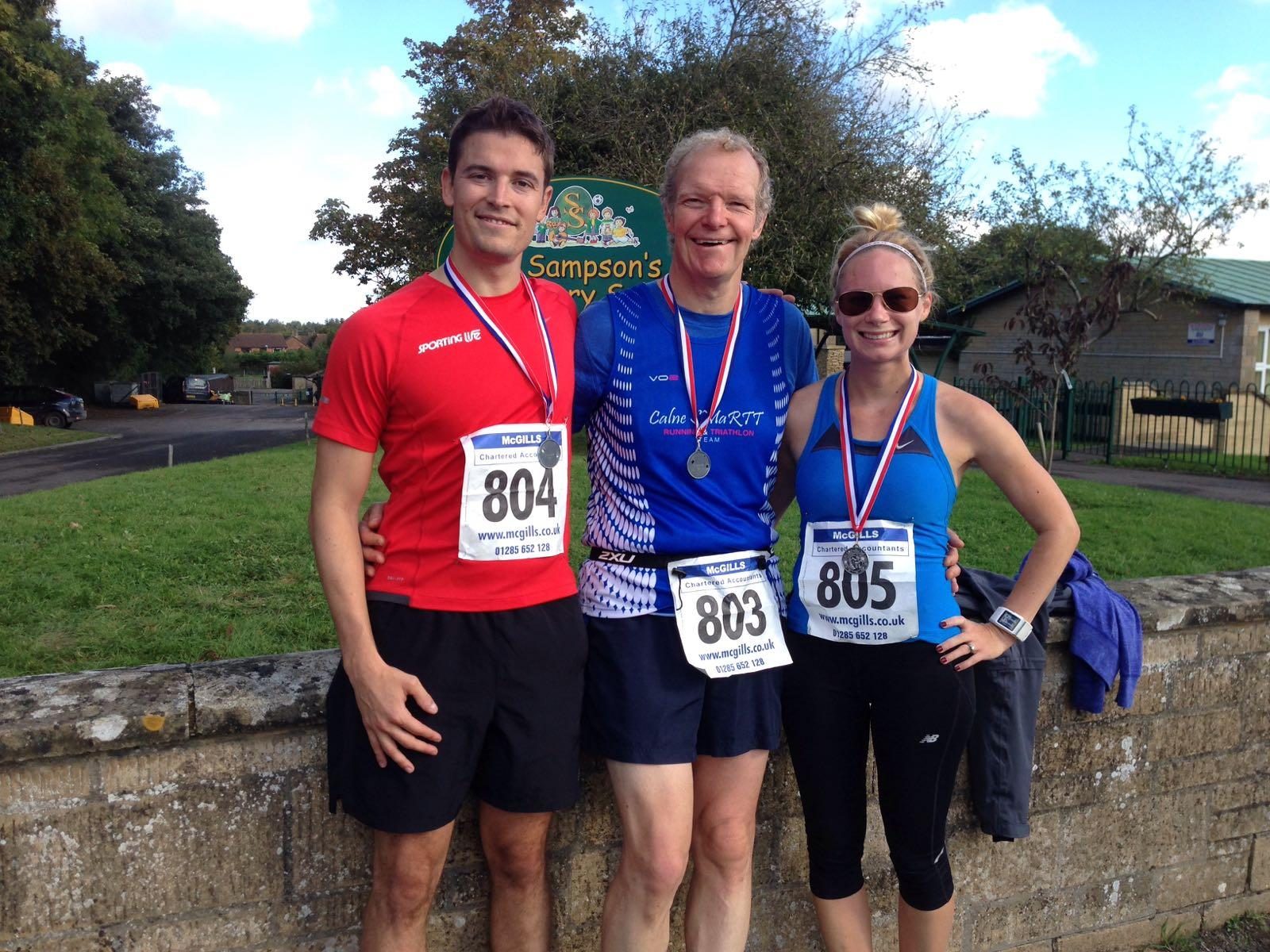 On Sunday, we traveled to Chippenham to visit my husband’s aunt and uncle. You may remember my uncle-in-law Keith. He’s made an appearance on this blog several times. Not only did he launch his own coaching business called Blue Planet Triathlon, he also ran the Corsham 10K with us and the Yorkville 5K last year in Toronto where he won his age category. He’s a great runner, a world class triathlete, and a certified triathlon and cycling coach. In fact, he was the inspiration for my mother-in-law, husband and myself to get into triathlons in the first place.

So, it should come as no surprise that a trip to visit the countryside wouldn’t be complete without some sort of athletic pursuit. We decided on the Cricklade 10K, a small, friendly race in the Cotswolds.

The event offered a half marathon distance, a 1.5 mile fun run, and the 10K. Having just run the very hilly Women’s Running 10K last weekend in Finsbury Park, I was looking forward to the reasonably flat course promised in Cricklade.

I was frightfully hungover on Saturday. I really shouldn’t drink so much wine! Ugh. So in my fragile state on Saturday, I didn’t have very high hopes for a PB the next day. But surprisingly, I woke up feeling pretty fresh. The sun was shining and I was well rested. A good race was definitely possible.

We set off without much fanfare and headed off through a quiet, residential area. We were soon on country roads, surrounded by rolling green fields with sheep, horses or cows on either side. Yes, you know you’re officially in the country when one of the largest hazards of the day was dodging piles of horse manure along your race route!

At one area of the course, a single cow was moo-ing repeatedly in what sounded like an encouraging cheer as we ran by. Save for the race marshals, these cows were our only spectators!

I managed the first 5K at about a 5:15/km pace. This is very fast for me, and I was waiting for a meltdown to occur at any moment. Even though I felt strong, I was skeptical I could continue at the pace for another 5K. But I surprised myself! With the exception of one very long, gradual hill at the 8K mark, I was pretty consistent throughout. The last 1 km of the run was an absolutely glorious downhill, so I picked up the pace until the end, finishing with a chip time of 53:25, just a hair off my personal best for a flat 10K! I placed 15th in my category out of 73. 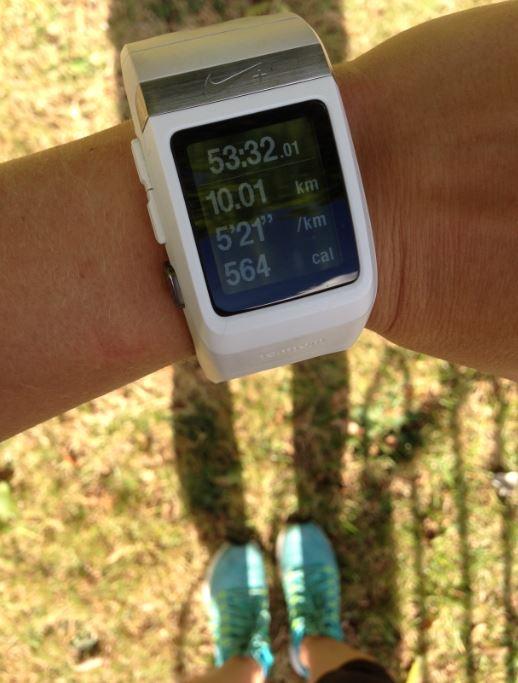 Graham and Keith ran together, and with Keith pacing him the whole way, Graham managed his own personal best by several minutes! A solid race for everyone!

I’m quite smug with my result. So smug in fact, that I am almost a little disappointed I didn’t push it a bit harder. I was feeling very comfortable throughout the race. Maybe too comfortable. I think I could have shaved off another minute or so. Perhaps a sub-50 time is in reach at some point. I suppose I have to actually train for that, and guzzling wine by the bottle 48 hours before the race probably isn’t the recommended training plan.

So after burning about 700 calories, we promptly consumed about 5,000 more indulging in a beautiful Sunday roast, expertly prepared by aunt-in-law Debbie. Food just tastes so much better after a good run, doesn’t it?

Big thanks to Keith for taking us to this lovely race. Looking forward to the next event in the countryside!