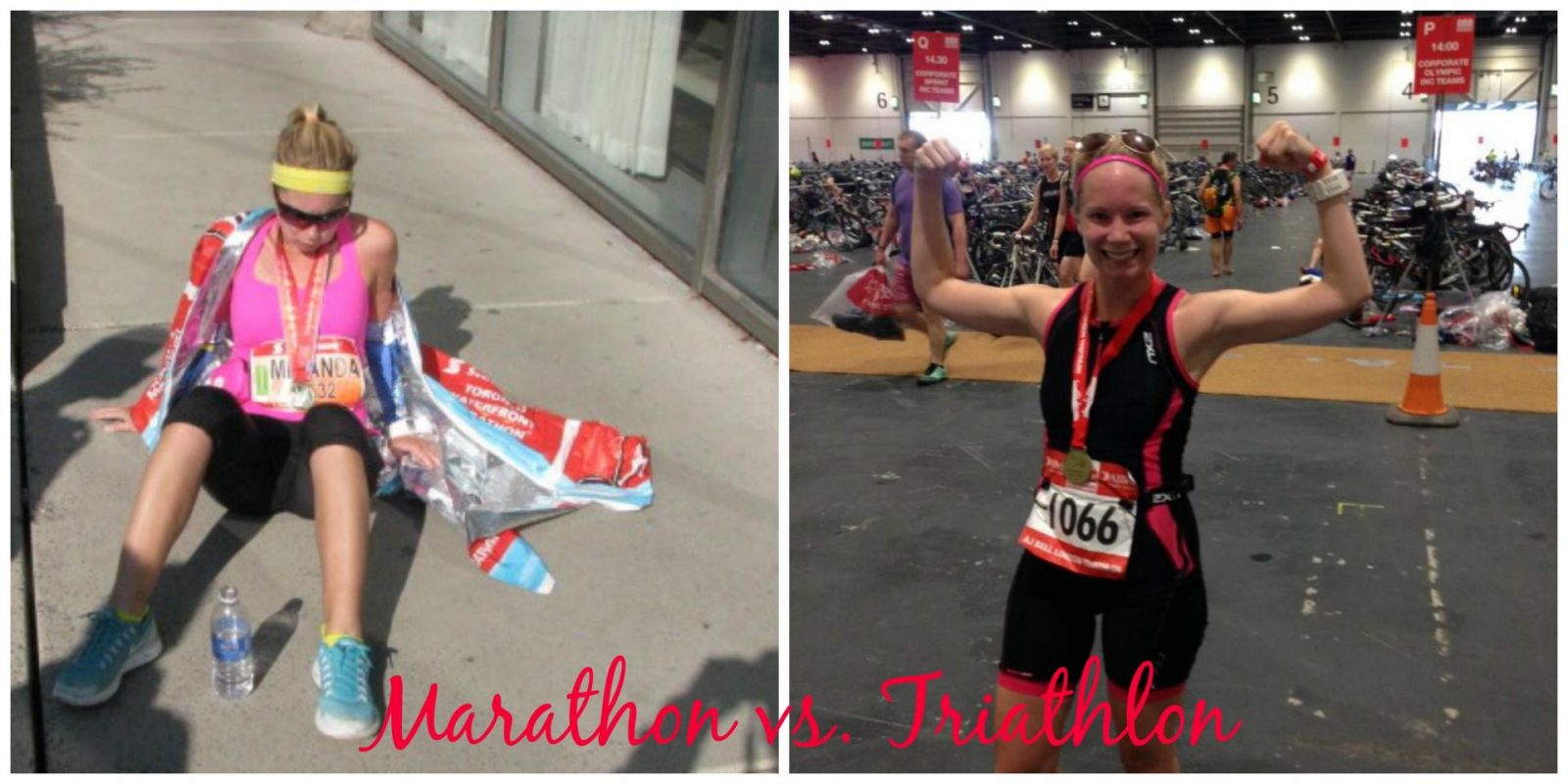 After my very successful first sprint distance triathlon on Saturday, I posted a picture of me from the race on Facebook where I’m grinning ear-to-ear and running the final couple kilometers of the race. Frankly, I was way too jolly at that point in the race, but I was in my happy place. And I felt great.

After publishing that picture on Facebook, my mom commented:

Much better vibe than your first marathon.

That’s because back in 2013, my parents very kindly came to Toronto to watch my first marathon. While it was one of the greatest accomplishments of my life, the aftermath wasn’t exactly pretty. I was dead. Not literally. But physically, I was a shell of a human being. I tried to pick up my bag after the race and just had to sit down on the concrete with my foil blanket and collect myself. I felt terrible. Not just for the rest of that day, but for days and weeks after. 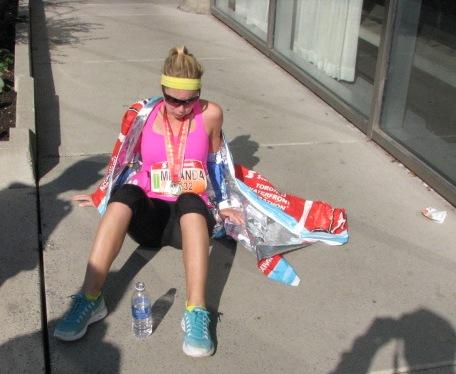 It was a sad state of affairs.

In fact, I was so legitimately injured that I couldn’t run for months after the race, and had to see a physiotherapist multiple times a week for an IT band injury. 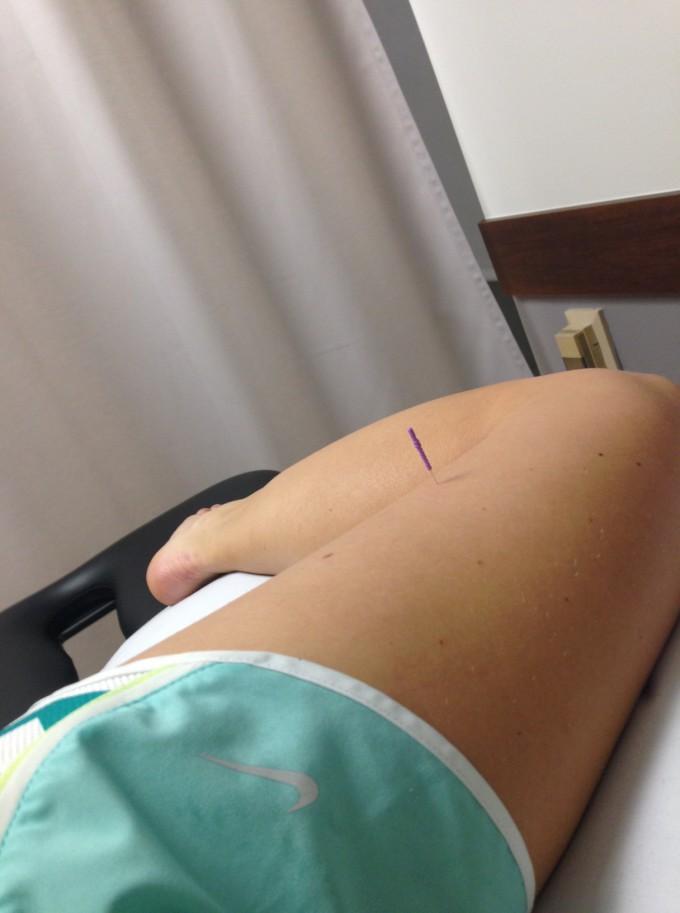 I even resorted to acupuncture!

Compare that to the aftermath of the triathlon. I was happy and feeling really strong and accomplished. I enjoyed dinner on a patio with friends. I drank wine. I went to a party after and had more wine. Even though I took the next day off to recover, I wasn’t sore. And I went back to gym Monday to continue my training.

I suppose it’s not an apples-to-apples comparison. I mean, my total running time for the marathon was 4 hours, 33 minutes. For the triathlon, it was less than half that – a mere 1 hour 47 minutes. Generally, the effort was significantly less, but I can’t help but feel that there’s a benefit to being proficient at three sports vs. killing yourself with just one…for a really long time.

I still think I have another marathon in me, but, for the moment, the prospect of doing another triathlon is a lot more appealing!