Around this time last year, we discovered Parkrun. These free, weekly timed 5K runs quickly became a regular weekend event. Well, as regularly as I can drag my butt out of bed on a Saturday morning, I’m there. I’m always surprised by how many people attend on a weekly basis. I remember working with the Nike Runner’s Lounge in Toronto several years ago and we were lucky to get 15 people at the weekly group runs. Our local Parkrun at Highbury Fields attracts more than 150 runners on a weekly basis. And it’s a super-fast group. Even the last finisher on Saturday finished with a respectable time of 38 minutes. I regularly get lapped by children or people pushing babies in strollers or people running with dogs. I mean… it definitely pushes me to try harder. 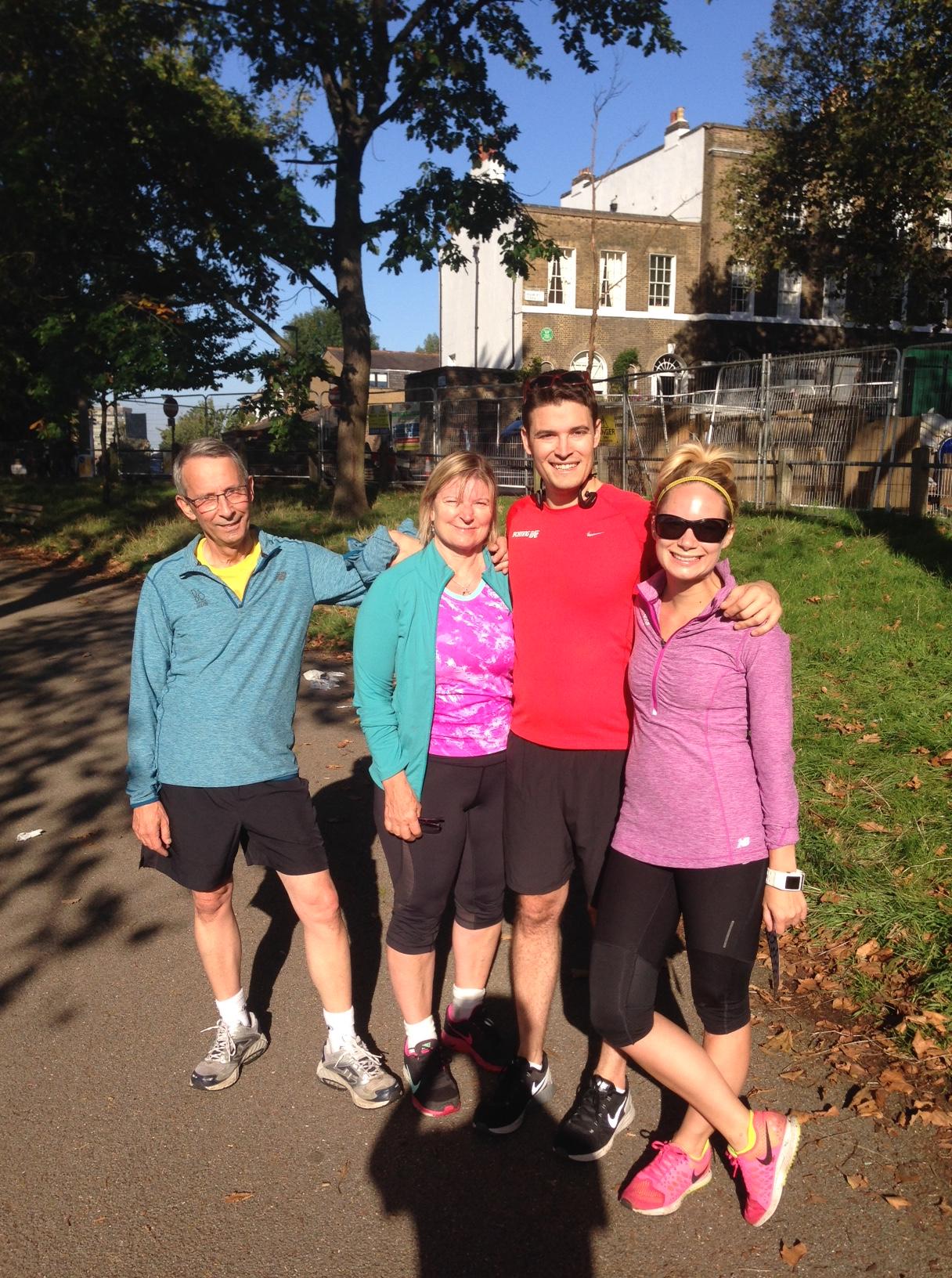 My in-laws and husband at our first ever Parkrun last September!

This past weekend was the 250th Parkrun at Highbury Fields so we went, dressed in our finest green running kit to honour the theme of the event. I haven’t been running terribly fast or often these days so I had low ambitions for my performance on Saturday. Running has really taken a backseat the last couple months as I have been focusing on swimming and cycling for the upcoming London Triathlon. Running is my area of expertise and I figure anyone can stay upright on a bike, so I reasoned that I should focus mainly on swimming so, you know, I don’t drown.

I was delighted to see that Saturday’s Parkrun had pacers – everywhere from 21 minutes to 30 minutes. I thought I’d try to stay near the 26 minute pacer, which would be an ambitious target considering I was running at or slightly above 27 minutes for the last several weeks. We set off and nearly immediately, I was behind the 26 minute pacer. Then the 27 minute pacer. And then the 28 minute pacer! It spurred me into action and I picked up the pace. Surely, I could beat 28 minutes. The route is simple – five and a half times around the tiny park. By the 4th time round the park, I caught up and passed the 26 minute pacer and was feeling quite proud of myself, until I reached the final 200 meter hill to the end. It never seems that steep until the final, interminable time up the hill. It was literally all of my soul to keep pace. 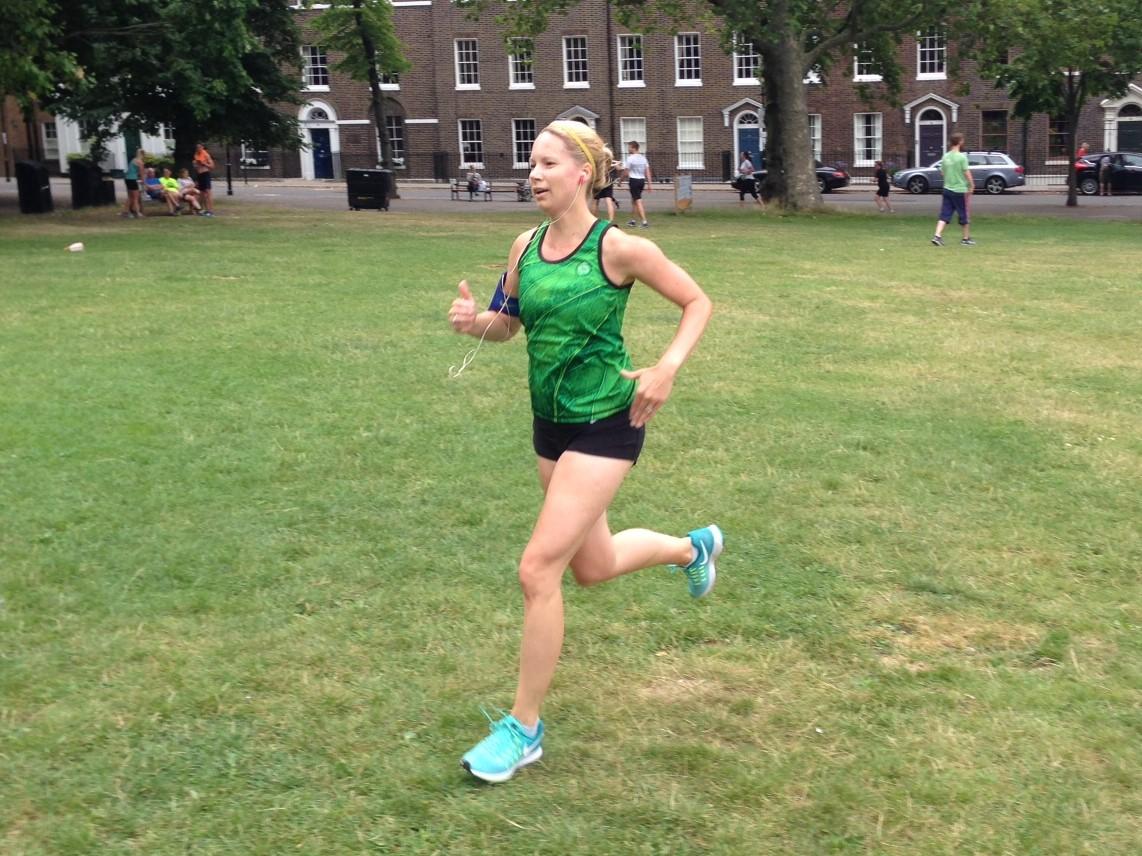 Look at that form. You’d never know I was near collapsing at this point! Cool running tank from one of my fave companies: INKnBURN.

I crossed the finish line at 26:18, a minute faster than last week, and a mere 50 seconds off my personal best. Not a bad run, considering I haven’t really been running! 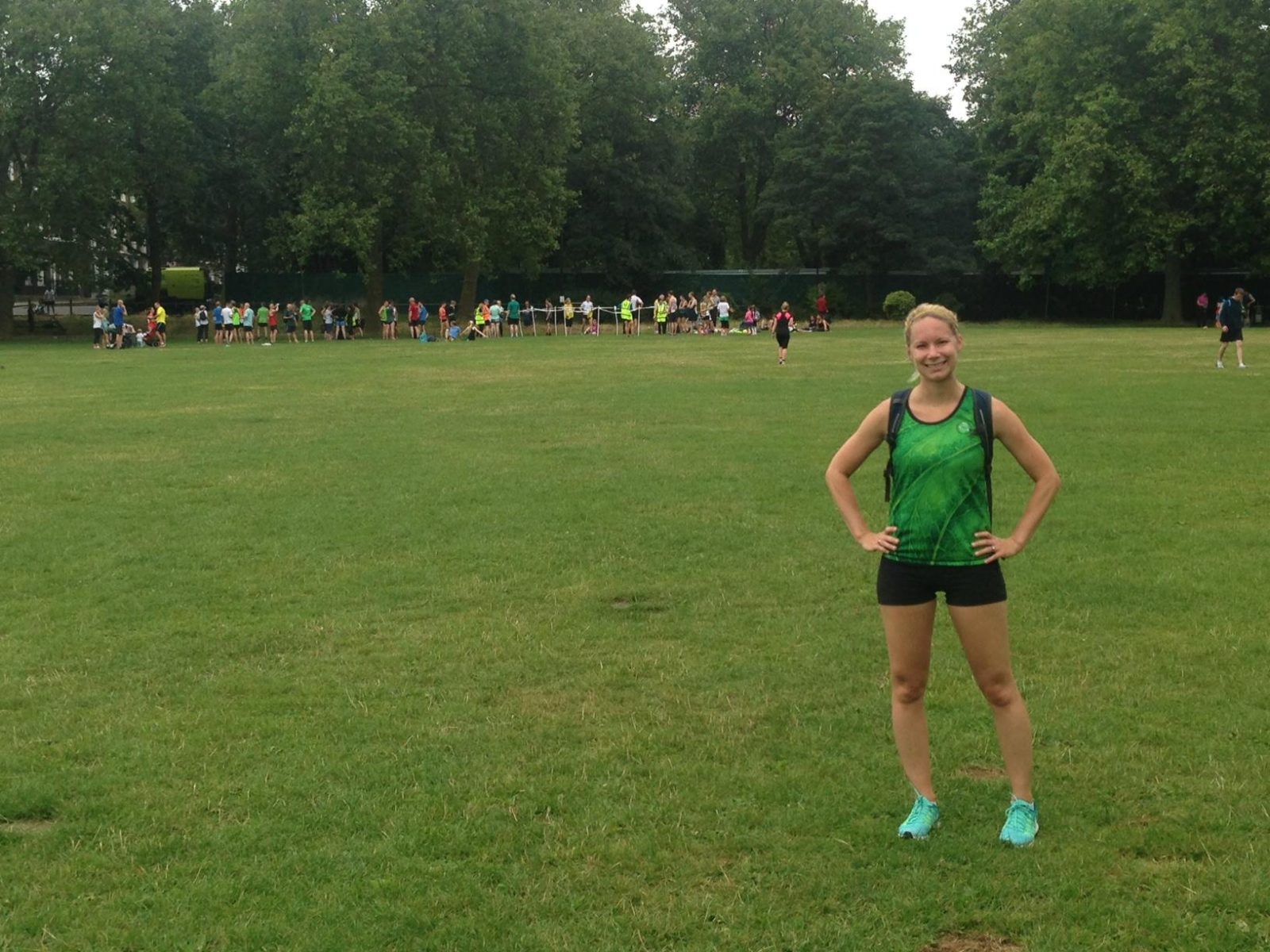 After the run, we ventured off in search of brunch and ended up at The Breakfast Club near our flat for some well-deserved grub, before we headed off on our bikes for the RideLondon Freecycle. As part of the RideLondon weekend, an 8 mile circuit of the city was closed for an afternoon of cycling on traffic-free roads in central London. I hate cycling in London. I find it an absolutely nerve-wracking experience so this was a unique opportunity to cycle around the city, in a completely stress-free way. The route, though very crowded at times, passed by some of London’s most iconic landmarks and it was a nice way to spend an afternoon and get a little more comfortable on my bike. 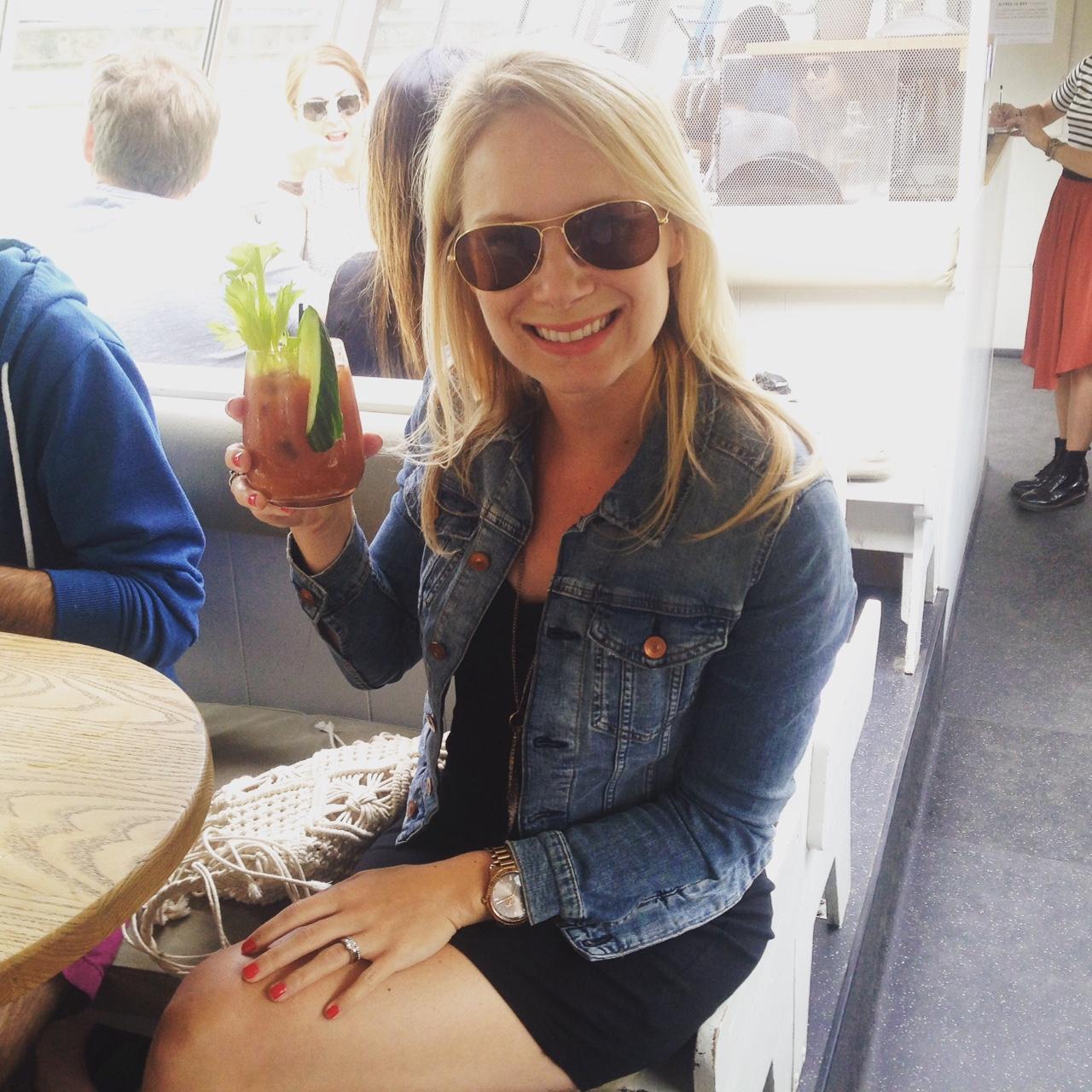