After watching my husband and mother-in-law in the Blenheim Palace Triathlon last month, I was inspired to sign up for a triathlon myself. The prospect of swimming in open water still terrifies me, but I decided to go for it, and I signed up for the sprint distance London Triathlon in August. 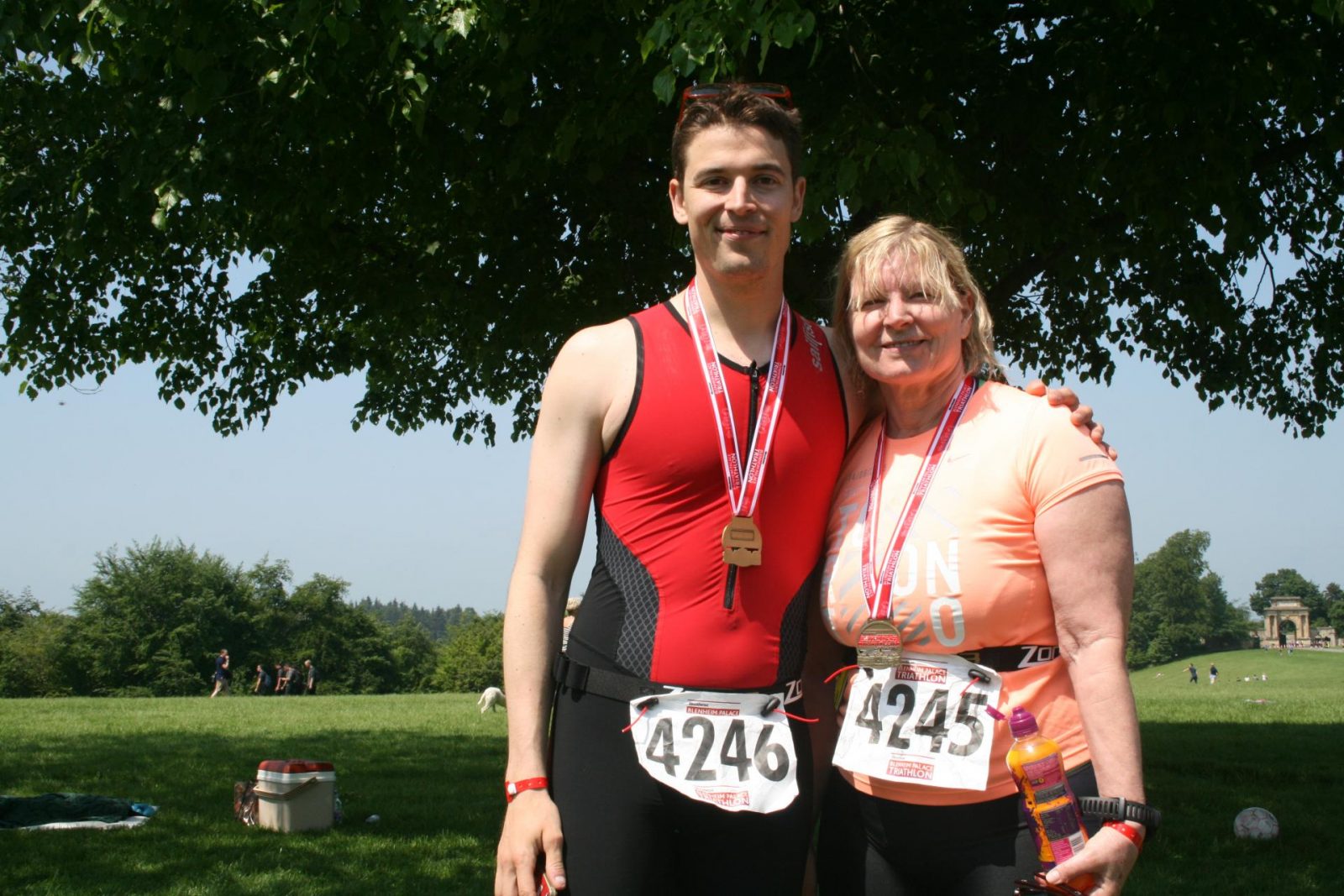 And really, it’s about time. I have been swimming regularly for months. I have regularly attended spin classes for as long as I can remember. I now own a road bike and have participated in two duathlons and I have been an avid runner for many years. In fact, I have been thinking about doing a triathlon for more than a decade when my friend Tina first did a small triathlon in our home town of Kincardine, Ontario. I went as a supporter/cheerleader. Check out this sign I made once: 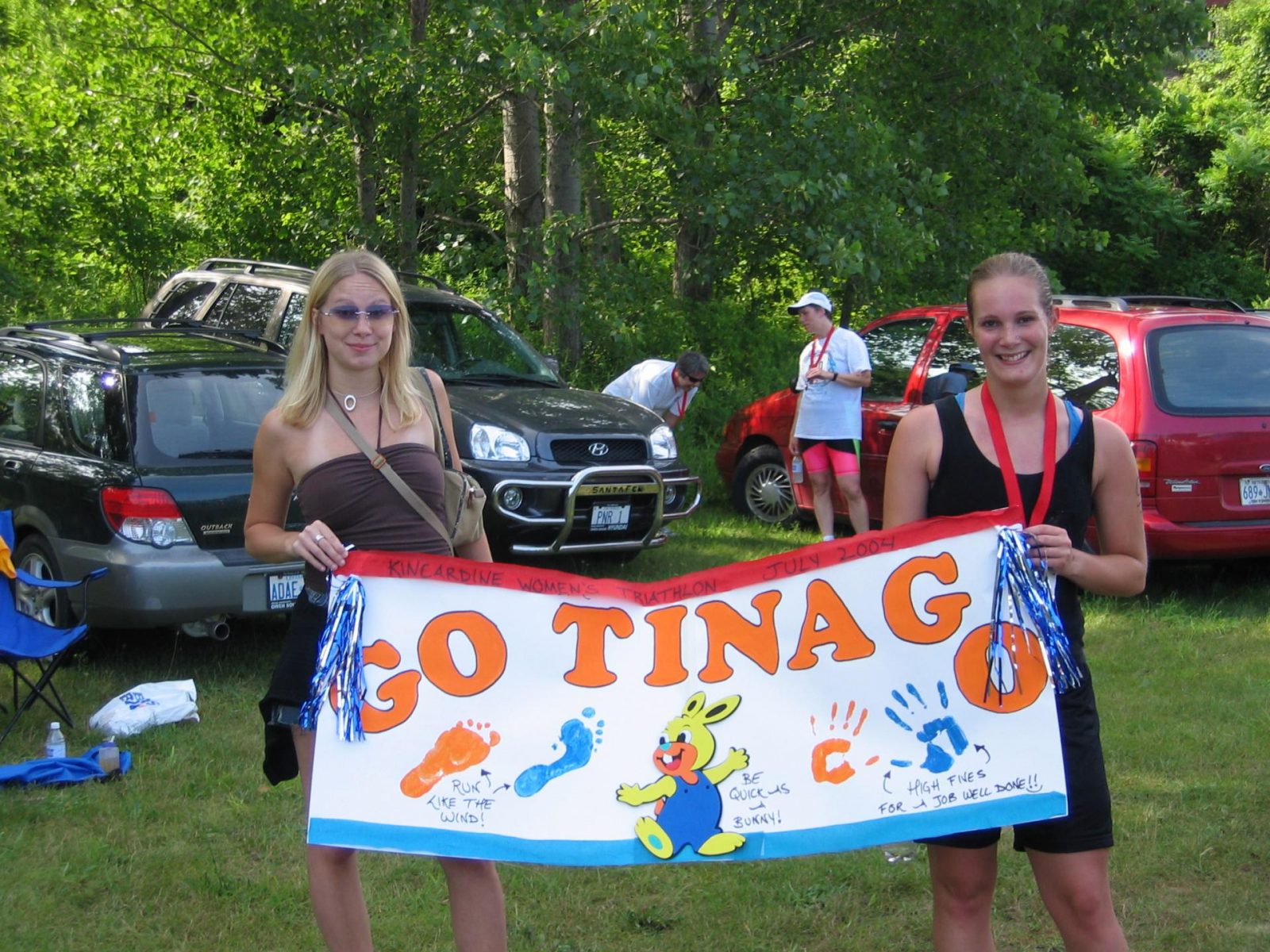 Tina’s Triathlon in 2004! This was before I did any exercise at all, as evidenced by the outfit I chose to wear to a triathlon! But hey, at least I had cool sunnies. haha

So, finally, after years of procrastinating, it’s done. It’s happening. And now I’m starting to have the same pre-race jitters I had before my first marathon. I hate being new at something. Yesterday, I went on my first group cycle with the Islington Cycling Club – a beginner ride that I was told would be short and slow. It felt like neither of those things to me, firmly establishing my ranking as a total amateur. 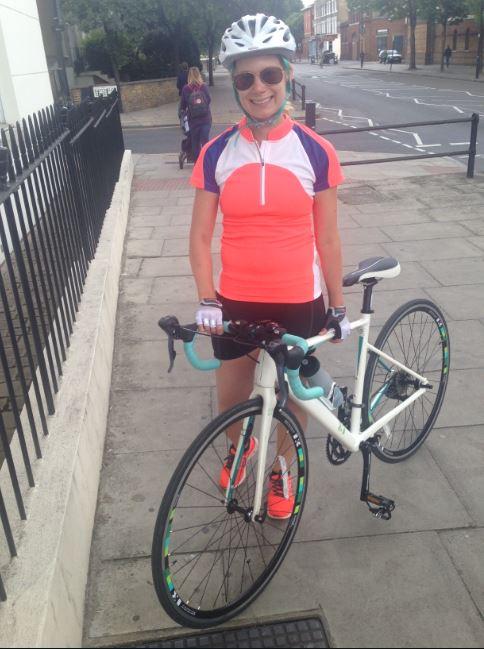 At least I look the part

As if sensing my fear and lack of motivation, the latest edition of Runner’s World arrived this week and it had a small article called Give it a Tri – all about how triathlon training can help make you a better runner! Especially appropriate as I am starting to feel like my running ability is being side-lined as I focus on two sports that I am a total newbie in.

Borrowed from Runner’s World, here are the running benefits of the different aspects of triathlon training:

Swimming teaches you breath control which is essential to running. The article says that you learn to synchronise or “entrain” your breath to your movement, which helps with running economy. The added bonus is that swimming also increases ankle flexibility and reduces your risk of foot and lower leg injuries….and everyone looks super cool in a wetsuit! 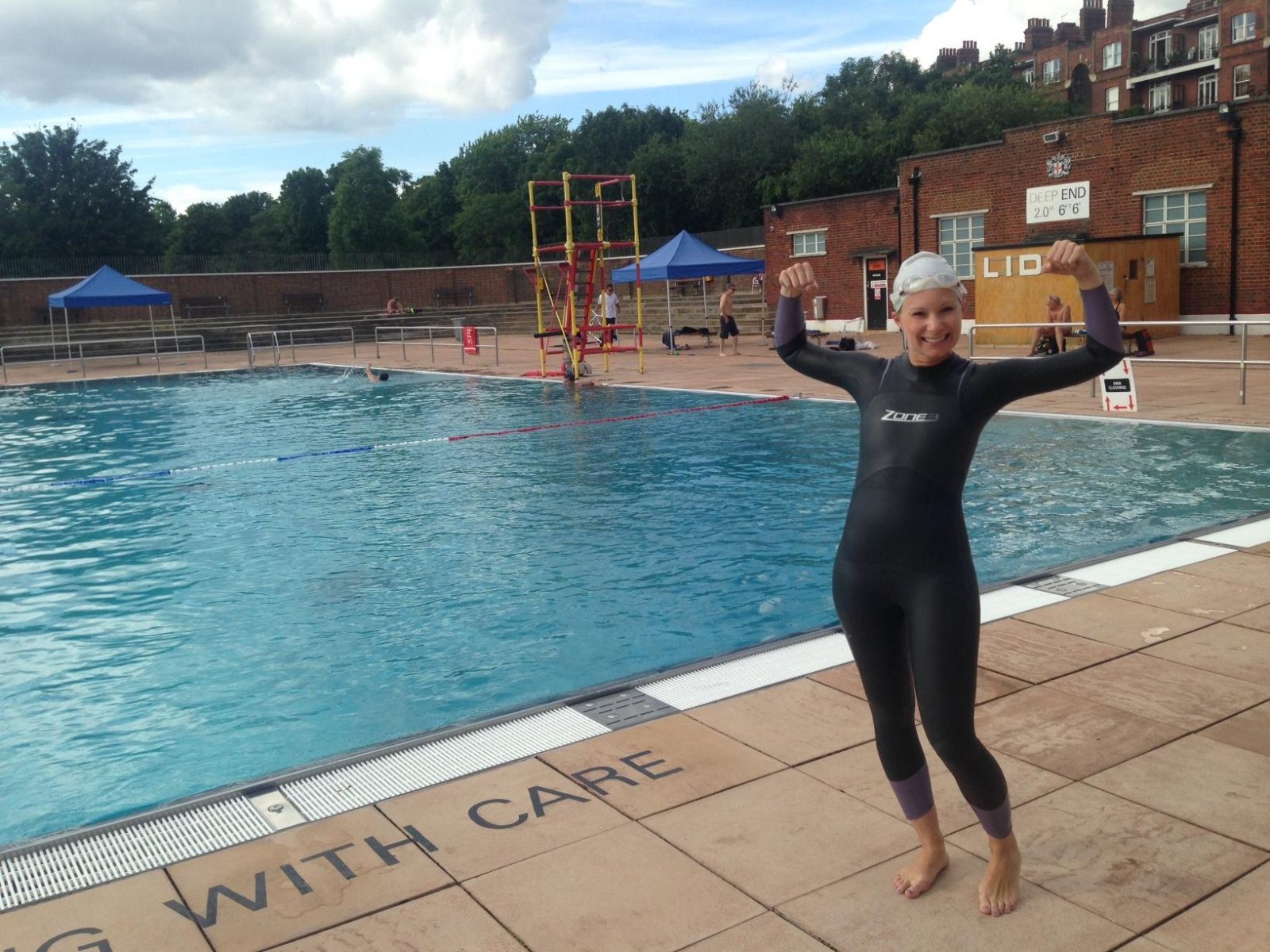 Practicing in my wetsuit at the Hamstead Heath Lido, an outdoor 60m swimming pool

Cycling provides you with cardio fitness without joint impact. According to one study cited in the article, runners who added three rides a week to their schedule improved their 5K time just as much as those who added three runs! The added bonus is more calf and quad strength which helps with hill running.

Running off the bike

Have you ever tried to run right after a long bike ride? It’s basically the worst thing ever. However, doing this helps to increase cadence. According too Runner’s World, research shows that the best way to ease the transition from cycling to running is to shorten your leg stride and speed up leg turnover – a strategy that increases running efficiency. The added bonus is pain tolerance, helping you to run faster and longer at times where you didn’t just complete a 20K ride.

Have you ever done a triathlon? Did it help improve your running?