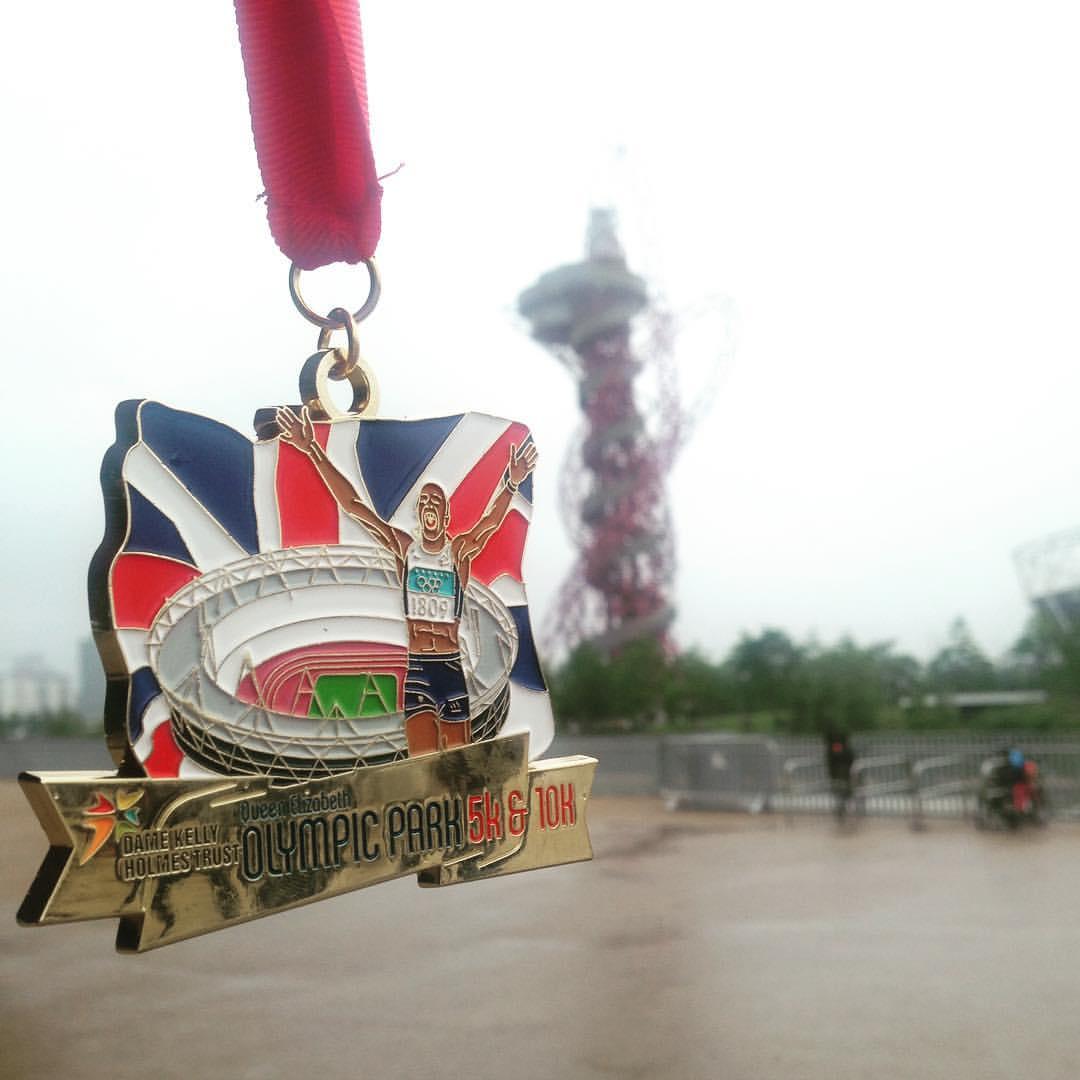 Check out that lovely piece of hardware and the ArcelorMittal in the background – the start of the race.

With a rare weekend with nothing on the calendar, I decided to sign up for my first 10K race of the year: The Queen Elizabeth Olympic Park 10K. As the name would suggest, the event was held at Olympic Park – an inspiring venue for a run and the same place I did my recent duathlons. It was a small race with a 5K and 10K option and it supported a good cause: Dame Kelly Holmes Trust, a charity that helps people facing disadvantage. It was all the makings for a great day.

Unfortunately Mother Nature did not cooperate the weather forecast was grim at best. Luckily, I ambitiously signed up for the “elite” start time (sub-55 minutes) which started at 10 am. While it rained throughout, the torrential rain started at 11 am, the start-time for the second wave of runners. I accidentally planned that very well.

Admittedly, I was a little worried that I wouldn’t be able to maintain a pace fast enough to see a sub-55 minute finish, but I guess rain makes me run faster. Despite a major side stitch at 8K, I managed to maintain a great pace throughout and finished the race well within my goal with a time of 53:50.

While I was prepared for a rain run, I had a total technology fail. Not only was my iPod dead (despite being plugged in all night!), my GPS watch was still set to miles from my recent duathlon. I have no idea what a good average pace is in miles. I didn’t even really know what 10K was in miles. I spent the first 10 minutes of the race trying to mentally convert miles to kilometres, ultimately failing and deciding that 8 minute miles sounded like something I’d read in Runner’s World as being a decent pace. So that was my goal.

One the challenges with running a race alone is that you have no one to take a cool picture with after the race. Because I am trying to take better blog photography (have you noticed?), I brought my real camera with the intention of taking a few shots after the race. Unfortunately, the camera was dead. Sigh. Thankfully, the race had some photographers onsite and they posted all the pictures on Facebook today. After sifting through 1,000+, I found three of me – all bad, but here’s one. Just for fun. Disregard the fact that I look drunk for some reason. 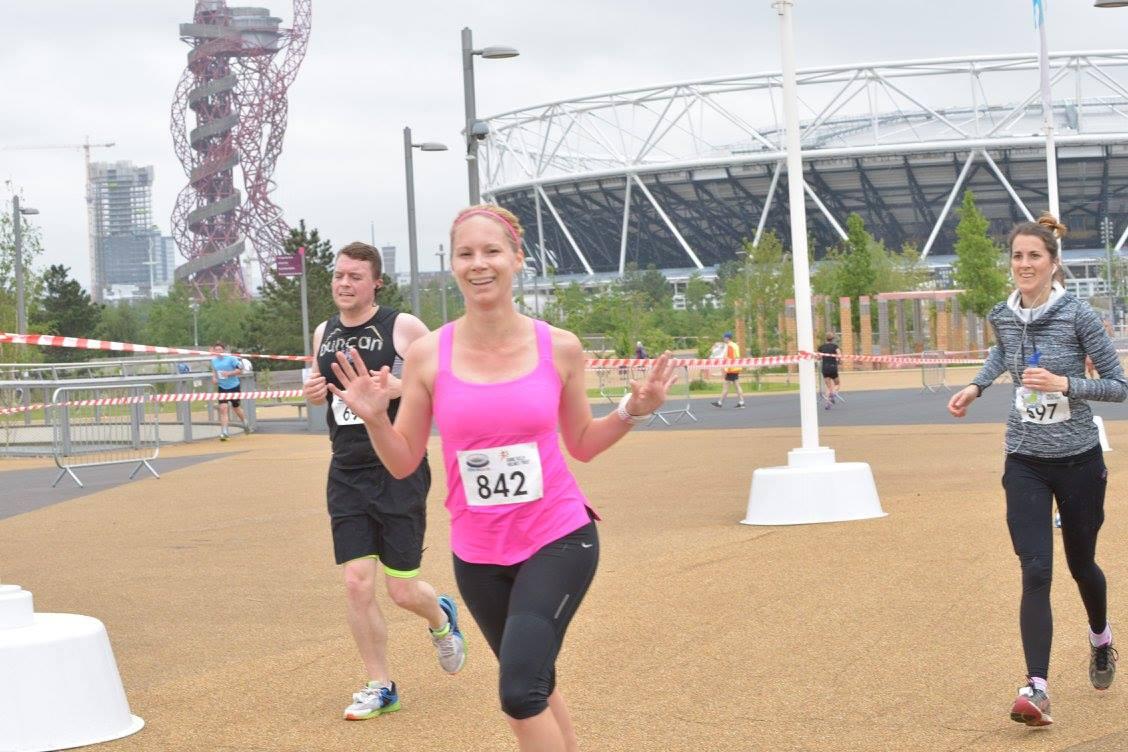 Despite the horrible weather, I’d like to give the event volunteers a big shout-out. They were super enthusiastic offering words of encouragement and high fives, even while standing in a downpour. Their animated cheers were very much appreciated, especially as I was slowly going blind from a mixture of rain and sweat in my contact lenses.

Overall, a small, friendly race. If the weather had of cooperated, it would have been nothing short of a perfect morning.

UPDATE: After taking one last look at the race pictures on Facebook, I found one final one of me crossing the finish line!